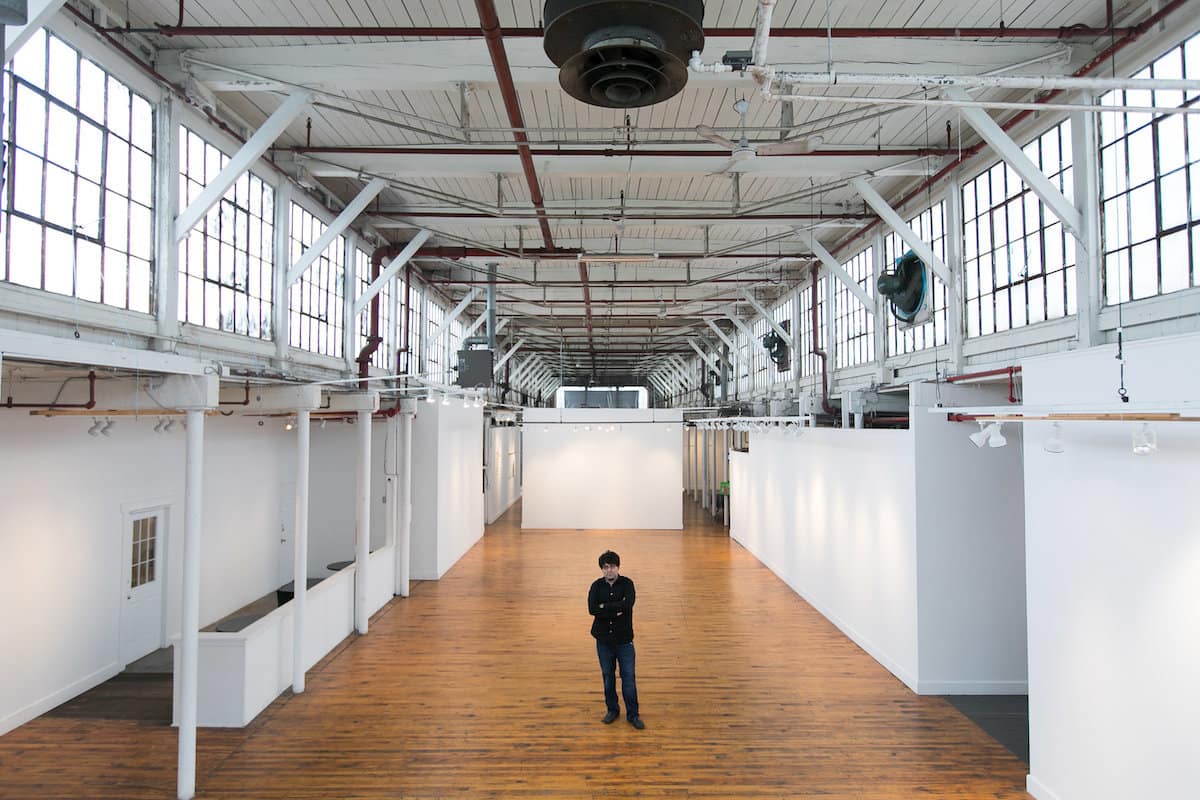 Ever since the Rockwood Sprinkler Company moved out of Worcester, Massachusetts, in 1981, its namesake factory building has attracted local creatives. The space was first discovered by an artists’ collective, later known as the Worcester Artist Group, that put on rock shows (including—in one memorable, room-capacity-busting night—Fugazi). A wide variety of creative endeavors called the location home over subsequent years, and in 2010, nonprofit arts organization the Sprinkler Factory turned the building into a more focused and organized home for Wormtown’s artists. Now, two literally cavernous gallery spaces—each 3,000 square feet with 24-foot-tall ceilings and 360 degrees of natural light—are balanced by numerous artist studios and maker spaces, which offer classes in glassblowing, ballet, printmaking, pottery, and even muscle building (courtesy of the Weight Room, a personal training studio). 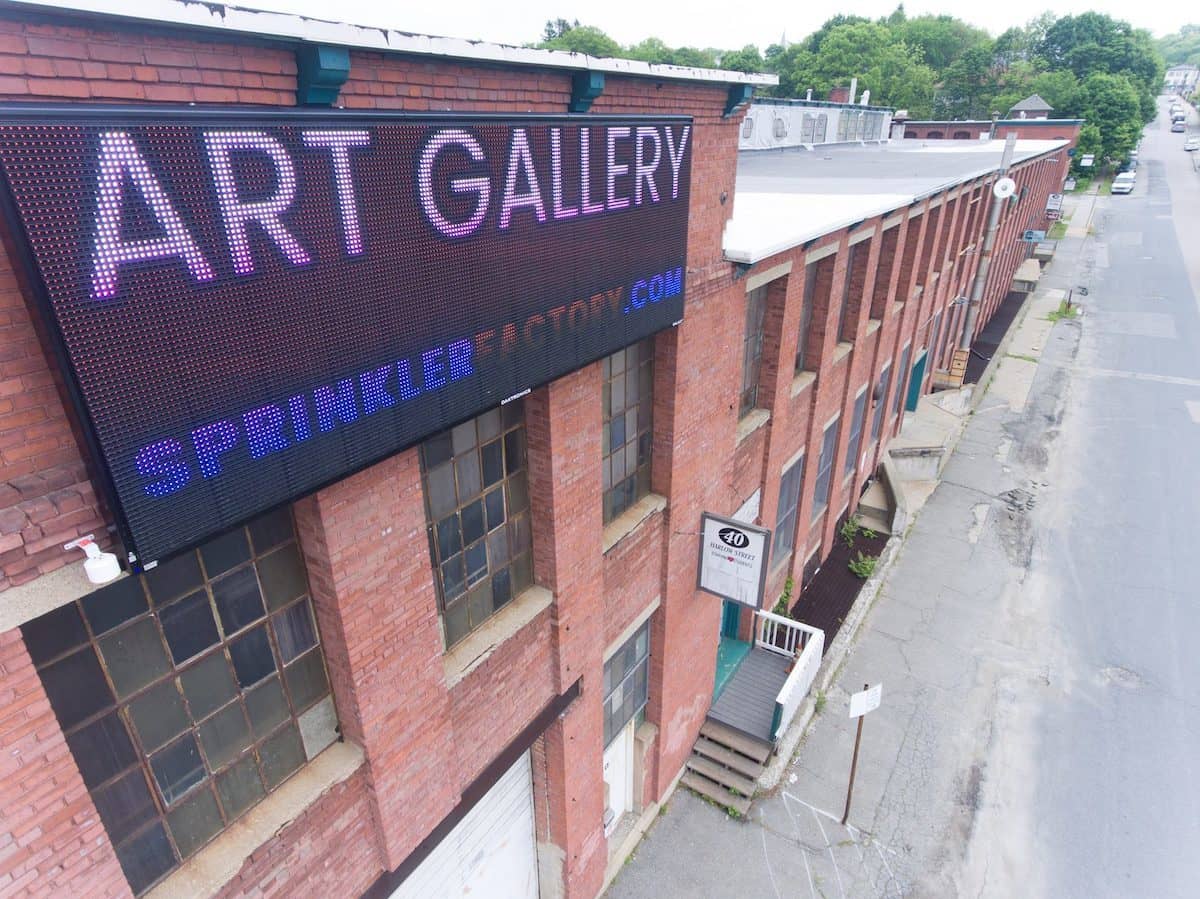 About those galleries: they’re filled by, well, anyone. Apply online, and if your proposed exhibition is approved, it’s all you. “I encourage the artists to take ownership of their show, and sort of steer it in the direction they imagine,” says Luis Fraire, the Sprinkler Factory’s gallery director, of his hands-off approach.

Last year, the Sprinkler Factory expanded its program to host live performances and events. The busy schedule has already included a dance performance inspired by Franz Kafka’s A Hunger Artist; an Armenian film festival; a sitar and tabla concert; and several plays, presented through a collaboration with 4th Wall Stage Company. The Sprinkler Factory’s foray into the performing arts has involved “a lot of experimentation, trial and error,” says Fraire. “But so far, so good!”