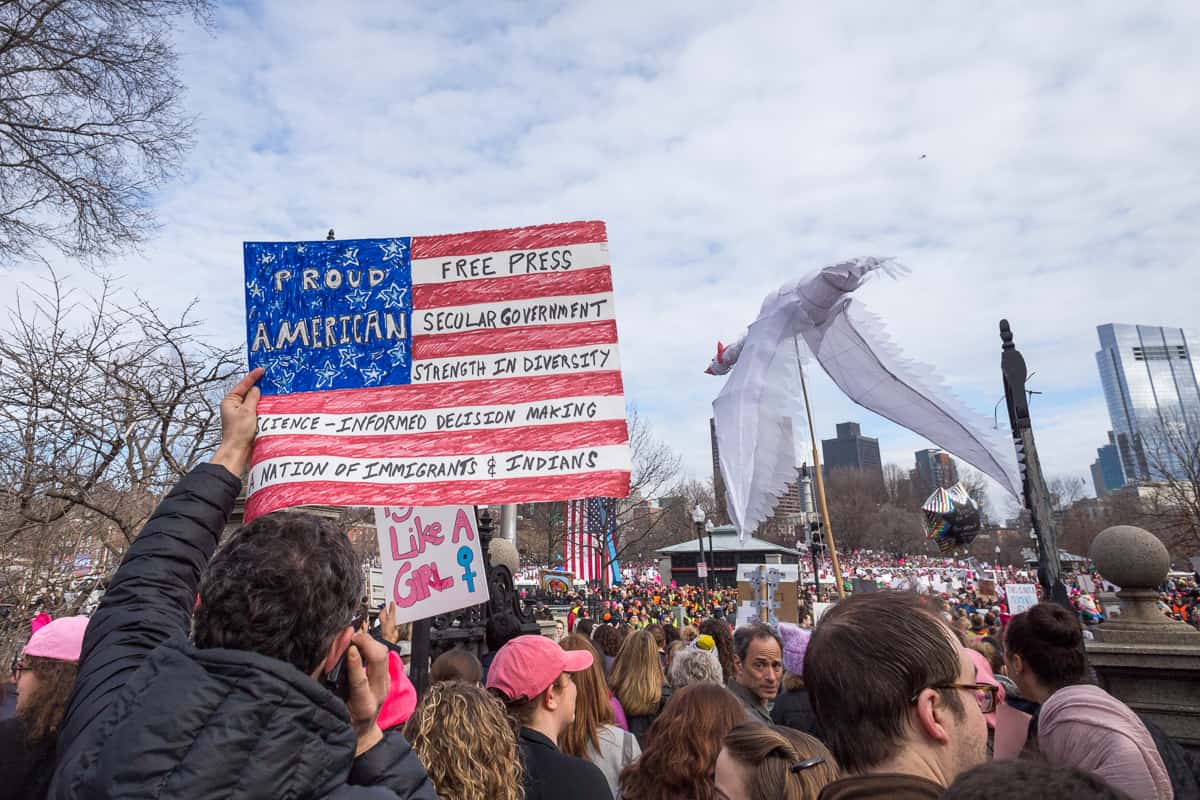 Take’s Managing Editor reflects on the importance of heart, hope, and yes, headcount, at the Women’s March in Boston.

Artist and sculptor Sally B. Moore held a large, glorious, kinetic white bird high above the crowd. Its sign read, “When they go low, we go high,” and was a natural leader and point of reference, with throngs of people following it to the main stage—its wings gracefully arcing up and down and moving everyone forward.

Anya Vedmid and Scott Murry caught our eye as well, their yellow yelling tiger signs urging us to “Grab Back.” The group had spent the night before supporting women’s rights organizations by planning a fundraising art show at the Hatch Fenway. Vedmid and Murry’s signs were a standout; they’d also made some t-shirts and buttons. We talked about how people are getting excited about organizing, and finding creative ways to speak out. There will be more to come from The Grab Back as they start to #TakeAction. 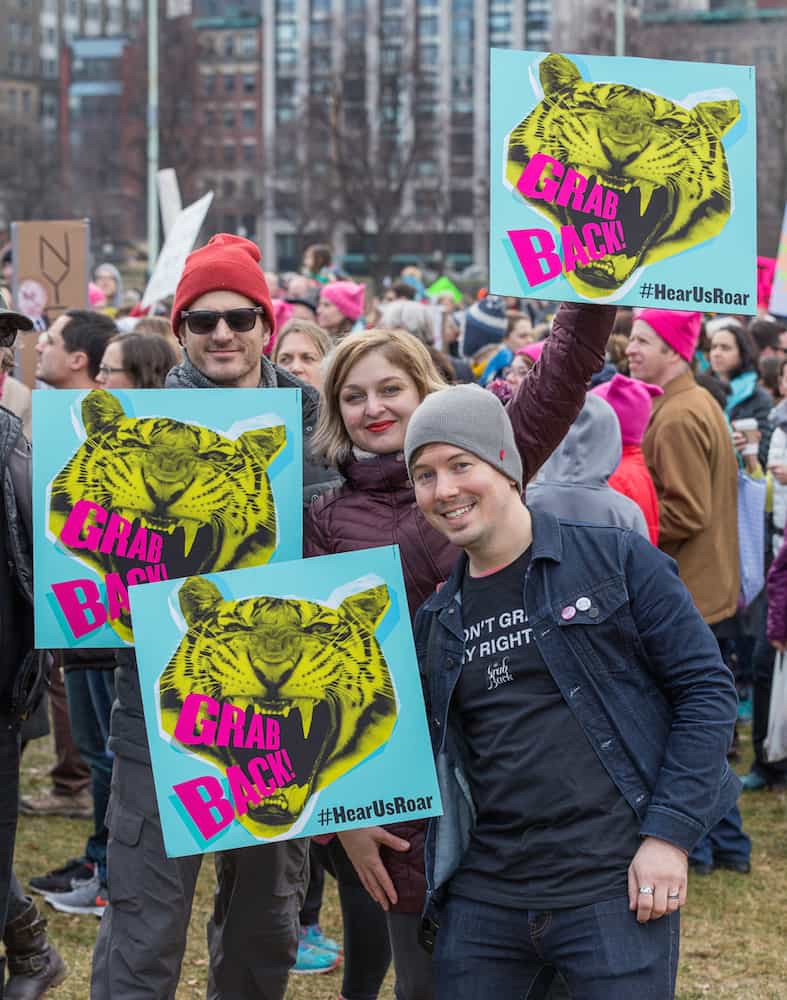 Women’s March for America 2017, Boston | The Grab Back | Photograph by Henry Amistadi

It got crowded quickly. A press of people, but never oppressive or scary. Photographer Henry Amistadi and I positioned ourselves near the march’s Charles Street entrance, where he scrambled onto a granite post for a better view. We could see people pouring into the Common from all directions. Small talk came naturally and easily. Two older women had worn their mother’s coats along with their pussy hats. There was music—a New Orleans-style jazz band and an out-of-time tambourine—and many, many compliments in the air about people’s signs, pins, hats, and t-shirts. A tremendous feeling of camaraderie. I heard the words “This is amazing” over and over again. 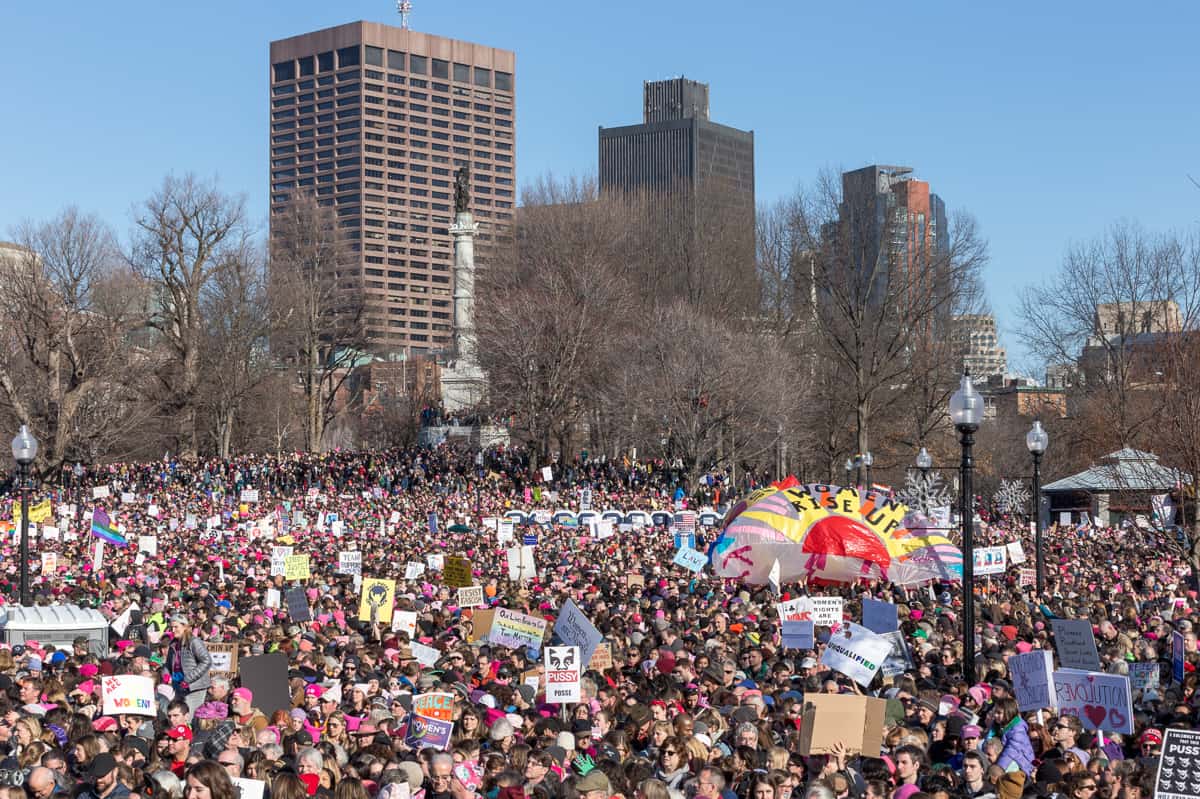 At some point a huge, homemade, multicolored balloon with the words “Rise Up” was bounced atop the crowd—a big hit on that unseasonably warm and cloudless day. Most agreed that we were ready to continue to be fired up, to protest and speak out about our “new normal.” I did see one unhappy group: inexplicably, four people with grumpy faces squirmed their way through the crowd in the opposite direction, mumbling “Freedom Trail” as they squeezed by. Tourists. I still don’t understand how they managed to do that.

There was lots of friendly banter, talk of this being the most hopeful we’d felt in weeks. Lots of chatter about us just getting started. By 2pm, people were ready to march, needed to get moving; we stood up against the iron fence and watched sign after magnificent, hilarious, poignant, emotional sign walk by and down the street. The public garden was especially beautiful, with groups of protesters dotted across the grass. 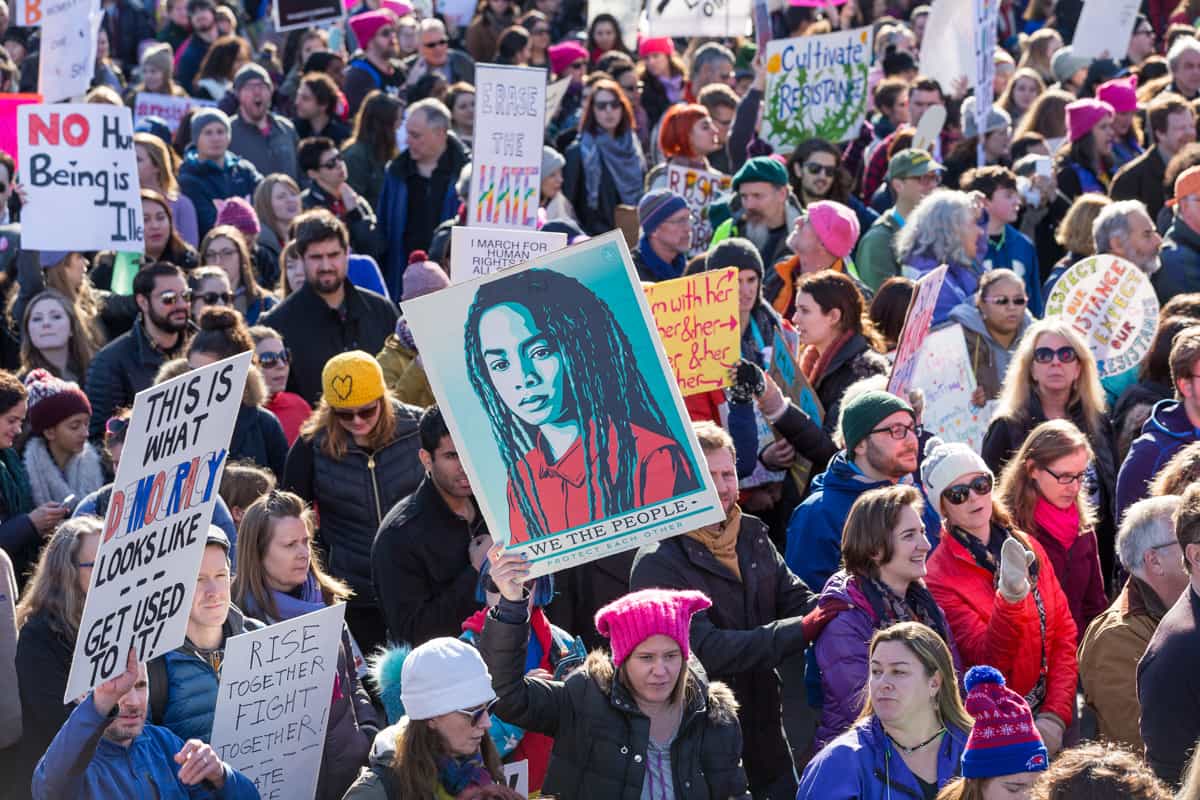 The fight is on, the struggle is real. But with this crew, we’ll win. It felt like a perfect amount of people coming together, like all of my friends were there.

And they’re all your friends, too.