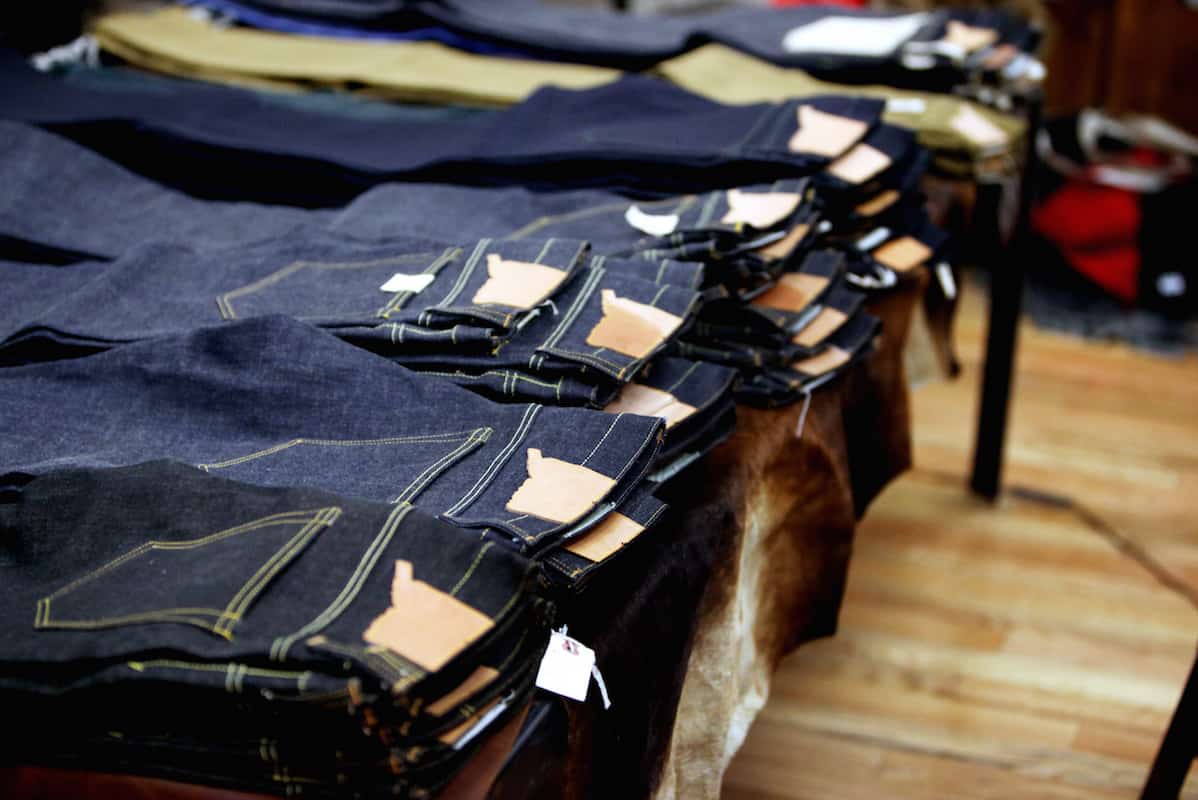 Hartford, Connecticut may not be one of the fashion capitals of the world, but trust us, they know how to do denim.

This article originally appeared in our November 2015 print edition.

At the Hartford Denim Company (aka Hardenco), jeans are not just made; they are built.

That is, they are constructed from raw selvedge denim, which means that the fabric has a self-finished edge and doesn’t unravel or fray. It also means these jeans are built to last, because Hardenco extends a unique offer with each pair: a lifetime of free repairs.

“The jeans you find at a mall are ‘stonewashed,’ which means they’re run through a huge washer with volcanic rocks, which practically destroys them,” says Hardenco co-founder Marshall Deming with a sigh of dismay.

If you want “distressed” jeans from Hardenco, you’re going to have to distress them the old-fashioned way—by putting the wear on them yourself.

Deming, 31, founded the company in 2010 with high school friends Luke Davis and Dave Marcoux. “We see jeans as a tool to protect you from the elements and from hard jobs. Jeans also make a simple lifestyle statement. . .you know, a pair of jeans, some boots, and a shirt is all you really need.”

The idea for making jeans began when Deming and his two buddies from Conard High in West Hartford went camping. They’d sit around and make wallets and belts, and then Davis began deconstructing pants to learn how they were made.

A lanky, bearded free spirit who hustles around the 3,000-square-foot workshop in his bare feet, Deming declares that he and his partners are “100 percent self-taught. We started off in each other’s garages. Finally, a friend’s father, who had one of the last sewing shops in Hartford, let us use his cutting room.” 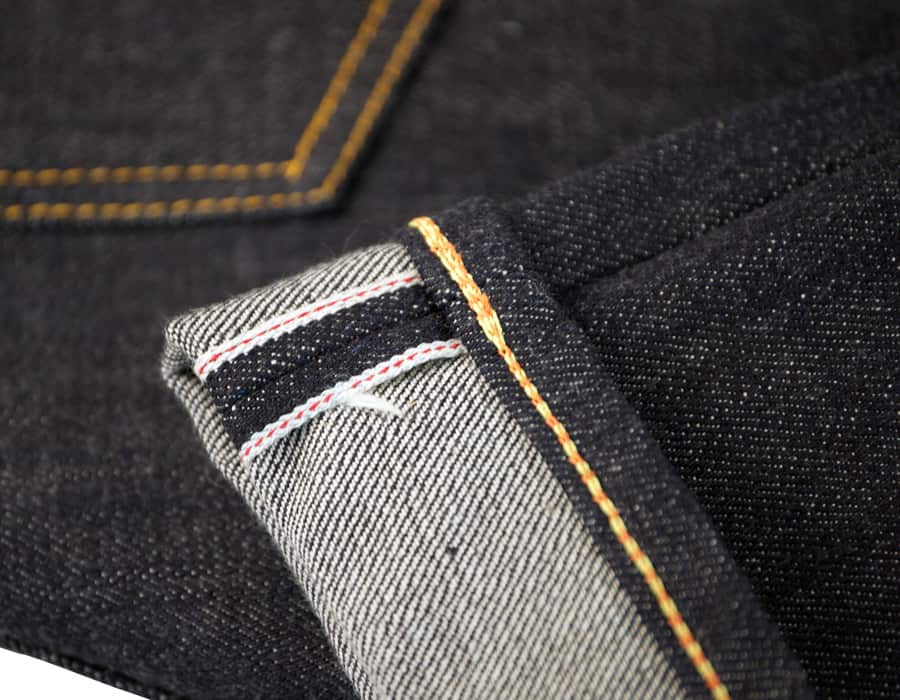 Five years and three working spaces later, they’re ensconced in the basement of an old brick factory on Bartholomew Avenue in Hartford’s energetic, eclectic Parkville neighborhood. The workshop both embodies and ennobles Hartford’s rich history, when sewing factories were running round the clock. Inside its dusty corners can be found a museum’s worth of antique tools and machines the trio have collected over the years that are now being put back into operation.

Every pair of Hardenco jeans is handmade by a full-time staff of five (which includes the three co-founders), who also make travel bags and shop aprons (George Dickel Tennessee Whisky buys 300 of these at a time to give out as promotional bartending aprons). “Built in Hartford, Connecticut” is stamped on the inside of each completed pair of jeans, and a distinctive leather patch in the shape of Connecticut is sewn above the back pocket.

The retail price for a pair of Hardenco jeans is $235. They also sell factory seconds and older stock for far less (just visit the showroom). The company receives orders from all over the world, even the unlikeliest of places.

“One order that came from a guy in Siberia brought tears to my eyes,” says Deming. “We are the only ones who sell raw denim jeans in his size, 42 waist. Most stop at 38. He told us about the first pair he ever had. It took him four months working in a monastery to save up enough money to get them. They came to him stiff in the carton, and he said he would never forget that smell when he took them out and held them up. He called it ‘the smell of freedom.’”