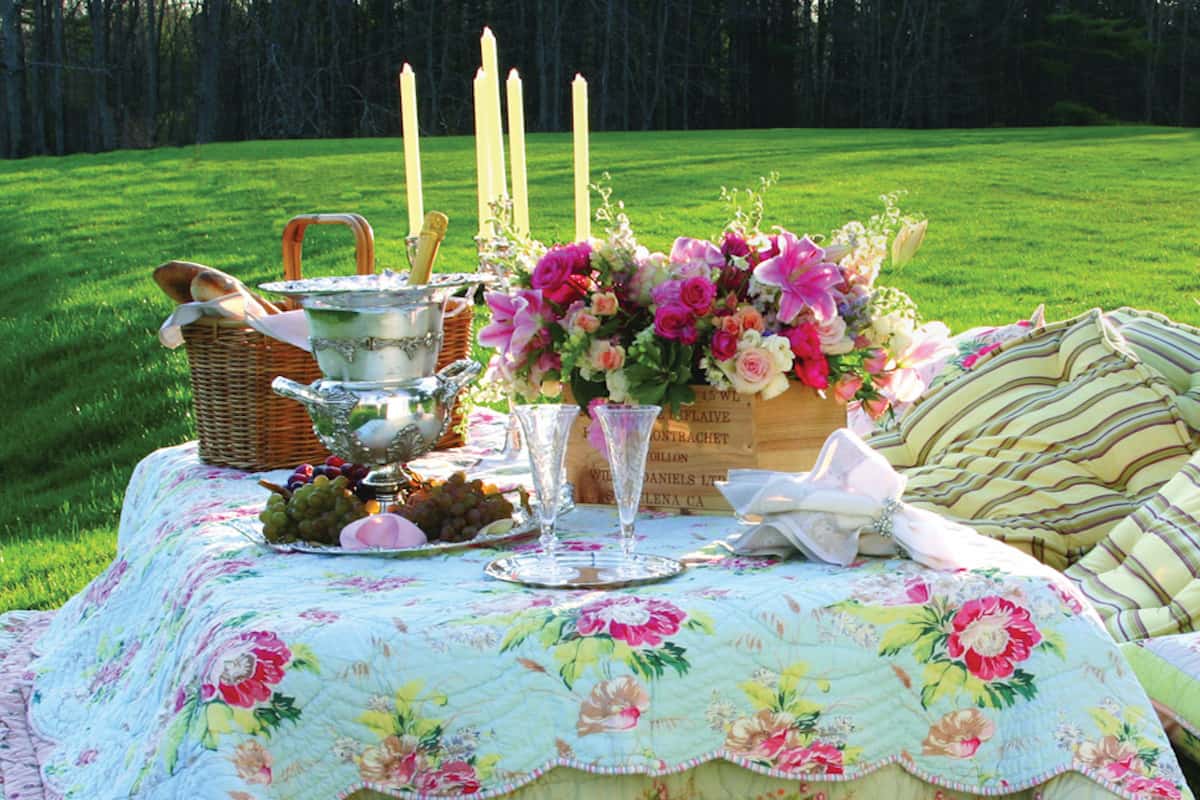 Decades of Tanglewood picnics from modest to fancy are documented, remembering life on the lawn in the Berkshires.

Flipping through Berkshires writer/editor Gina Hyams’ book The Tanglewood Picnic: Music and Outdoor Feasts in the Berkshires is like flipping through a good friend’s family scrapbook. You may not know everyone in the photos, but you enjoy seeing the memories come alive on the page.

The book, which was in its second printing when we caught up with Hyams, is a visual love song to Tanglewood Music Center and its distinct vibe. A transplant from California with multiple food-related books under her belt, Hyams initially thought the book would feature a lot of recipes and images of the fancy picnics with candelabras that “Tanglewood is so famous for.” 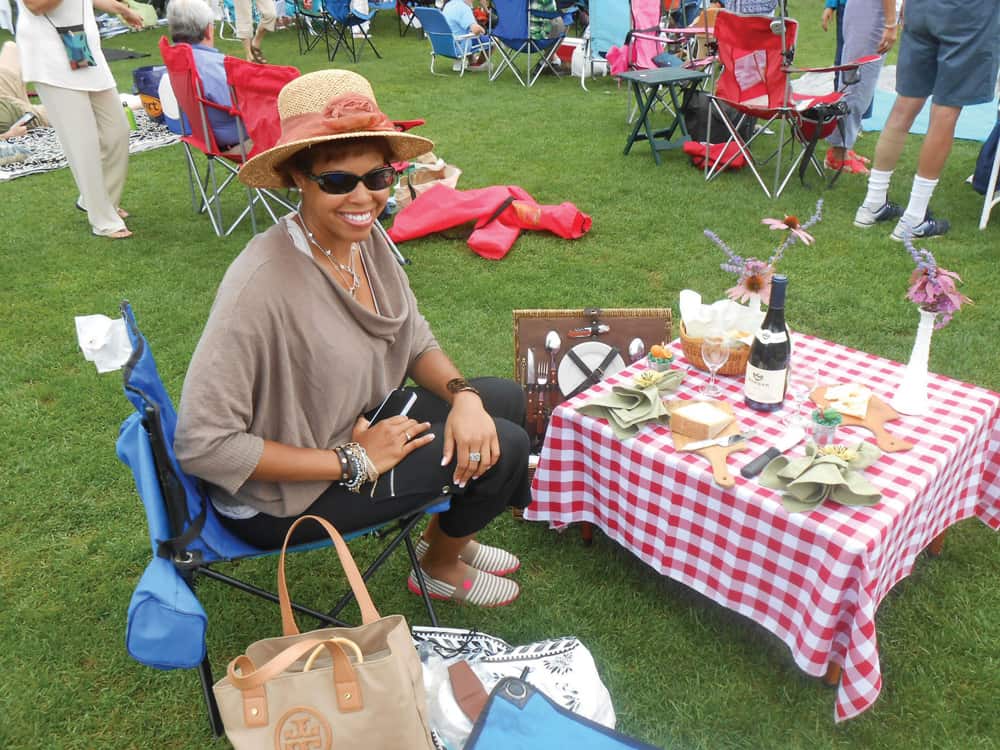 “But as submissions rolled in, it became clear that modest picnics were just as prevalent and important as fancy ones on the lawn, “ she says. “I realized that was the real story.”

Hyams put out a call for photos and picnic strategy tips last summer. She also asked people to describe what they love about Tanglewood picnics. To spread the word, Hyams contacted media to discuss her project, and she spent time in the Berkshire Eagle and Boston Symphony Orchestra archives. She also used flyers at local stores such as Guido’s Fresh Marketplace and social media. She tracked #tanglewood on Instagram, Pinterest and Twitter. 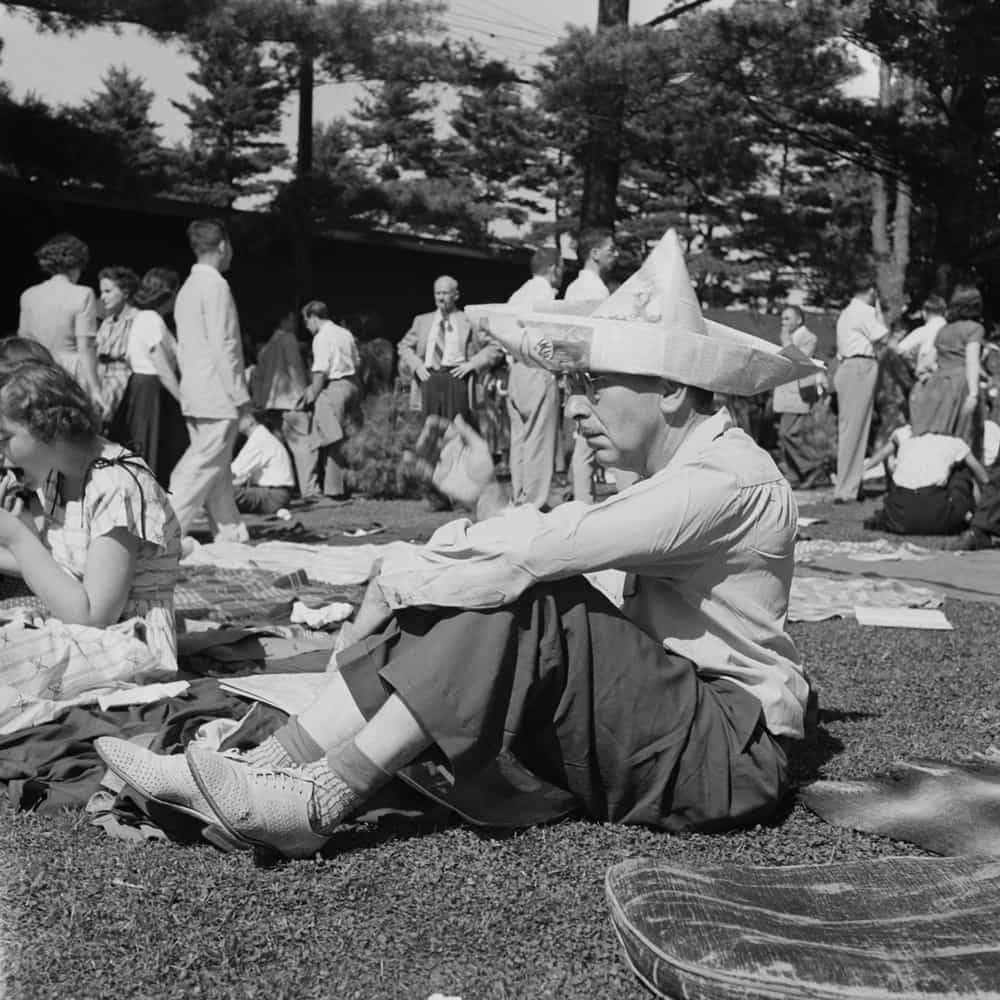 “I muscled my way in through the comments [to get images]. I was hitting people up every which way,” she says. “Some of best images came from tracking hashtags and images from iPhones on the lawn.”

To give the book structure, Hyams broke down what people meant when they talked about the magic of Tanglewood picnics — “which nearly everyone said.” She realized that, yes, eating was important, but so was doing other things, everything from knitting to napping and playing on the lawn — all while listening to great music. 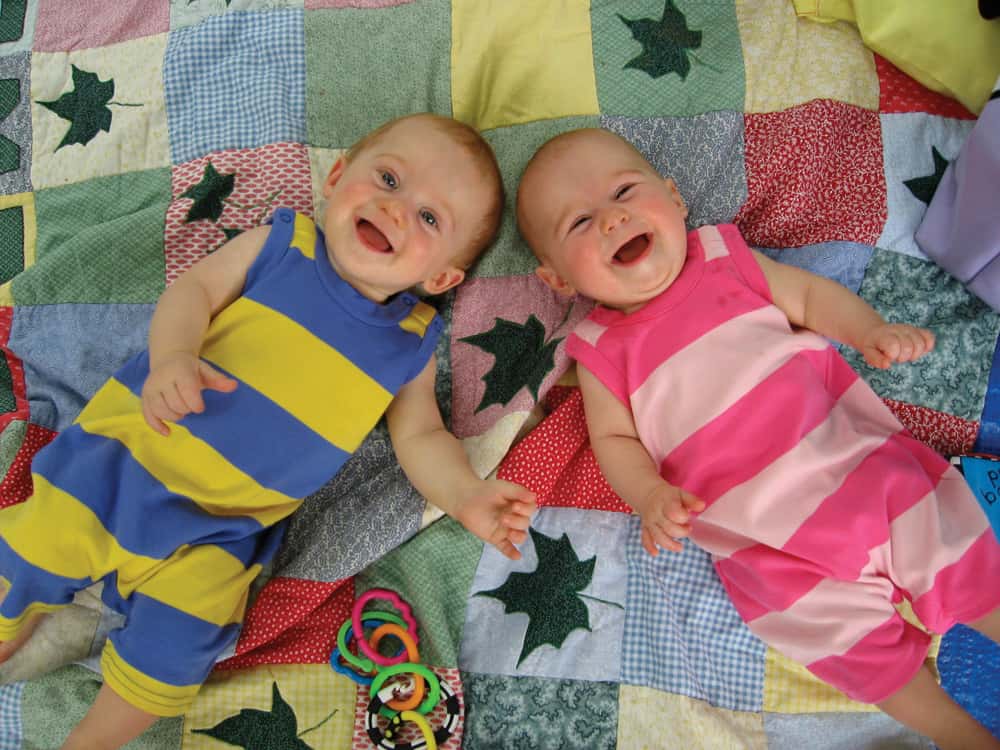 Zoe and Nathan Moskowitz on a quilt their grandmother, Norma Strassler, created in the mid-1990s in homage to her favorite Tanglewood sugar maple tree. | Photo courtesy Norma Strassler.

Hyams received about 500 submissions. The book has about 150 images and recipes from some of the Berkshires’ iconic institutions, such as the Red Lion Inn in Stockbridge, Massachusetts.

Hyams, who moved to the Berkshires about a decade ago with her husband, who grew up in Norfolk, Connecticut, says she instantly loved Tanglewood. “I was immediately smitten by the passion of picnickers on the lawn,” she says. “As a writer and editor I knew it was going to be a lively subject matter.”

Even she, however, has been happily surprised by the book’s positive reception. “The instant success of it is pretty exciting,” she says, “and quite a rollercoaster ride.”