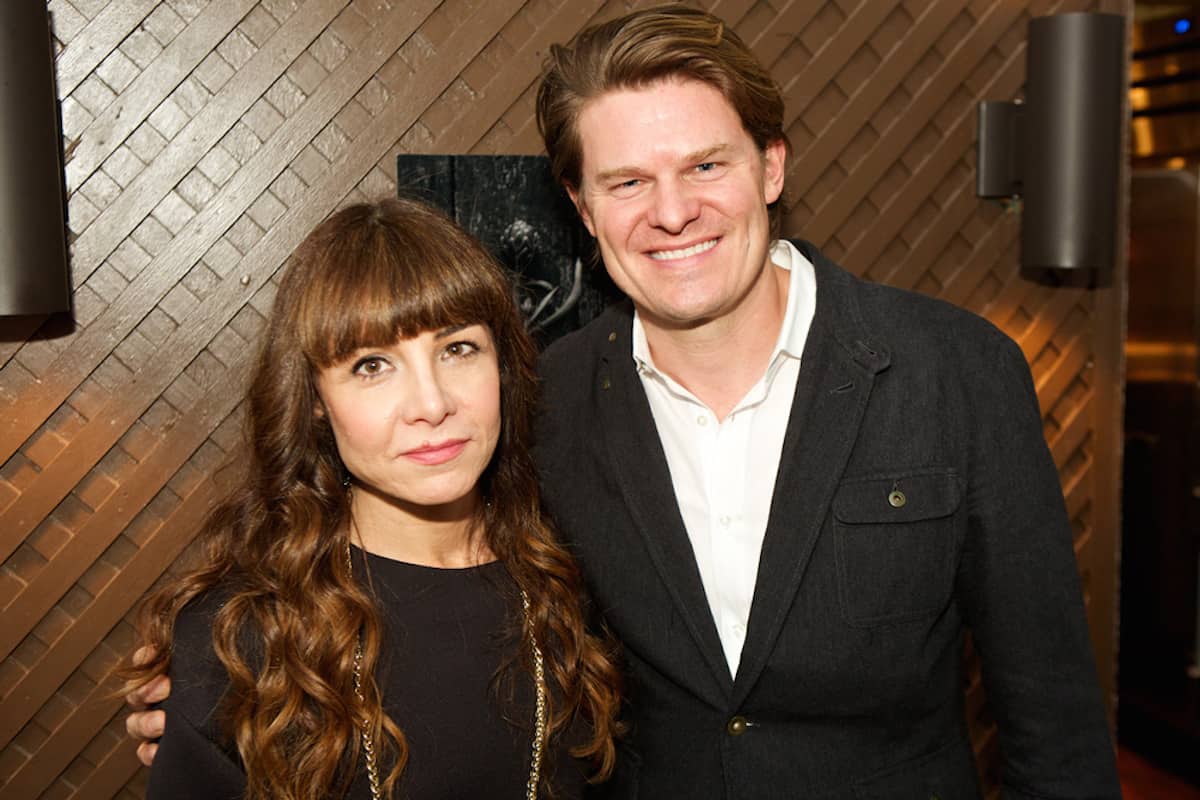 “Our two kitchen teams came together to share space, cooked their hearts out, and celebrated the moment”

The scene inside Mezze Bistro + Bar in Williamstown, Massachusetts at 9:45 p.m. is a lively one. Inside the high-ceilinged room where everybody seems to know one another, a woman with an air of Kim Gordon cool offers wine to a couple camped out in a corner banquette. She is Mezze co-owner Nancy Thomas, and her next stop is the table of five where the patriarch holding forth is Kim Wells, the farmer responsible for the evening’s pork belly special.

Seated at the bar is a guy who raised the cow that provided the milk for one of the night’s cheese selections, Maggie’s Reserve. It was his father, a Williams College economics professor, who in the 1990s took sophomore Bo Peabody, Mezze’s future co-owner, under his wing. Together they created Tripod, an early social-networking startup that would sell several years later in a deal that made Peabody a very wealthy 26-year-old.

Like many tech titans, Peabody existed on take-out. Unlike many tech titans, however, he decided to open a food enterprise in the Berkshires that was a pioneer of farm-to-table dining in the region. In partnership with restaurateur Thomas, his focus on local food back in 1996 was something that the tech world would call an early-adopter play. Today, Mezze Restaurant Group operates the Bistro as well as Allium Restaurant + Bar in Great Barrington, Massachusetts in addition to a catering and event-planning business.

“It’s nice to be in a business where you get to witness customer satisfaction in a real and immediate way,” Peabody says. “In the technology business, it’s all so virtual, and the gratification is often delayed.” He still launches successful technology enterprises as a partner in the venture capital firms Greycroft Partners and Village Ventures, of which he is also a co-founder.

Farm-to-table, nose-to-tail dining – with its inherent high food costs for organic produce and pasture-raised animals, and the skill level required to work with both – isn’t for the faint of heart. There is blight. There are uneven seasons.
Thomas takes it in stride. “I like to say I was a punk-rock kid who is scrappy and enjoys guerrilla survival tactics,” she says.

On March 9, it was showtime for the Mezze Restaurant Group, which presented “Berkshires’ First Taste of Spring Dinner” – fittingly after one of the worst New England winters ever – at the esteemed James Beard House in New York City. There was no room for error, and Thomas’ team was ready. The microgreens were “living” – still planted in their flat from Mill River Farm – and snipped to order on site. The lamb for “Lila’s Mountain Lamb, Quince and Fennel Marmellata” was raised especially for the meal.

James Beard, chef and champion of American cuisine, once famously said, “The only thing that will make a soufflé fall is if it knows you’re afraid of it.” Thomas and her team, led by Mezze chef Nicholas Moulton and Allium chef Daire Rooney, were not afraid.

“Our two kitchen teams came together to share space, cooked their hearts out, and celebrated the moment,” Thomas recalls. “It was a night to remember shared by family, friends, and farmers.” 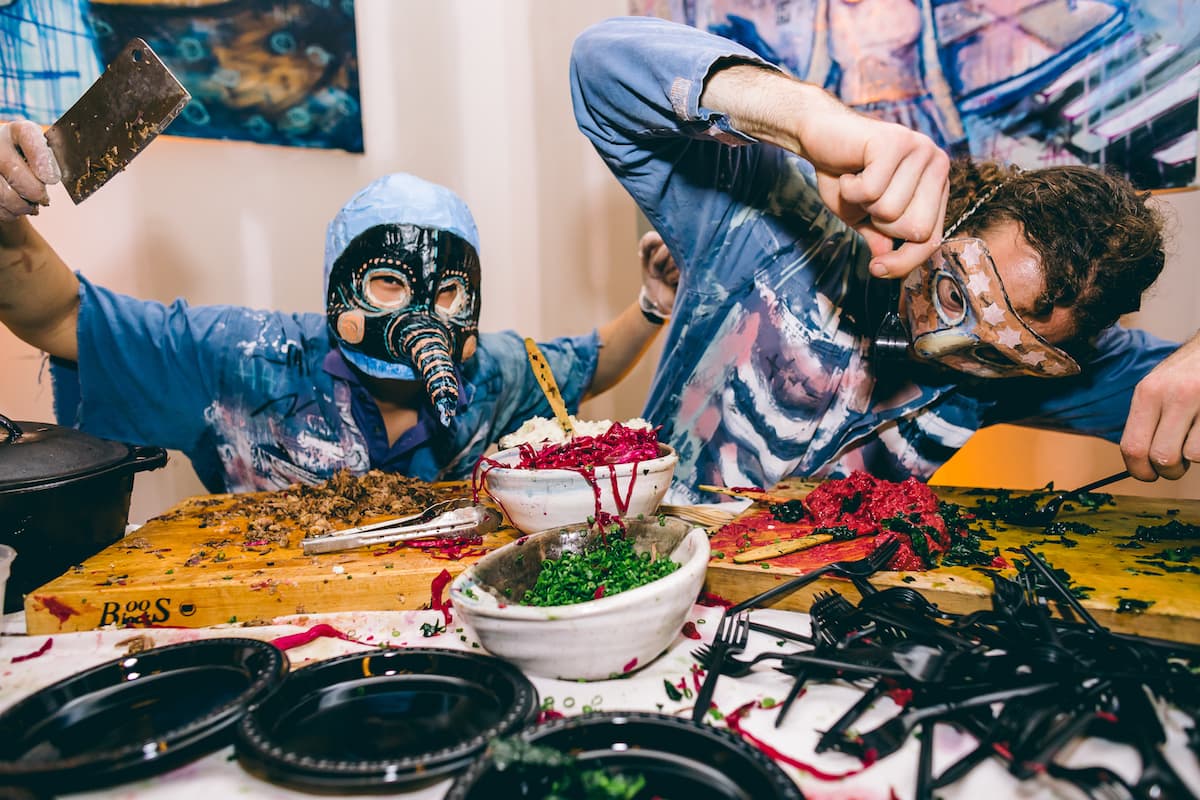 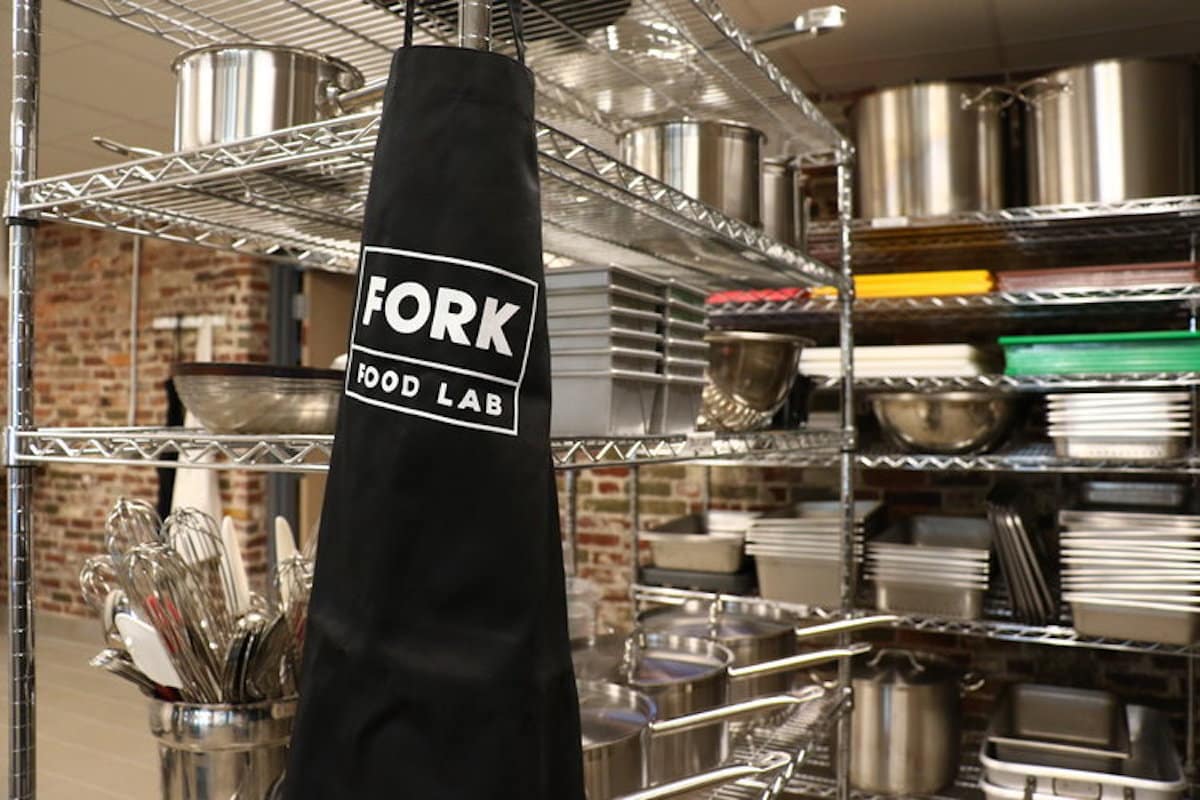 Put A Fork (Food Lab) In It