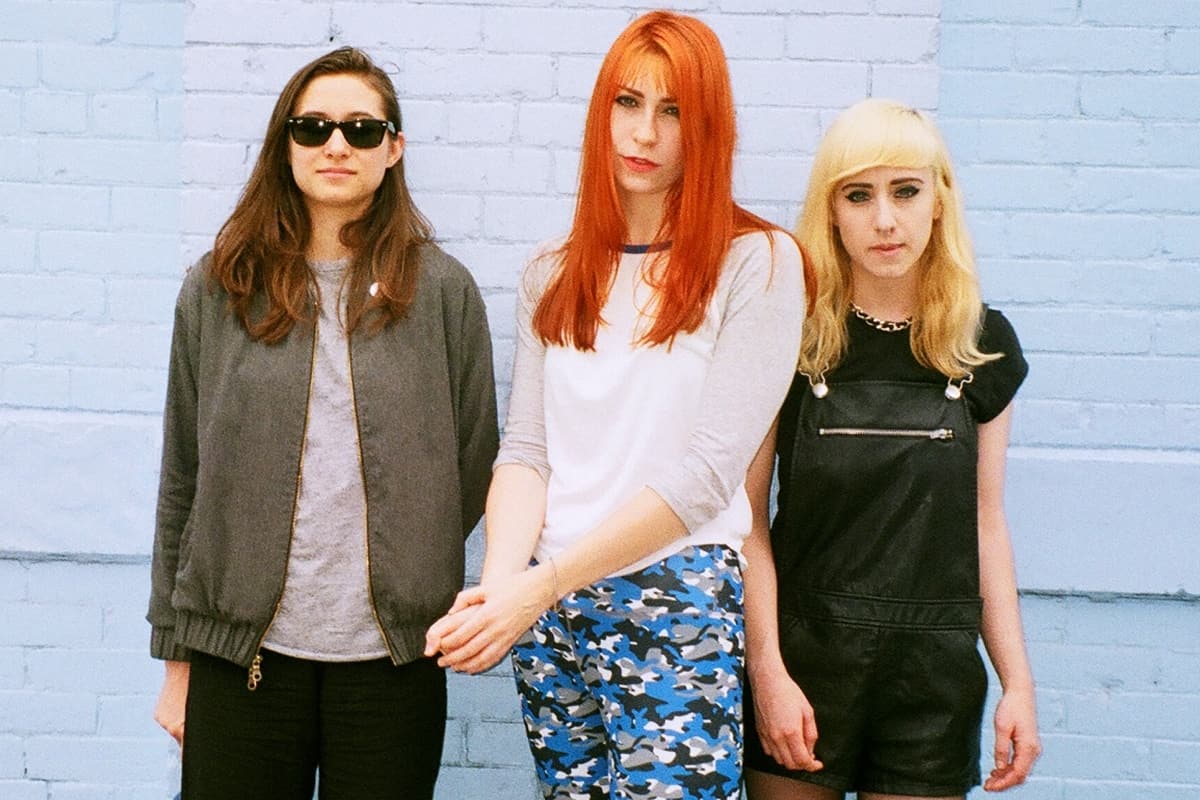 Let Abby Weems of Potty Mouth guide you through the winding, precarious and sexist road to indie rock success.

Do you hire a manager before or after you sign with that major record label? Realistically, how many fans do you gain after playing the prestigious Tiny Desk Concert series at National Public Radio headquarters? What happens when your bassist can’t get the evening off from work to play a house show? 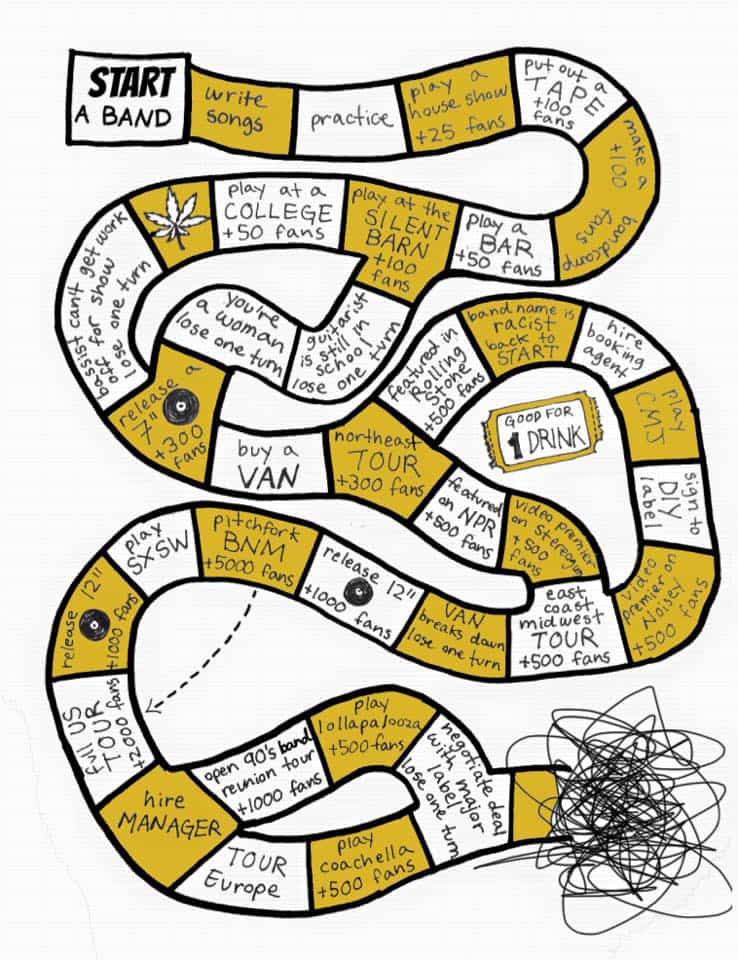 Wonder no longer. Abby Weems, dog lover and lead singer of the prolific western Massachusetts punk rock band Potty Mouth, has created and is selling a satirical board game image for T-shirts depicting what it’s really like to start a band. In addition to offering general music industry observations, the “Start a Band” graphic tee offers some pointed critiques of the business.

The “you’re a woman, lose one turn” square, for instance. “That is a very astute and simple way to describe how women, oftentimes in music, have to work twice as hard to be taken seriously,” says Ally Einbinder, Potty Mouth bassist.

In addition to the written commentary on each game space, the winding visual design of the faux board game itself echoes the uncertainties and often nonlinear trajectories of burgeoning bands. One Facebook commenter on the Potty Mouth page offered this summation: “[I’m] just hopping all around this winding path with no direction lol.” 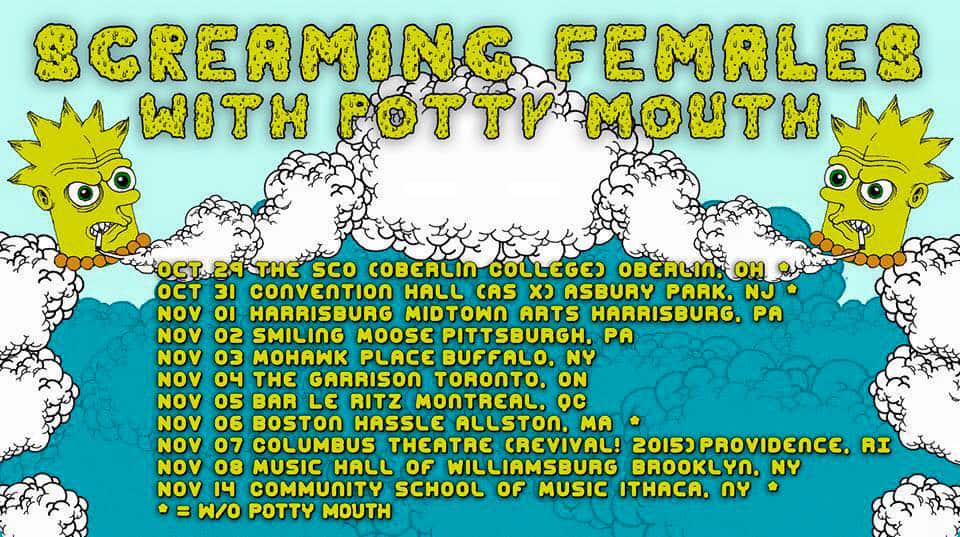 “Being in a band is actually like a game,” says Weems of her creation. “There are checkpoints you have to reach and certain things everyone does.” Einbinder agrees. “Especially for self-started DIY bands that aren’t created by the music industry,” she says, “starting a band is an experience that’s marked by these milestones.”

Potty Mouth band members seem uniquely qualified to offer this advice given their own path to success. Over the past five years, they’ve gone from playing house shows across western Massachusetts to gigging with notable rock & rollers Downtown Boys and touring with Screaming Females last fall. The history of Potty Mouth and their interactions with other bands informed the design of the game board. “A lot of the design is based off things I’ve noticed in other bands’ careers,” Weems says. The T-shirt comes with a free copy of Potty Mouth’s latest, self-titled EP. 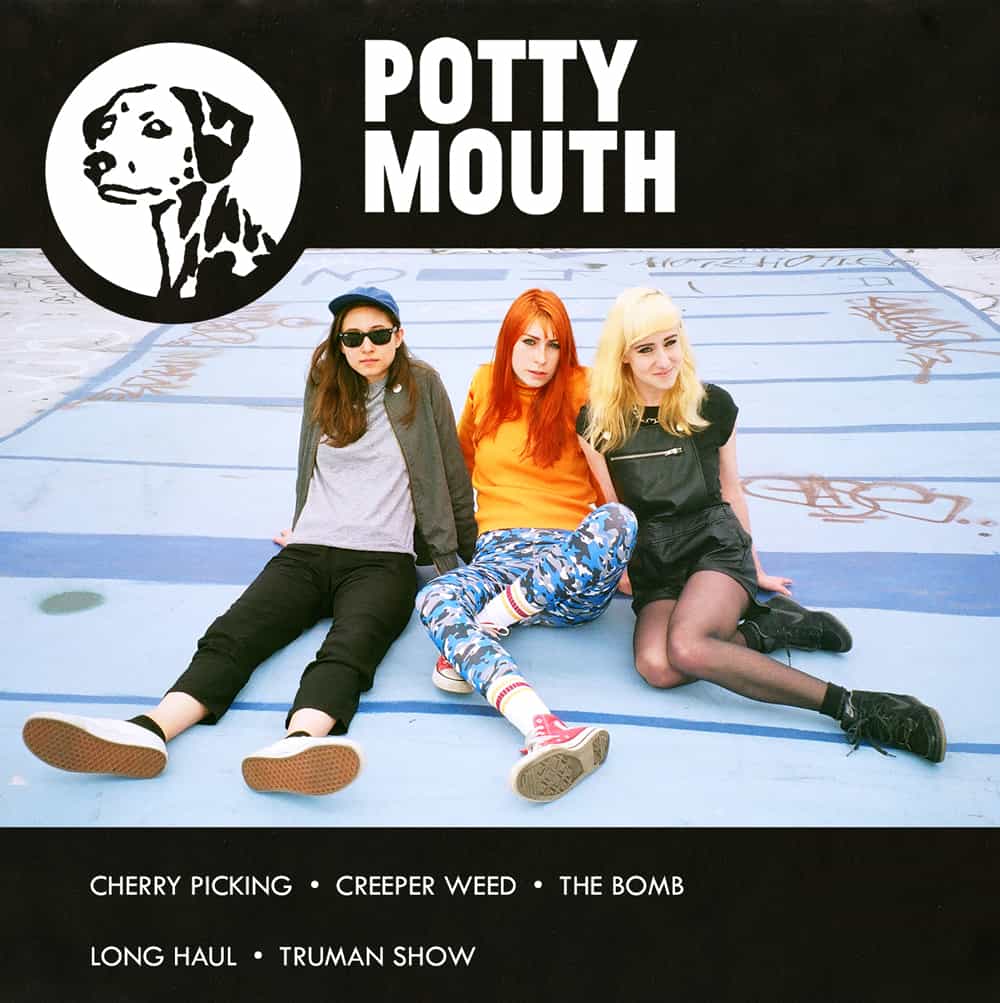 Check out the videos for Cherry Picking and Creeper Weed