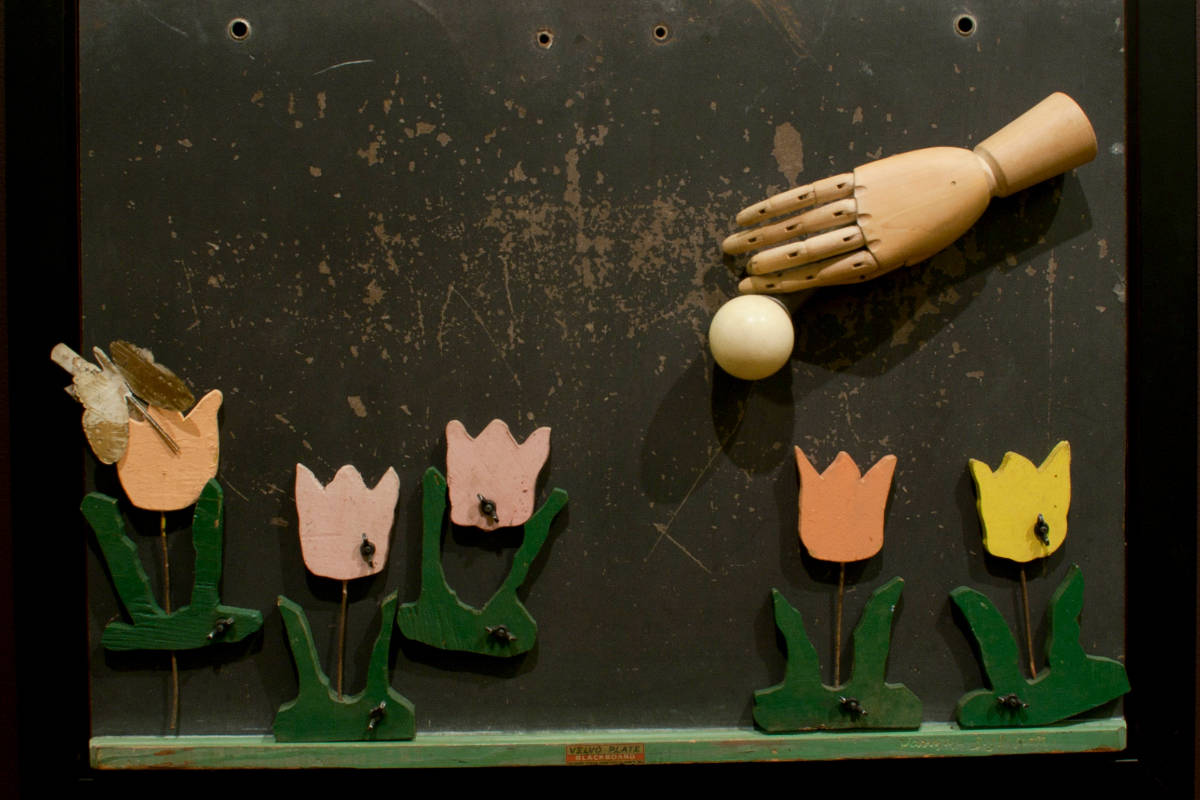 In one section of the Currier Museum of Art’s new exhibition, The Curious Magic of Varujan Boghosian, visitors are asked to solve visual puns created by the artist. The works are labeled tchotchkes, but Boghosian refers to them jokingly as “objects of my affliction,” a nod to fellow Surrealist artist Man Ray’s “Objects of My Affection” collages. From a cat in a boot (“Puss in Boots”) to a skull and paintbrush (“Brush with Death”), each piece captures Boghosian’s wry humor and acute observation of life, death, love, and literature.

Boghosian creates collages and sculptures out of found objects, using everything from children’s toys and artist’s palettes to paper cutouts and photographs. His seemingly random work, often an homage to friends and fellow artists, is strongly influenced by other Surrealists such as Salvador Dali and Marcel Duchamp as well as literature and poetry, especially Greek and Roman mythology. Curator Kurt Sundstrom, who assembled the Currier exhibition, calls Boghosian’s work unique objects open to multiple interpretations. Boghosian calls them constructions. No matter what they’re called, they invite observers to spend time with them. “I paint, but I’m not a great painter,” Boghosian says. “I do think I’ve added to the scheme of things with my constructions.” 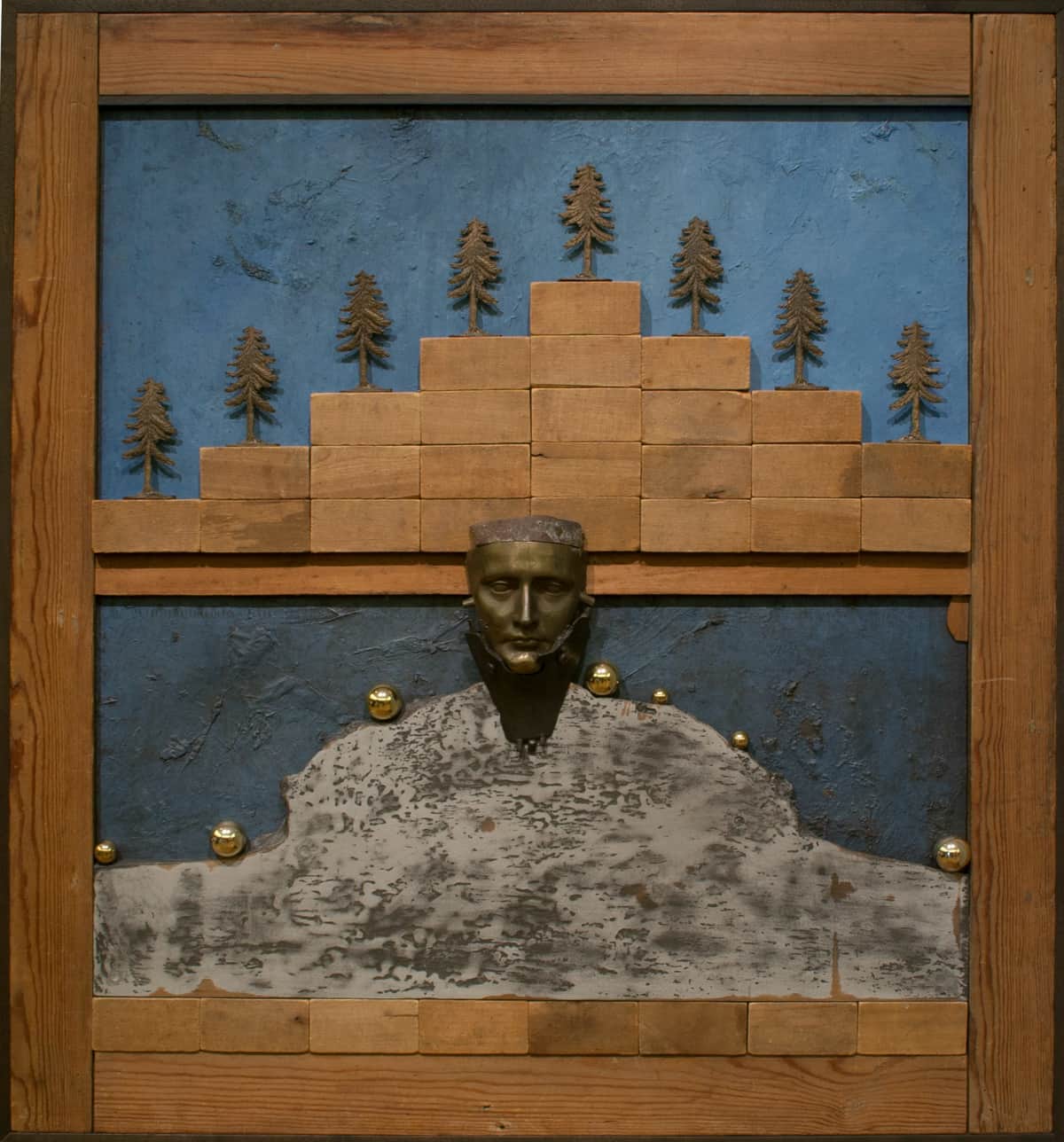 The son of Armenian immigrants, Boghosian was born in New Britain, Connecticut in 1926. After serving in the U.S. Navy during World War II, he enrolled at Central Connecticut Teachers College on the GI Bill. In 1953, he received a Fulbright scholarship to study in Italy, then became a student of artist Josef Albers at the Yale School of Art and Architecture in Connecticut. He’s been a practicing artist and teacher ever since, exhibiting his works in the 1960s alongside artists like Andy Warhol, Robert Rauschenberg, and Claes Oldenburg. For nearly 30 years, he was a professor at Dartmouth College in Hanover, New Hampshire, which is still his home.

At 91, Boghosian is more productive than ever. He considers the last two years among the most productive of his career as he continues to delve into collage and three-dimensional works. “I don’t know why,” he says, “but I couldn’t be more pleased with myself.” His collages have become simpler, he says; instead of using multiple objects in a work, he narrows it down to two or three. 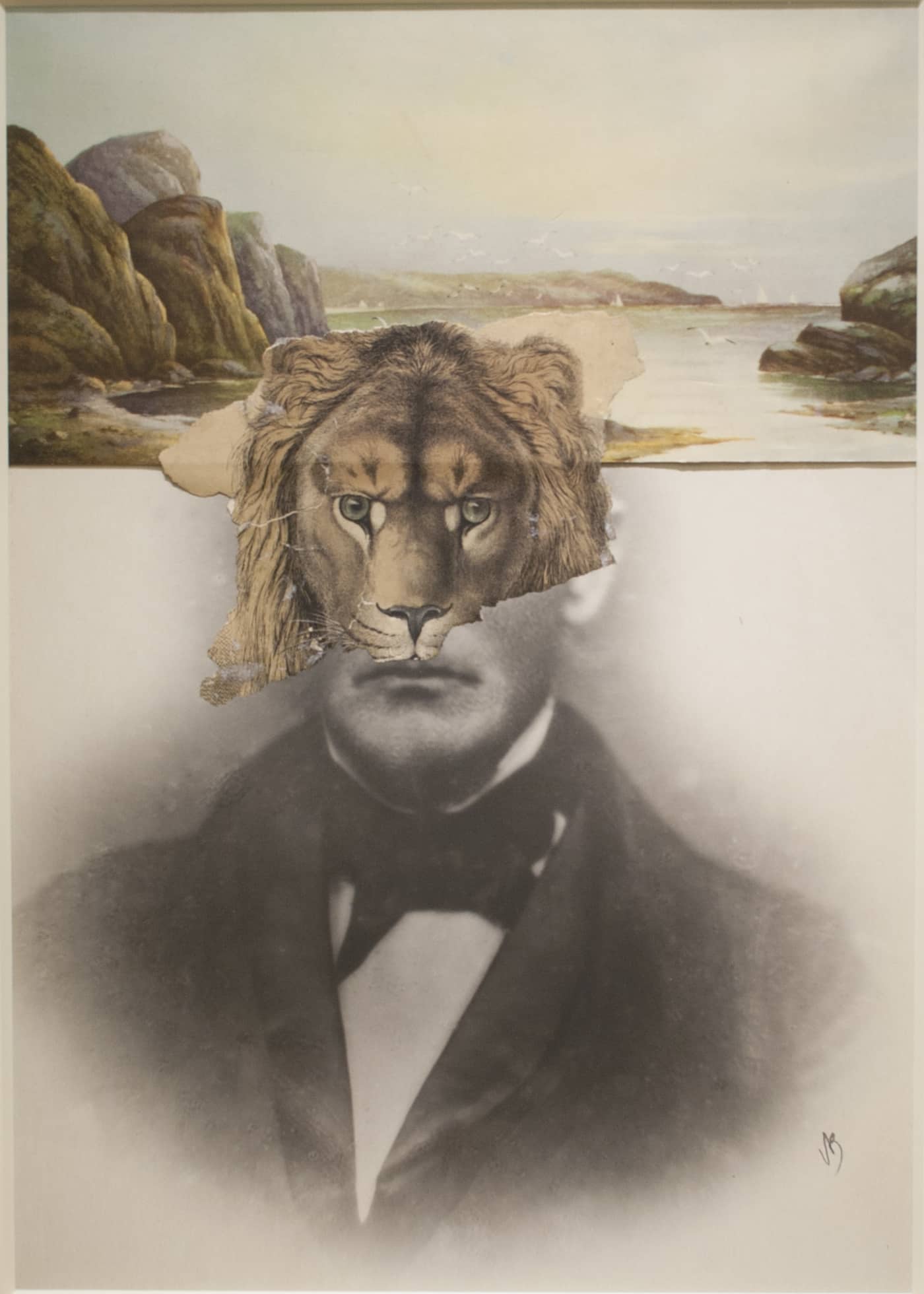 Self Portrait as Lion

Boghosian once noted that foraging is “basic training for artists.” He still collects. A favorite pastime is morning coffee with several other Upper Valley artists, then heading out together to scour flea markets, antiques malls, and random yard sales for new material. “People ask if I have an idea of what I’m creating when I start collecting objects,” he says. “The material usually dictates what the images are going to be. I always say you should just keep your eyes open for it.”

The Boghosian retrospective at the Currier is comprehensive, featuring 60 works from the Currier, private collectors, and the artist himself. In one of the galleries, a quote on the wall by Boghosian neatly sums up his artistic philosophy: “I don’t make anything. I find everything.” Fortunately for us, he’s still looking.

To Coin a Chaise