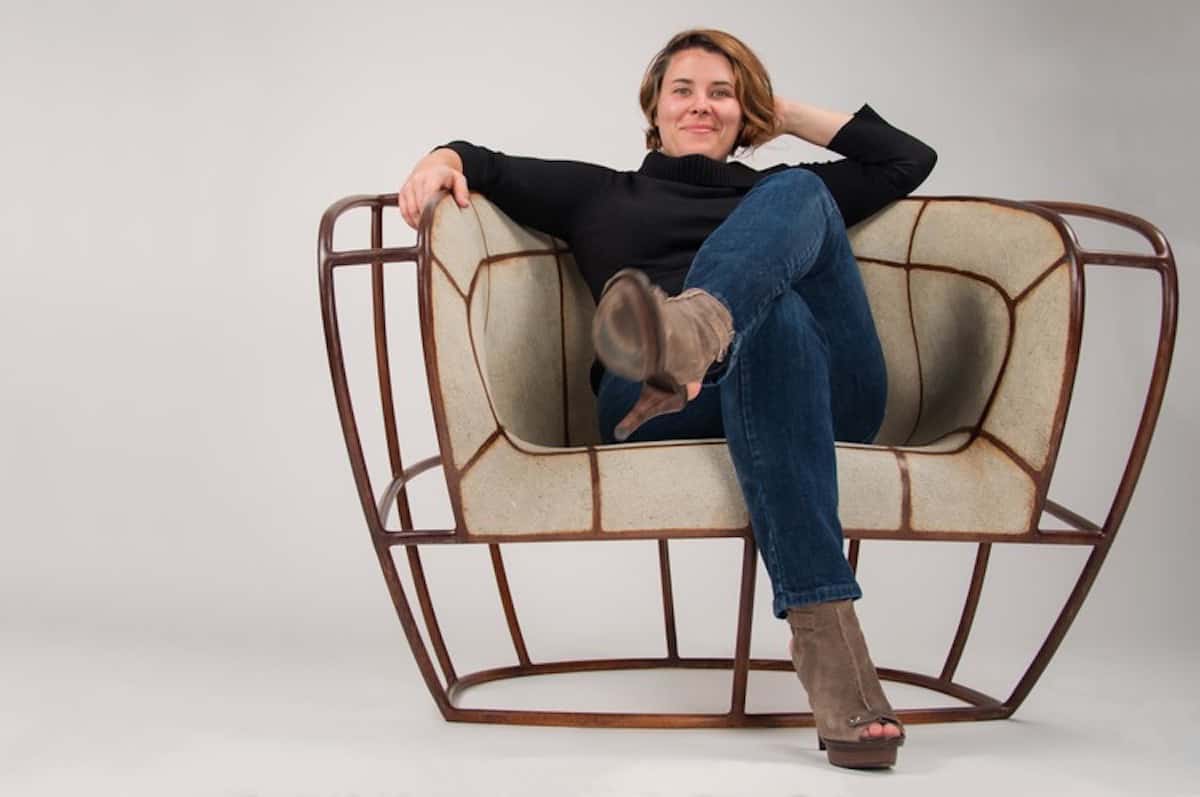 2016 was a huge year for furniture designer Vivian Beer of Manchester, New Hampshire. In addition to countless features and exhibitions for her fine art furniture, Vivan received a fellowship from United States Artists and—get this—WON a Chopped-esque reality show for furniture designers hosted by Ellen Degeneres. Not even the fraught election of Donald Trump, with his demagogic, explicitly misogynistic rhetoric, could slow her down. 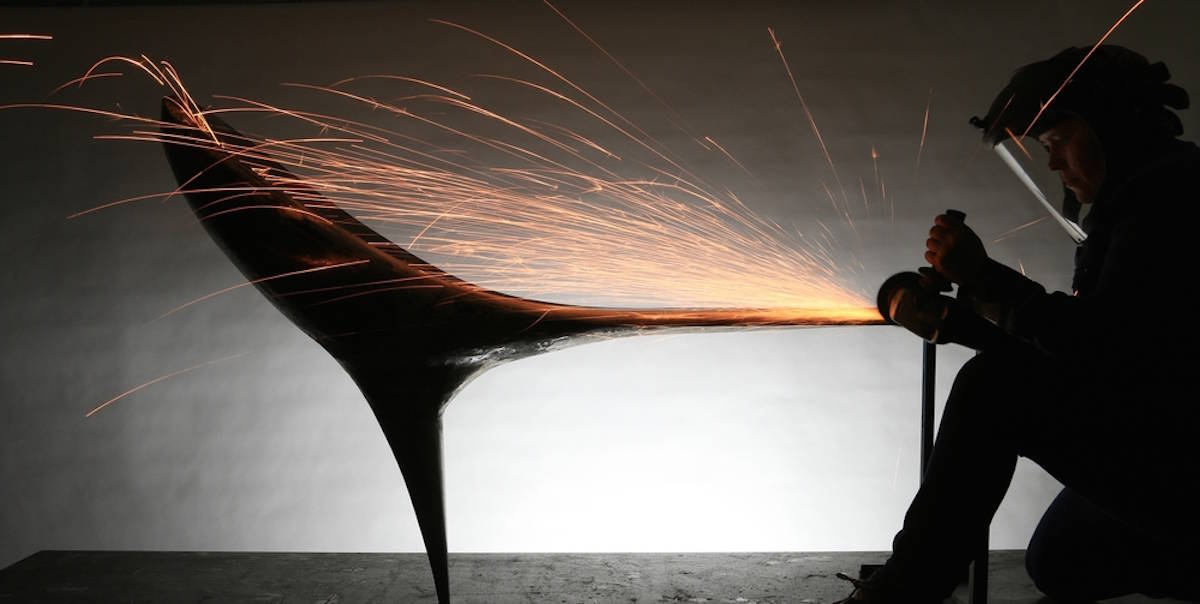 Vivian Beer at work | Photo courtesy of the artist

Ellen’s Design Challenge is a competitive reality show where contestants race against the clock and each other to complete furniture design challenges. The finalists of the show get a cash prize and the unique honor of designing the furniture in the Ellen Degeneres Show green room. Beer describes the experience as both wildly stressful and a furniture maker’s fantasy, “If you strip away the stress of the timeline,” she says, “it’s actually every artists and designers dream to be given a giant shop, a person to help you, all the materials you want and all you have to do is make something awesome.”

With a self-described “sexy industrial” style, Beer’s work is gorgeous-yet-functional fine art. The sleek, long lines of her shiny benches and the staunch stance of her high-seated chairs really speak to the “sexy industrial” label, simultaneously playful and sturdy. It’s this blend of individuality, craft and function that not only won her Ellen’s Design Show, but also made her an obvious choice for one of the select few artists acknowledged by the United States Artists fellowship.

Like many other creatives, Beer and her team at the studio were upset after hearing the news of Donald Trump gaining enough electoral college votes to become president. The ethnocentric, socially conservative, anti-immigrant policies the President-elect threatened to implement to get into office is particularly concerning to them, since the artist is married to a Mexican woman and runs a bi-cultural translation operation.

Today, Beer remains aggressively optimistic, choosing to acknowledge the gains we’ve made as a society instead of throwing her hands up, “I feel like very few great things have ever been built out of fear–and a lot of really great things have been built out of hope and confidence and belief. I certainly don’t make work that is political in an overt way, but I truly believe that making things is the polar opposite of destroying things.” With her recent appointment to the New Hampshire State Council on the Arts, we can count on Vivian Beer to use her optimism and social understanding to create positive opportunities for artists working in the state of New Hampshire. 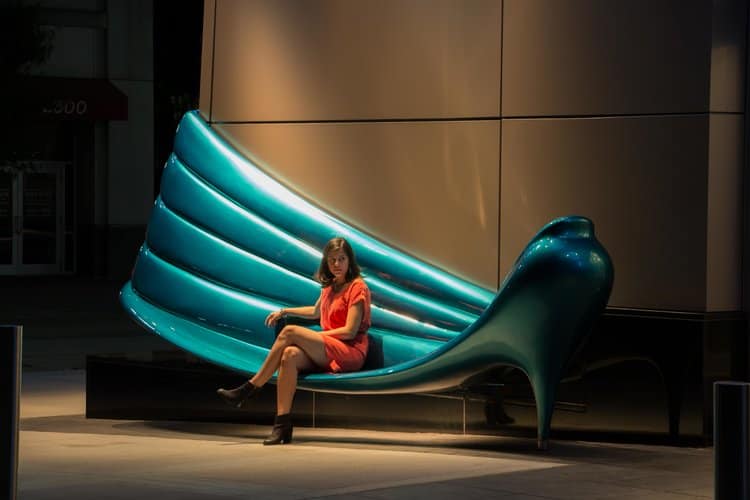 Beer and her team plan to continue their work through 2017, with some expansions and ideological changes. Currently, she is developing a new line of furniture that is, according to the artist, “a little more fiscally accessible, something that’s in multiples and really more engaged in the design community rather than the fine art community.” Outside of these explicit plans for more affordable furniture, Beer and her team plan to expand their space in Manchester, hopefully having a group studio where other artists like her can feel supported and be seen. 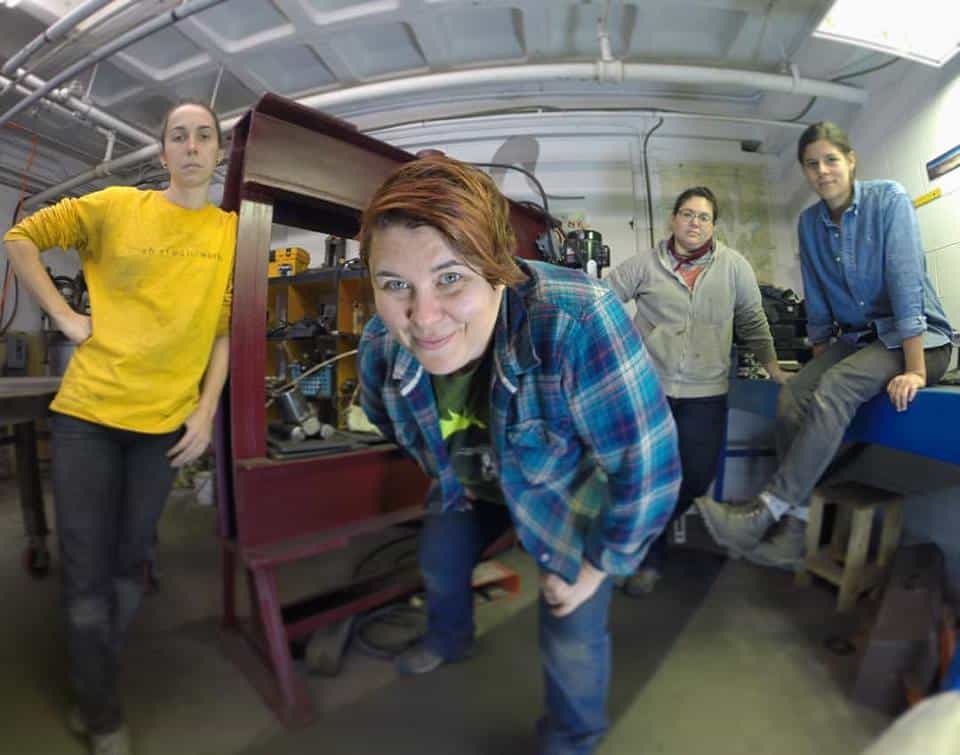 Vivian Beer in her studio with her team