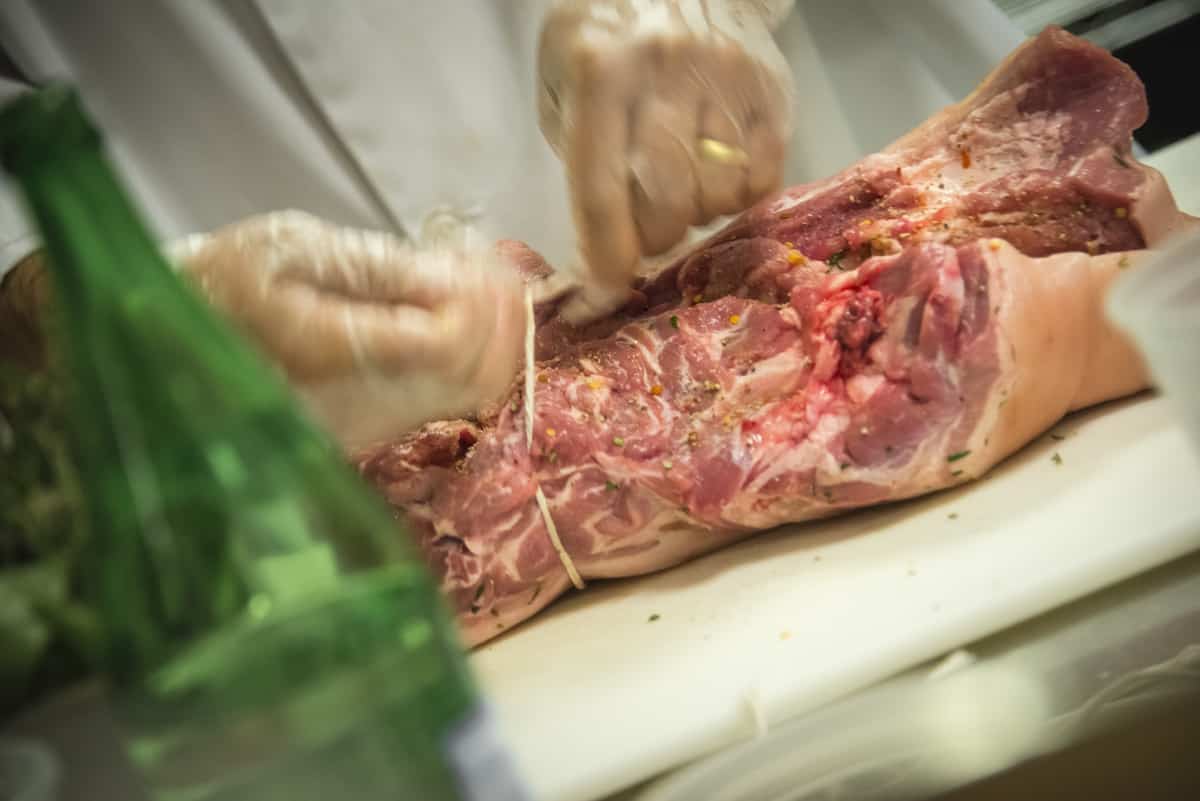 Erbaluce serves some of the best plates of food in Boston – eavesdrop on this candid chat we orchestrated earlier this year.

Chef Charles Draghi opened Boston’s acclaimed Erbaluce in 2008. His cooking is inspired by the uniquely flavorful cuisine of northern Italy’s Piedmont region, where his family is from. His partner, Joan Johnson, presides over the front of the house and the all-Italian wine list. MC Slim JB is a Boston-based food writer with over 350 published articles and is the restaurant critic for the Improper Bostonian. During a recent conversation, the restaurateurs and the critic discussed food and wine, reviews and social media, and those fucking Yelpers.

On customers’ reaction to Erbaluce’s unusual cuisine and wines

Charles Draghi: We have a roasted cauliflower dish on the menu. It’s roasted cauliflower with a fondue of Robiola cheese on top and a dressing made with a little anchovies, some capers, and roasted garlic. When people try it they say, ‘This is Italian?’ And I’m like, ‘Yeah, actually it is.”

MC Slim JB: I would expect a lot of Bostonians would be sort of puzzled or nonplussed when they come in and look at your menu. 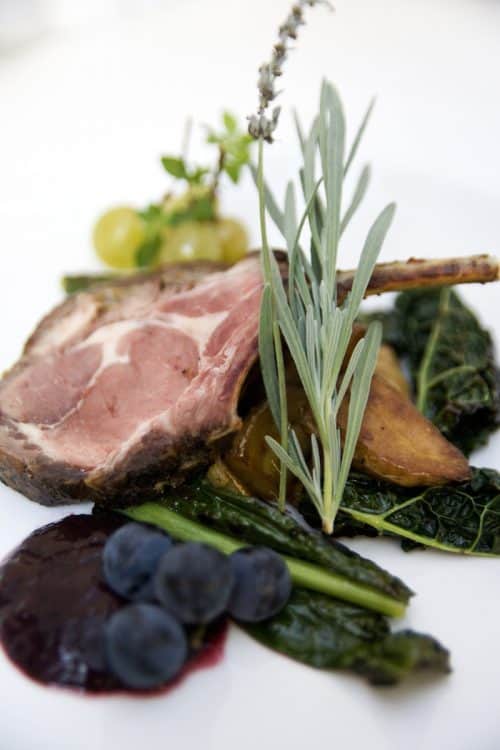 Draghi: What’s funny is there are a lot of Italians who live in Boston. They get very disappointed in what [many locals] call “Italian food.” So we get a lot of Italians here. They look at the same dish that an American would look at and say ‘I’ve never heard of that before,’ but the Italians go, ‘Oh I know that dish.’ A good example in the winter time is Pizzoccheri—noodles kind of like pappardelle, but shorter, made from buckwheat. And they’re served with cabbage that’s braised with duck fat and white wine, and then some boiled potatoes. And then you grate Bitto cheese on top of that.

Draghi: Yeah it’s very Alpine, you know? Italians all over Italy know Pizzoccheri because it’s served in the skiing areas.

MC Slim JB: I’m always seeing something that’s quite unfamiliar to me every time I come in. Which kind of brings me to the notion of what you’re doing with the wine list.

Joan Johnson: It’s fun to find those little obscure winemakers and wineries that make unusual things, and that’s what we try to find. I train the staff to ask people very closely what it is they like to drink. [If] someone says sauvignon blanc, I ask them if it’s California sauvignon blanc or if it’s a Sancerre. California wine drinkers can be tough, because there’s not really equivalent [wines on the menu]. But there are things you can give them they’ll like.

Draghi: The core of the list is from this area of northern Lombardy called Valtellina. There’s a wine from this region called Sforzato. Basically what they’re doing is [the] Amarone process using nebbiolo, which is one of the greatest grapes, and what you wind up with is a wine that is like an aged merlot crossed with a nuanced Amarone. It’s one of the best wines in Italy.

On what restaurateurs think about Yelp

Draghi: It’s like when you have a busy night at the restaurant and you have two problem tables. You’ve had essentially four people that are causing a problem, but you’ve done 150 people who were great.

MC Slim JB: You can use the expression ‘fucking yelpers.’

Johnson: Yeah, fucking yelpers—Yelp is a very negative site. But also Yelp in particular blackmails you. They deny doing fake bad reviews, but they do them, and they admit doing fake good reviews for people who pay up.

Draghi: I think my interaction with them was something on the lines of, ‘You’re trying to extort me? I’m Italian. We fucking invented that.’ 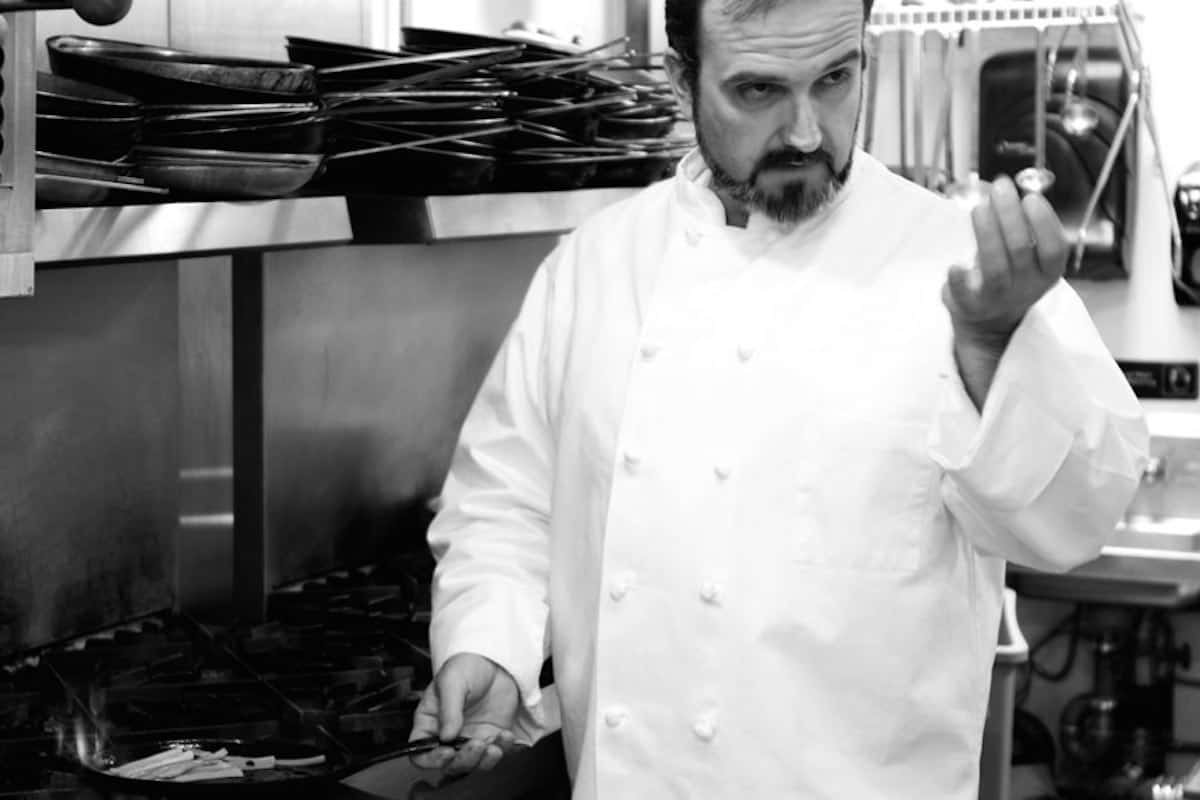 On professional reviews versus social media

Draghi: With professional reviewers we do pretty well. But it’s hard in the new-media age to try to figure out who’s got a reliable opinion. And then you have to take into account all the things like Facebook. If I put a dish [on Facebook], we get more customers coming in for it then I would [after] a positive review in a local magazine or something. The larger media, the conventional media with real professional food writers is more of a long-term thing. You may not see an impact immediately, but your name is out there.

Johnson: [MC Slim JB], when you are out and about in restaurants and you’re writing reviews, do you ever have a situation where it’s really awful and you decline to write something?

MC Slim JB: I have written some pretty harsh reviews, but that’s usually a failure of reconnaissance. I’d frankly much rather draw attention to places that I like than to steer people away from places that didn’t impress me. I figure that mediocre places or places that I think are not good … tend to go away by themselves. Or they serve a niche that probably doesn’t give a rat’s ass about my opinion anyway.