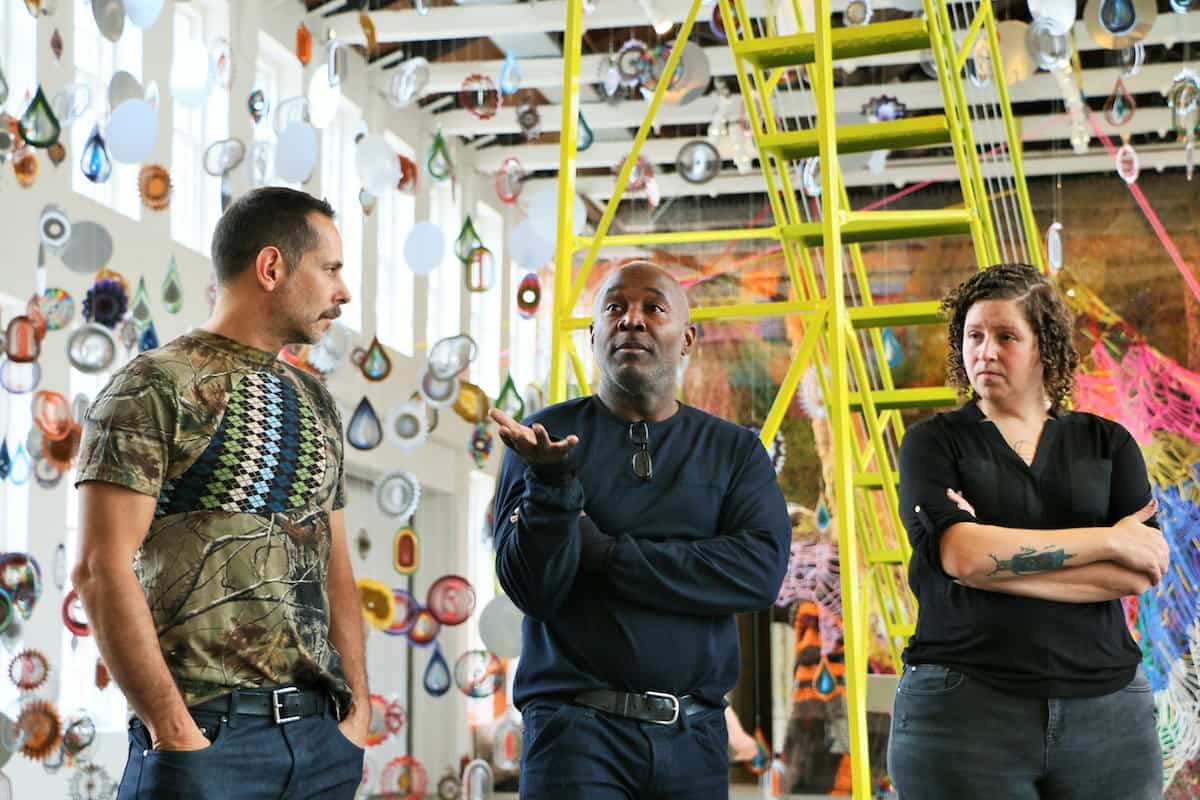 With 10 miles of strung crystal and 16,000 wind spinners, Nick Cave creates the most intricate and astounding community space at MASSMoCA.

On October 15th, Chicago-based artist Nick Cave opened his most epic installation to date, Until, at the Massachusetts Museum of Contemporary Art. The piece broadcasts ambition on two fronts.  Physically, the installation swells to fill almost the entire volume of Building 5 – a football field-sized gallery space. The ambition of the message of Until’s is even greater ranking as Cave’s most overtly political installations to date. Full of imagery driven by the deaths of young African American men such as Eric Garner, Trayvon Martin and Michael Brown, the work’s title is a play on the phrase “innocent until proven guilty” or in this case “guilty until proven innocent.”

Until is more than an installation to be simply strolled through – as powerful an experience as that simple act can be. Cave sees his role as an artist to go beyond making work infused with a powerful political message, to make work that has a deep and meaning fun impact by instigating, provoking conversations across communities. His intention is that the gallery will play host to dancers, singers and performances and meetings by community groups over the next eight months.

Take was fortunate enough to attend a tour of Until, lead by Cave and Denise Markonish, curator at MASSMoCA for a group of about a dozen community leaders, artists and activists from Berkshire County. Cave and the museum have invited them to create work in response to Until that highlights and addresses community issues across the county. Beginning later this week, Take Magazine will begin a series following the development of this work over the next eight months, sharing with our readers how this community responds to Until, the creative output that is launched from it and the impact it has on the region.

Massachusetts MASSMoCA Nick Cave North Adams Until
Michael KusekWait Until You See This10.24.2016