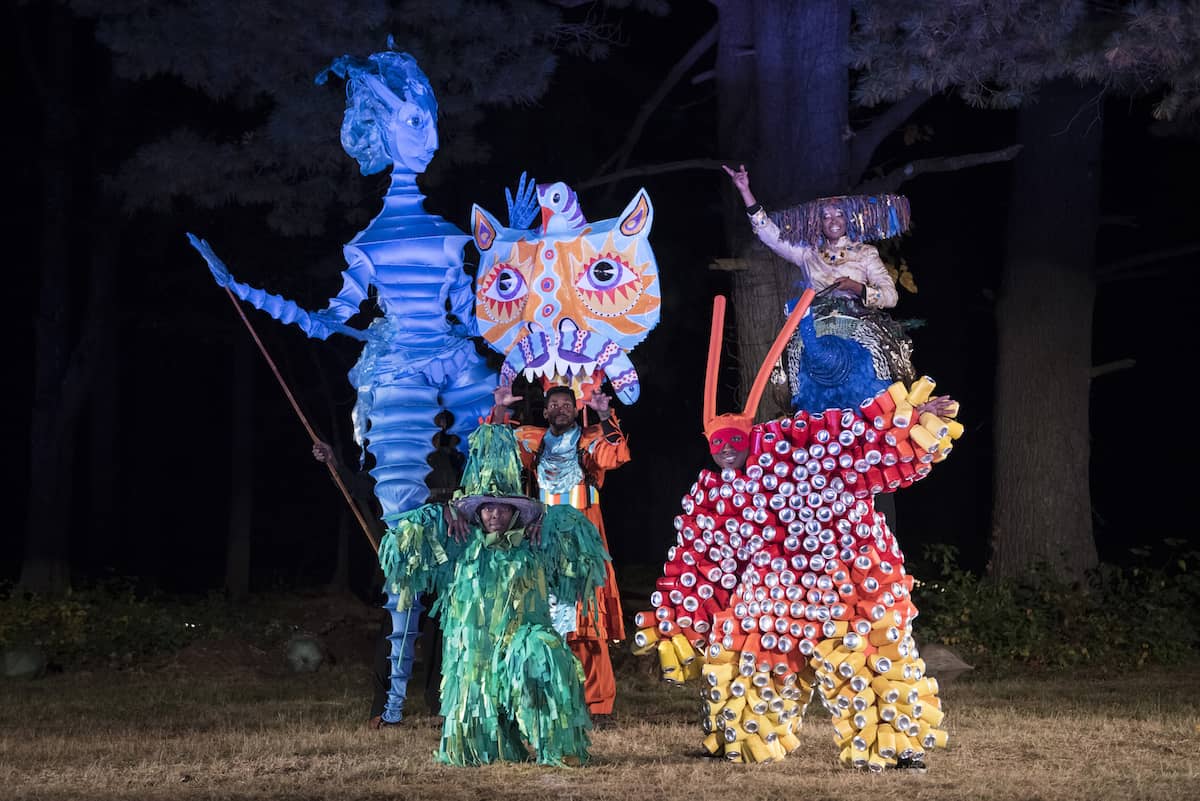 There’s something about an outdoor performance of over-sized creatures and characters that draws people in.

Anne Cubberly may be the lead designer of the puppet’s physicality, but she relies on the life that is brought to them by the handlers. Beautifully proportioned, after seeing them we can’t wait to see these move.

Inspired by the movements, talents, and personalities of the wearers, they project her vision as much as the hand-crafted ensembles do. “A lot of this [work] is influenced by the puppets. When we started working with dancers, self-taught breakdancers pushed me to change how I designed the puppets and then it became this crazy thing where they were operating a puppet [created for] the three of them as one. I then created one person puppets, that’s how the monkeys got born” 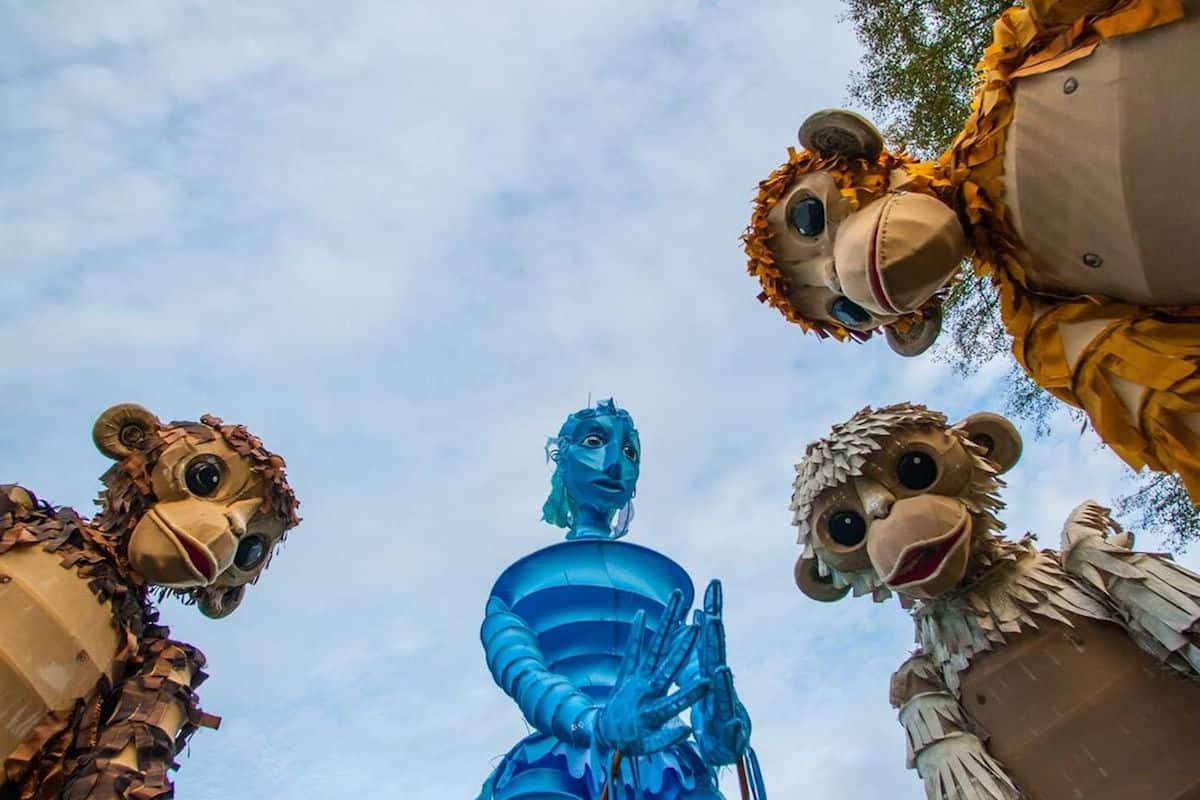 Anne Cubberly is speaking about the oversized monkey puppets that are in this year’s Night Fall production which caught our attention and hasn’t let us go. Night Fall in Hartford CT is a free, public, community celebration held at the end of summer as a last hurrah to playing outside. Started in 2012 the music, dance, drama, and performance reflects the communities influences and influencers – over 70 different artists contribute people to the fantastical hour-long performance. Cubberly and her Night Fall writing and business partner, LB Muñoz, start to write about a year out and then work through numerous rewrites with input from the contributor’s perspective integrated. “We write a basic outline, we have a script meeting to talk about other people’s feedback, as we work with performers. Feedback is important.” Again, Clubberly is making a structure and letting people project onto and into it. “The show is very fluid around the artists that we’re working with.”

Whether inspiring joy at her public installations, or by bringing one-of-a-kind experiences to private events through her organization Kinetic Dreams, you almost never find Cubberly’s name listed singularly. She is a true collaborative worker, partnering with other artists on the design side or seeking input from communities that become her audience. She creates work that is in our dimension, moves in our timeline, and must be physically engaged with to be experienced. She has spent many years in Hartford’s arts scene and has watched how that community ebbed and flowed through the city – from the early days where there was a “gallery opening every Friday/Saturday” to the solid, tight bunch of creators there are now. Hartford is one of those rare communities that has an audience that is as involved as it’s artists that makes large, thoughtful, impressive events like Night Fall possible and a huge success. 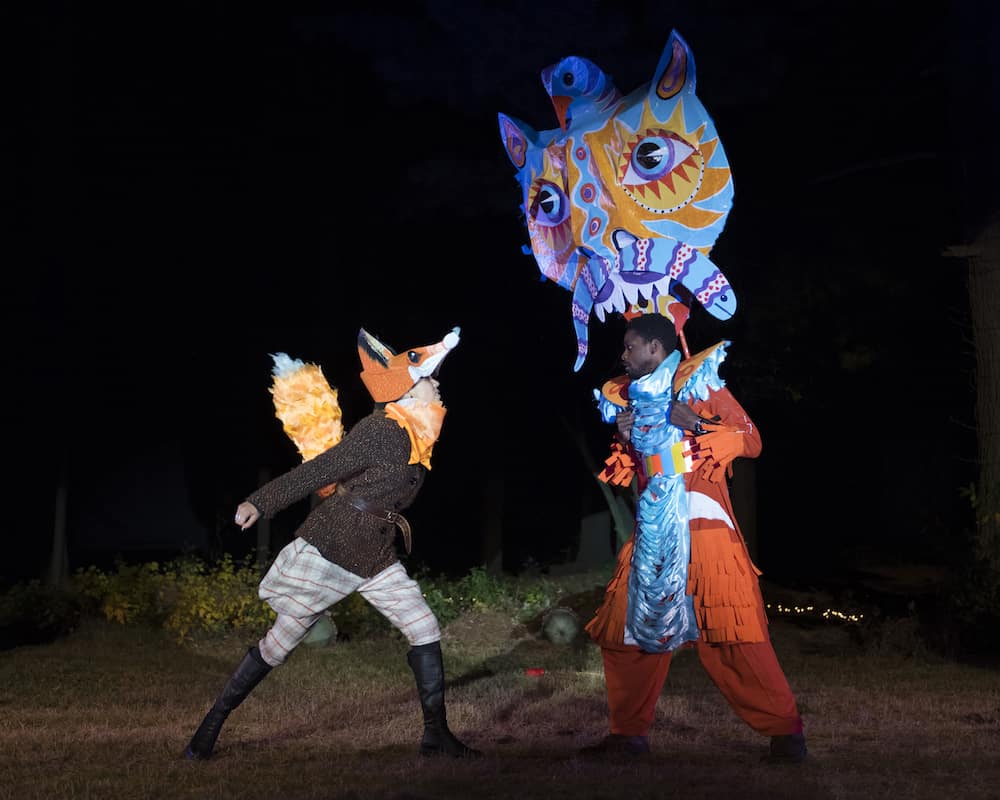