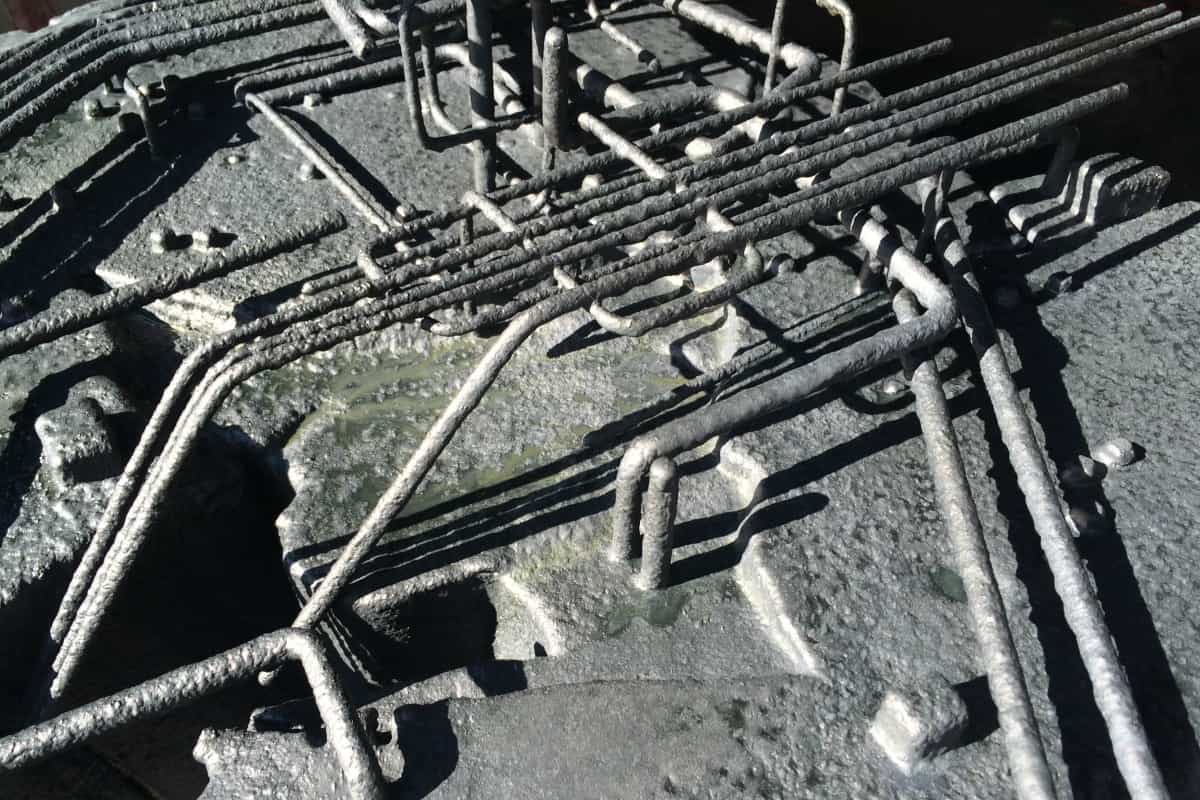 We caught up with one of our 2016 Artists to Watch and learned a bit about cyborg frogs and the Worcester water system.

Victor Pacheco, one of our artists to watch in 2016, impressed Take Magazine and executive director of Real Art Ways in Connecticut Will K. Wilkins with his imaginative and informative paintings. Back in our December/January 2016 print issue, we highlighted some of his artistic renderings of natural gas wells which, according to Wilkins, “captures awe-inspiring technology and raises discussion about the environmental impact of our search for carbon-based energy.”

It’s about time we check in with Victor. 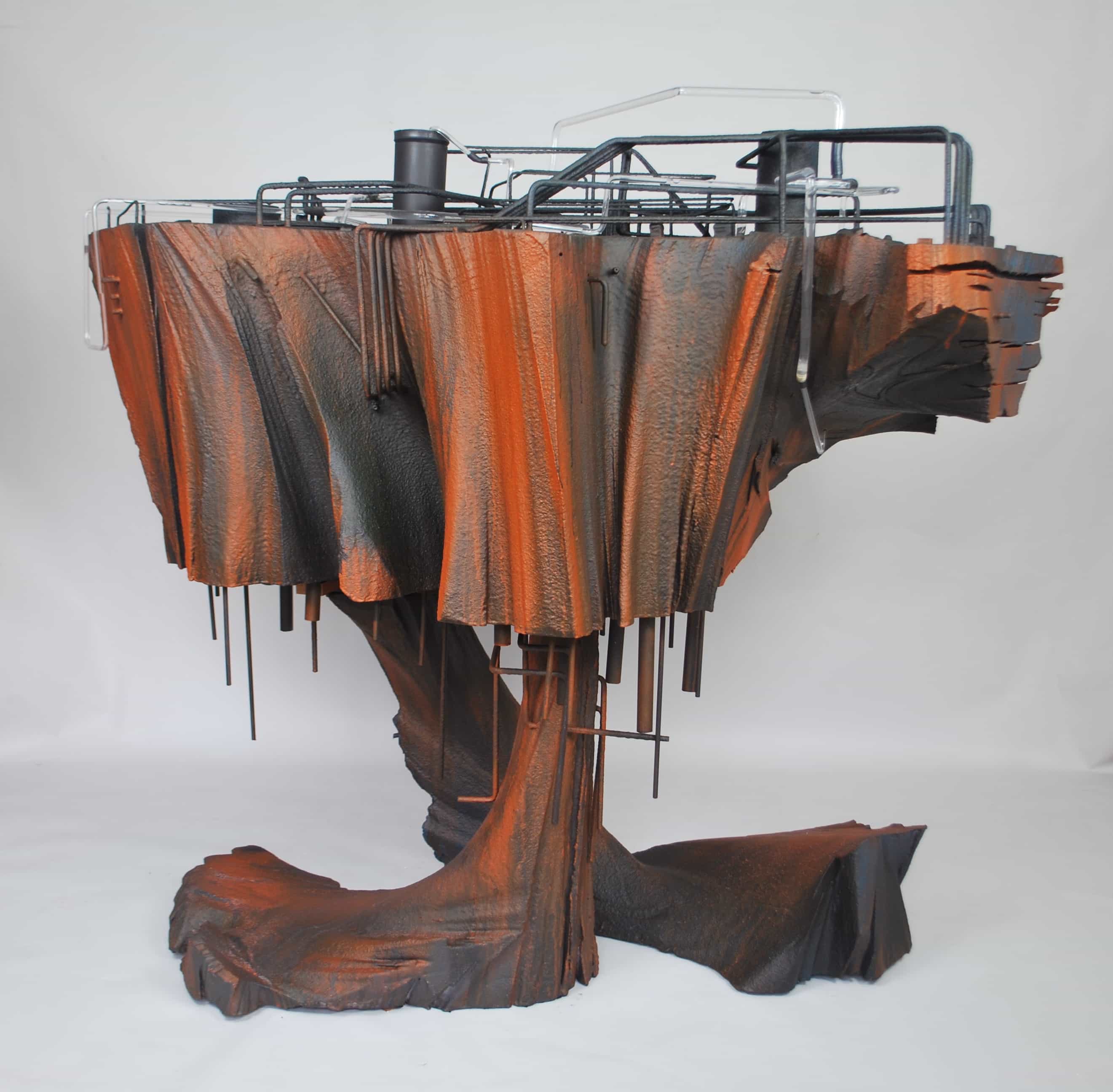 Sculpture by Victor Pacheco for the Worcester Water Infrastructure Project

In 2016, Pacheco, raised in Hartford, Connecticut continued this artistic analysis of our built environment through his sculpture project in his new home – Worcester. Always half artist, half researcher, Victor used a materials grant from the ArtsWorcester to create sculptures based on the city’s winding scheme of pipes. His work comes at a pivotal time for the city given its current issues with water resources, “I started to do some work looking at water systems where I live, looking at Worcester’s water infrastructure, and developing some larger scale work around the water system…this year particularly was pretty bad year in terms of drought.”

Victor’s work we highlighted last year, and his sculpture work with the City of Worcester, attempt to use art as a means of communicating complex ideas about resource use and the impact humans have on the environment. Pacheco’s work artistically analyzes systems, using expression as a means to illuminate portions of our built environment that we cannot see, or choose to ignore. “There’s a huge series of pipe systems that go underground and into our house that we don’t really think about. The network of pipes that deliver and transport water in and out of our homes is a crucial element in our everyday routine. Because our water infrastructure is so vast, it doesn’t feel real.” said Victor, “…these sculptures show that on a manageable scale for someone to look at.” 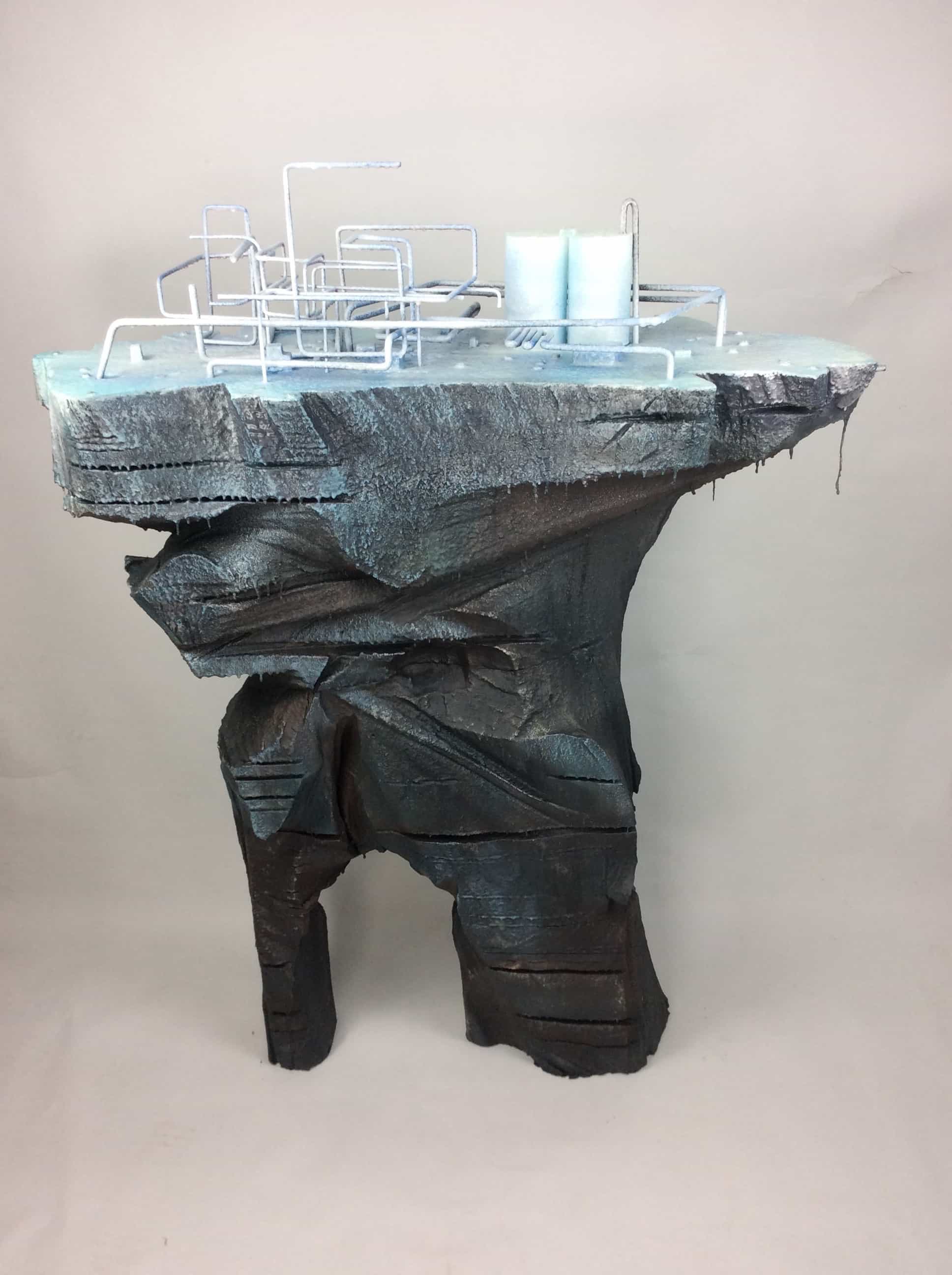 Sculpture by Victor Pacheco for the Worcester Water Infrastructure Project

Over the next year, Victor plans to create work that’s a bit divergent from this creative look at infrastructure. The artist hasn’t exhibited a lot this year because he’s planning and preparing a massive installation for 2018. Victor plans to create many large-scale multimedia works that explore how technology is changing the way we interact with each other, using frogs as a creative stand-in for humans.

“I started using frogs in my work about three or four years ago. I did a series on small frogs based on some commission work and people really took an interest to it – which was a really refreshing to me since I do a lot of serious work…work that is theoretical and based on research. Making frogs and using frogs totally changes the way in which people approach art…it’s more welcoming.”

Having already unveiled a five-foot cyborg frog, Take eagerly looks forward to what Victor Pacheco plans for the next year…or two. 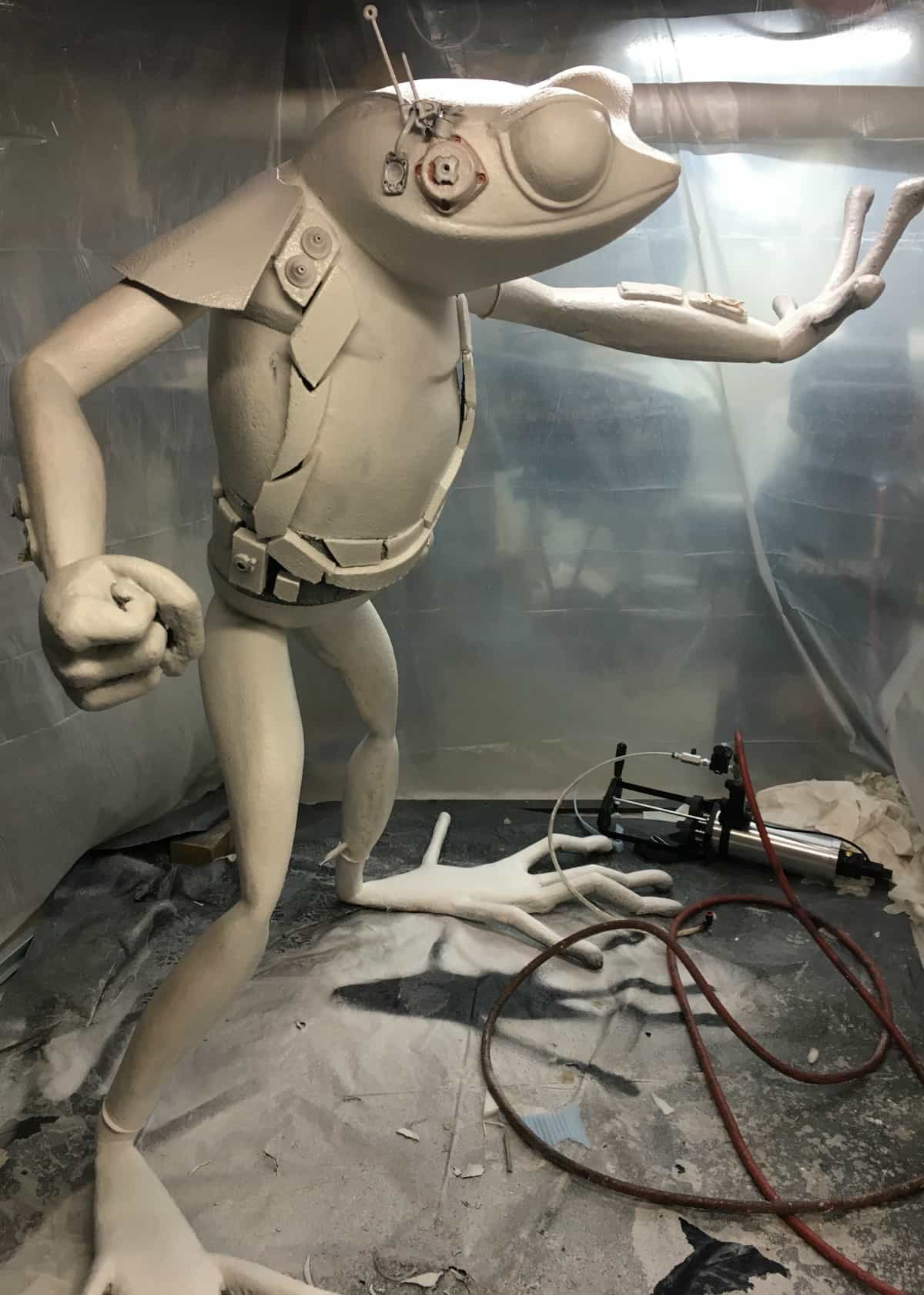 All photos courtesy of the artist