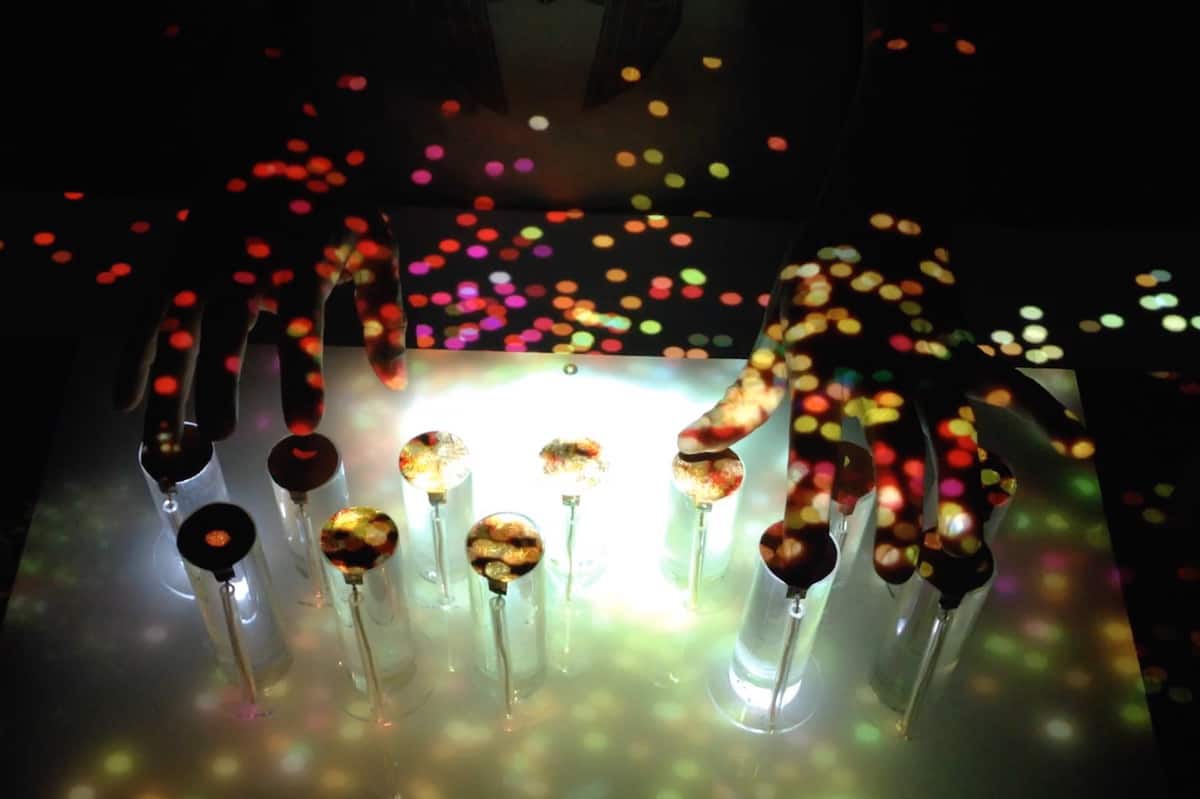 Soto is a person who needs to know more: how it works, how it can be fun, beautiful, useful, how it can help. He does all the heavy lifting to show us the creative potential of cutting-edge technology. “I have an experimental new media practice,” he says. “My studio is similar to a maker space with tools ranging from a hammer to custom micro-controllers. In short, I experiment with art and technology and I love innovation. I’m always pushing myself to do something new in each project. I love to create an idea for an art installation that I don’t know how to implement. Then I have to figure it out.” 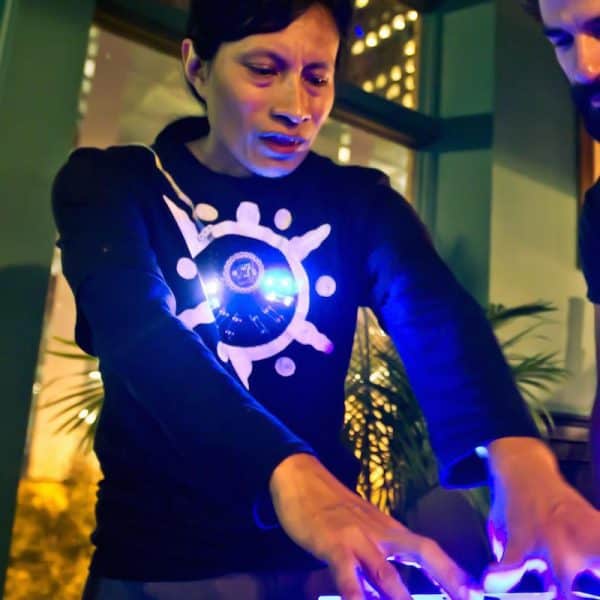 Balam Soto made his way to New England quite a few years ago from Guatemala. “I am a Mayan,” he explains. “I was married in Guatemala 21 years ago to my wife, Shelli, who is from Connecticut, and so 20 years ago we moved to Wethersfield. We then moved to Hartford 12 years ago because of the artist community and diversity, which we love.” Although he calls the local arts community he’s part of “lively,” he still finds time to have an impressive list of international exhibitions as well.

Soto’s artwork introduces new, interesting, and unique interpretations of technology as an artistic medium. Most hit three out of the five senses; doubtless he’s working on taste and smell, too. They’re objects that make you think (how?!), and are also genuine kinetic sculpture, with audio, visual, and tactile cues that show how energy moves through space. Infinitely approachable, you can directly project yourself into some of his works. He designed a performance piece of wearable, Theremin-esque body suits that manipulate sound and digital animation in response to the individual’s moves. A more recent work, Exp.Inst.Wood, is an instrument of sorts, with a number of wooden knobs and upright acrylic tubes that are programmed to react loudly, but tonally and colorfully, when touched. Witnesses of his work are the potential energy; the observer becomes catalyst. We can interact, and, in doing so, become projectors.

As one would suspect, Soto is an artist and entrepreneur who keeps active. Together with his partner, Shelli McMillen Soto, he founded an online company that creates and sells DIY kits called Open Wire Lab. The builds boost the maker movement, and embrace STEAM: science, technology, engineering, and mathematics, together with art. In addition, Soto has led numerous community youth projects. 2017 is shaping up to be an especially creative time for him: he’s been selected for the American Arts Incubator program by ZERO1: The Art and Technology Network, and the U.S. Department of State’s Bureau of Educational and Cultural Affairs (ECA), and will go to Guatemala for a month in 2017 to implement an arts and technology project. You can see some of his work coming up at the Brooklyn Academy of Music as part of “Teknopolis,” at the end of February 2017.