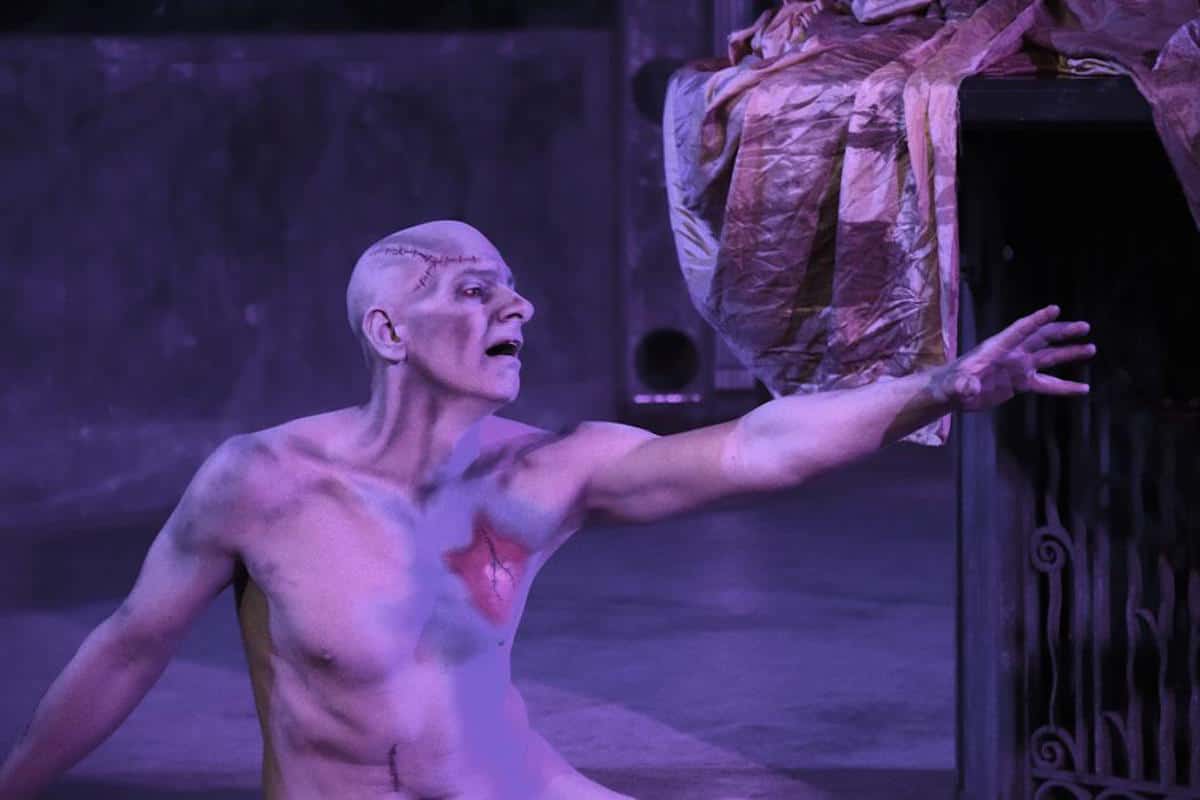 Be here now with Eggtooth Productions as they transform your familiar local spaces and challenge their audience.

Linda McInerney is standing on the set of Shakespeare’s The Winter’s Tale directed by John Bechtold, a recent immersive theater project of Eggtooth Productions in the five-story Arts Block in Greenfield, Massachusetts. McInerney is at the heart of Eggtooth, a nonprofit theater company based in Greenfield. She wants you to be unsettled. “We have to become comfortable with extreme discomfort,” McInerney says, beaming warmly.

With roughly forty years of theater experience as an actor, director, writer, and producer, artistic director McInerney has the practical know-how of staging performances and a unique, creative insight for developing new work by experienced artists and newcomers. “What I love to do,” says McInerney, “is to provide opportunities to people with dreams and vision and there’s become a community of people who are resources to those creators. My job is almost like a matchmaker or conduit.”

“One of Linda’s many strengths,” says cross-artform artist and scholar Terry Jenoure of Greenfield, “is that she’s able to sense what is needed. She’s great at that.” Jenoure created a theater piece, “Honey Bees, A Communion,” for Eggtooth’s Full Disclosure Festival in June 2016. The festival paired artists with climate scholars to develop new work. Jenoure’s Communion was a sensory incantation, punctuated with the addicting, harmonic buzz of her violin and real honey on the tongues of the audience. 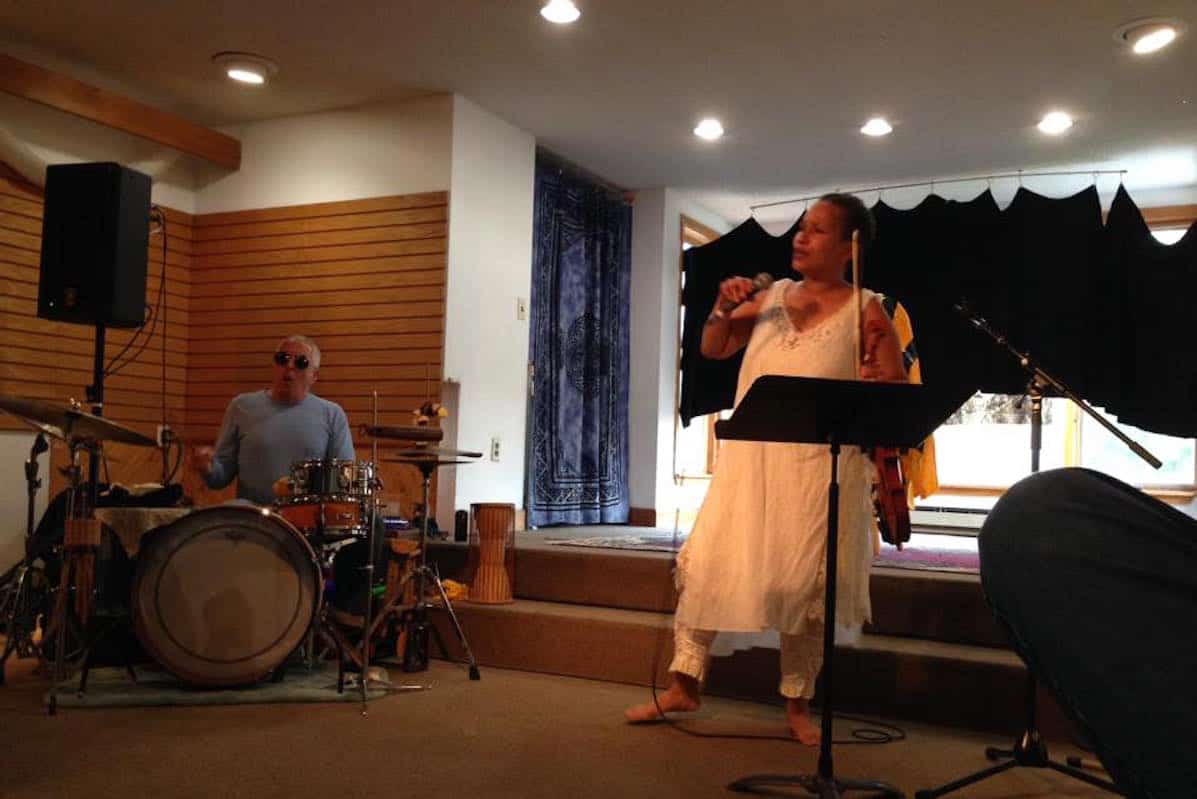 “I will say I have a particular interest in placemaking and what art does to a place,” McInerney says. “What people’s experience of art in a place does to the people in the place, and what that impact is over time and what’s the collective incremental, you know, when that pebble gets dropped in the pond, how far out can those rings go?”

Indeed, place itself is an important component to the ethical underpinning of art for McInerney. How people develop their relationship to where they live and how art prompts a reexamination of that connection is something very much on her mind. To that end, Eggtooth has invested in commissioning new work that focuses on place, incorporating local spaces in their downtown and other unconventional venues. 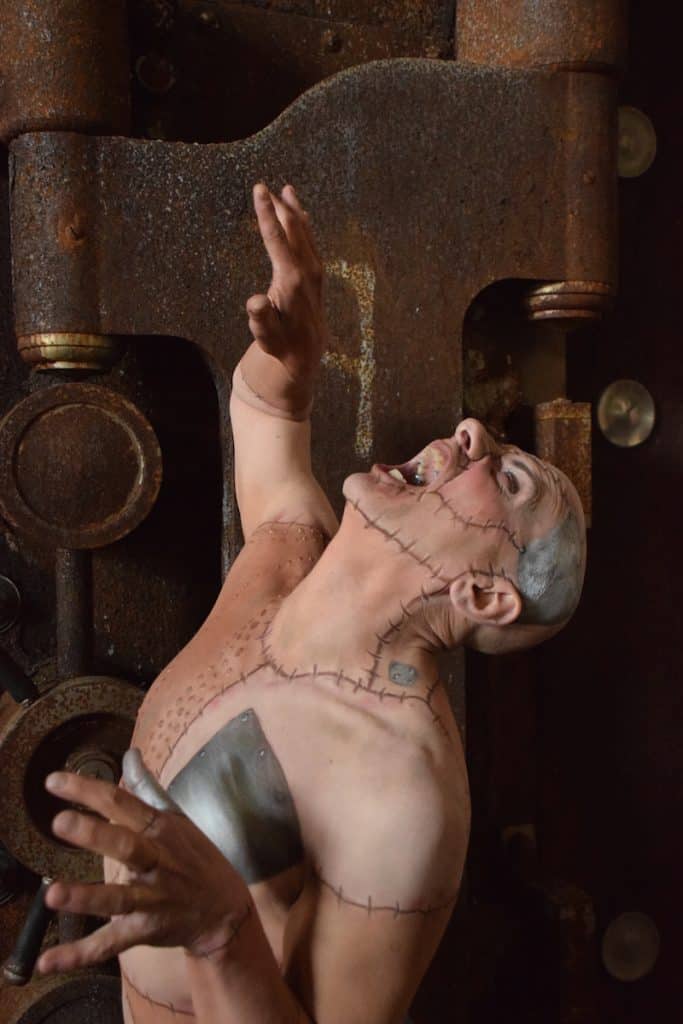 The commission of the reimagining of Mary Shelley’s Frankenstein by Lindel Hart, of Greenfield, in the former First National Bank building, was very much a piece of theater about place as a reflection of the philosophical themes at the center of the literary work. Hart’s adaptation made thoughtful use of the grand and torn cavernous space, simultaneously bringing in an audience for a gripping piece of theater and nudging interest in the building itself. That production went on to the Edinburgh Fringe Festival in 2015, where it earned high praise.

“Audiences are hungry to be excited, to be shaken up, to be surprised, to be filled with wonder and awe and that’s a real blessing in this area. We sell out almost everything we do. … There’s nothing passive about the way work happens in this valley. It’s very active. That comes from the business community, that comes from people who share their venues, that comes from the audiences,” McInerney says.
Asked why she feels particularly compelled to reach out and shake up an audience, her embrace of discomfort, as she calls it, McInerney responds quick and dead-serious: “Because it makes you woke. It makes you aware of what’s going on around you. … you gotta be here now. Because if you’re not, you’re not working with what’s here now. And that’s the wonderful thing about this kind of theater,” McInerney adds.

“You’re living in a world of what’s possible, and it’s endless.”