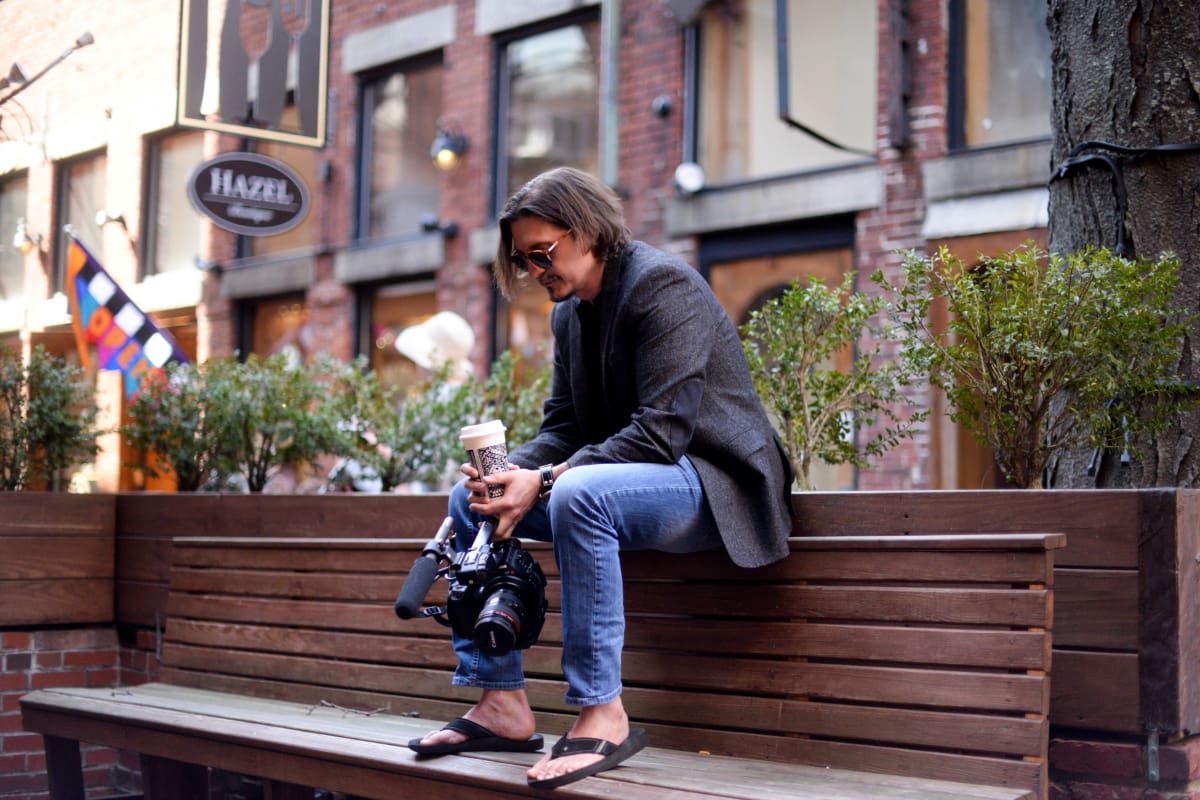 New Hampshire filmmaker Michael Venn takes on the opioid epidemic in his state in his documentary, The Heroin Effect.

New Hampshire is the type of state where you tend to know your neighbors. So it wasn’t surprising for filmmaker Michael Venn to run into an old friend in downtown Portsmouth. Their conversation, however, was anything but typical.

Venn was shocked when his friend, a man in his 20s, shared his struggles with heroin addiction. “This is the type of kid you’d want your daughter to date,” he recalls. “Good looking, from a good family, seemed to have his act together.” That chance encounter, combined with myriad headlines about the state’s opioid crisis, inspired Venn’s film, The Heroin Effect. It had its inaugural screening March 30 to a sell-out crowd at The Music Hall in Portsmouth. Another Music Hall screening is scheduled for May 25.

In the U.S., 144 people die daily from heroin and other opioid overdoses. It’s an epidemic that’s touched many New Hampshire residents. For Venn, who professes an obsession with coffee (he’s rarely without a cup), his research on heroin and opiate use changed his perspective on addiction. “It’s a medical issue,” he says. “The only way to tackle this problem is to be real about it and start a conversation.”

Being real meant telling a story that humanizes addiction and focuses on positive outcomes. Venn interviewed more than 50 people for The Heroin Effect, including people in recovery, politicians, police officers, and judges. The film introduces Eric, Sandi, and Dean, former addicts who are now actively involved in the recovery movement. Each tells their own story, without narration. There’s also a riveting video diary by Daniel, who openly discusses his struggles with heroin use. The film is driven by their stories. “My goal is that the audience likes everyone they see on screen and identifies with them,” Venn says. “These people are your next door neighbors, family members, and friends.”

Venn has explored storytelling through music and writing since he was a child. After college, he initially followed his dream to be a musician, playing drums in bands locally and in New York City. He was always interested in film. “I was the kid who watched movies incessantly, then dissected them,” he says.

A faithful attendee of the New Hampshire Film Festival, Venn was inspired to write screenplays, eventually volunteering to help local filmmakers. That led to small acting parts, writing soundtracks, and then directing and producing his own work. Venn made his directorial and writing debut in 2010 with the short film Dark Scribbles. He produced and co-directed an award-winning documentary, In Danger of Being Discovered as well as a PSA, It’s Time, Let’s Talk, about the opiate crisis. He’s also written and directed music videos.

Venn hopes to secure a film distributor for The Heroin Effect and have it seen by as many people as possible. The film’s initial screening at the Music Hall generated statewide buzz. “People told me they were telling others about the movie,” he says. “If you’re still talking about the film after it’s shown, I’m doing something right.”

Photo by Raya Al-Hashmi of Raya On Assignment