Ask Earth Eagle Brewings co-founder George “Butch” Heilshorn about his business strategy for attracting a more traditional beer drinker into his Portsmouth gastropub, and his answer may surprise you. “The hardcore Bud Light drinker will likely be disappointed,” he says, sitting in the small bar a cafe-like seating area of his craft beer pub. “The people who come here, they are on a mission.”

That mission, as it turns out, primarily involves gruits—beer that has little to no hops and relies on forged herbs, spices and roots to give it flavor. In fact, so serious is Hailshorn and co-founder Alex McDonald about this style of brewing that the brewery contracts with a forager who collects the spices and herbs from New England forests, swamps, and the seacoast for the house brews. “If you look at the history of beer, it’s only in the last couple centuries that hops became a thing,” says Heilshorn, a former high school guidance councilor. “Hops have nothing to do with alcohol anyway.”

Instead, between March and October, Earth Eagle gets a weekly list of available herbs and spices, and the co-founders along with their brewers go through them to select that week’s brews. Their beer menu changes weekly and sometimes daily, with about a half dozen of their own brews and a half dozen New England-based brews available at any time. Recent featured gruits have included Queen Mojo, featuring mugwort and wild carrot flower, and John’s Cross, featuring St. John’s wort, ginger root, lemon grass, rue and bee pollen. 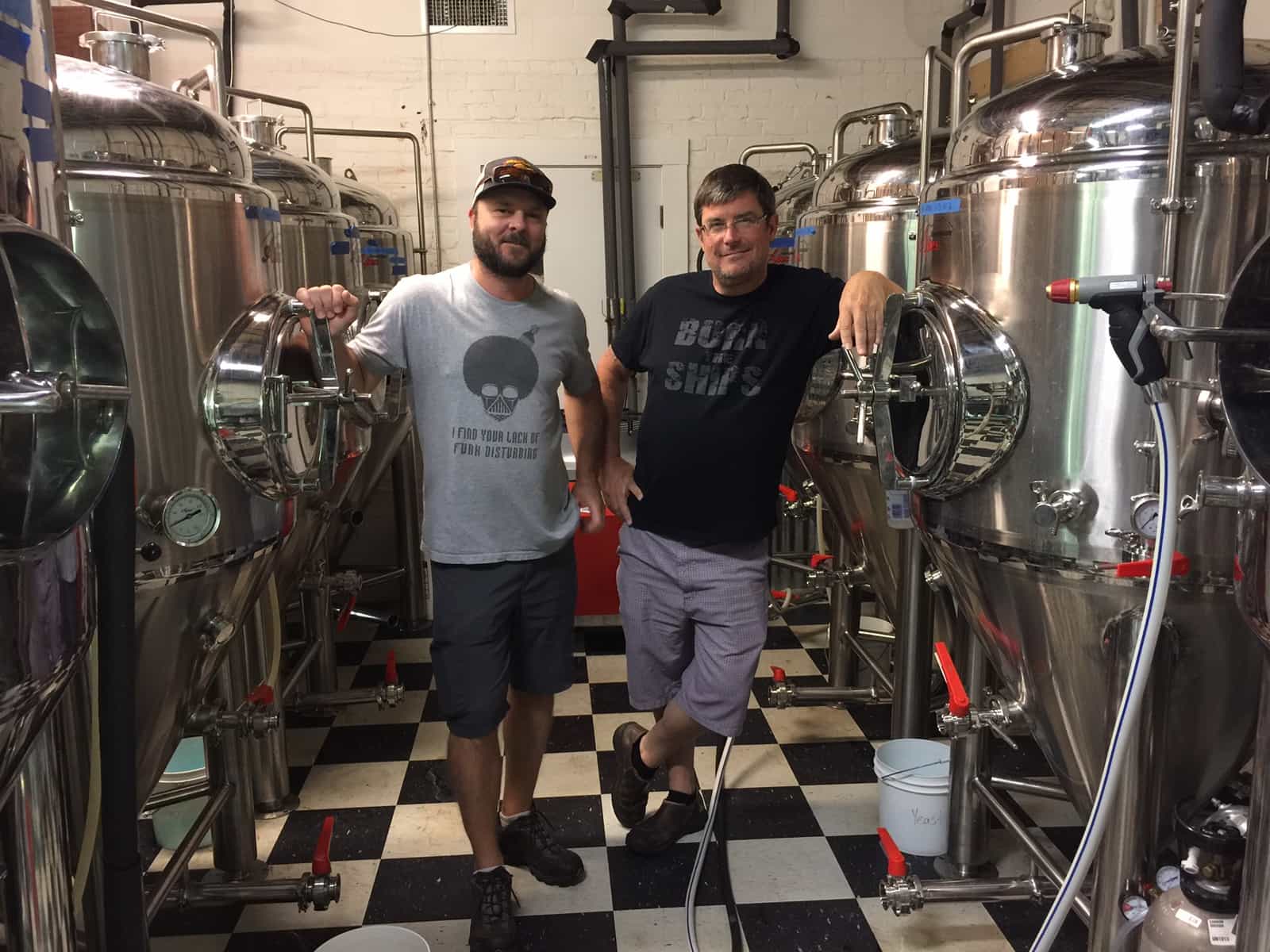 Earth Eagle got its start in a backyard when McDonald married Heilshorn’s sister, and the two began home brewing on a backyard picnic table. “We started getting positive feedback, and people started talking about our brews,” Heilshorn says. “And through it all, we just brew to satisfy our own curiosity about all these different styles.” Some of those unique styles are on full display in the form of recipes and history in Heilshorn’s new book, Against All Hops: Techniques and Philosophy for Creating Extraordinary Botanical Beer (Page Street Publishing).

Between the book and the pub (and McDonald and his wife own A & G Homebrew Supply, a beer making supply store tucked into the other side of the building), Heilshorn is convinced the craft market can only grow. “Look, Portsmouth is just on fire. It’s a boom town,” he says. “And 80 percent of the beer market is still that yellow fizzy stuff. As long as those numbers are there, those customers are fair game!”

All photos by Dan Szczesny