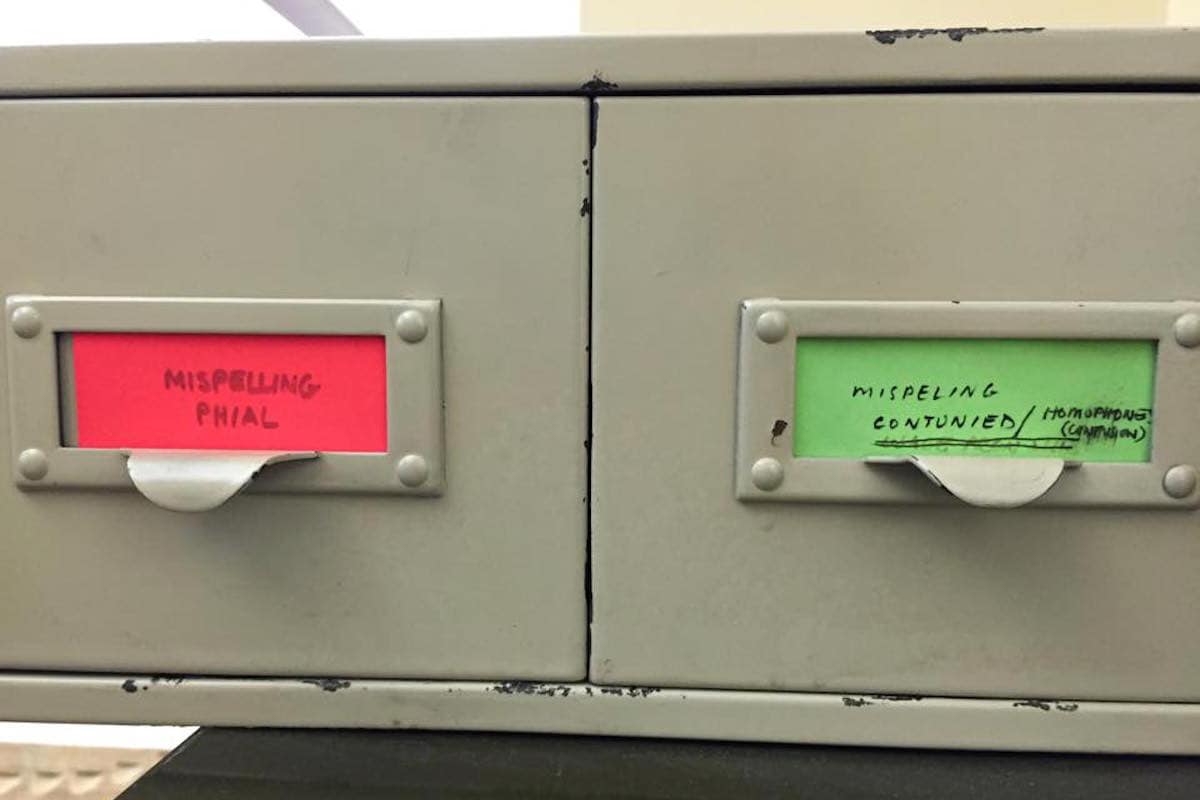 Merriam-Webster, the dictionary in charge of all things word worldwide, is right here in our New England backyard.

Our country’s gone off the rails. Absurd, bizarre, fantastic, foolish, nonsensical, preposterous, unreal, wild. Our country’s gone so far over the edge that tweeting the correct spelling of “hereby” is enough to clown on the POTUS.

The grown-ups at Merriam-Webster—and all the words tucked away in their Springfield, Massachusetts offices—are here to help. Merriam-webster.com gets 100 million page views a month, allowing them to see which words Americans are reaching for most, and when.  Like “surreal,” the word of the year for 2016, which just barely beat out “fascism.” 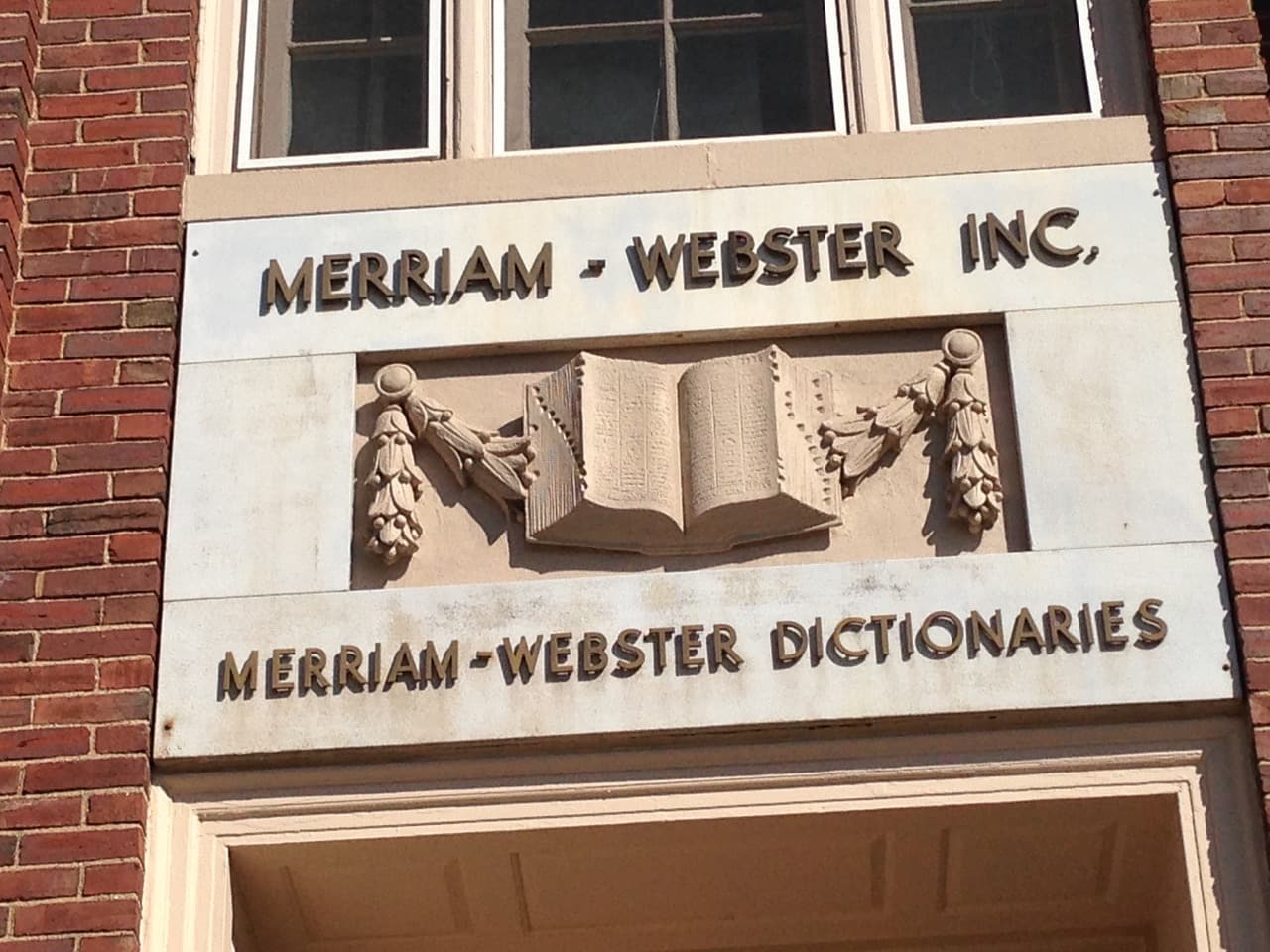 Is it trolling to simply point out a spike in folks looking up “feminism” after Kellyanne Conway says she’s not a feminist? Can a definition be snarky? Is it throwing shade to post the definition of “fact” when your government keeps offering alternative ones? Does it make me happy to answer “yes”?

Lauren Naturale got the job running the Merriam-Webster Twitter account when the company tweeted a call for a social media manager: “I saw the job and I stayed up all night working on my application,” she says. “I was thrilled when I got the phone call saying M-W wanted to hire me. My wife bought me flowers, we drank sparkling wine out of IKEA champagne flutes, and two weeks later, I started work.”

Peter Sokolowski, Editor-at-Large, gave me a tour of the foxed wonders in the Springfield office. Card catalogs there are filled with 17 million words as they are used—an uncontested record of the greatest number of words in one spot.  Just raw dictionary.  Uncut. Another cabinet contains all of the words spelled backward, for, say, making a rhyming dictionary back before the world was digitized. This fills me with wonder, makes me want to roll around in perforated index cards like they’re autumn leaves. 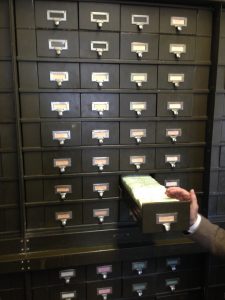 Merriam-Webster is doing what it’s always done: telling the truth about words. “This is not us being progressive,” Sokolowski says. “This is just us being accurate.” The earnest precision of the dictionary in its earlier print versions informs the trustworthiness of the current digital voice.

Look how hard the New International Third edition works to let you know what “puce” looks like: “dark red that is yellower and less strong than cranberry, paler and slightly yellower than average garnet, bluer and paler than average wine.”