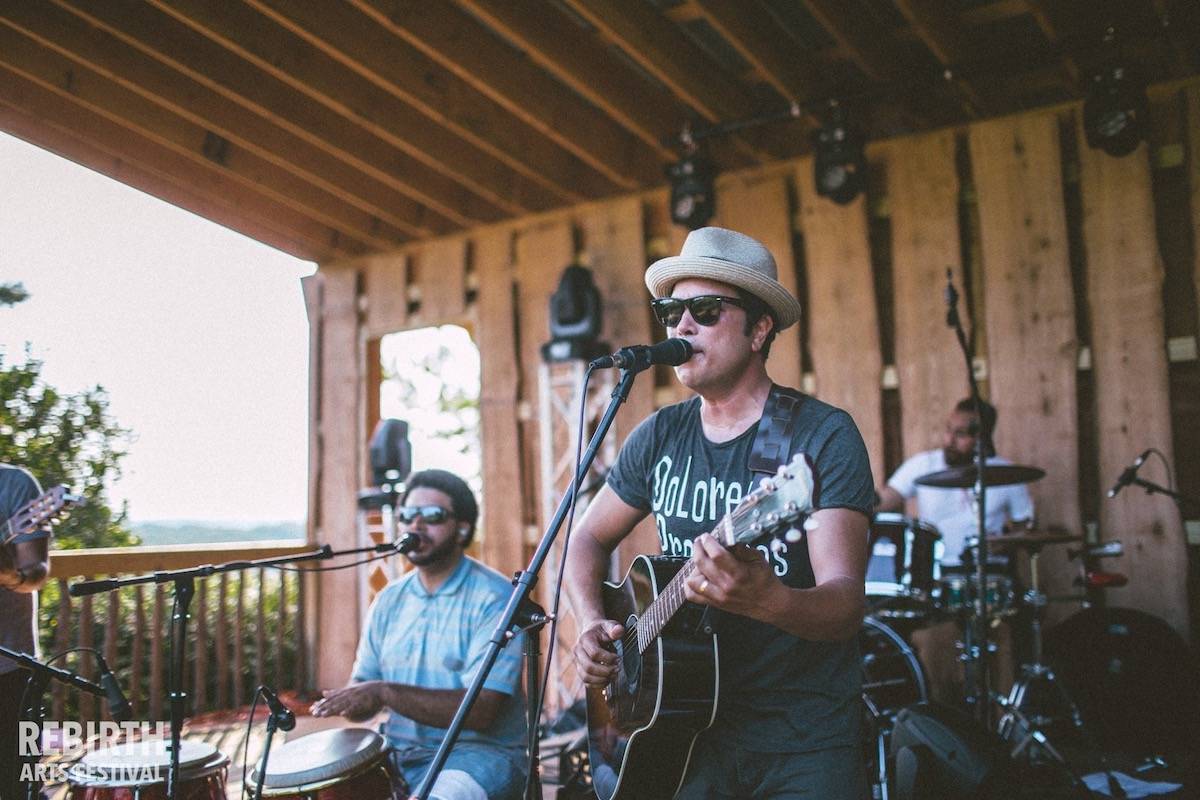 Musician Rick Reyes may have been born in Bridgeport, Connecticut, but his heart and his music lie in Puerto Rico. Which is one reason he’s created the Puerto Rican songbook project: It’s his way of sharing a piece of Puerto Rico with the world.

Reyes, who refers to his Connecticut hometown as “Bridgeportorico,” moved back to Puerto Rico when he was a young child. He lived there until he was 13, at which point he and his family moved back to the States.

It was a tough time to move, Reyes recalls, and it was music, and Puerto Rican in particular, that helped him through the transition. “When you move any place as a child…it’s a big transition in your life,” Reyes says. “I was taken aback by leaving friends behind, starting again new.”

“I used to always write my thoughts and feelings as a little kid,” he continues. “My outlet became to write more. I picked up guitar. Things became songs.”

These songs eventually turned into a music career, which in turn evolved into a dedication to spread the sounds of Puerto Rico. The Puerto Rican songbook project began with an arts grant in 2016 that placed Reyes as artist in residence at the Bijou Theater in Bridgeport. The grant enabled Reyes to perform once a month with various Latin-centric groups, as well as develop the project.

While not the sole focus of Reyes’ concerts—he performs regularly with Cosmic Jibaros, the Pasofino Social Club, and Novela Sin Tiempo—the Puerto Rican songbook project is meant to be a Puerto Rican musical travel guide of sorts, featuring songs from the 1920s to the ‘90s and highlighting the contributions of Puerto Rican composers. Reyes, who is a member of the Nest Arts Factory in Bridgeport, has also developed a few workshops on the topic.

Reyes is pleased with the feedback he’s getting on these performances so far. (You can catch the next one April 22 at the Bijou). “It’s had such an impact in the community,” Reyes says. “It’s a community that needed to realize their roots. It’s a very healing show for folks.”

That healing seems apt given that’s what music initially did for the young Reyes newly transplanted in America. “When I started writing music, it was not with the intent of following any particular genre but to let me emotions out,” he says. “It was the only way I could express what I was feeling. Like many artists you paint your soul, you sculpt your emotions.”