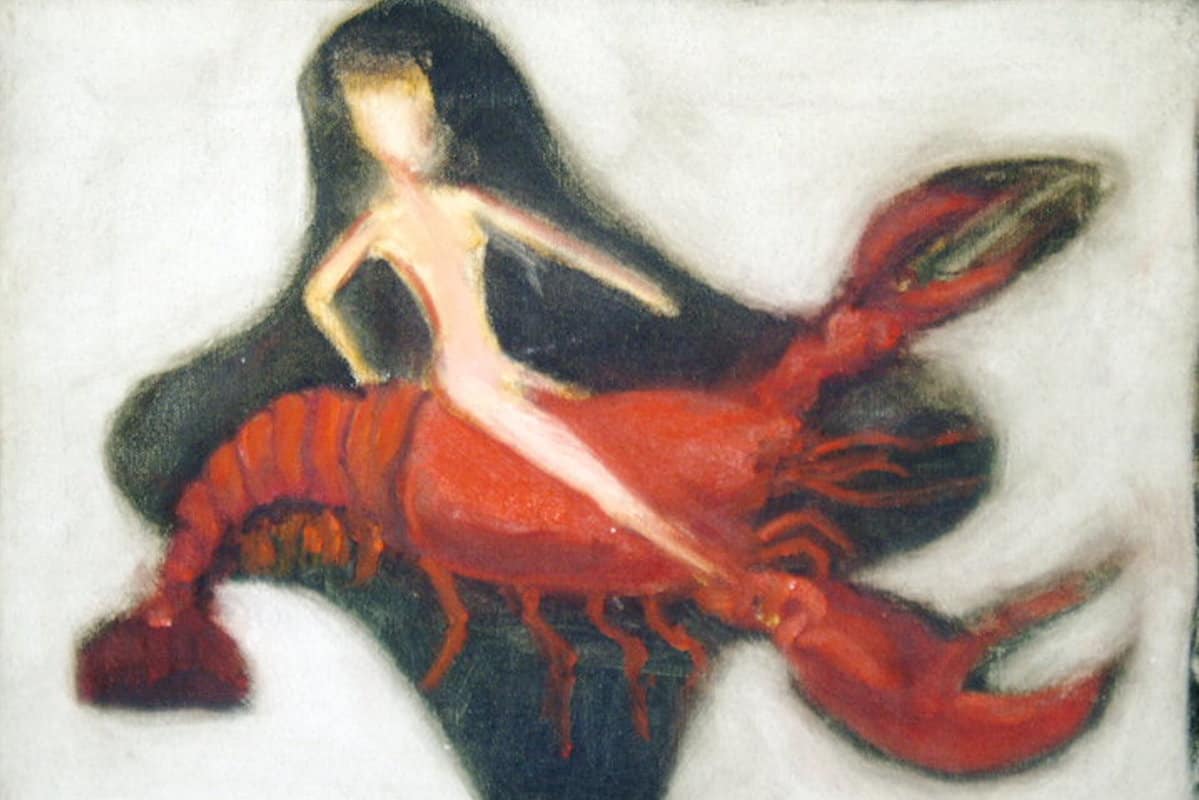 The Museum of Bad Art is here for you – a depository for poor technique, wonky perspectives, and the who-is-that-supposed-to-be.

The first thing you should know about the art showcased in the Museum of Bad Art is that it’s, well, bad. It’s difficult to call any piece of work bad because of the inherent subjectivity in commenting on art; but the pieces at MOBA feature misplaced brush strokes, creative interpretations on human proportions, and genre-pushing takes on abstraction that would make Picasso tilt his head. Don’t mistake the museum’s name or raison d’etre for mean-spiritedness, though. MOBA is here to celebrate the artist inside all of us.

The Museum of Bad Art was founded back in 1996 when art and antique dealer Bob Wilson found a painting in the trash. Instead of scrapping the artwork and selling the frame as intended, the work known as Lucy in the Field with Flowers became the start of a collection that has now grown to around 800 pieces. The Museum has three galleries: the Somerville Theater, in the offices of the Brookline Interactive Group, and at the New England Wildlife center. Surprisingly, they receive most of their submissions from the artists themselves. 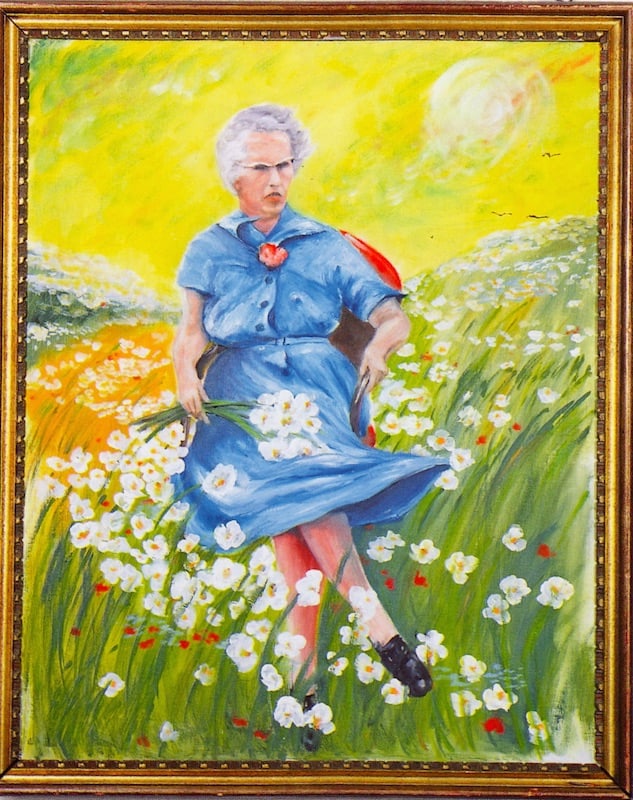 LUCY IN THE FIELD WITH FLOWERS, Unknown | 30×24 inches | Rescued from trash in Boston MA by Scott Wilson (MOBA Esteemed Curator Emeritus) 1993
The motion, the chair, the sway of her breast, the subtle hues of the sky, the expression on her face; every detail cries out “masterpiece”.

Louise Reilly Sacco, one of the five original founders, holds the (exquisite) title of Permanent Acting Interim Executive Director. Her deep love for art and genuine desire to give artists a platform shines through when she speaks of MOBA’s mission. “We love and celebrate these pieces. We never insult them, we never say ‘this is terrible’. We love the work and we want to share them.”

MOBA’s good-natured ribbing is best on display in the narratives they develop for each piece. “We interpret them and try to say what we think is going on in them,” says Sacco. Take, for example, the caption for a piece titled Woman Riding Crustacean, “Possibly inspired by Debra Winger riding a mechanical bull in Urban Cowboy (1980), this image of what appears to be a blow-up doll riding a giant lobster looks unfinished. It may be a study for a larger, hopefully more erotically realized, work.” MOBA obviously has some fun with the unusual piece, but it also gives it something it would never have received otherwise: a platform.

It would be easy to simply ridicule the pieces and move on, but MOBA strives hard to find the positive in everything it showcases. The staff at the museum know it is better to have tried and failed than to have never tried at all. Sacco expanded on this idea, “One of the things that we’ve realized we’re doing is we’re celebrating the artist’s right to fail. You can do everything wrong, or do a piece that doesn’t accomplish what you set out to do and still have something that’s interesting, that gets people talking, and those are all great things.”

There’s a Samuel Beckett quote that goes “Ever tried. Ever failed. No matter. Try Again. Fail again. Fail better.” The Museum of Bad Art takes this belief to heart and knows that success or failure aren’t what matters, it’s trying. 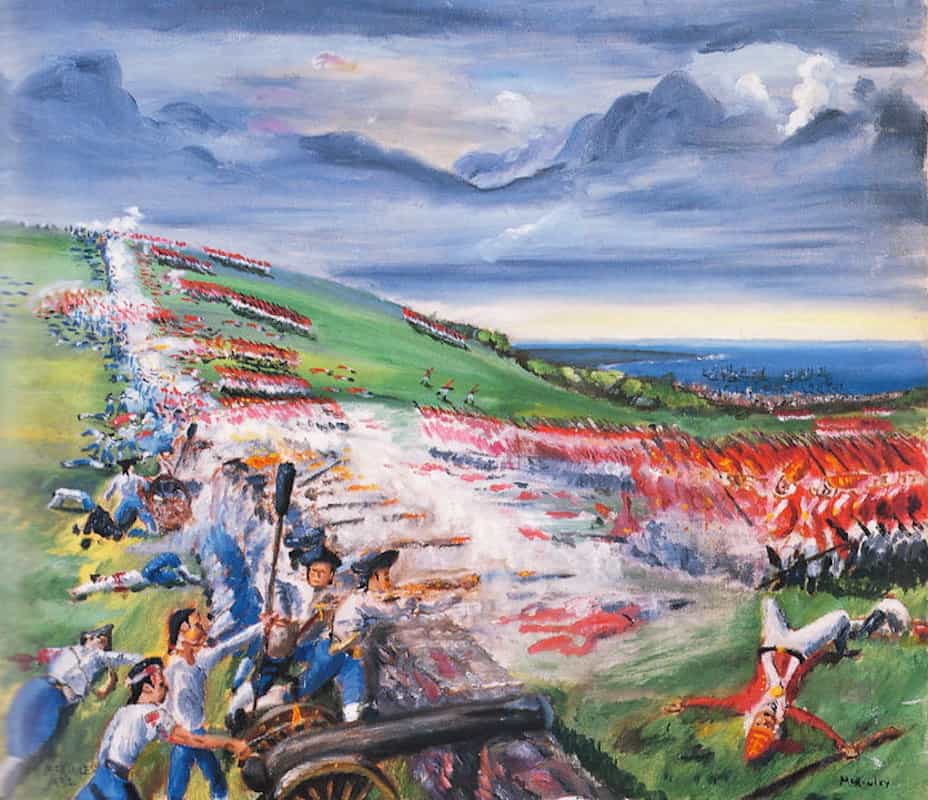 THE HORROR, THE GLORY, Tom McKinley 1952 | 22×26 inches, acrylic on canvas | Donated by the artist
No detail, and indeed, no man is spared in this bellicose epic. Battle lines reach to the sky, where gunsmoke feeds the fury of a storm, imminent in the heavens. Alleluia!