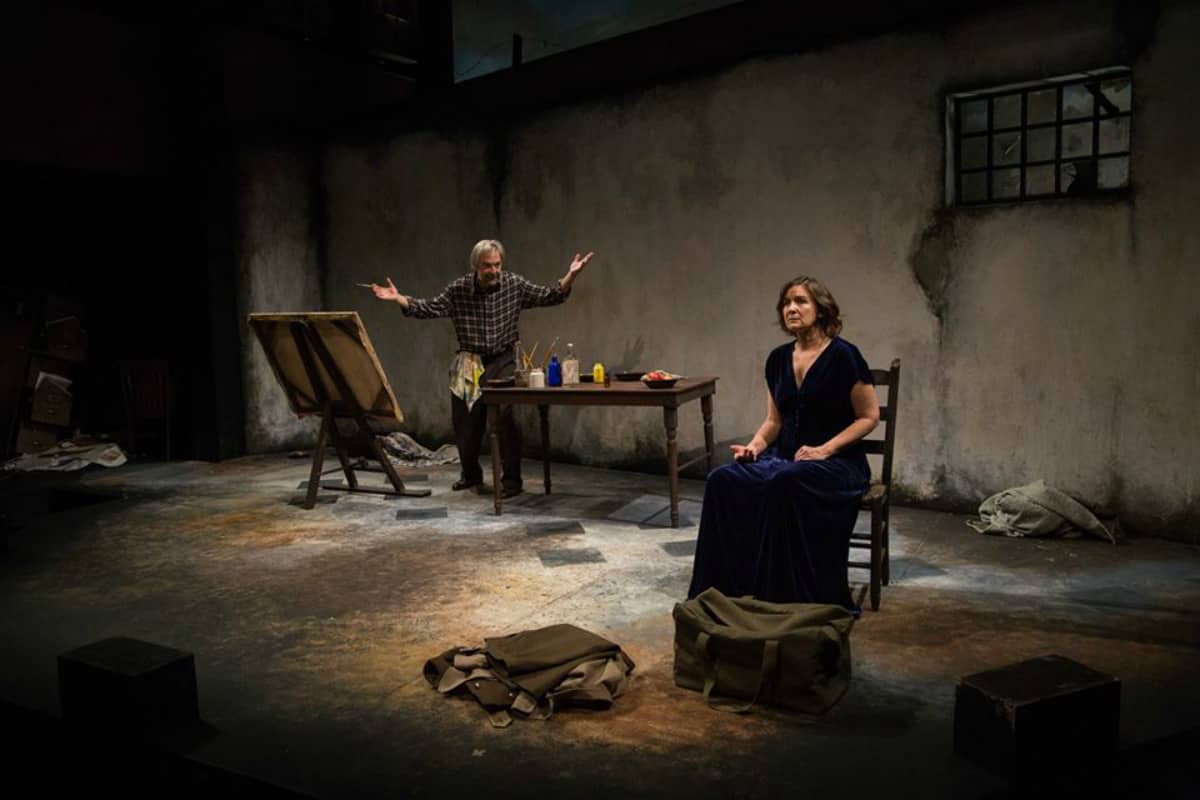 Berkshire Theatre Group and WAM Theatre pair up to bring The Bakelite Masterpiece, a taught 90-minute drama, to life.

Berkshire Theatre Group, one of the foundations of quality theater in Western Massachusetts, has partnered with the ambitious upstart, WAM Theatre to produce the American premiere of the Canadian play, Kate Cayley’s The Bakelite Masterpiece at Berkshire Theatre Group’s intimate Unicorn Theatre in Stockbridge. It’s a partnership of note. 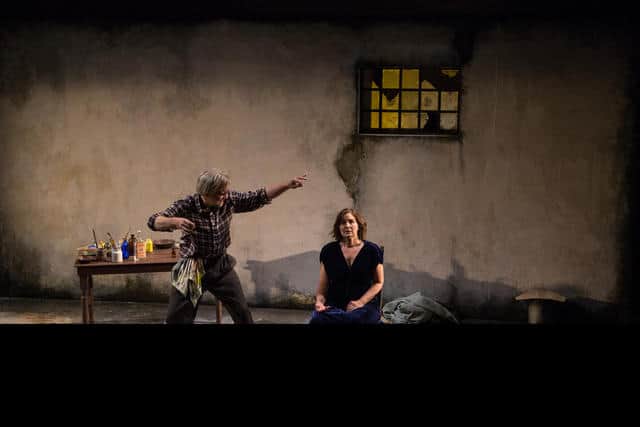 WAM, under the leadership of Kristen van Ginhoven, calls itself “Theater for everyone that benefits women and girls”. It’s known for employing women as playwrights, directors, actors, and production people. It donates a percentage of its box-office proceeds to non-profits that provide programs and services to women and girls.

Van Ginhoven, Canadian-born director, is bringing one of the best representatives of contemporary Canadian theater to the Berkshires. The subject matter of The Bakelite Masterpiece, set in Holland, resonates with Van Ginhoven, since her family survived World War II in The Netherlands.

In this taut 90-minute drama, punctuated by solid writing, thoughtful staging, and two outstanding performances by David Adkins as an artist and Corinna May as an investigator working to repatriate Holland’s art masterpieces which had been looted by the Nazis, there is a fascinating story told to perfection. At the close of World War II, an artist is about to be prosecuted–and ultimately executed for selling a priceless Vermeer to a Nazi officer. The investigator, an art student, may have witnessed the sale, but the artist claimed that he’d copied Vermeer and created a fraud. She basically says “If you did, recreate another Vermeer that can’t be told apart from an original.” Kate Cayley’s play combines strong characters with elements of a thriller, and director Kristen Van Ginhoven fuses the performances and production values with satisfying results. 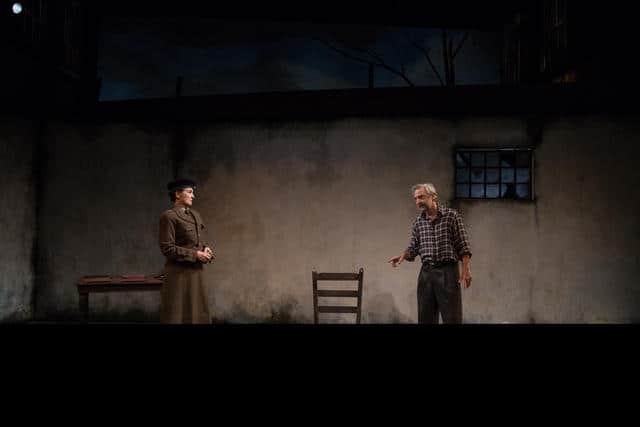 David Adkins and Corinna May are much-respected actors on the Berkshire theater scene. They work together in synch, and both deliver superb performances. There are sequences in which Adkins takes center stage with no dialogue to render breathtaking artistry. May has subtle transitions in her performance that are equally splendid.

The Bakelite Masterpiece is one of the best plays and productions that I’ve seen this season, and seeing WAM and Berkshire Theatre Group in collaboration is a partnership that I hope continues in years to come. Add the polished performances of David Adkins and Corinna May to the mix, and The Bakelite Masterpiece is a great reason to savor some good theater on a frosty Berkshires autumn night.

This review originally ran in the Westfield News Group

Top image: David Adkins and Corinna May in The Bakelite Masterpiece | Photo by Emma Rothenberg-Ware