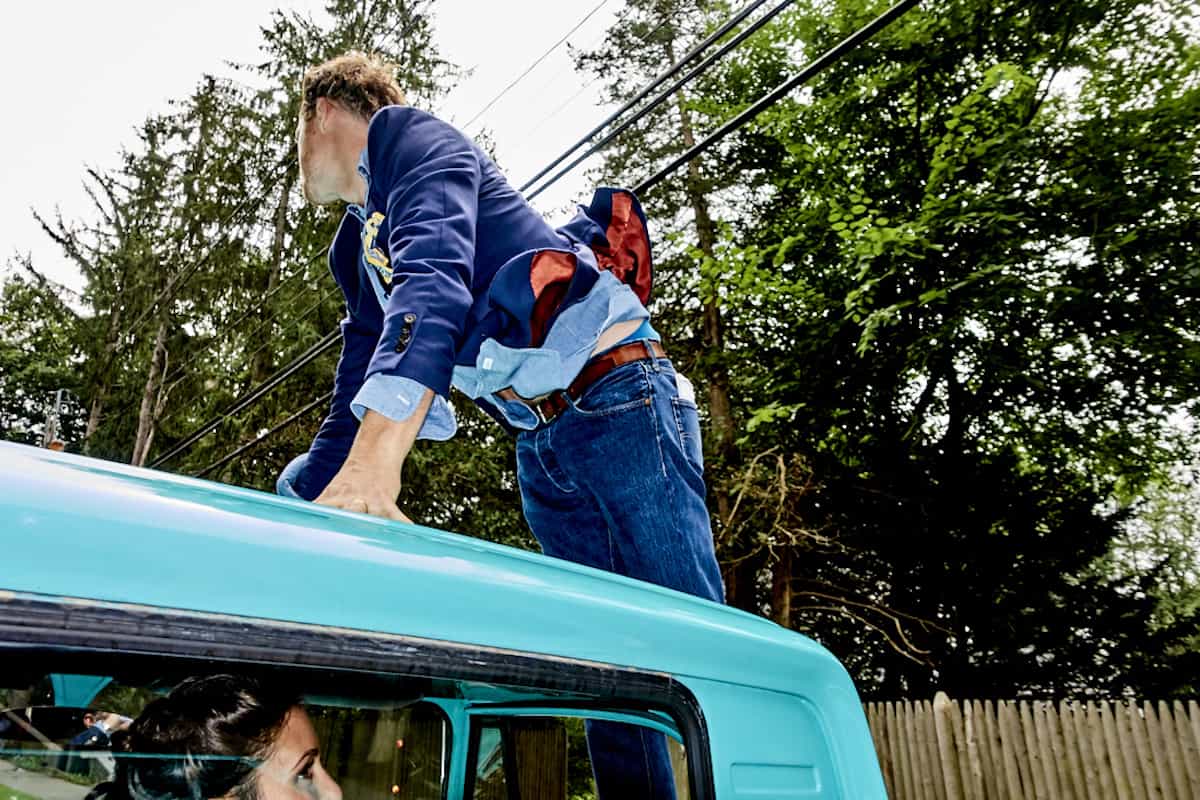 Speaking loudly, looming large, and looking as if it’s about to fly off the wall, Max Toth’s art is much like the man himself.

Ever since he was a kid, Max Toth’s true passion has been painting and drawing. He’s always considered himself an artist, carrying books around with him in which he could sketch at any time of the day when struck by inspiration. It initially stemmed from comic books; he was so influenced by them that he’s literally had to keep himself away so he doesn’t spend all of his time flipping through their pages. Nowadays, Toth takes inspiration from all avenues and walks of life. 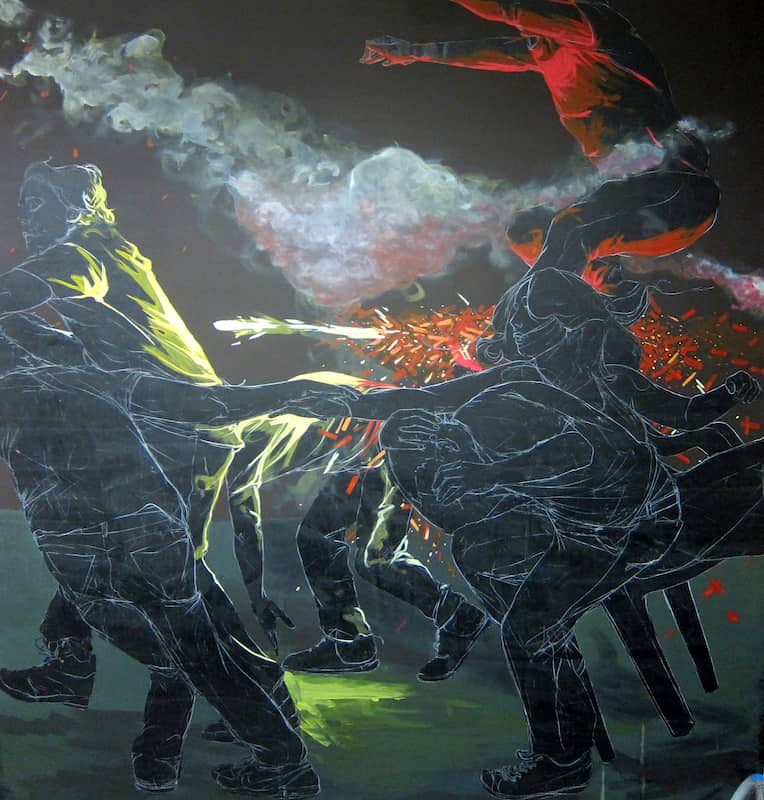 “I deeply value experience,” explains Toth, who lives in New Haven, Connecticut. “For the past five or six years, I have driven in demolition derbies, which has been an influential experience. Derbies have a lot of the hallmarks of my youthful actions, but with a skill and an interesting comment on manufacturing. But the act itself is truly and incredibly freeing for me.” Not surprisingly, Toth also finds inspiration in other’s art. “Seeing great art is always one of the most inspiring things to me,” he says. “Honestly, seeing bad art is inspiring, too. So I’ve been trying to hunt down other activities, like derby, that I can learn from. and trying to see as much art as possible.”

Toth’s creative output ranges in scale and mediums—from oil paintings on canvas, to smaller, detailed watercolors, to wall drawings, to negative-space depictions in ink, to pencil sketches, and more. He values the “quality of line” over anything else. Compositionally, Toth admits that he’s drawn to, and inspired by, kinetic energy. He explains, “I like the moment where you’re at peak movement, the moment before everything comes crashing down, when the moment is most poised for energy. Active imagery. Minimal color base. Line work.” 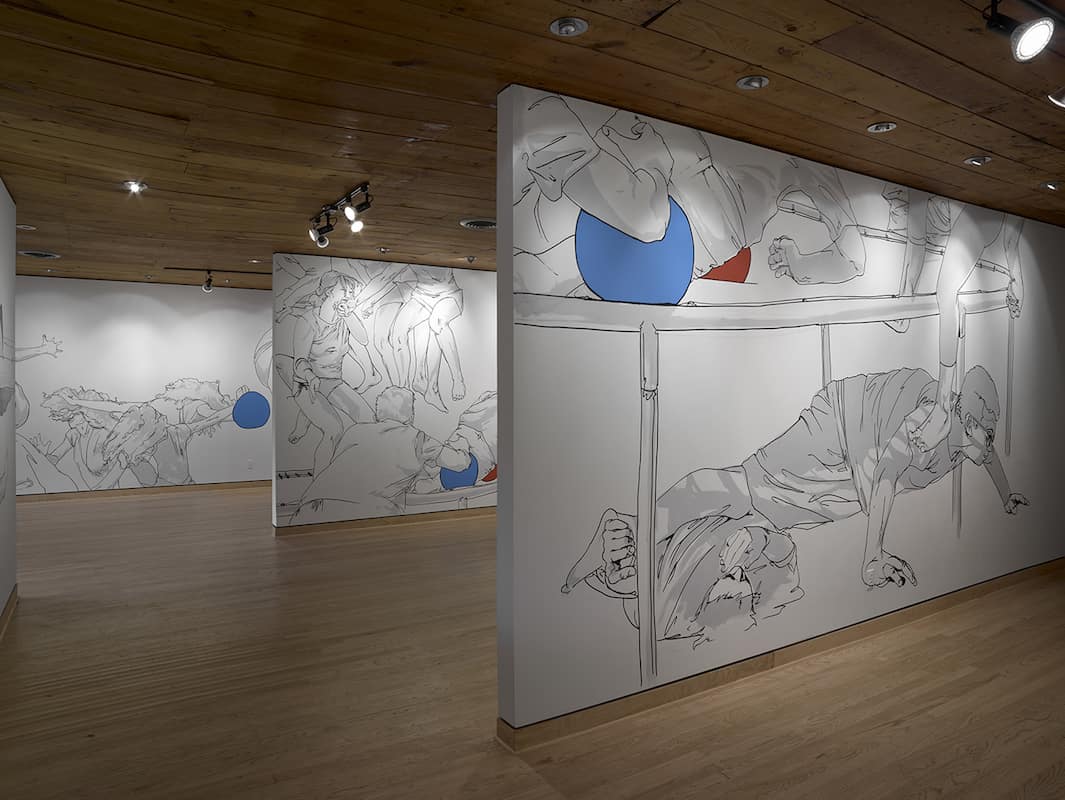 He also draws inspiration from artists Egon Schiele and Jean-Michel Basquiat. Indeed, the parallel between these two artists and Toth’s work is strong, with all three utilizing exaggerated figural imagery, saturated colors, and clear lines that lend a raw, sketch-like style to their work.

Toth, who received a degree in Fine Arts from Yale University and has a studio in New Haven, says that his work is heavily influenced by the space he occupies in New England. “New England was the birthplace for my interest in coming-of-age rites,” he explains, “in that it’s where I first experienced them. All of my original work is about my years growing up in a sleepy historic town in New England, and the games we would play to prove who was bravest or strongest or craziest.

“I’m interested in the idea of manhood,” he continues, “and how we relate to it. We all have masculine and feminine traits; I like the idea of giving everyone a place to experiment with the physicality of bravery and tribal bonding found when engaging in something you aren’t sure about.”

All images courtesy of Max Toth