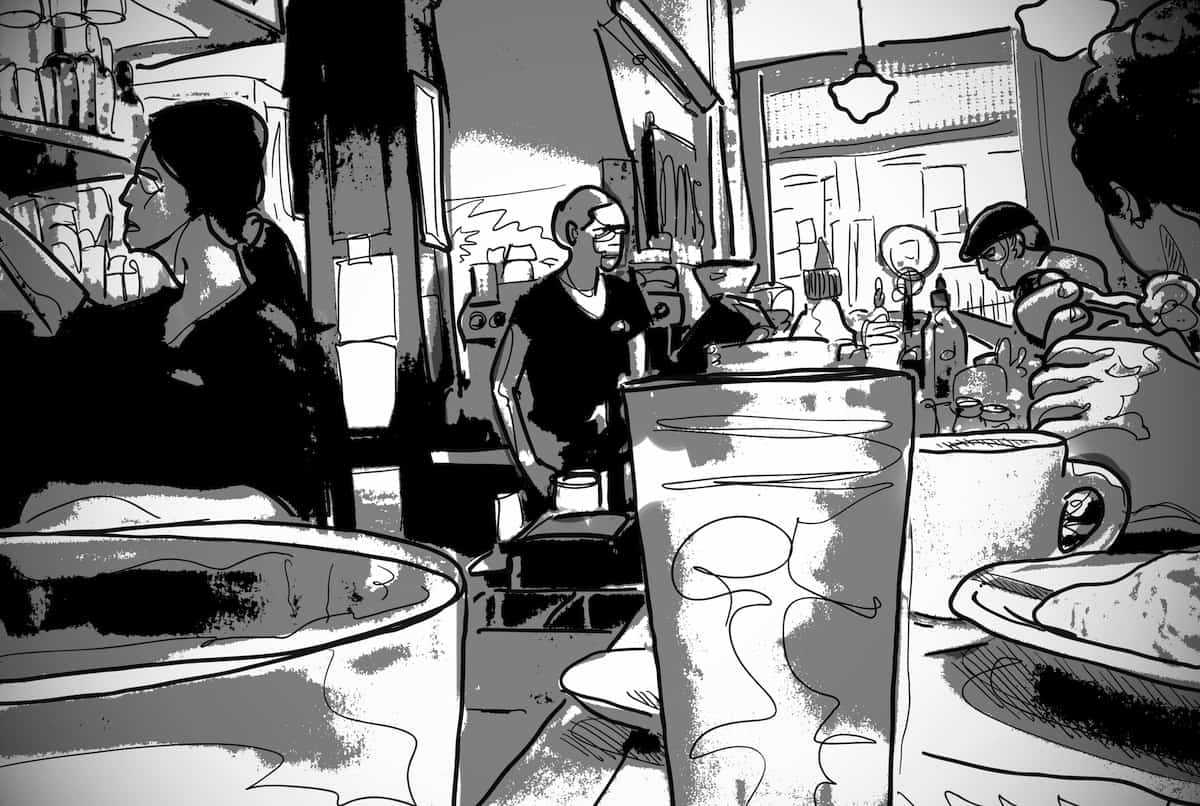 Scene: Busy coffeeshop just after dusk. Location: Northampton, MA. In walks a bedraggled, white-bearded, black coffee-swilling, grump-meister named Tom Pappalardo. His laptop is scratched, stickered, and held together with a clamp. He looks like Liam Neeson about to do someone some very serious damage. “I used to be a semi-professional curmudgeon,” he says, “but now it’s more of a persona. I think I’m actually much nicer than I used to be.”

Pappalardo, an Easthampton, MA-based graphic designer, musician, and longtime comic book artist (Everything You Didn’t Ask For, 2014), has written, designed, and, through his new press, Object Publishing, self-published One More Cup of Coffee (2016), an observational compendium of his visits to coffee shops throughout Western Massachusetts. The book really doesn’t have anything to do with coffee, except insofar it’s the liquid folks gather around to talk life, death, and pretty much everything else in between. Tom visits these spots, gets himself a cup of their darkest coffee, sets his back to the wall and just listens. The locales range from classic New England coffee shops like Shelburne Falls Coffee Roasters, to supermarkets (Trader Joe’s), to the most ubiquitous of middle-America coffee sellers like Dunkin’ Donuts and a Starbucks inside Barnes and Noble.

“It came about as a way for me to get out of the house,” Pappalardo explains. “I made a list of places, some of which I’d been a regular at for years, then others – hey how come I don’t go there?” He developed a following writing weekly Facebook updates of his observations, which became about 90% of the book, “though,” he promises, “the book is much better edited.” The book’s subtitle, “In Which the Author Barely Talks About the Coffee” was by design. “A lot of the Facebook fans thought they were café reviews. I’ve lived in the area for 20 years, I knew a lot of the owners. I wanted it to be clear that this wasn’t an extended Yelp review.”

Instead, Pappalardo reviewed the customers inside the shops, telling their stories through his story, which is most often full of rage at the base foolishness of our entire culture. With lines like “I’m trying to be less of an asshole,” it’s clear that Pappalardo enjoys being a character in his own book. It also allows him to offer up some wickedly brutal assessments of the most mundane or overwrought conversations.

Behind Pappalardo’s umbrage is the sense that we’ve lost touch with being, and feeling, part of a larger community. “Even folks our age or older are blindered and not mindful of what’s going on around them,” he says.” A big part of this book was a mindfulness exercise. I’m going to a place just to observe. I try to make it as funny as I can, because that’s the genre I work in.” 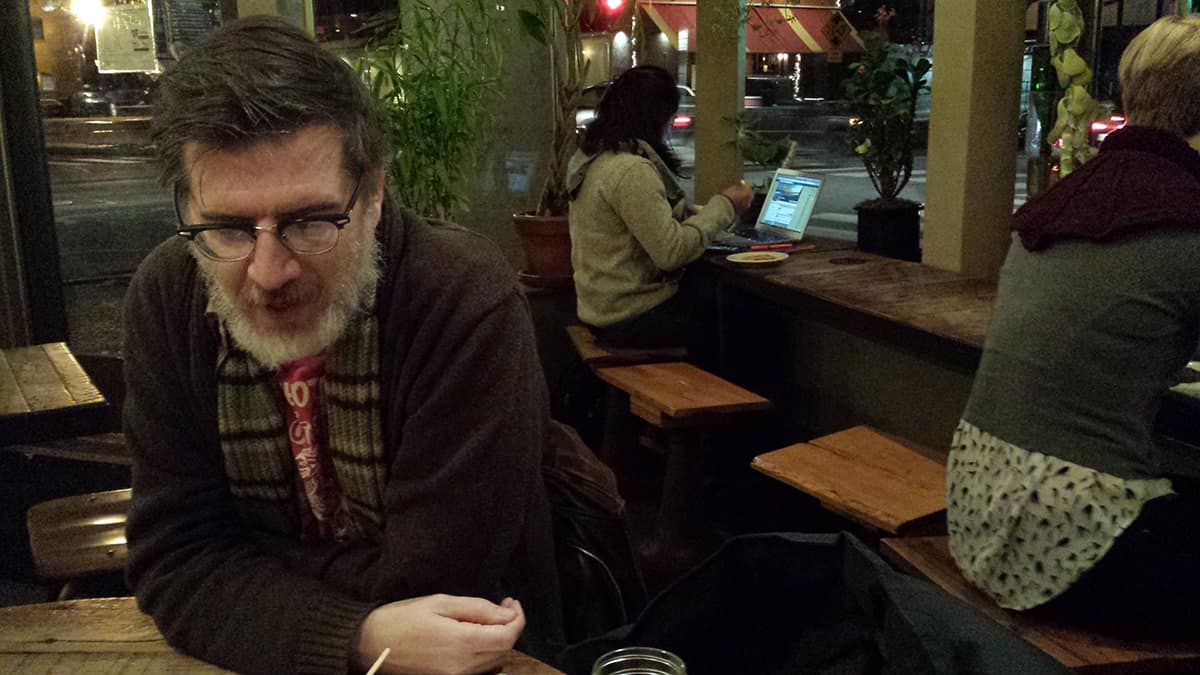 Though it seems the antithesis of his old-school coffee shop haunting, Pappalardo also made One More Cup of Coffee available on Kindle, a move that strips it of its design, physicality, and character. It’s a sign of the times, one he acknowledges with a wince. “I’m more interested in the object  of the book,” Pappalardo explains. “I just wanted to make a nice book. It’s the same with albums vs MP3s. I’m certainly from that era where I remember growing up and buying a cassette at the mall. You’d sit and listen to it and read along with all the lyrics. You build a connection to the album. I’m also a graphic designer; you can’t have an album without a cover. So yeah, to me this is the closest I get to art, whereas the Kindle version is the raw data. If someone wants to consume that, that’s fine—I’m not going to stop them. But the book is way cooler.”