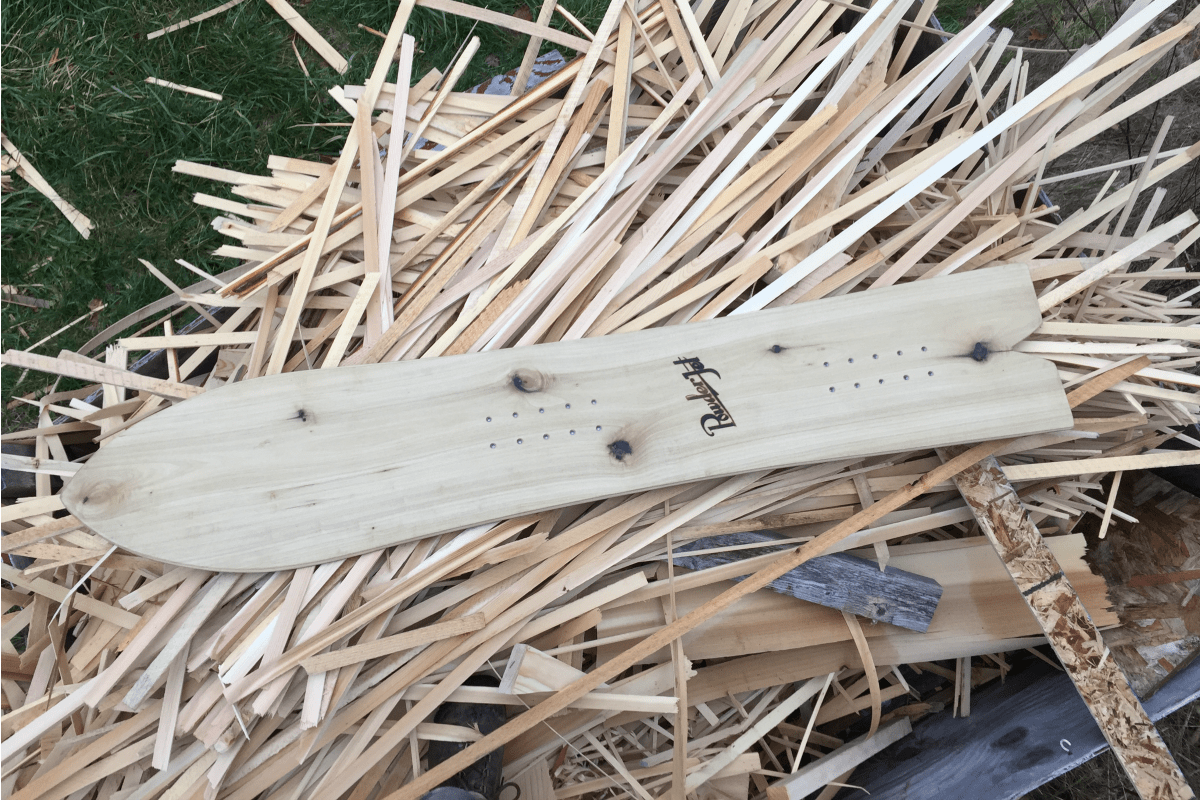 Street? Slope? Shoreline? There’s a board for that. And it’s made in New England.

Hanlon Longboards – Brentwood, New Hampshire
Surfboad maker Dan Hanlon says, “I make custom longboards that are more durable, easy to ride, and stylish than Asian popouts that sell for hundreds more in your local surf shop.” He specializes in 9- to 10-foot boards modeled after the heavier longboards that used to be made in California and Hawaii in the 1960s. Hanlon Longboards also have “some modern features that work well on New England breaks.” Average price: $850.

Straws Noserider board by Hanlon

Grain Surfboards – York, Maine
“What started as a desire to build and ride our own boards turned into a bigger idea: classic surfboards that were completely new to an entire generation of surfers, an environmentally conscious generation with an appreciation for sustainability,” say Grain Surfboards co-owners Mike LaVecchia and Brad Anderson. Their surfboards are hand-built using boat construction techniques and local wood. Prices start at $1,000, and there are make-your-own kits and workshops, too. 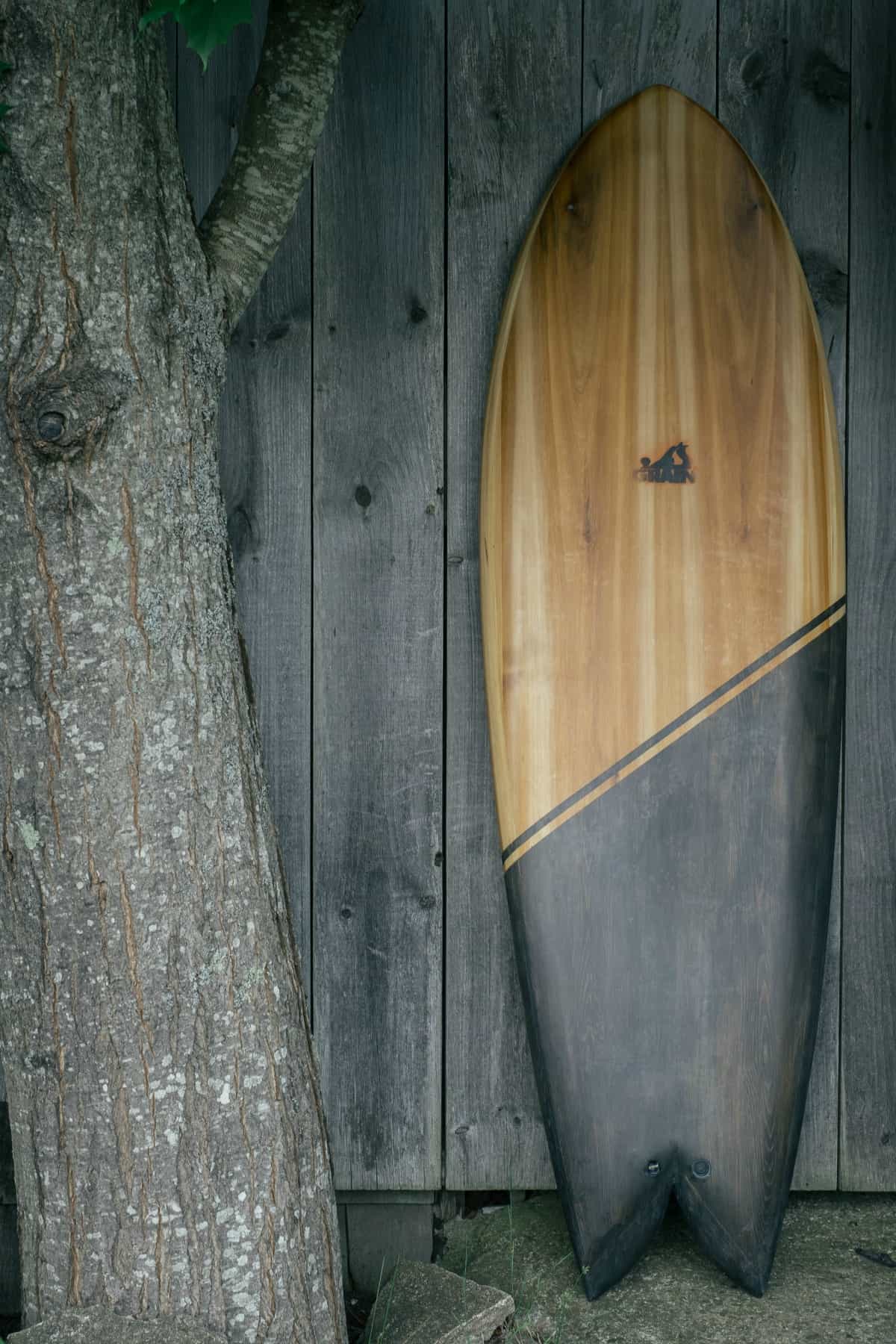 Waka board by Nick Lavecchia

PowderJet Snowboards – Rupert, Vermont
The most-recognized brand of snowboard, Burton, is headquartered in Vermont, but the Green Mountain State boasts smaller producers as well. One of the latter is Jesse Loomis, who makes only about 150 boards a year. “I build PowderJets in the cleanest way I can,” he says, referring to his commitment to environmentally friendly, local materials and methods. He builds his snowboards from U.S.-grown maple and poplar. Average price range $550-$750. 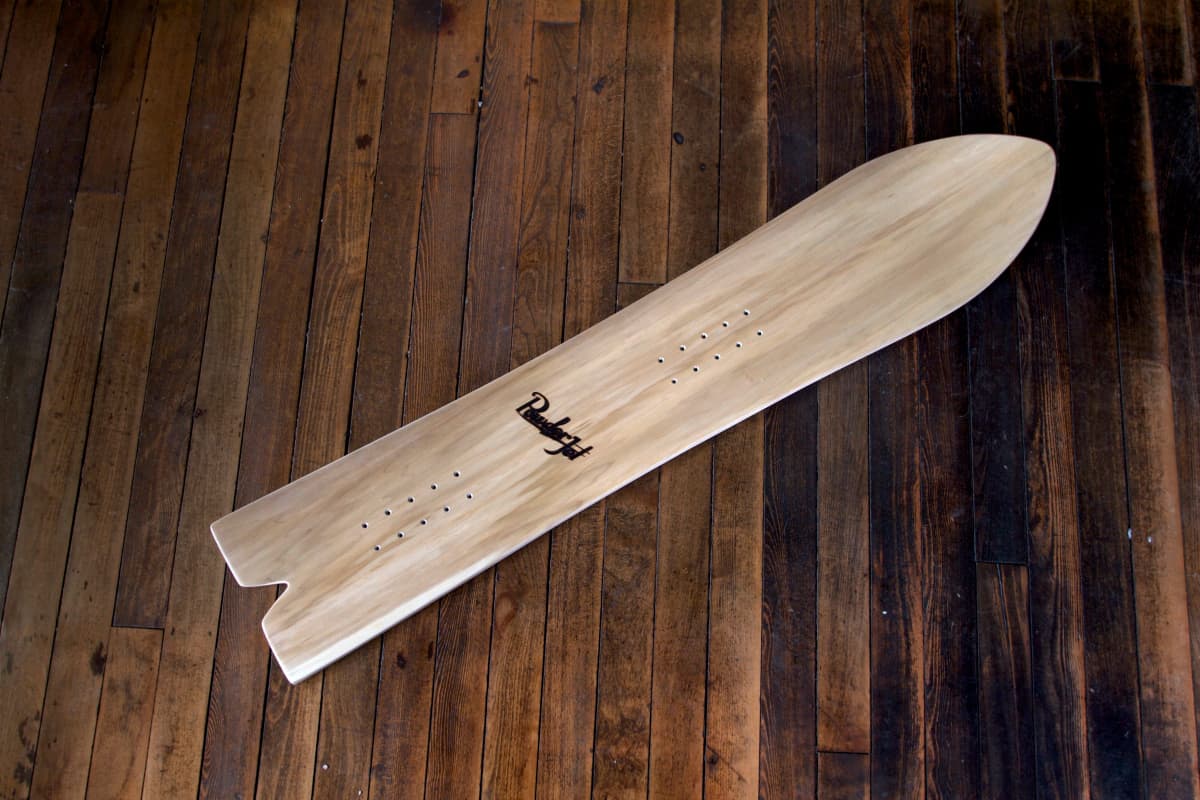 Board by Jesse Loomis

Powe. Snowboards – Burlington, Vermont**
Co-owners Adam and Eric Vindigni use environmentally conscious, American-made materials such as bamboo, poplar, and hemp (for the outer layer on which graphics are printed). “Designed to be suitable [for] backcountry and all mountain disciplines, our snowboards are lightweight, flexible, durable, and made right here in Vermont,” they declare. They also work with their community to reduce the amount of trash on ski-resort mountains. Price range $275-$399.

SHOREBOARDZ – Trumbull, Connecticut
Michael Shore, a longtime skateboarder and surfer, developed a line of skateboards to simulate surfing. He also created SHOREBOARDZ to “provide safer, more stable boards for those who had long since given up skating” for fear of injury, he says. There’s even an extra-long skateboard for stand-up paddle board training. Shore is a one-man show who runs his business out of his garage. Prices start at $150. 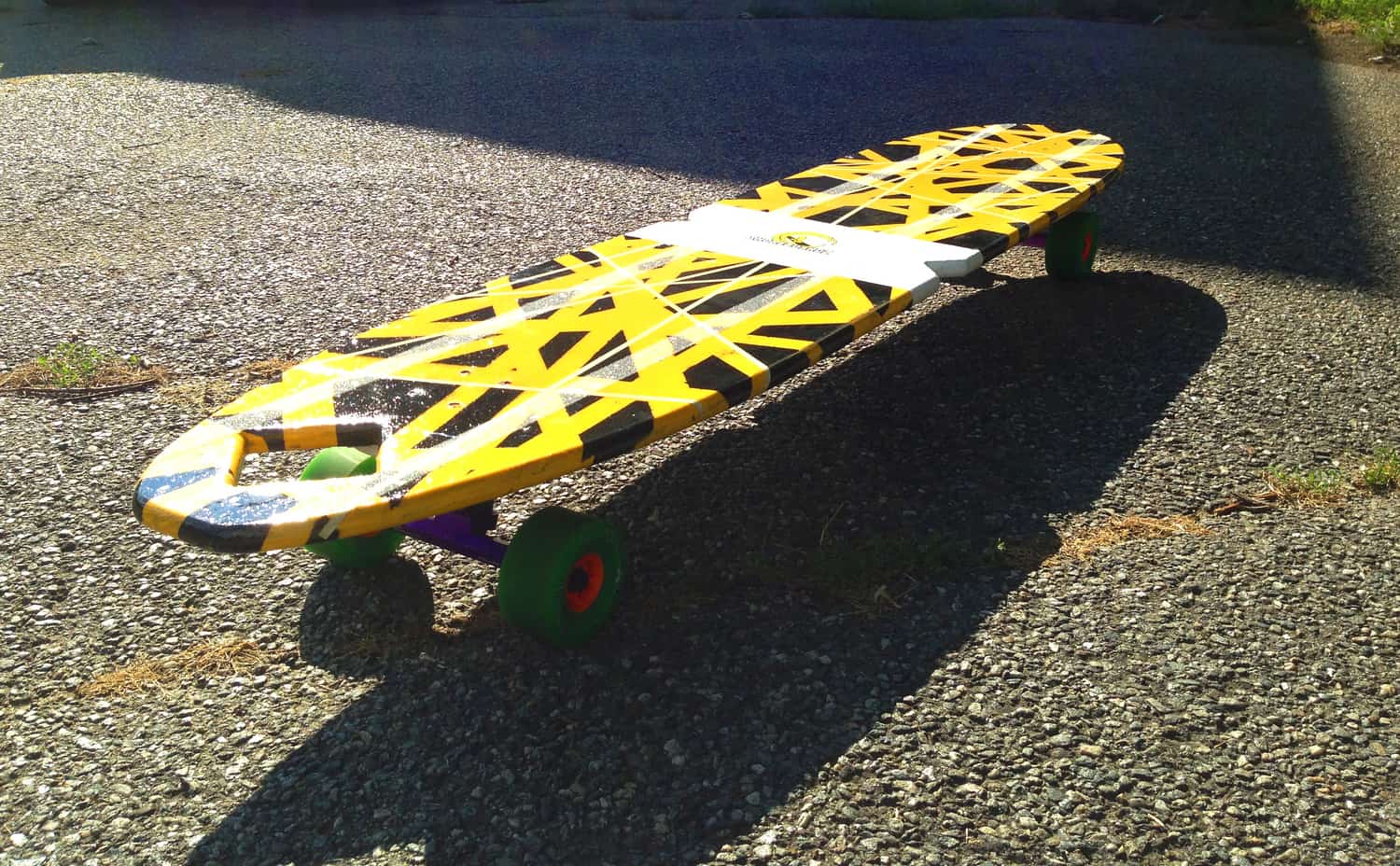 Tidal Roots Stand Up Paddleboards – Eliot, Maine
Kent Scovill and Kyle Schaefer were searching “for a better way to chase striped bass on the mud flats of coastal Maine” when they traded their kayaks for stand-up paddleboards. Then, “driven by the desire to build a different board, one with a unique personality and constructed from materials found in [our] backyard of coastal Maine, [we] founded Tidal Roots.” Average price range of in-stock boards $2250-2750. Home-build kits also available. 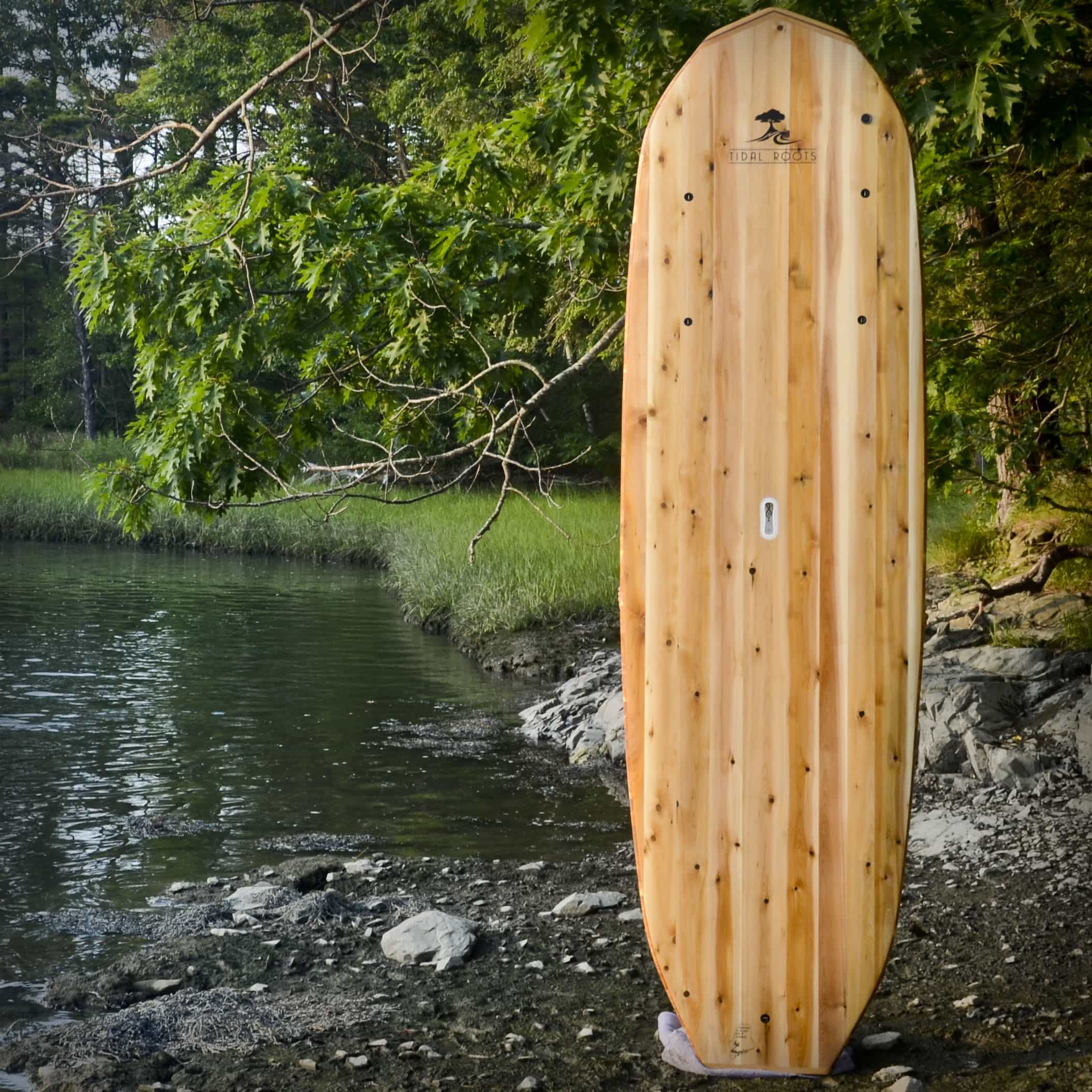 This article originally appeared in our February/March 2016 Print issue.

**Powe. Snowboards no longer makes their boards in the U.S.