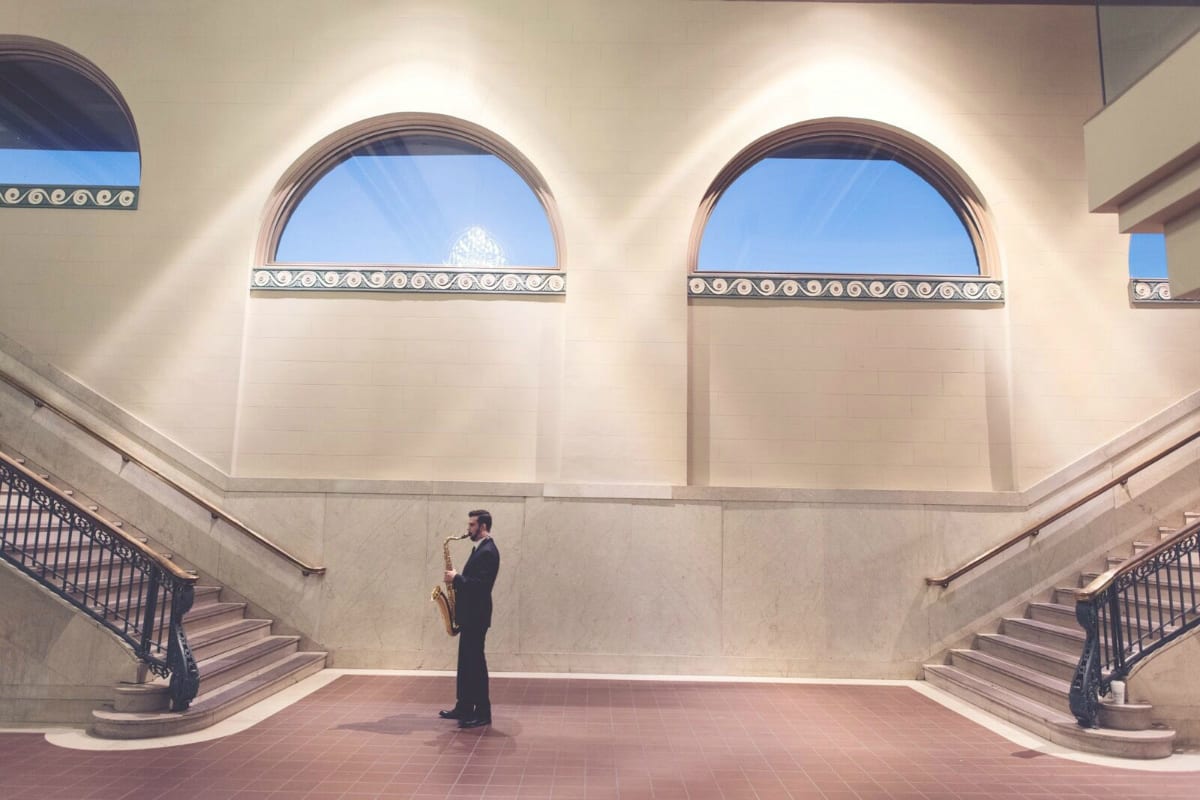 Connecticut saxophonist Mike Casey is an anomaly in the contemporary jazz world—he’s a musician who’s making it on his own terms.

Not surprisingly, Mike Casey was the only kid in his high school that listened to jazz. While all the other kids extolled the virtues of various pop starlets or idolized tragic rock gods, the Connecticut native was busy grooving to the likes of Sonny Rollins, Art Tatum, and John Coltrane. He was also mastering the saxophone, and today, at the young age of 24, is considered one of the genre’s most invigorating artists.

Two of the songs off his latest offering, The Sound of Surprise: Live at the Side Door, have been streamed more than 123,000 times on Spotify since the LP was released in February—a feat practically unheard of for a young, independent jazz musician. Casey has also been selected for a slot at the BRIC Jazz Fest in Brooklyn this fall, where he’ll shared the stage with Maceo Parker, Miles Mosley, Butcher Brown, and Sun Ra, among others.

“It is amazing to see,” Casey says of his mercurial rise in the jazz ranks. “It has taken a lot of work. I don’t have a manager, and I have no agent. It’s just me coordinating all this stuff, emailing people every day, and making it happen. It has been fulfilling to see it working so far.” 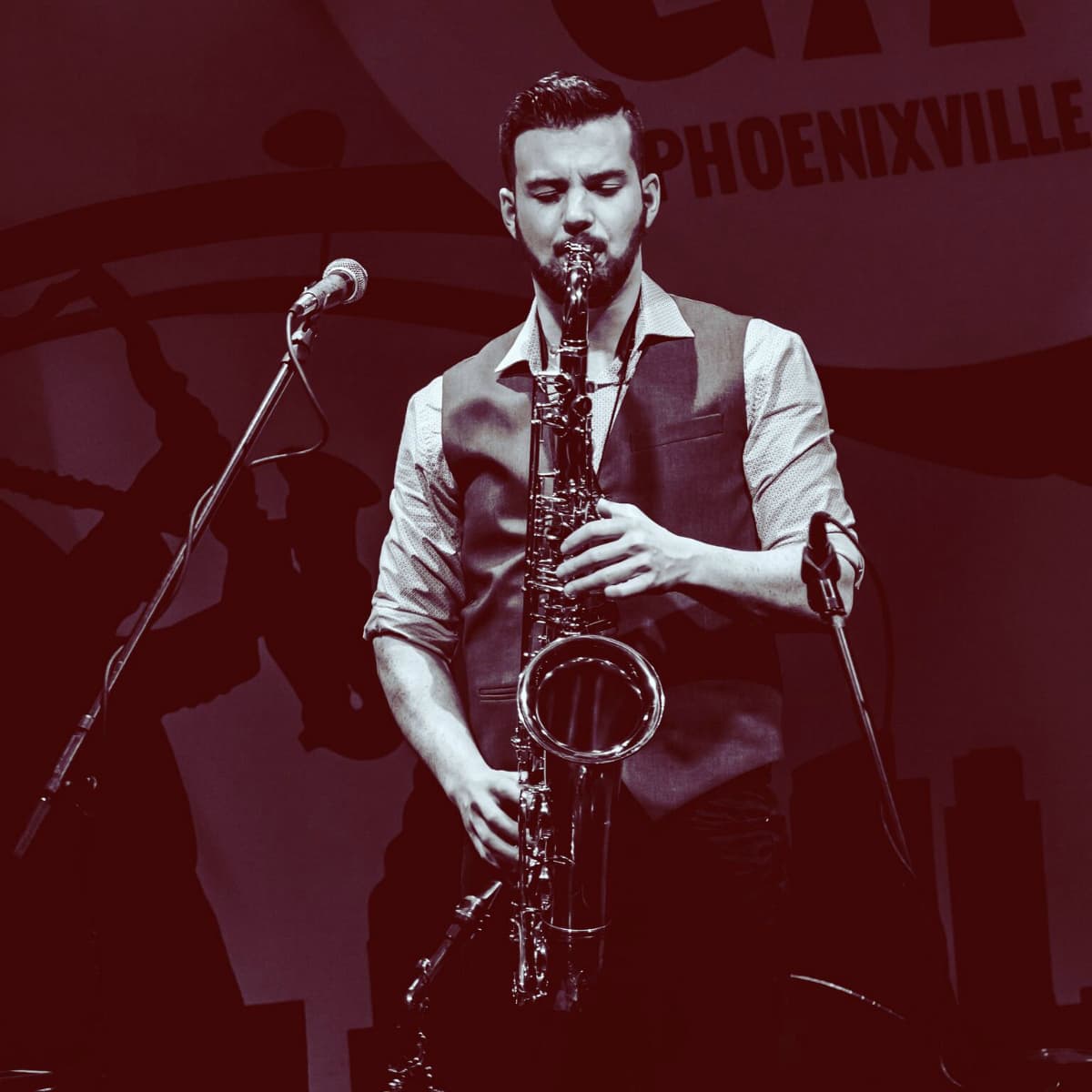 Casey owes his love of jazz to his parents, who encouraged him to pick up the saxophone when he was 9. As a teen, he split his time between classes at Edwin O. Smith High School in Storrs and his training at the Greater Hartford Academy of the Arts. “That place single-handedly changed my life,” Casey says. “It was my first time playing music with other people who wanted to be playing this music. Jazz is response based, it’s improvisational—you need to play with people better than you if you’re serious and want to fully develop.”

Casey has been gigging since high school and performed as a hired gun through much of his time at the renowned Jackie McLean Institute of Jazz at the Hartt School of Music, where he met the two members of his band: drummer Corey Garcia, who hails from New York, and bassist and Connecticut denizen Matt Dwonszyk. 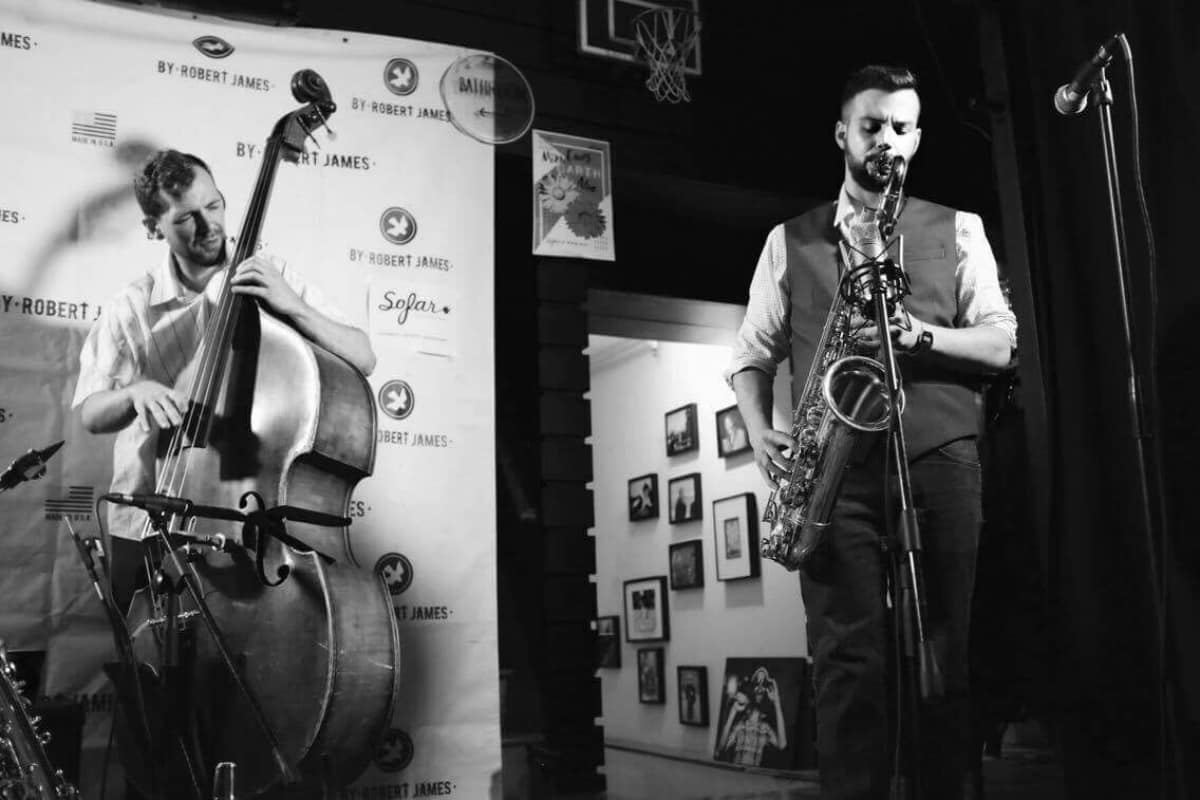 “Those guys can come together to create a distinct group sound and people can hear it and it affects them,” Casey says. That distinct sound is evident on the Mike Casey Trio’s latest single, an ambitious and wholly rewarding cover of The Beatles classic “Norwegian Wood.”

Growing up in Connecticut continues to affect Casey’s work today. “Environment, with any artist, is very key. There’s a song on my album called ‘Dagobah’ that is about Hartford and my journey and not choosing to go to school in a major city. The Connecticut jazz scene has more going on then people think it does, and you can experience a lot of different styles and see your heroes as they pass through the state, often for little or no money.”

Want to hear what Casey is listening to on his playlist? Check out our Take a Listen Spotify channel. You can hear what other musicians we’ve featured are listening to as well. Enjoy!