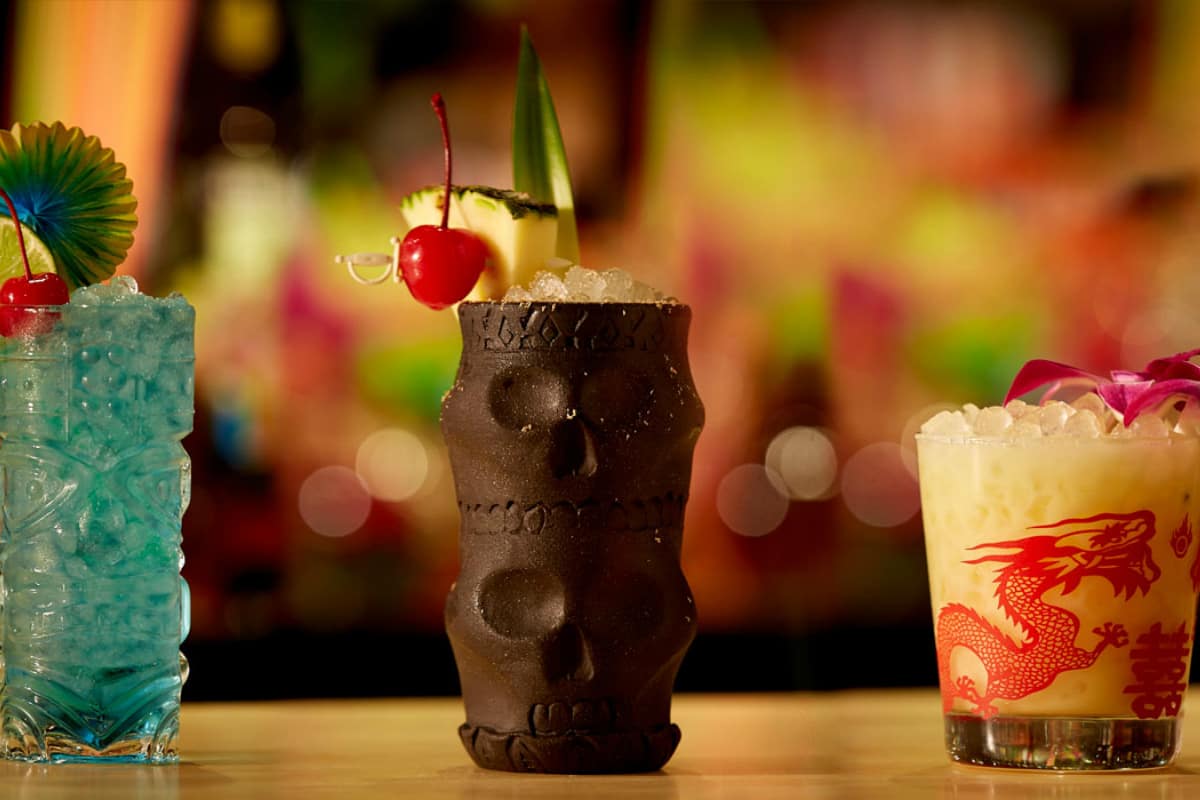 Totems, palm thatching, and, yes, mini umbrellas. It might not be apparent at first glance, but tiki bars are as American as the drive-in movie theater. Or perhaps more aptly, as American as the fortune cookie. Venture into any one of these establishments and you’ll likely find a similar spread of viciously strong (mostly rum-based) drinks surrounded by faux-Polynesian kitsch. Neither the decor nor the colorful concoctions truly belong to any particular location. In true American fashion, the tiki bar represents a blurry hodgepodge of not-quite South Pacific iconography and cuisine.

The phenomenon began with one man’s desire for something different. Ernest Raymond Beaumont Gantt traveled around the South Pacific and wanted to take some of it back with him. In 1934 Los Angeles, under the legally-assumed name Donn Beach, Gantt opened Don the Beachcomber: the world’s first tiki bar. In 1937, Vic Bergeron opened Trader Vic’s in Oakland. Both poured rum cocktails (although the history of the Mai Tai and the Zombie, two tiki staples, is disputed) and served “Polynesian” fare (which was really a riff on Cantonese) against a backdrop of tropical exotica. 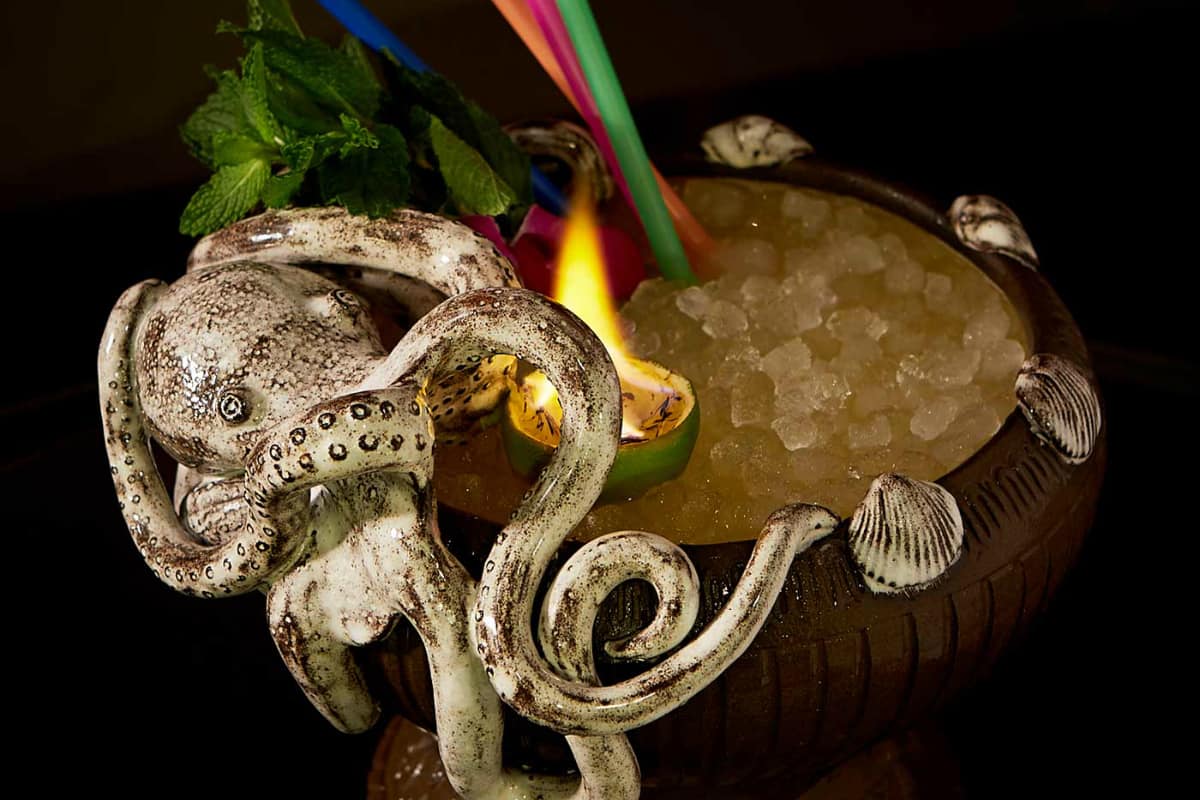 Tiki bars went mainstream in the wake of World War II, but changing tastes threw them into obscurity from the 1960s until around the 1990s, when the escapist fad experienced a revival. The thirst isn’t quite what it used to be, however. According to Boston-based tiki expert Brother Cleve, “A great many places have gone out of business in the last decade, including many that were around for decades. Owners realize the real estate is worth much more than the restaurant, and many locations are just torn down.”

Fortunately, tiki continues right here in New England. Whether it be the corners of a Chinese food restaurant’s drink menu, a weekly “tiki night,” or a full-on tiki bar, you can find echoes of this bizarre trend all around the region. Enjoy!

You can’t miss this gargantuan restaurant while driving on Route 1 in Saugus. With over 1,200 seats, and Cantonese, Szechuan, Thai, and Japanese cuisines alongside Mai Tai and Scorpion Bowls, Kowloon boasts an experience of sheer breadth.

Featuring Szechuan, Cantonese, and American cuisines; a drink menu with a limit of two-per-customer for its potent Zombies; and a 500-capacity showroom for live performances, the Hu Ke Lau must truly must be seen to be believed. If you’re looking for a quieter tiki offering in the Pioneer Valley, Tiki Tuesday drinks at The Green Room include Trader Vic’s original 1944 Mai Tai, Singapore Sling, and Pain Eraser.

Vermont’s tiki bar resurgence is nearly as potent as that of Massachusetts. From newer outdoor establishments to themed nights at pre-existing restaurants, the options listed here and more were recently reported in detail over at Seven Days.

The tiki option in Maine is short but sweet. Opened in February 2016, Rhum’s “distinctly Portland, Maine flavor of Tiki” includes spicy mango wings and Krabby Patties, with drinks like the Bermuda Triangle and Cancelled Honeymoon on top of standards.

Ho Kong follows the Chinese restaurant assimilation of tiki drinks, which began back when tiki caught on in earnest. Ogie’s serves American food, but you can find Mai Tai, Zombie, and other tiki cocktails Saturday and Sunday nights seasonally at a dedicated tiki bar, and can order them from the restaurant’s regular bar on any occasion.

All images courtesy of RhumPortland.com