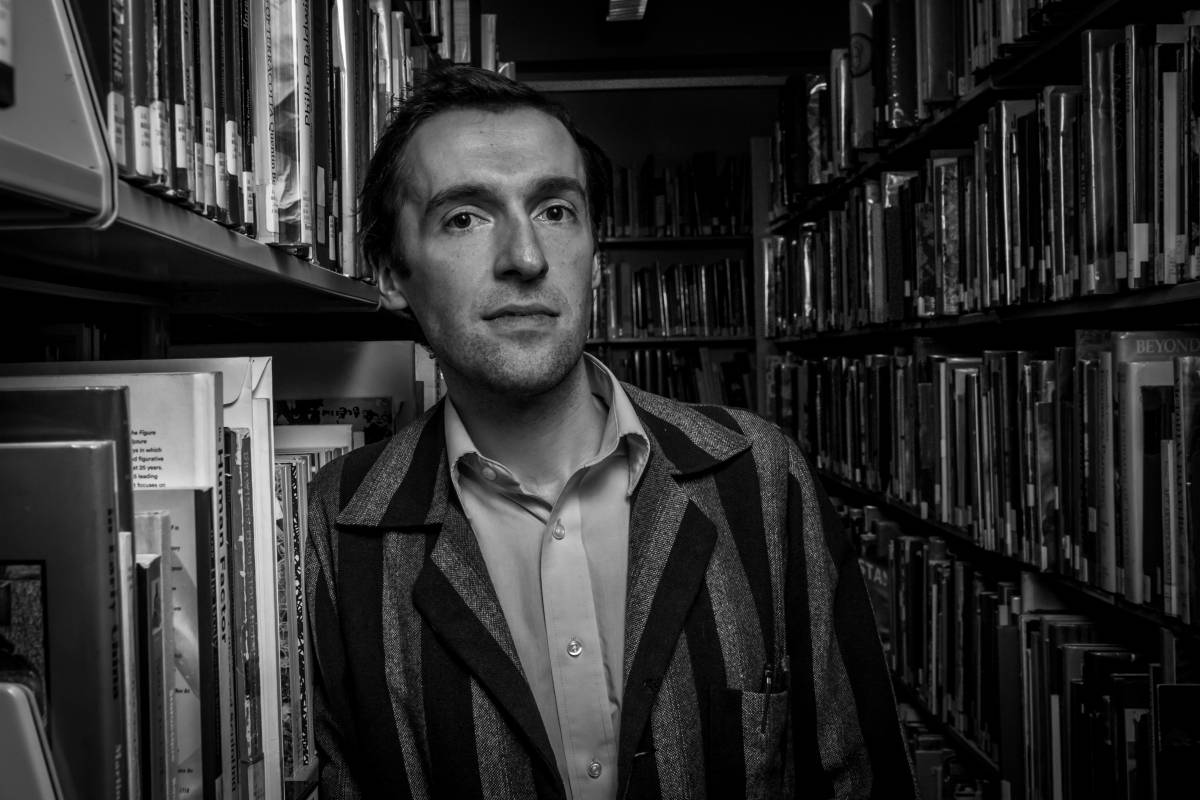 It’s been three years since composer James Falzone created the Providence Research Ensemble, but he still has trouble categorizing the group. They’re not classical, he says, because they don’t really play classical music. Experimental doesn’t quite sound right, either, although some of their performances certainly sound that way.

“I write systems-based music,” he says, before jovially launching into specifics about structure, mathematics, and how his compositions are adaptable depending on which players are in the room. “There’s actually something called Systems Music, but that’s really a British thing and we’re not that, either.” He settles on New Music, a term generally applied to the border-pushing fringes of contemporary classical composition.

As the name suggests, Providence Research Ensemble is largely a lab for Falzone to figure out his own work. “What’s wonderful about the group,” he says, “is that it’s friends of mine coming together in an informal, convivial way to perform music that might not otherwise be performed.” He loves the performance side of music, which isn’t the case for many composers.

“It’s so easy to sound overblown,” Falzone says, laughing. “There’s nothing I hate more than the image of the composer that comes from romantic music. I like some of the music, but that tortured genius image…”

In 2016, Falzone was awarded one of the RISD Museum’s inaugural fellowships, a paid honor that allowed him to research museum collections and also perform regularly in its grand European painting gallery. (One memorably odd performance featured cello, trombone, two basses, and Falzone on an electroacoustic instrument called the Cembaphon.)

Hardly tortured, Falzone has reason to be happy. He’s just been accepted into a graduate program. He hasn’t formally accepted yet, but it seems likely that a move might be coming soon. But while Falzone may leave Providence, he’ll remain involved in music around town. The grad program is close enough that he’ll still perform with both Providence Research Ensemble and Ordinary Affects, the Boston-based quartet in which he currently plays vibraphone and keyboards.

Soft-spoken and careful with his speech, Falzone becomes quite animated over any number of suspects, from pentatonic scales to the British art of change ringing, the collective ringing of church bells in a mathematical sequence.

Falzone has already composed eight pieces based around the tenets of change ringing, and his notebooks are full of braided grids of bell ringing patterns. (Here’s one for trivia night: about four hundred years ago, English bell ringers would tug on weighted ropes to practice their craft. The silent—or dumb—bell ringing allowed them to keep in shape for when it was time to climb the tower and ring the actual church bells. And that’s why dumbbells are called dumbbells.)

Infrequent Seams is an experimental music label—that’s their term—that will release the first album from Providence Research Ensemble this June. The album features eight players performing a number of Falzone’s compositions from the past three years. A short tour of the Northeast will follow this summer.