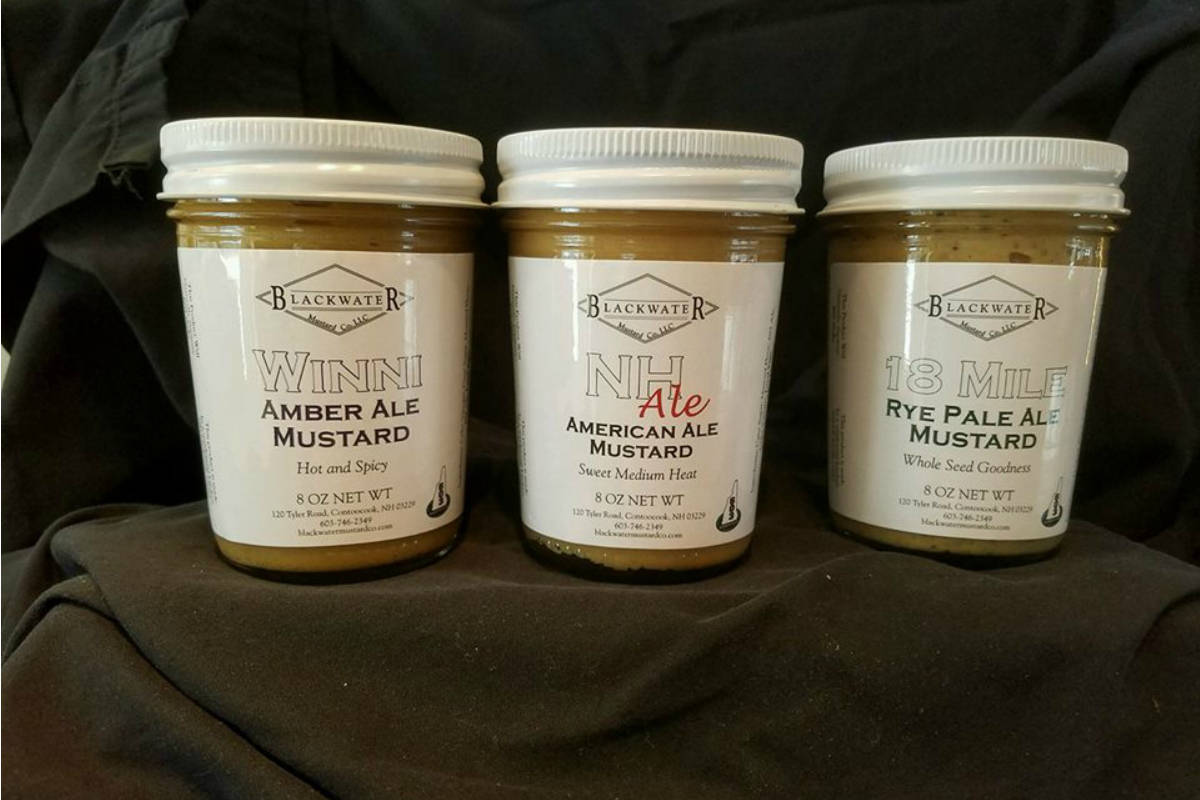 Contoocook’s Blackwater Mustard Co. is producing mustard varieties unlike anything you’ve ever tasted before.

Steven Cybulski got into marketing mustard as a hobby in 1996 and found an opportunity to pursue it further after a botched hip surgery. Twenty-one years later and Blackwater Mustard Co. is thriving, with specialty Blackwater mustards filling shelves in stores throughout New Hampshire. The mustard operation is a subsidiary of Blackwater Fine Swine, Cybulski’s former organic pork farm.

“The mustard was well received at farmers’ markets, and over time I have expanded the product line,” Cybulski says. The line now includes 10-plus varieties of mustard, including whole-seed, spicy, and sweet mustard flavors. Other award-winning Blackwater mustards include the Chocolate Stout Mustard, MUG-O-MUSTARD, and the Original Hot/Sweet mustard. The newest additions to the Blackwater Mustard Co. family include Amber Ale, American Ale, and Rye Pale Ale—all a collaboration with Londonderry’s 603 Brewery. “Our mustards are made by hand in small batches from our own recipes,” Cybulski says. “No mass production, or chemical preservatives.” 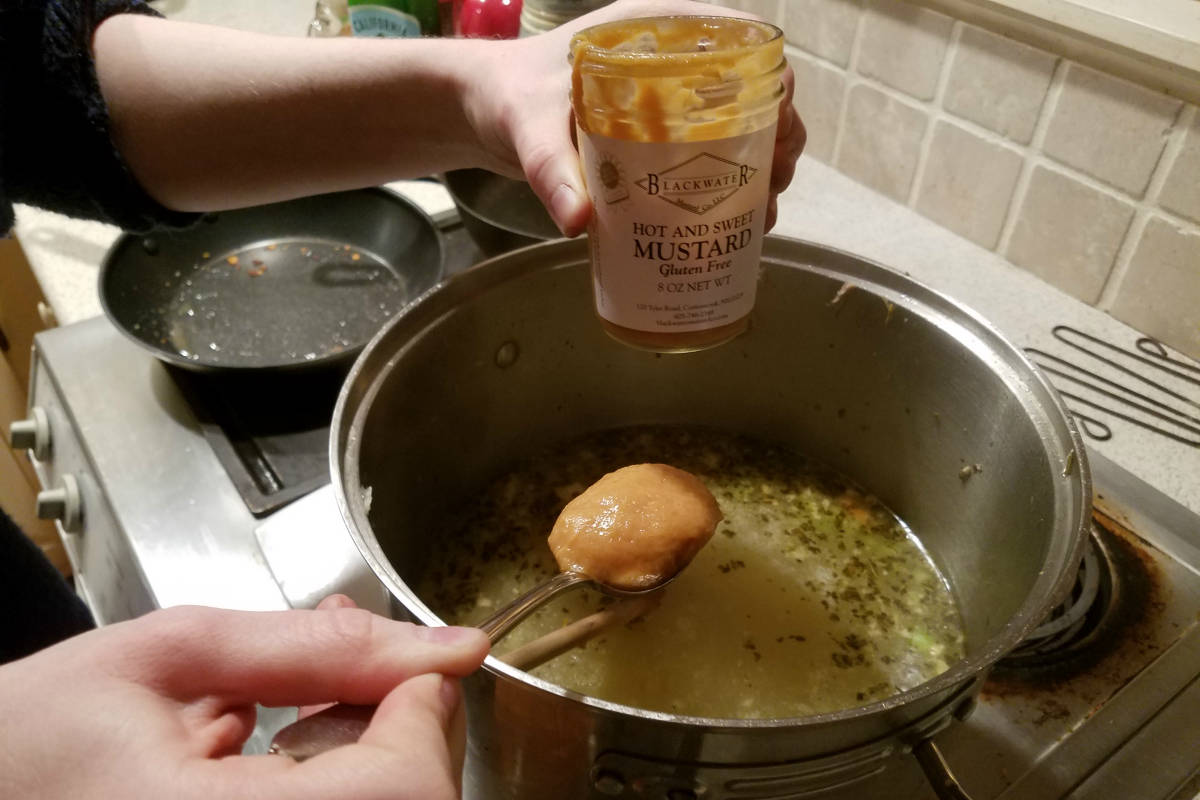 “Each mustard,” Cybulski says, “has characteristics that lends itself to specific applications.” Some of these applications include the recipes listed on Blackwater’s website, including baked cod, ham glaze, brown ale braised chicken, and lentil soup—all of which call for a different Blackwater mustard.

Cybulski’s company got its name from old town maps. On these, the area of Contoocook where Cybulski runs his mustard company, was referred to as the “Blackwater District,” due to the proximity to the Blackwater River. And so a name was born—although Cybulski feels the need to offer this additional explanation. “We have no affiliation with the mercenary goon squad that was prominent in the Middle East a while back,” he says.

Instead, Cybulski’s squad includes his life partner, Jill, and her two daughters. Together they keep the business running year-long, and ramp up from September until the new year. “We are a family business,” says Cybulski. “New England is a great place to be. Four seasons, access to magnificent natural resources, culture and history, and winters that are a cakewalk compared to Upper Michigan.”