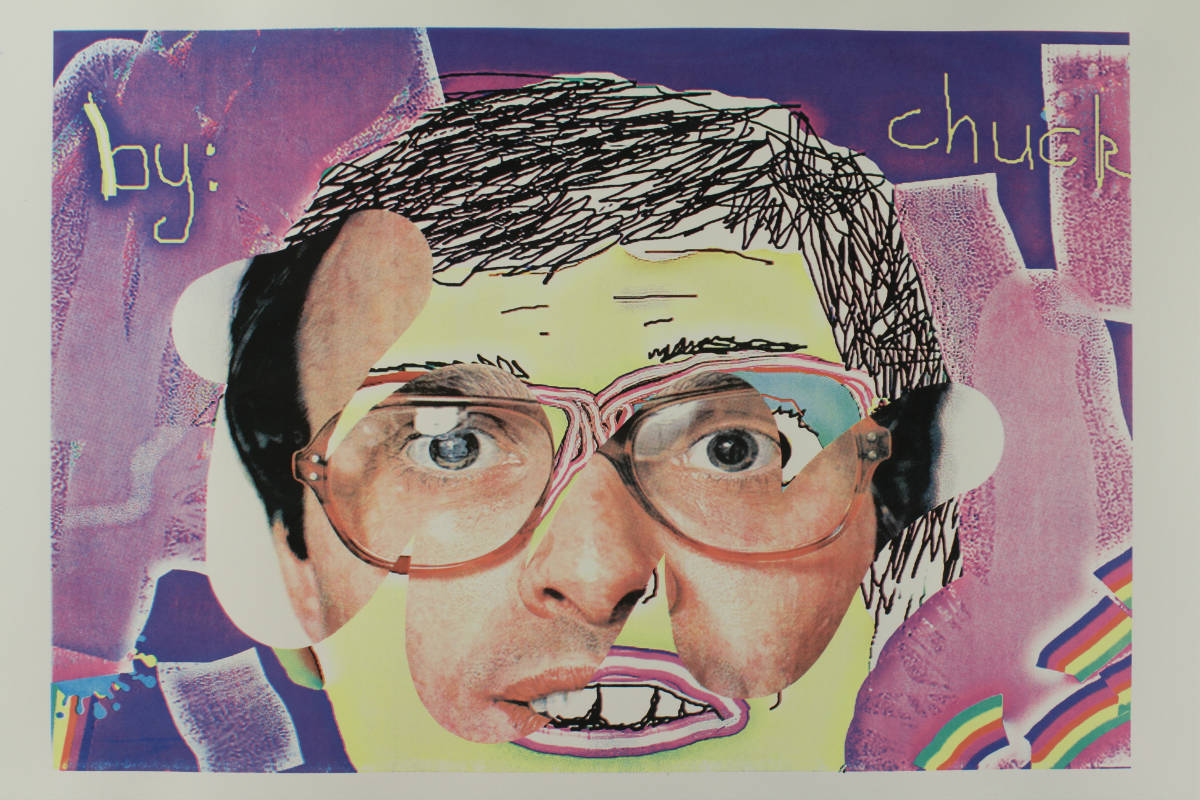 Kontny, 32, works in a number of interrelated styles and techniques. He paints. He makes silk screens. He draws. He uses visual editing software and then replicates his creations in other media. Sometimes he uses Kid Pix, the vintage-ish bitmap drawing program for children to generate nostalgic Web 1.0 images. “I like using those tools and in some cases recreating those effects by the human hand, or by my own hand,” he says.

Kontny might riff on a recognizable painting by Picasso or Andy Warhol, taking a selfie in front of a famous canvas, then manipulating the image digitally and then making a painted or silk-screened version of the end result. There are layers and layers of meta. It’s a giddy self-referential hall of mirrors. Kontny, who works full-time as a bartender, also has a sideline working for restaurants and bars making elaborate murals, semi-permanent lists, menus, specials boards and other dense, text-heavy projects. As with his silk screens and paintings, Kontny’s restaurant work sometimes makes playful quotes of art history, with one mural suggesting the coiled graffiti-ish figures of Keith Haring and the playful cartoon zing of Kenny Scharf. 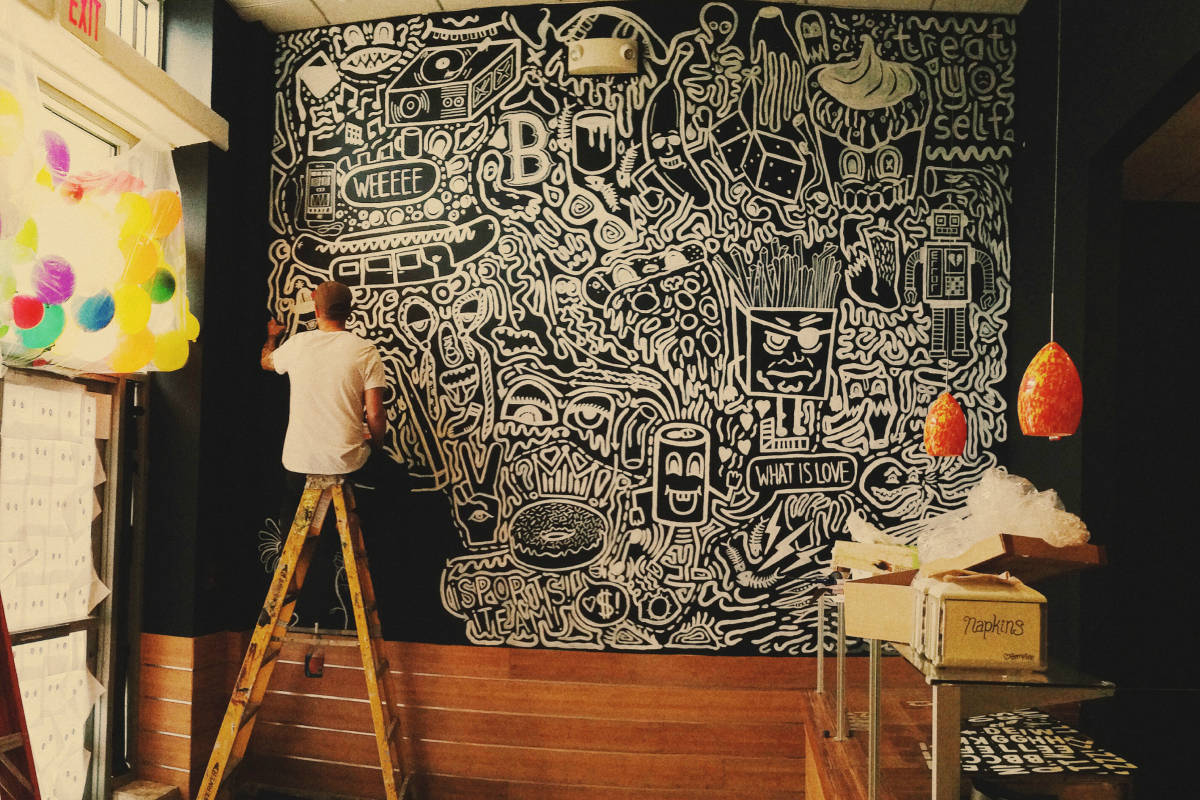 You can think of Kontny’s work as a visual version of mash-up culture in music. If a dance DJ might sample snippets of older hits, jamming together two bits from different eras, abruptly dropping out sections, making space with silences, muddying up the texture, Kontny does the same thing. He might appropriate an image from Lichtenstein, say, (already an appropriation of comic book art) and quote it in the context of 21st century digital technologies, referencing the tools he uses (the grids, the palette icons, tabs) within the piece itself. All the component parts are in conversation with each other.

Erasures and deletions are part of the look and feel of these pieces. Look at “Me and Laocoon and Chuck,” a 2015 CMYK silkscreen. It appears to be a picture of someone in front of a Chuck Close portrait, with those signature tangles of color that the eye and brain assemble into a facial close-up, as if broken down to its coloristic molecular structure. But in Kontny’s piece the figure and the portrait behind it are uncovered and erased to reveal an ancient Greek bust of the blind fortune teller Laocoon, sort of like a bass note underneath the whole thing.

The erasures bring the work of Alberto Giacometti to my mind. Giacometti may be more known for his carved-away spindly sculptures of figures, but in his sketch books he routinely made extreme use of his eraser, rubbing away lines and sections from his vigorous pencil markings. Kontny establishes a kind of lineage of portraiture and labor: the work required to create an ancient bust from a block of marble is contrasted with the work of painting a portrait on a canvas, which is in turn contrasted with snapping an image on a cell phone. All of it can be digitally replicated, deleted, or manipulated with a click. The entire set of images is framed within another set of images: the smartphone screenshot, with its icons for battery power, wireless bars, timestamps, signal strength, GPS and bluetooth, all serving as a hieroglyphic of digital decorative banding. “I like taking the idea of portraiture and using what’s available at the current time,” Kontny says. 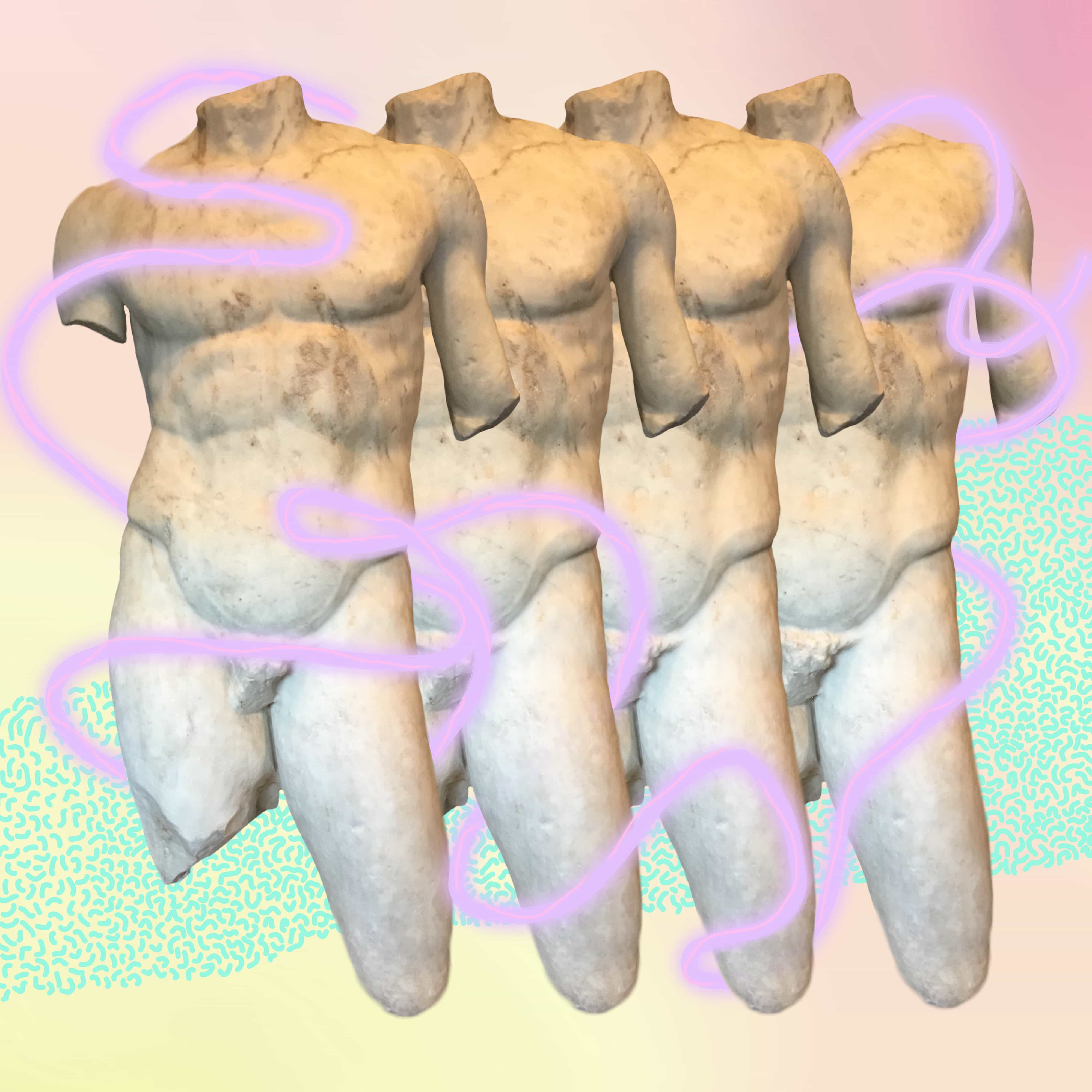 As with Kontny’s non-permanent work in restaurants and bars, his digital-centric art confronts the nature of sustaining and archiving images over time, how some things are wiped away and some preserved.

Kontny likes the idea of “layering and comparing” the different modes of portraiture, “contrasting the amount of work that went into ancient marble sculptures—and now it’s so easy to create a portrait of something so meaningless and passe, of yourself just doing whatever.”

Technology and media saturation, web-enabled distraction, the virtual world subsuming the physical world, and ambient narcissism can all be easy targets, but Kontny isn’t necessarily wringing his hands about the state of the world and how we relate to pixels and our digital devices.

“I’m more embracing it than critiquing,” he says.