Peter Katis got his start doing karaoke. Well, not really. Katis is a world-class record producer, engineer, mixer and part owner of Tarquin Studios in Bridgeport, Connecticut. One of Katis’s first gigs was working in a studio in New York City that did high-end karaoke instrumental tracks. It was a crash course in quickly replicating the sounds, textures, and effects of hit recordings. Katis already had loads of experience as a musician (he’s in a band called The Philistines Jr.) and as a recording engineer, but the karaoke job gave Katis some of the skills required to work fast, under the sometimes heavy pressure of deadlines and pay-by-the-hour logistics. He worked with some world-class musicians—like Larry Campbell, who went on to be a member of Bob Dylan’s band for years.

Aside from that stint churning out karaoke tracks, Katis came by his talent in the recording studio by being the person in his bands who was good at setting songs to tape, tinkering with microphones, adjusting levels, tweaking the compression and effects, getting a good take, knowing when that extra time through the chorus needed to be weeded out, etc. Not everyone—even the most talented musicians—has a set of ears that can do all that. “My favorite part of being a musician was producing a record,” says Katis.

Since then, Katis and Tarquin have helped give the world some verifiably great music by artists such as The National, Interpol, Jonsi, Kurt Vile, Trey Anastasio, Guster, Dispatch, Mates of State, and many more.

Tarquin Studios is a perfectly Connecticut answer to the challenge of recording in the digital age. Katis had started assembling a studio in his parents’ basement in the early ’90s, but he soon realized that he needed a devoted space. So he bought the 7,000-square-foot three-story Victorian in 1998, slowly transforming it into a destination for indie rock bands—and others—looking to carve out a distinctive sound. The Bridgeport location gives artists easy access to New York City (about 65 miles away), but also just enough of a buffer from the lures of the big city to allow for the intense focus required in a recording session, without the immediate distractions of Manhattan or Brooklyn outside the door. 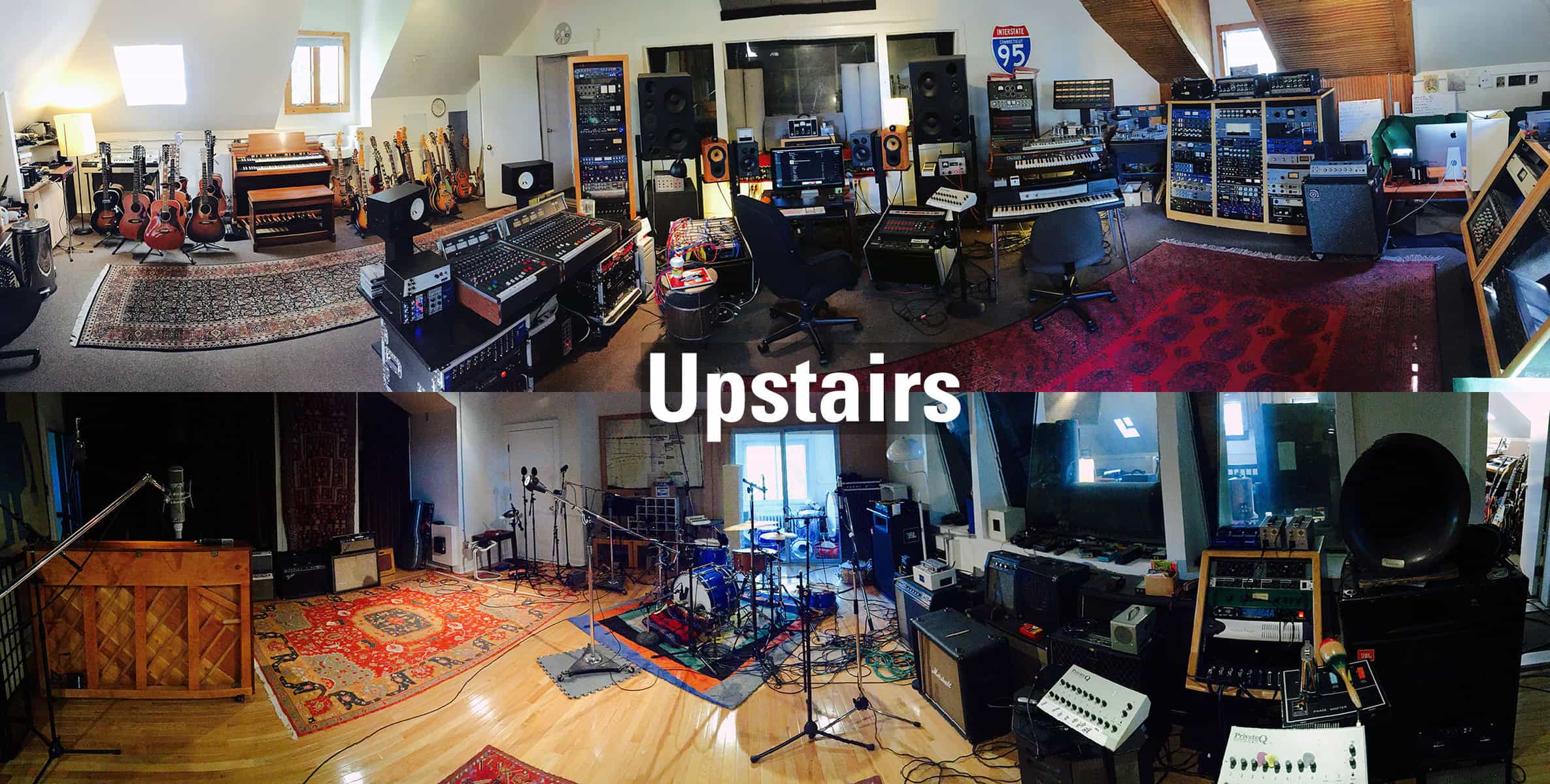 But what makes Tarquin a destination spot for artists is that it’s a fully outfitted studio that’s also fully outfitted as a place to stay, to sleep and cook and hang out. Think of it as a little like a big B&B for rock stars. “I had that idea kind of early on,” says Katis. “Now it’s sort of much more common.”

Artists can move in for a few days, or a week, or a month, and with all of the instruments and recording gear around (there are essentially two studios on the premises, and a third one for sketching out idea), if an idea strikes at 2 in the morning, the creative flow can keep flowing. (Katis, who is married and has a child, however, tries to work regular hours, from noon to 8 p.m., so he wouldn’t be the one documenting those crack-of-dawn flashes of inspiration.)

Musicians don’t just want a room to kick around and document ideas in, they want some cool gear to mess with. At Tarquin there’s a ton of sick noise-making gadgetry on hand, including, just randomly: a Hammond B-3 organ, Fender Rhodes electric piano, Farfisas, an upright piano, a Gibson Les Paul, a Fender Telecaster, a Rickenbacker, Sunn cabinets, Marshall stacks, Ampeg bass amps, a theremin, Moog synths, and all kinds of other things, such as accordions, glockenspiels, and more. Plus mics, effects, pre-amps, compressors, analog tape decks and mixing boards, and lists of serious tech-head stuff that would make your head spin. (Don’t forget the Leslie cabinet that actually does spin.) Artistic frustrations can be worked off on vintage video games and pinball machines.

Katis and his family used to live in one half of the house, but a few years ago he and his wife and child moved to neighboring Fairfield, so now Tarquin is a full-on palace of sonic perfection. The move away, separating his home from his workplace, has added a degree of sanity to Katis’s life, instituting more non-rock-star hours and requiring some needed distance from any given recording project. “I am a workaholic,” he says.

If you’ve never been to a recording session, it’s easy to imagine it as exciting. But few things are more excruciatingly boring to the layperson. Listening to a song, or snippets of a song, or the particular isolated clang of a crash cymbal over, and over, and over, is a sure way of deromanticizing the process of recording music. This is one reason that Katis likes to split his creative time at Tarquin between recording tracks there and mixing tracks that artists have recorded elsewhere. “Although I love doing music,” he says, “making it is misery; finishing it is nice.” 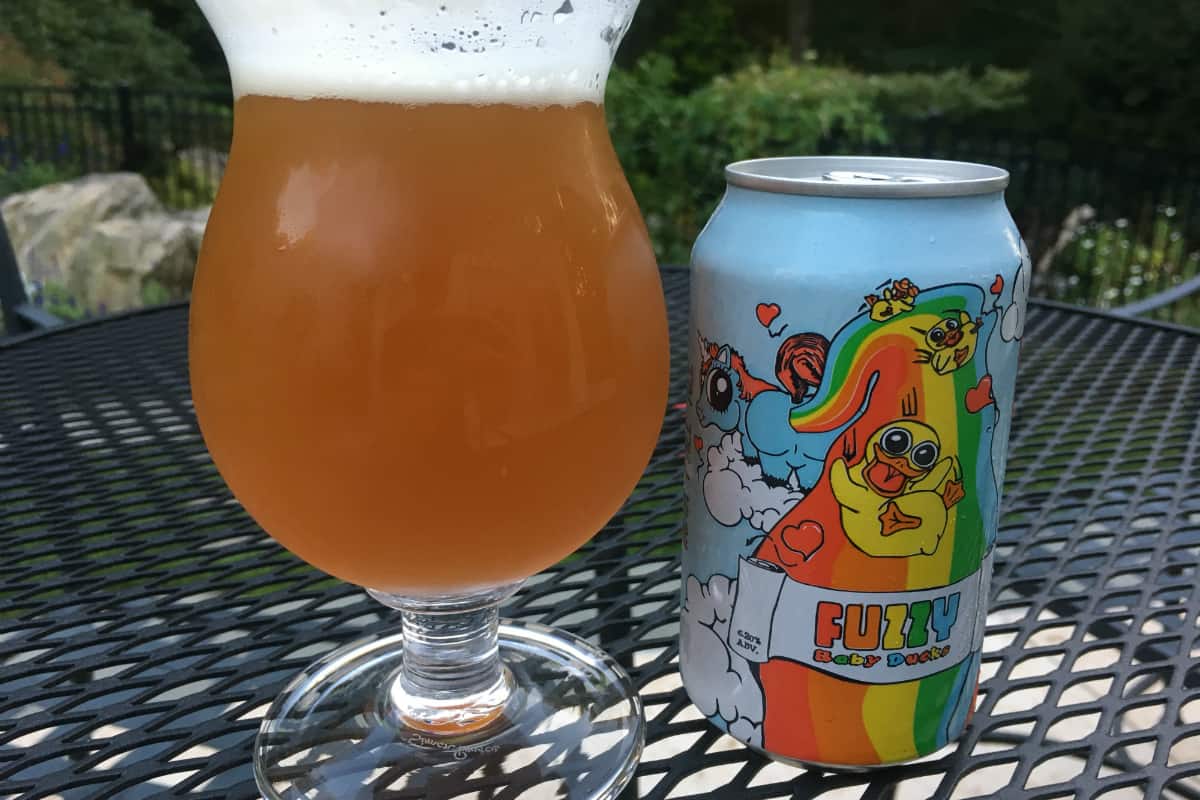 Fuzzy Baby Ducky You’re the One