Contemporary artist and abstract projectionist painter are not often terms one associates with a 14- year-old, but prodigy artist Qua is painting against the grain. Beginning in June 2017, Qua began a 17-evening live painting performance in New Haven, Connecticut, that began during the International Festival of Arts & Ideas and stretches into September. Qua has been inhabiting a 500-square-foot storefront of a downtown commercial space and filling the walls with a single abstract expressionist composition.

His performance, like his name, is unique: it includes collaborations with local artists and live music, and is centered around his high speed painting style fused with “local narratives and surreal imagery.” “I am a self-taught painter,” Qua writes via email. His name, while originally an accidental misspelling of the word “prequel,” now seems more prescient, he says, referencing the use of the word in the Latin phrase art qua art, or that art can be judged by aesthetics only.

Originally drawn to realism, Qua began experimenting with large abstraction when he began working in an artist studio by the Mill River almost two years ago. The large walls of the studio entranced Qua as he was able to paint compositions that “dwarfed me in size” and required more physical exertion. “Painting on a large scale requires the use of my full body, a more physical process including intensive arm movements and the use of my body as medium to house paint supplies and tools.” 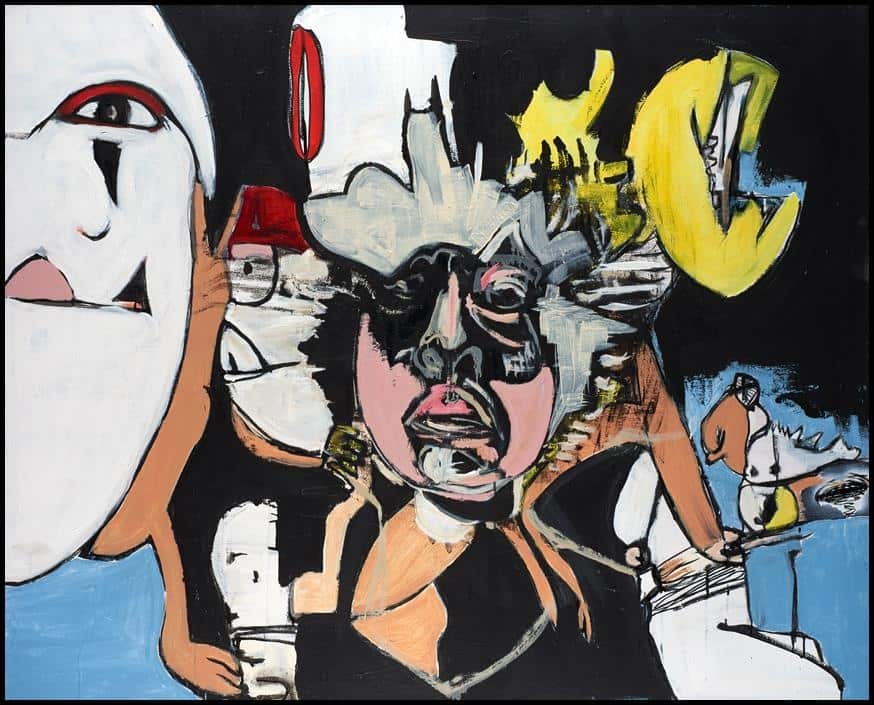 While Qua does not consider himself a “professional artist”—yet—the breadth and intensity of his work demonstrates raw skill. Moving between sharp details and abstract movement of color and cascading images, Qua’s work is dreamlike and poignant, capturing the emotion of his paintings as well as the viewer. He also brings a unique force of performance to his painting process. 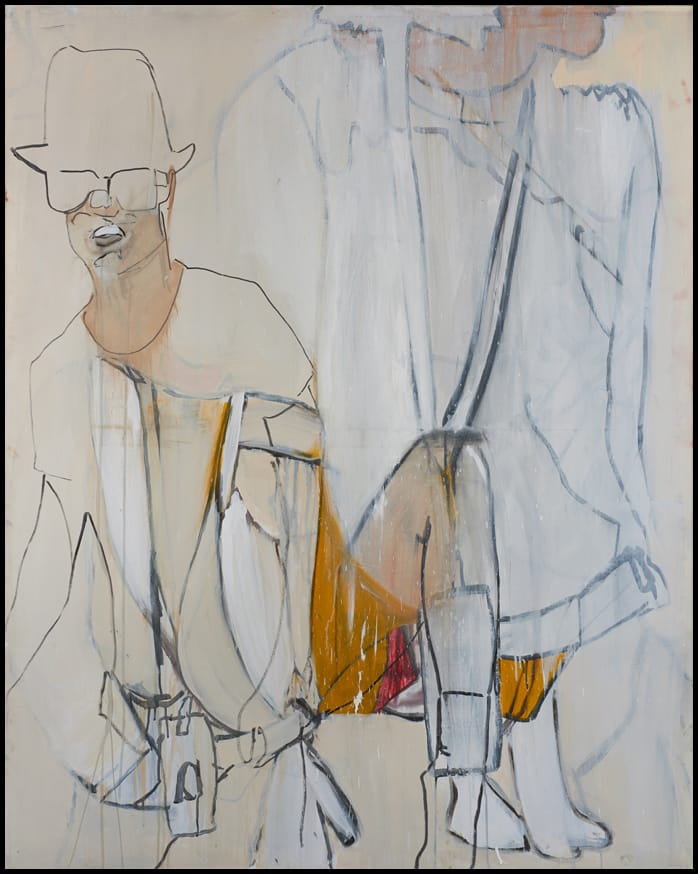 Originally a “private performance,” Qua began to invite viewers into the grandiose exercise of his painting technique. Adorned in costume and immersed in choreography, Qua paints to music, and uses light and video projection—and sometimes darkness—to “create a private space for me to be with my shadow self.”

Due to the generous sponsorship of a commercial realtor in downtown New Haven, Qua has been making live performance paintings at 817 Chapel Street since early June. He performs there at sundown 4-5 nights a week on the second floor and then displays his work during the day. The show is scheduled to end September 15th.

All images courtesy of Qua