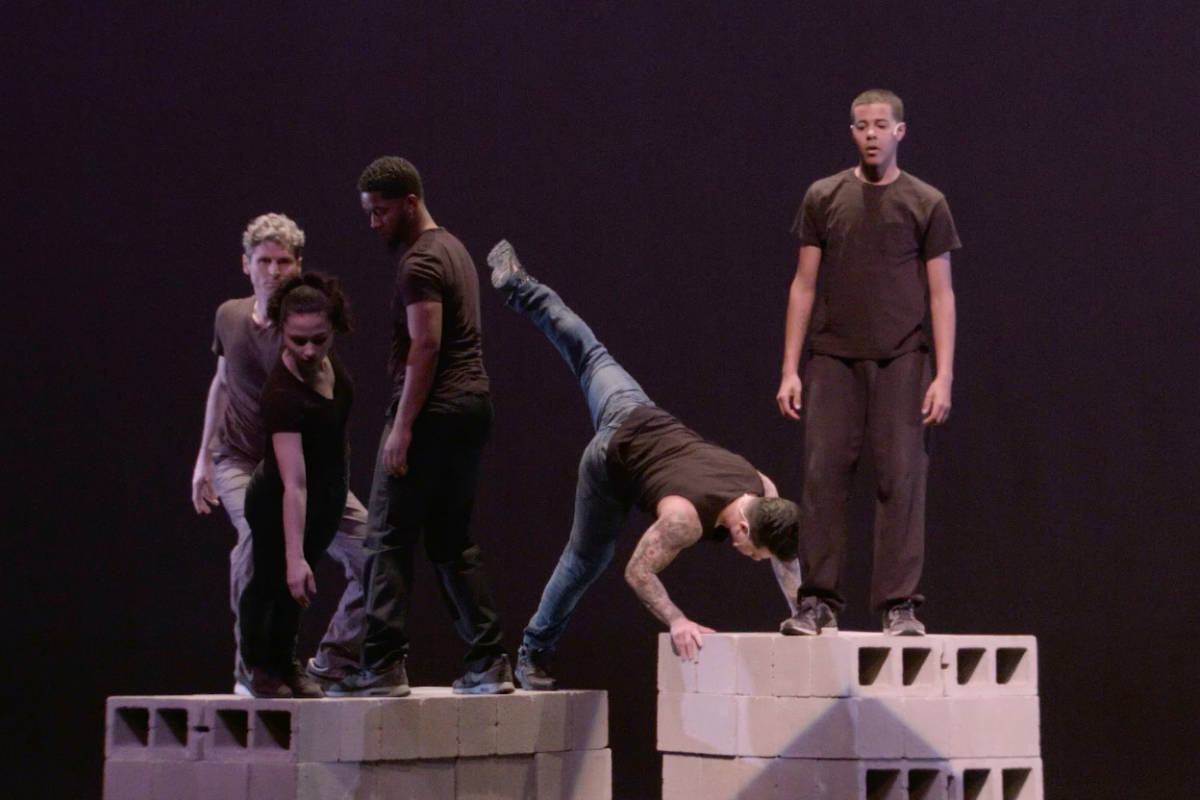 America proclaims itself the land of the free, but imprisons more people than every other country in the world. That profound hypocrisy unfolds in Freedom Project, a multimedia physical theater work from Providence, Rhode Island-based Everett Company. The show brings together personal stories culled from research and interviews, athletic choreography, and evocative imagery in an intimate examination of the crisis of mass incarceration in the United States.

Freedom Project represents a natural progression for Everett, which provides free after-school theater and dance programs for low income youth in Providence and often responds to social issues in its work. “We were seeing firsthand the effects of mass incarceration on communities of color and low income communities locally,” says Aaron Jungels, co-executive/artistic director. “So many of our students had family members who were incarcerated, so many former students had been incarcerated, even former company members had ended up incarcerated.”

Jungels says Everett aims to “bring many perspectives together” while “centering [the work] in the community that is most impacted” by mass incarceration. At the outset of the project, the company asked itself, “How can performance most effectively contribute to a movement to end mass incarceration?” As a company Everett members improvise in the creative process, videotaping everything and returning to what resonates emotionally. Composition then involves pulling pieces together that speak to each other. “It’s a little bit like creating a puzzle without having the outlines,” Jungels says. “The outlines are forming as you’re building it.” 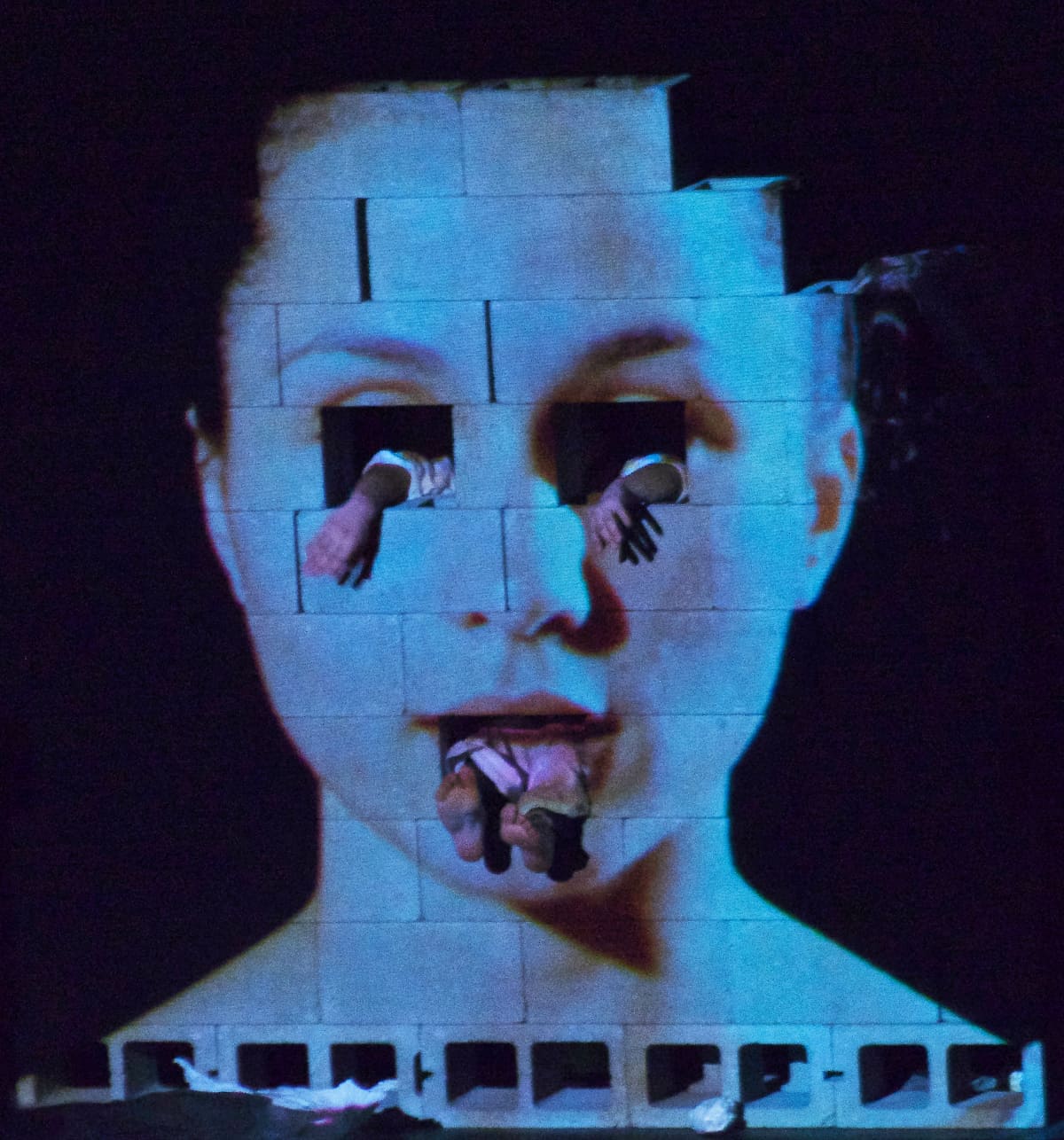 Freedom Project features projections of interview subjects among its varied media, providing a chance for unfiltered testimonials from formerly incarcerated individuals that can be juxtaposed to reinforce or enhance their resonance. “Things like that are powerful when you hear it from the voice of the person themselves, not translated through an actor,” Jungels says.

Jungels hopes that audiences leave both outraged at a system unnecessarily brutalizing so many people and energized to make an impact rather than be complacent. “This is going to be the first time we perform [the piece] since the election,” he says. “Our previous run of it was last summer.” He explains how the subject matter “has been resonating differently” in the face of the most overtly white supremacist administration in the last several years. “It was there, but it was harder to convince people that it was there. There wasn’t really an acceptance that a lot of the power structures in this country are racist basically.” 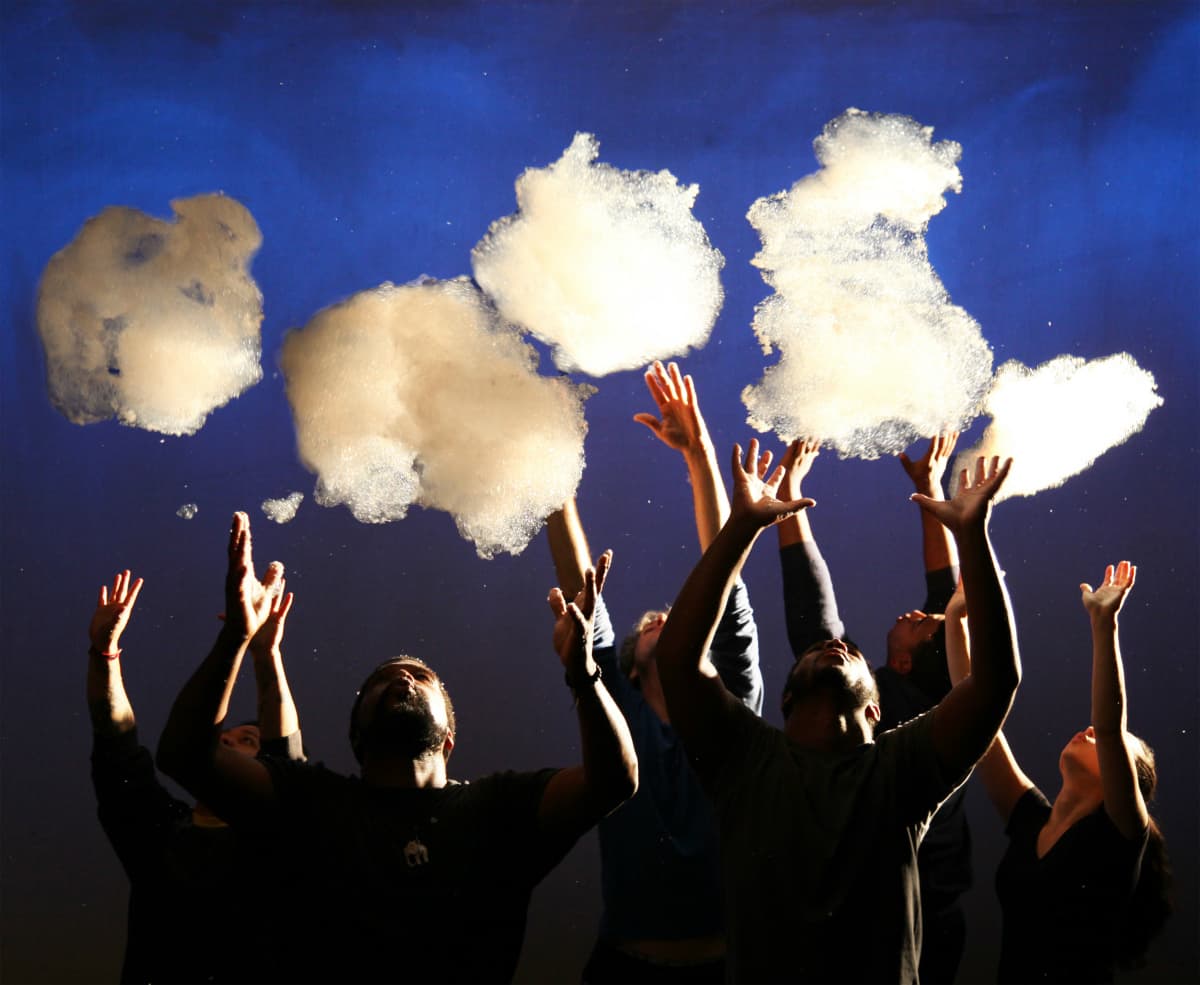 This summer Everett took Freedom Project to The Yard on Martha’s Vineyard, Trinity Rep in Providence, and Kō Festival in Amherst, Massachusetts. “When we went to Trinity, we were reaching an audience that doesn’t probably normally see this kind of theater, and may be challenged by the political perspectives in it,” Jungels says. “That’s what I really feel is where we can have the most impact.”

Performing around New England, considered an ostensibly progressive area, has been important for breaking down some stereotypes about mass incarceration, an issue that has steadily worsened around the country in the last four decades. “People always tend to think of this as an urban issue,” Jungels says. “But it turns out it impacts rural communities strongly, too. Obviously the statistics are worse when you look at the South, but New England is not without its issues. We here in Rhode Island have a voter ID law, and we’re supposed to be one of the bluest states in the country. And yet no one even thought to challenge it or thought to connect it to these other issues.” 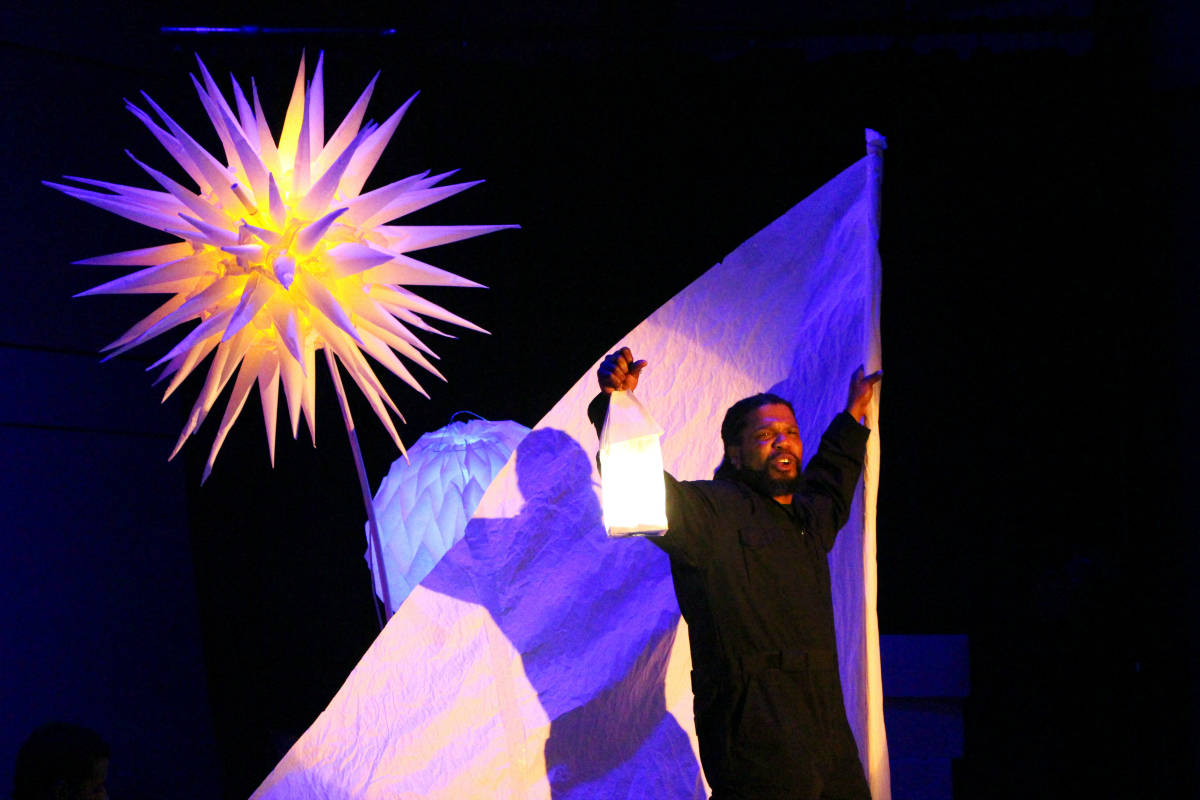