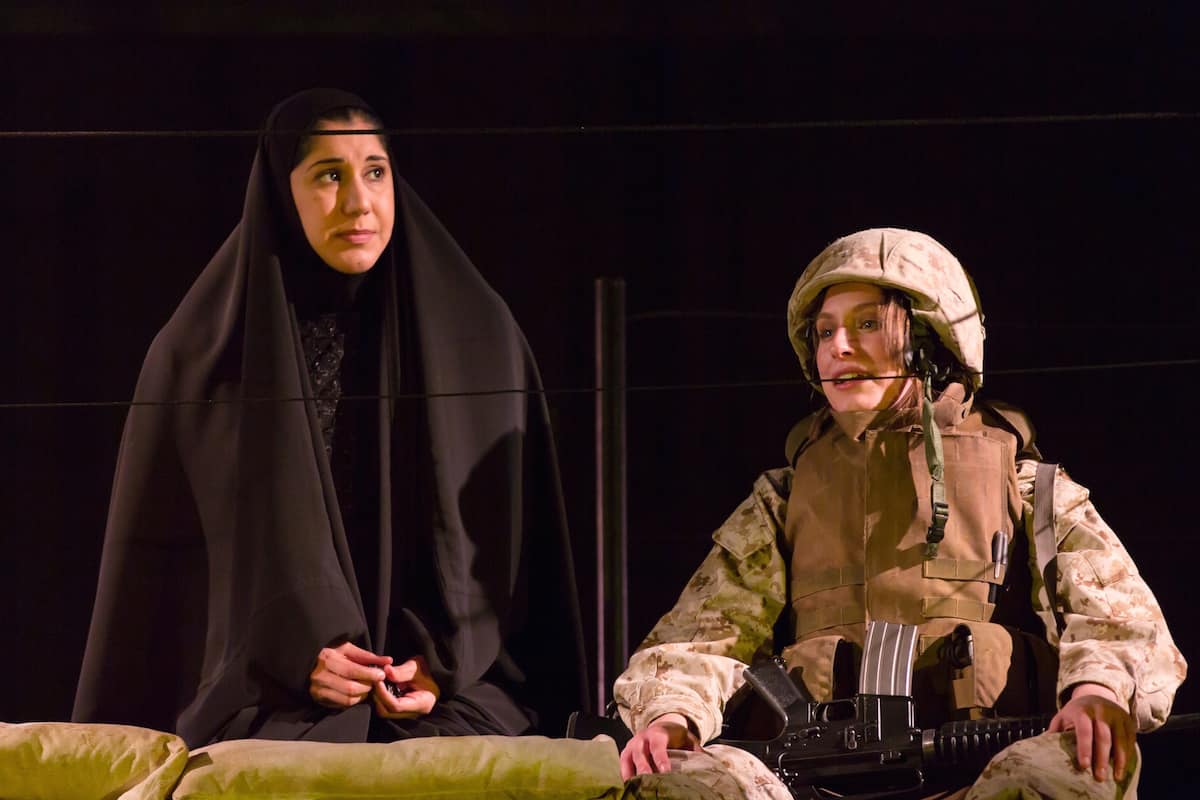 Western New England has enjoyed a wealth of theatrical world premieres, both plays and musicals this year. All of the shows featured top-notch performances, staging, and production values. Some of them were propelled by stars. Some won’t seem to have future lives. Some of the plays, like Hartford Stage’s The Body of An American and Barrington Stage’s American Son, are so intense, vital and fascinating, that I’ve thought about them in depth long since their performance runs ended.

Hartford Stage’s season opener, Queens For A Year joins the list for its provocative subject matter, exceptional writing, polished performances, staging and production values, and subject matter that will keep you thinking about the drama long after the curtain falls.

T.D. Mitchell has written about a group of women, all Marines, some currently in service and some veterans. As Mitchell’s play unfolds in a Virginia farmhouse in 2007, with tours of duty in Iraq and Camp Lejeune, we learn the stories of why the women joined the Marines–some because of family tradition, the desire to see the world, the desire to get an education, and how they were treated by a heterosexual male institution in transition, hesitant to give women in the military equal rights, and unequipped to treat women soldiers’ post-traumatic stress disorders, their sexual objectification, harassment, and rape. Mitchell explores some really difficult themes, although she’s written some great characters, and snippets of military life and occasional bits of humor to balance the material. 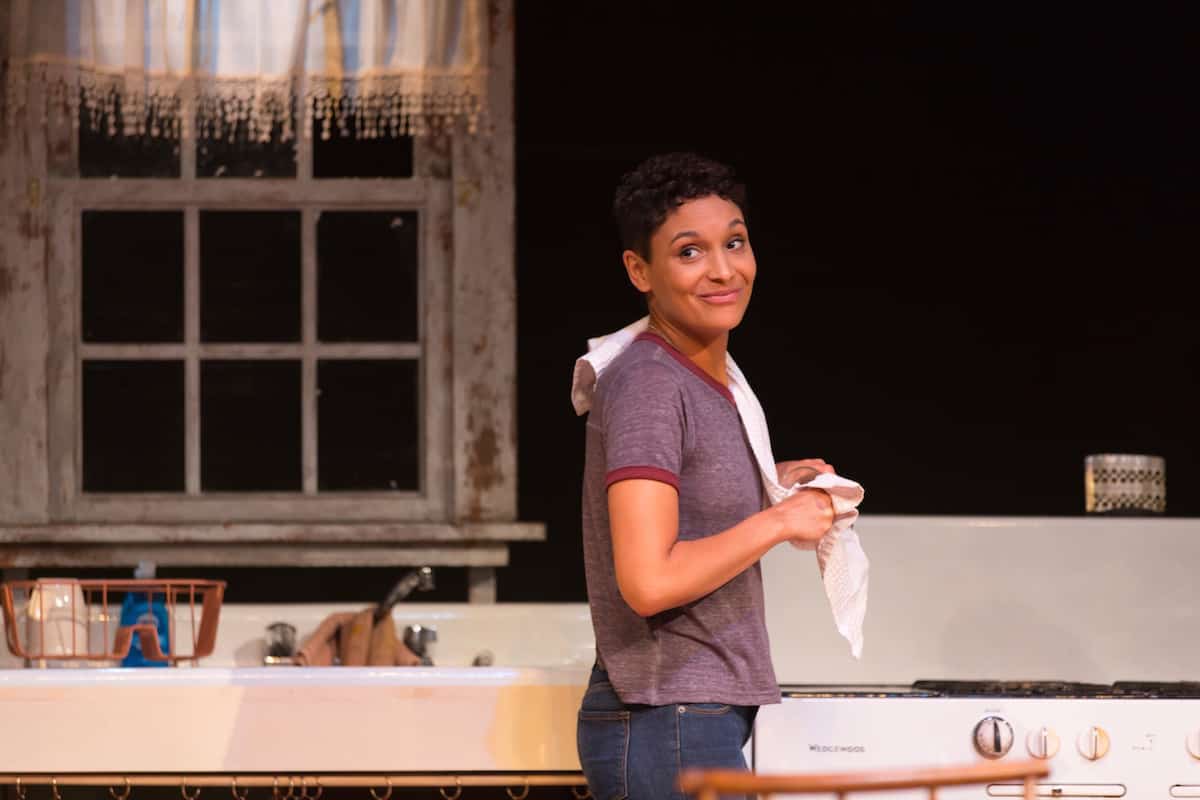 Most of the creative team involved with this production are making their Hartford Stage debuts. Lucie Tiberghien’s direction is taut, and working with an exceptionally well-designed set by Daniel Conway and lighting design by Robert Perry, she’s able to give the play an almost cinematic pacing. Victoria Deiorio’s sound design and Beth Goldenberg’s costume design are spot on. The production elements pull together explosively during Queens for A Year’s cataclysmic finale.

The cast of eight offer a great ensemble performance. Vanessa R. Butler, who will be familiar to Hartford audiences for her performances with HartBeat Ensemble and Capital Classics, was a stand-out for me in a challenging role of being an officer trying to uphold the Marine code of ethics, while feeling real compassion for a woman in her command. Sarah Nicole Deaver masterfully played a private who had been assaulted and is in need of help. Alice Cannon, who was a Broadway musical theater ingenue in the 1960s and 1970s, was the right spot of humor as a grandmotherly vet.

Hartford Stage began the year with a premiere, The Body of An American, about the effects of war on a photojournalist covering these events. Barrington Stage’s American Son asked difficult questions about race in America. Queens For A Year reveals tough realities about women in the military and about our misunderstandings of veterans’ needs. These are not “date night” theater events for those looking for a little light fare. Good theater can tell a strong story, can plant the seeds for discourse and debate, and bring an intensity that movies and TV just can’t. I’ll be thinking about Queens For A Year for quite a long time.

This review originally ran in the Westfield News Group. 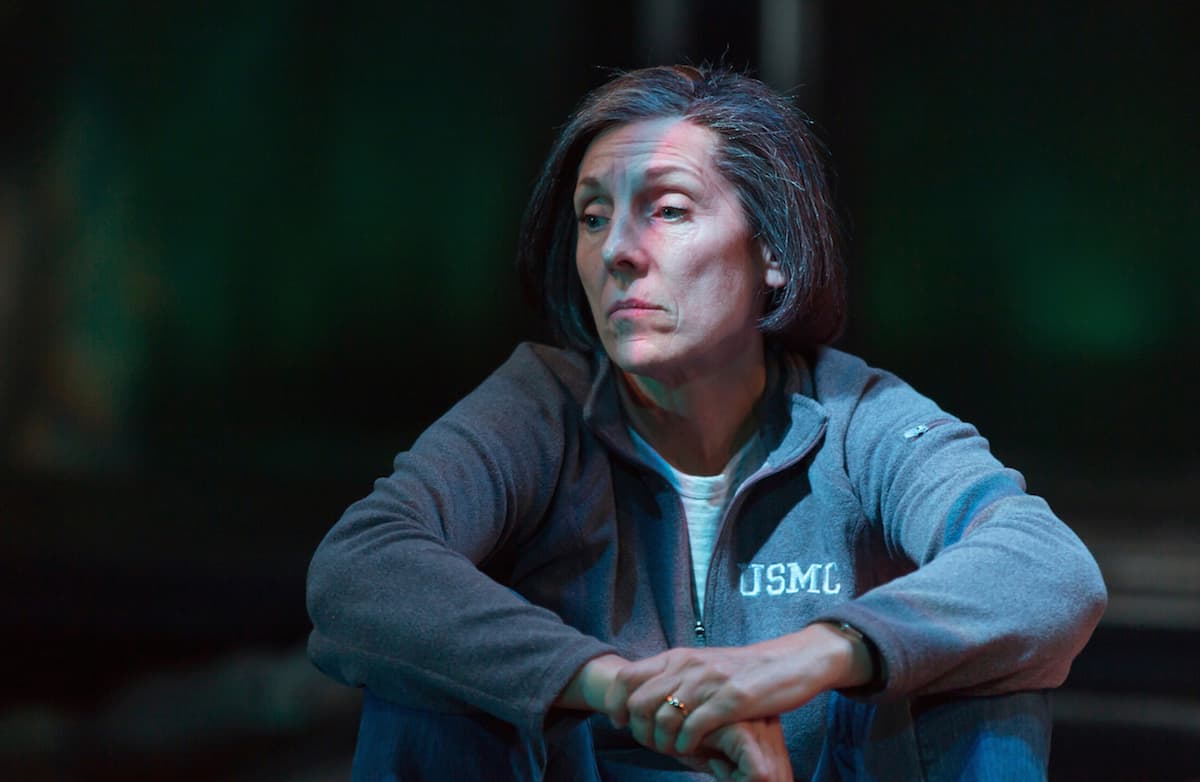