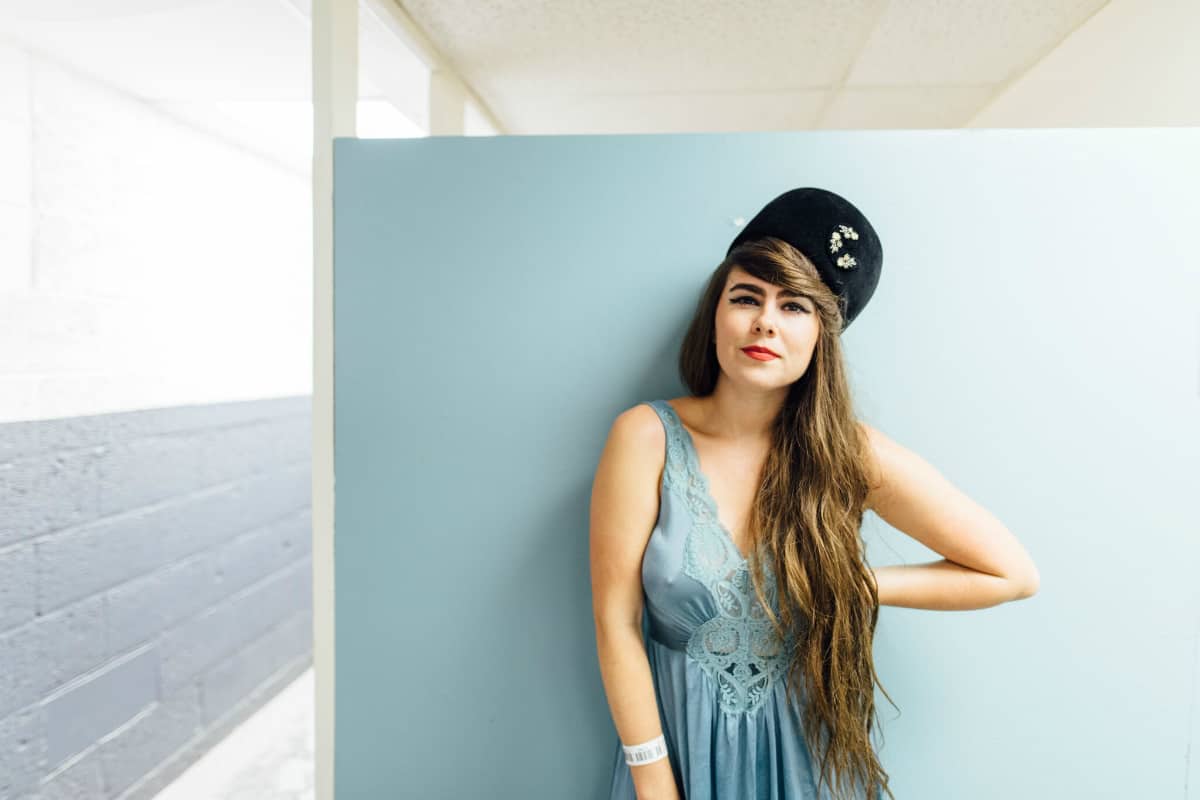 Singer-songwriter Kat Wright on Vermont’s allure and recording Woody Guthrie’s iconic “This Land is Your Land” for Bernie Sanders.

For the last six years, Kat Wright and the Indomitable Soul Band have quickly risen through the ranks of the Vermont music scene, becoming one of New England’s more beloved musical acts. But Wright’s own varied musical career began well before 2010, the year she met the seven other members of the group.

At one point, Wright was one half of the popular folk duo Loveful Heights, and currently, the dynamic chanteuse also performs with Steady Betty, an all-female ska collective. Wright is also known for pairing up with other local musicians for collaborations and duets, as she did last fall for then-presidential hopeful Bernie Sanders. Her cover of Woody Guthrie’s “This Land is Your Land” was shared by Sanders’ campaign; to date, the video for the song has generated more than 200,000 views on YouTube.

“It was amazing working with so many talented musicians, performing that song with my community, with no egos, for Bernie … it felt and continues to feel like the mission of my life,” Wright says. “Vermont is incredible: the politics, the food culture, the nature. For a long time, it has been a haven for radical and inspirational artists and thinkers.”

Wright, whose sultry, nuanced voice is reminiscent of Bonnie Raitt and, to a lesser extent, Stevie Nicks, moved to Burlington from Rochester, New York, after graduating from college. She quickly injected herself into the local music scene, working with her best friend, Maggie Clifford, in Loveful Heights.

In time, the lifelong singer landed a waitressing job at the Radio Bean Coffeehouse, where she met her husband, owner Lee Anderson. “When I first arrived, the scene here was really something I had never experienced before,” Wright explains. “It was like a real community of people who were friends, and cared for each other and were inspired and inspiring. I fell in love with it. I love the legacy of Vermont, the people of Vermont. It’s just an incredible place.”

Wright also appreciates the state’s abundance of sustainable farms—a subject she’s been interested in for years. “If I wasn’t a touring musician, I’d be a farmer,” Wright says. “An organic farmer, because I’m all about sustainability.”

If you’ve never seen Kat Wright live, rectify this mistake as soon as possible. Fortunately, Kat and the Indomitable Soul Band tour often, both nationally and locally. Wright also said the band is working on their third album, which should surface within the next year.

Want to hear what’s on Wright’s playlist? Check out our Take a Listen Spotify Channel to hear. While you’re there, take a listen to the playlists of other musicians we’ve featured.