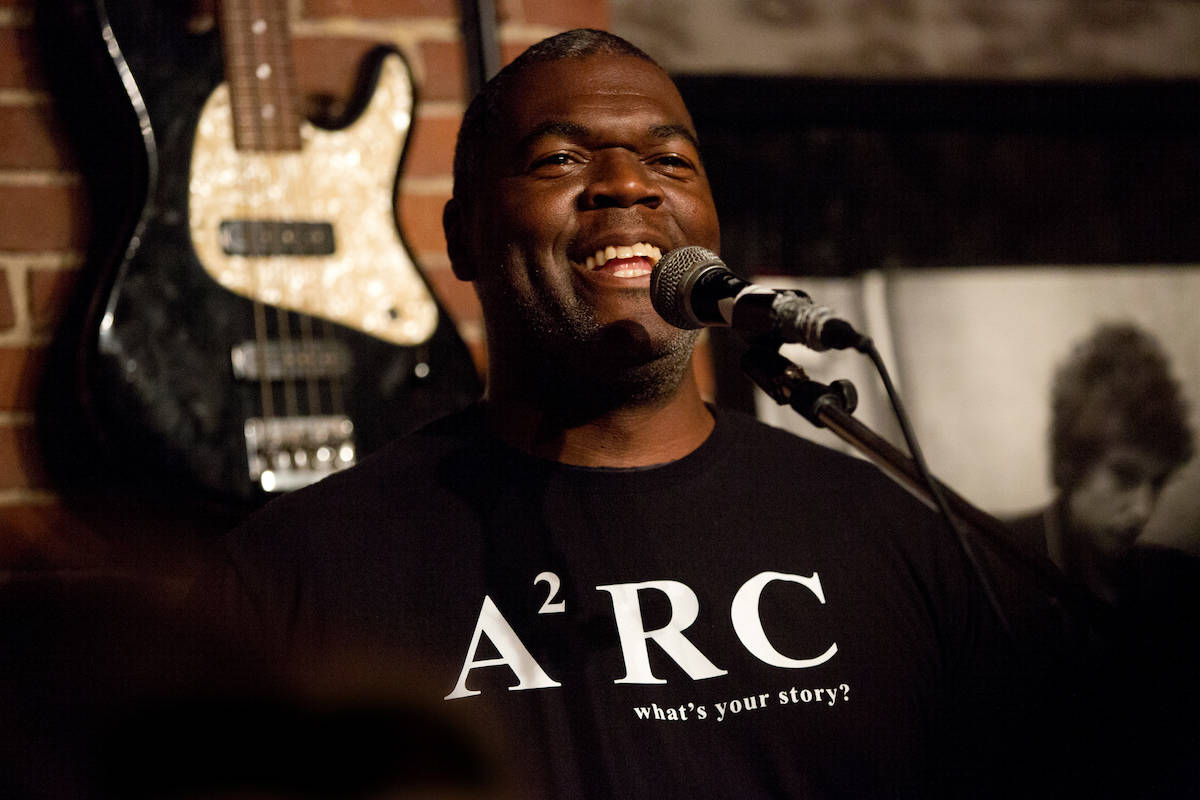 Storytelling at The Corner is about more than simply sharing stories. It’s about fostering community in Maine.

Michael Sargent says he tells stories in spite of who he is. Revealing stories about his history, hardships, longings, and fears isn’t his natural mode. In other words, Sargent isn’t who you’d imagine would create The Corner, a monthly community storytelling event in Lewiston/Auburn, Maine. And yet he did.

The story behind this starts with the community where Sargent, who is a psychology professor at Bates College, lives. Sargent started The Corner in 2013, in part because he was frustrated by the lack of world-class arts, culture, and entertainment in the area not specifically associated with Bates College. It wasn’t that Sargent didn’t like his students and colleagues; he just felt as if it would be healthy and good to have a place, unrelated to his work, where he could go and connect with others in the community.

Rather than just complain, Sargent did something. Since 2013, The Corner has been held at She Doesn’t Like Guthrie’s restaurant and cafe, a suitably non-corporate venue. 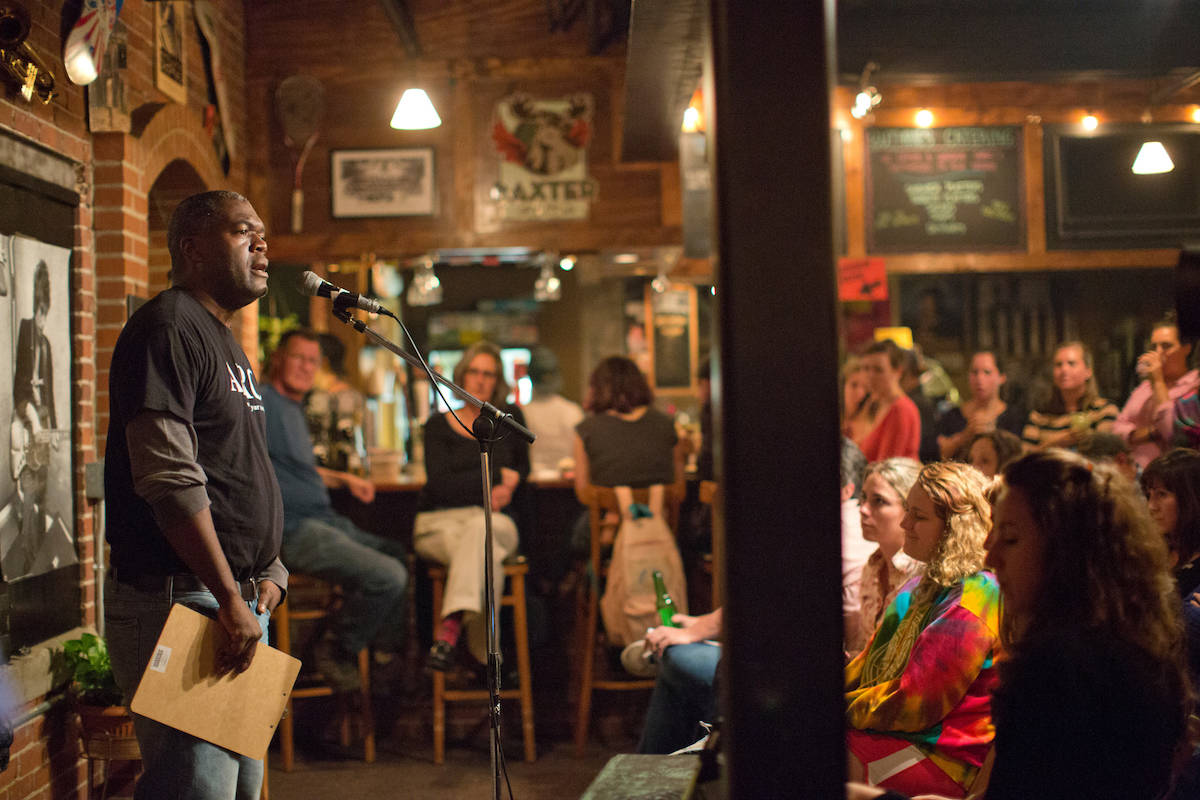 Blogging, podcasts, stand-up comedy and the pervasiveness of Facebook, Twitter, and other social-media platforms have made the practice of self-revelation an almost compulsive habit for many. We share facets of our lives—snapshots, tidbits and details—all the time. But the kind of truth-telling and radical candor that Sargent has helped to encourage is different from all that.

Audience members are as likely to cry as they are to laugh. “You can tell that someone else has experienced something similar to what you have,” says Sargent. “It creates a great sense of connection.”

In a time of growing xenophobia, racism, and nativism in America, Sargent sees this connection-forging and community-building as a vital element of storytelling. Watching a total stranger get up to tell a story about having cancer or about coming undone by booze or overcoming crippling self-doubt makes a listener appreciate the bravery of anyone willing to participate, but it also jumpstarts a sense of empathy and compassion.

Storytelling events at The Corner do have rules. The “tellers” have to tell stories that are truthful, first-person narratives, recounted without notes and kept under five minutes. Events are organized around a theme. (April’s theme is “Fool’s Errand”—about doing something when we really shouldn’t have, for whatever reason.)

One of the innovations at The Corner is a sort of preliminary trial run where audience members are encouraged to swap ultra-brief stories with their neighbors where they’re seated. In some cases, this is enough to nudge introverts toward telling their story on the stage for the featured event, or to fine-tune and tweak for some future telling.

Sargent announced in May that he was handing over organizational and logistical duties for The Corner to Kathleen Juten, who has told her own stories there several times. Juten views the act of sharing and opening up to others as more than just a special form of art or entertainment. Before moving to Maine, she worked as a barista in California, where she found that artfully revealing parts of ourselves to each other is what fosters friendships and meaningful relationships, in addition to making mundane interactions more gratifying. “I found that the more open and honest I was with people, the more people reciprocated,” she says.

Civilization is, on some level, built on our ability to all go about our business without being overwhelmed by the depth of human feeling and history that each person carries around with them; if we were to always be fully aware of people’s stories, of what made them who they are—in good and bad ways—we might find it difficult to function smoothly. Storytelling is a small corrective to that. As Juten says, “It breaks down so many of these perceptions that we tend to have about each other.”