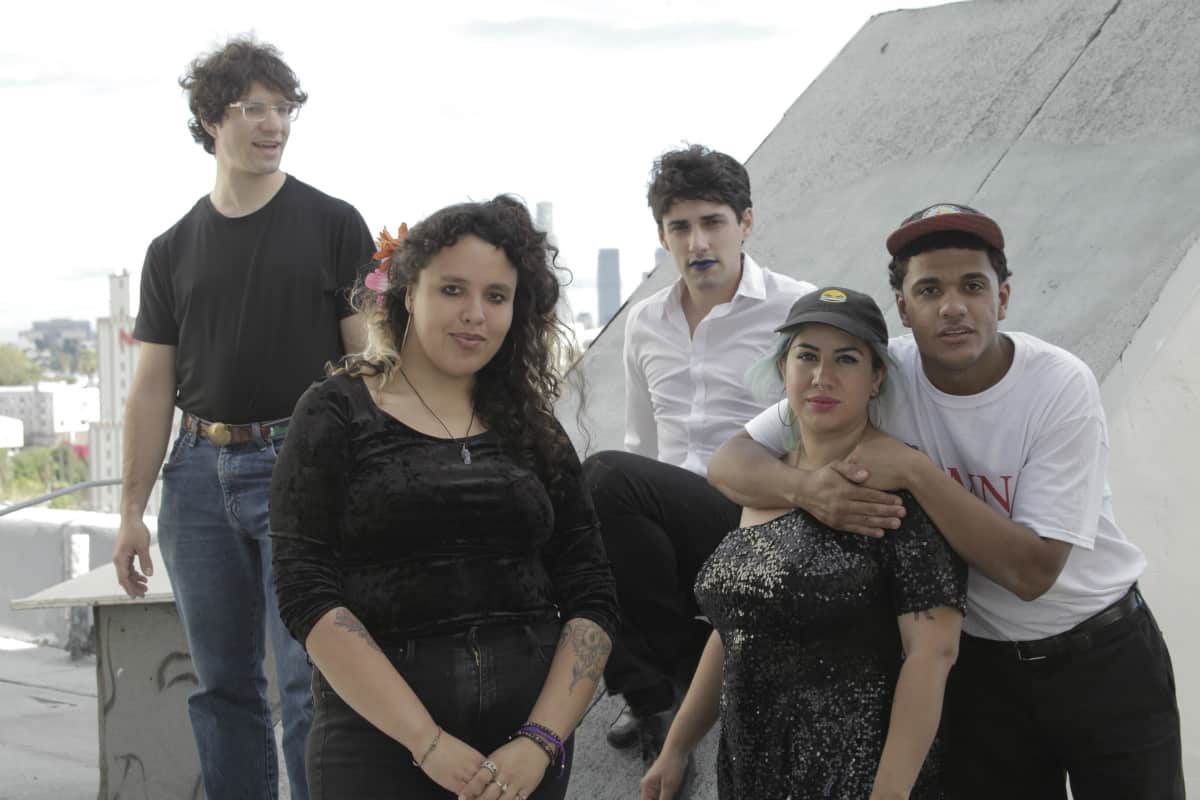 Joey La Neve DeFrancesco talks about Downtown Boys’ new album and taking on the establishment when other musicians hold back.

You would think—given 1600 Pennsylvania Avenue’s current inhabitants—that there would be more bands out there raising hell about the Trump administration’s divisive policies. But this isn’t the 1960s, and sadly, most folks would rather not mix their music with their politics. Obviously, this hasn’t stopped bands like Rise Against or Public Enemy from espousing their beliefs, but a larger movement of furious, vitriolic rockers—one many anticipated Trump’s presidency would inspire—has yet to manifest itself.

Perhaps Rhode Island’s Downtown Boys can lead the charge. They’ve already been touring the country for months, bringing their unique brand of politically-charged, socially-conscious punk rock to venues both big and small, and inspiring Rolling Stone to declare them one of America’s “most exciting” punk bands.

Downtown Boys formed in late 2011 in Providence, and this summer, issued their third full-length record, Cost of Living, which was produced by Guy Piccioto, guitarist for post-hardcore legends Fugazi. “We were searching for a producer fairly last minute for this record,” explains Joey La Neve DeFrancesco, who plays guitar and sings in Downtown Boys. “Our bassist Mary (Regalado) originally reached out to Allison Wolfe to produce, but she was unavailable, but she recommended Guy to us. Originally, it didn’t seem it was going to work with his schedule, but just a few weeks before, he decided to go for it and it was a wonderful experience to work with him.” 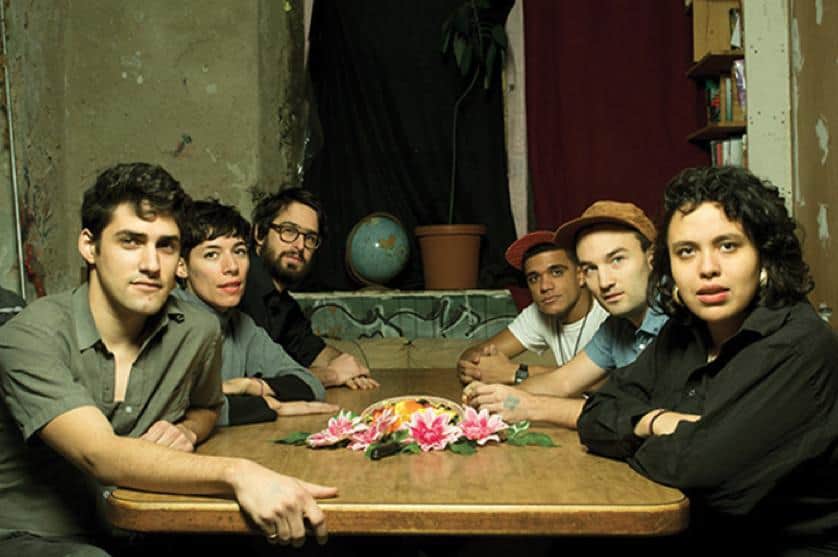 The members of Downtown Boys are all self-taught musicians, who’ve come from far and wide, for myriad reasons, and ended up settling in Providence. Only La Neve DeFrancesco and saxophonist Joe DeGeorge are lifelong New Englanders.

“We’re on tour pretty constantly right now so we mostly live in a van,” La Neve DeFrancesco says. “I think wherever you are right now, whatever job you’re in, the goal is destroying white supremacy, tearing down the structures that have been in the process of destroying humanity for a long time and are only ramping up the effort at the moment.”

Singer Victoria Ruiz is the face of the band, which is rounded out by drummer Norlan Olivo and bassist Mary Regalado. On the Downtown Boys’ latest for Sub Pop Records, Ruiz uses her powerful voice to promote Chicana, queer, and Latino issues.

The new offering opens up with “A Wall,” which scoffs at the notion a wall could ever shatter the spirits of those it is being designed to suppress.

“Providence has a long and full music history and that seeps into what we do,” La Neve DeFrancesco says. “There is also a long political history of violence and resistance here, and that comes in as well. So much of Providence’s musical and political past, including our band’s, is centered around the mill buildings in the city and the accompanying history of industrial capitalism and slavery, and the resistance movements to those two systems, and so whatever you’re doing here, there’s that weight you have to take seriously.”

Want to know what’s on Joey La Neve DeFrancesco’s playlist? Check out our Take a Listen Spotify channel. While you’re there, take a listen to the playlists of other musicians we’ve interviewed.