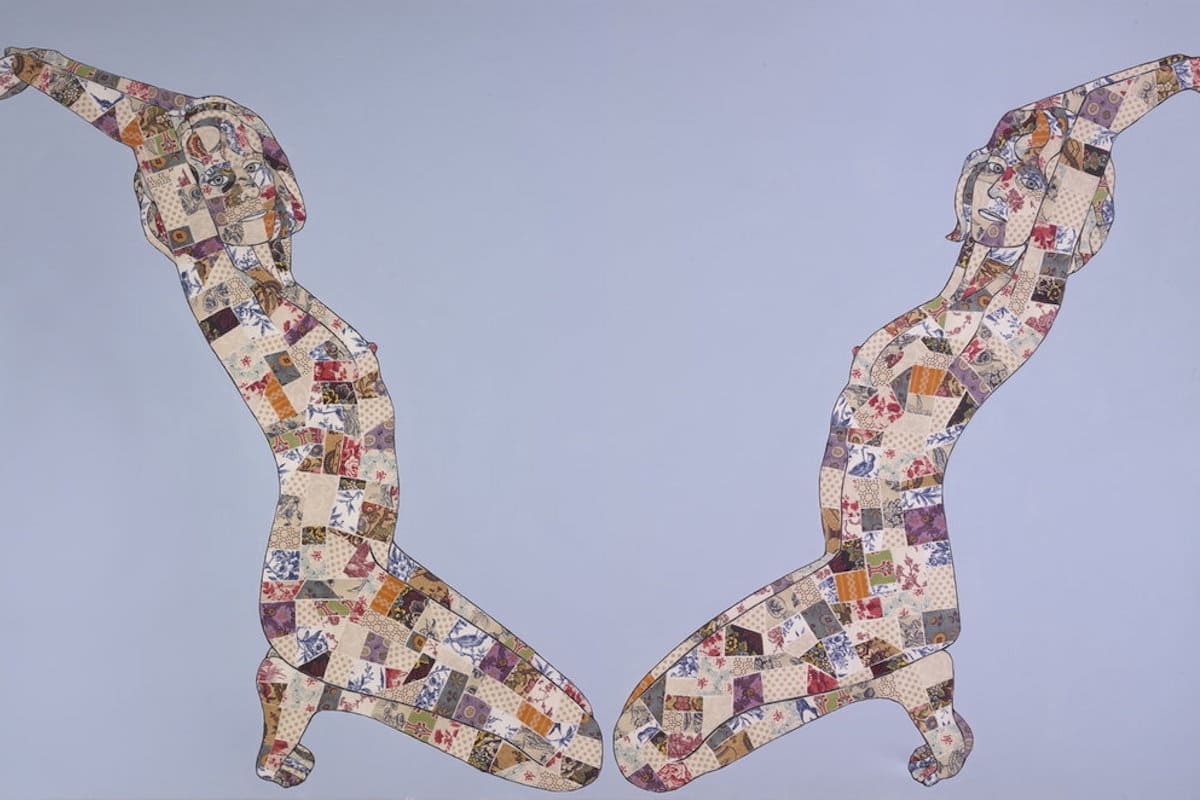 Longmeadow artist Lisa A. Foster explores the journey of women through historical materials and nude self-portraiture.

Lisa A. Foster works from her sunlit home studio in Longmeadow, Massachusetts. A practice in line, form, and reproduction quilting fabrics that once lent itself as a coping mechanism for her childhood sexual abuse and resulting dissociative identity disorder, has transformed into a thriving professional career bolstered by unfathomable feminine strength and resilience. Now Foster’s art sings the song of women, telling the story of her past to give a platform for the broad and varietal female voice of the present. 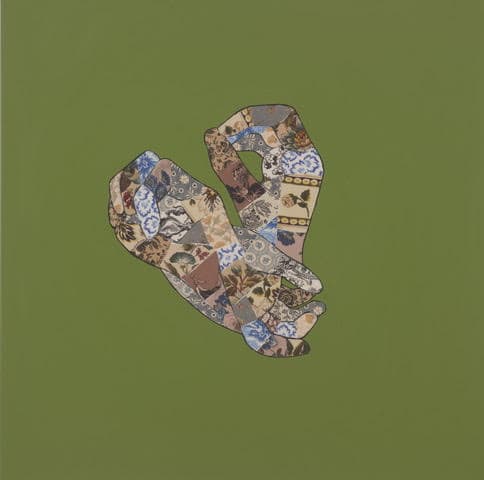 Foster has drawn since she was a child. She was always fascinated with line and form. Her grandmother, with whom she was close, was a quilter. Foster’s memories of Nana are of the floor of her workspace, collaged with quilting fabrics destined to become a blanket for her bed. This element of care has become a central theme in Foster’s process.

When she was pregnant with her first child—of which she has two, Forest and Summer—she developed an aversion to oil paints. “I immediately went to a quilting shop and knew just what I was going to start exploring,” she says. The new intolerance propelled her into sourcing reproduction quilting fabrics—old patterns recreated from the Colonial and pre-Civil War eras—in a way picking up where her nana left off. “That pregnancy gave me permission to explore the feminine medium. I felt an obligation to find something worth doing to replace oil paints,” says Foster. “At that point I allowed myself to leave that tradition and create my own with quilting fabrics.” 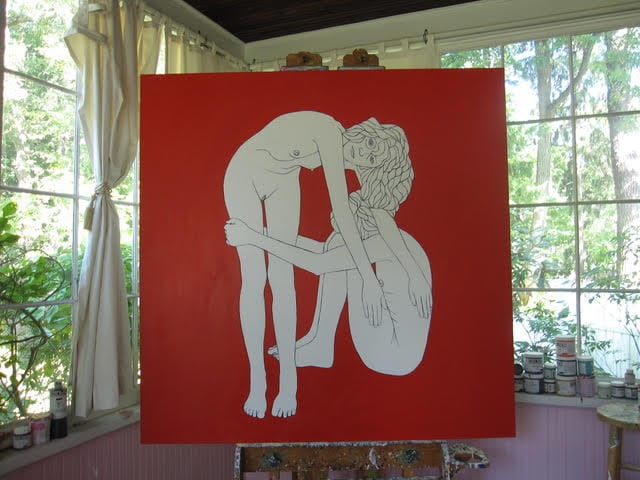 Don’t mistake Foster’s work for collage. Her paintings, which manifest on stretched canvas in the form of nude self-portraits and hand gestures, are made with mixed media but result in a cohesive unit with indiscriminate compartments. “The hands and bodies are so symbolic, emotional and full of context. To take a nude female figure and attempt to simply make a shape out of it, well- it is almost impossible,” she says, “There is so much meaning and story to a nude female body and to a hand, that will never just go away, no matter how you pose or manipulate them. They are too powerful to diminish into mere form, this is one of the things I use and play with in my work.”

Foster wants each piece to seek justice in the battle for women, using pieces of herself, her past, her own story, and the resurrection of the feminine tradition of her Nana’s quilt-making. That physical phenomenon is exactly what Foster attempts to do with form in the abstract realm. The history and power of the woman to heal is expressed in Foster as a woman, as a survivor, and resonates through her work. 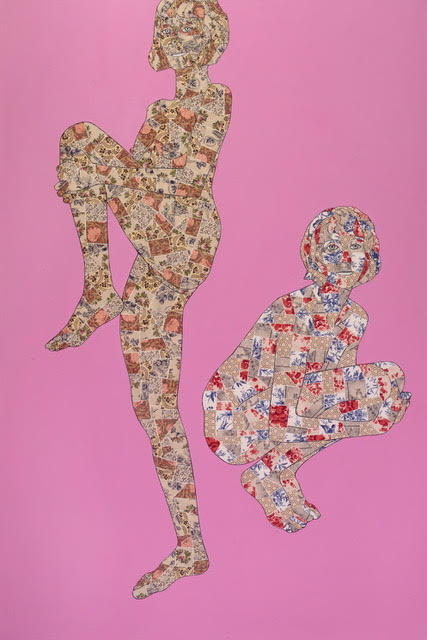 At this point, Foster’s work has grown to be completely independent of her troubled past. “I do at the end want to make my art broader. That feeling before of relying on my work to live just doesn’t exist anymore. It has really gotten to be a profession and gotten to be art. I’m not dwelling on my past and I don’t want my work to,” says Foster, “It’s an attempt to contribute to a very male dominated art history in a very female way. But it is also a plea to all of us to hear all the stories and all the cries of all the women.” 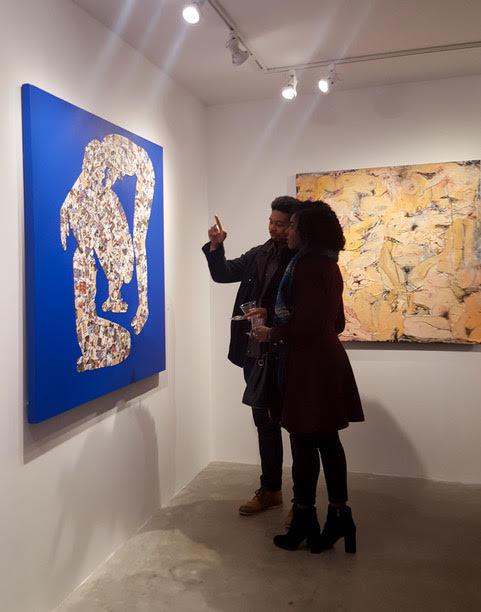 Lisa’s work has recently appeared in the Abigail Ogilvy Gallery and at Art Market San Francisco.

All photos courtesy of the artist 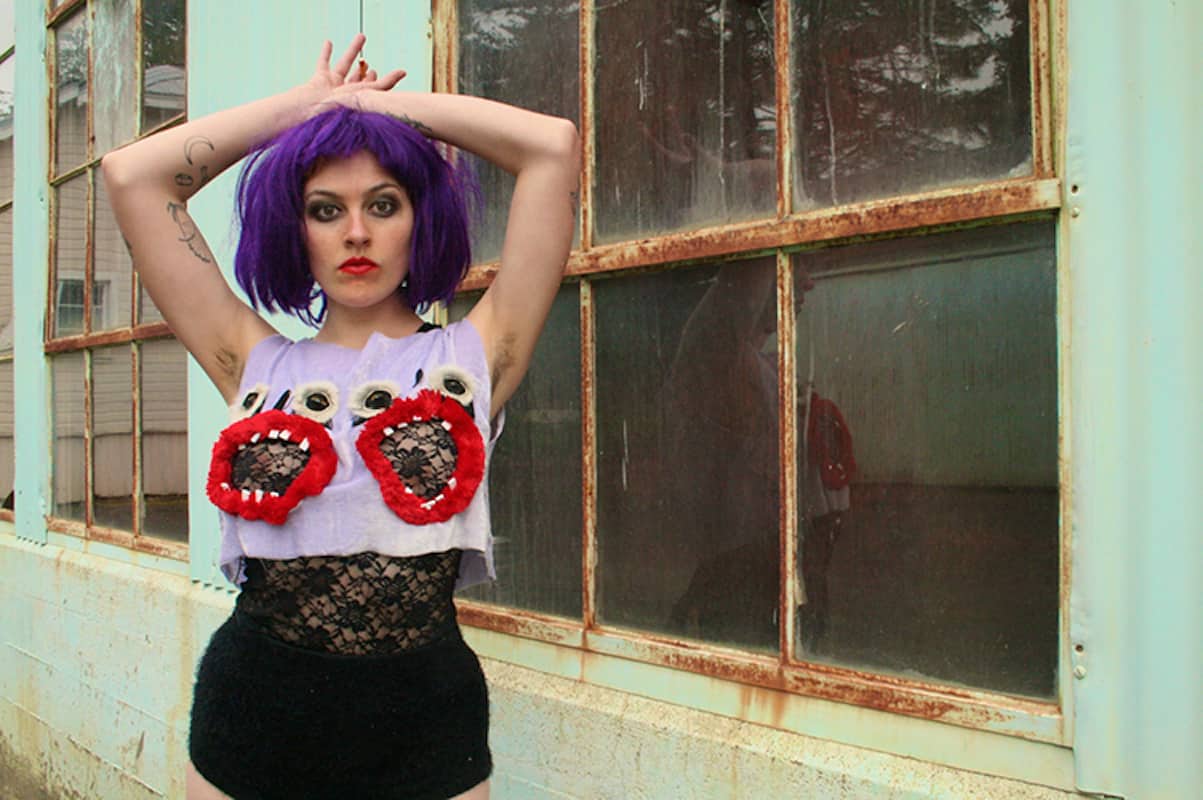 The Nipples Have Eyes

It’s not exactly ugly, yet it kind of is. Sarah Mikolowsky is reassembling the taboo and turning it into something wearable.