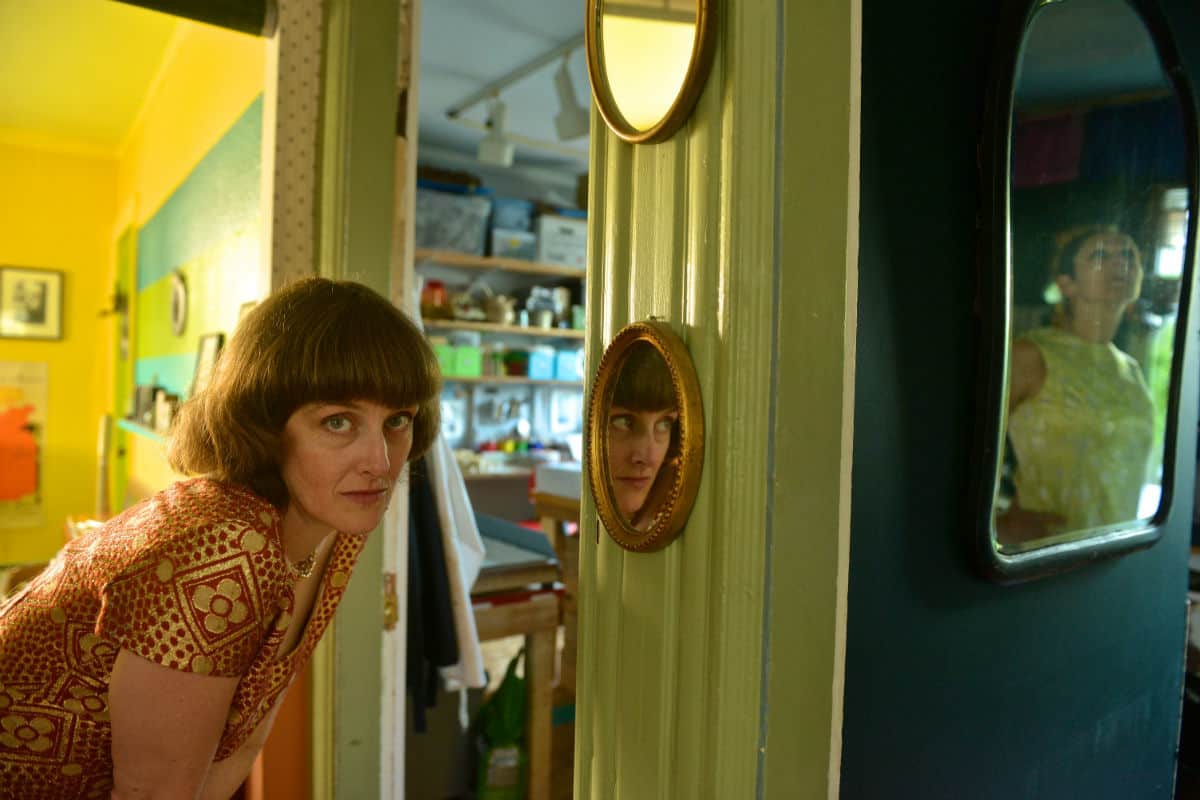 Rhode Island photographer Maria Scaglione uses her art to communicate the world’s many points of view. Step into her shadowbox.

Of the many arresting photographs in Shadowbox World, a photography exhibit on display at the AS220 Project Space Gallery in Providence, is Attic Window, a picture of a woman’s torso positioned in front of an attic window with other visual elements such as a cracked window pane competing for attention. It’s part of what photographer Maria Scaglione labels her conceptual documentary style, a process by which she crafts images based on ideas.

Working out of her studio in Westerly, Rhode Island, Scaglione would notice the Pawcatuck River and imagine old sailing boats with figureheads of women for protection against the elements. It is that image that she looks to recreate through this picture. The Shadowbox of the exhibit’s title emphasizes Scaglione’s interest in light; she often uses only a single source. “Limited (natural) lighting gives me very little time to work, which helps me become aware of the passing of time and how time becomes a memory,” she says. “The limited lighting also helps me focus less on the person and more on the story.” 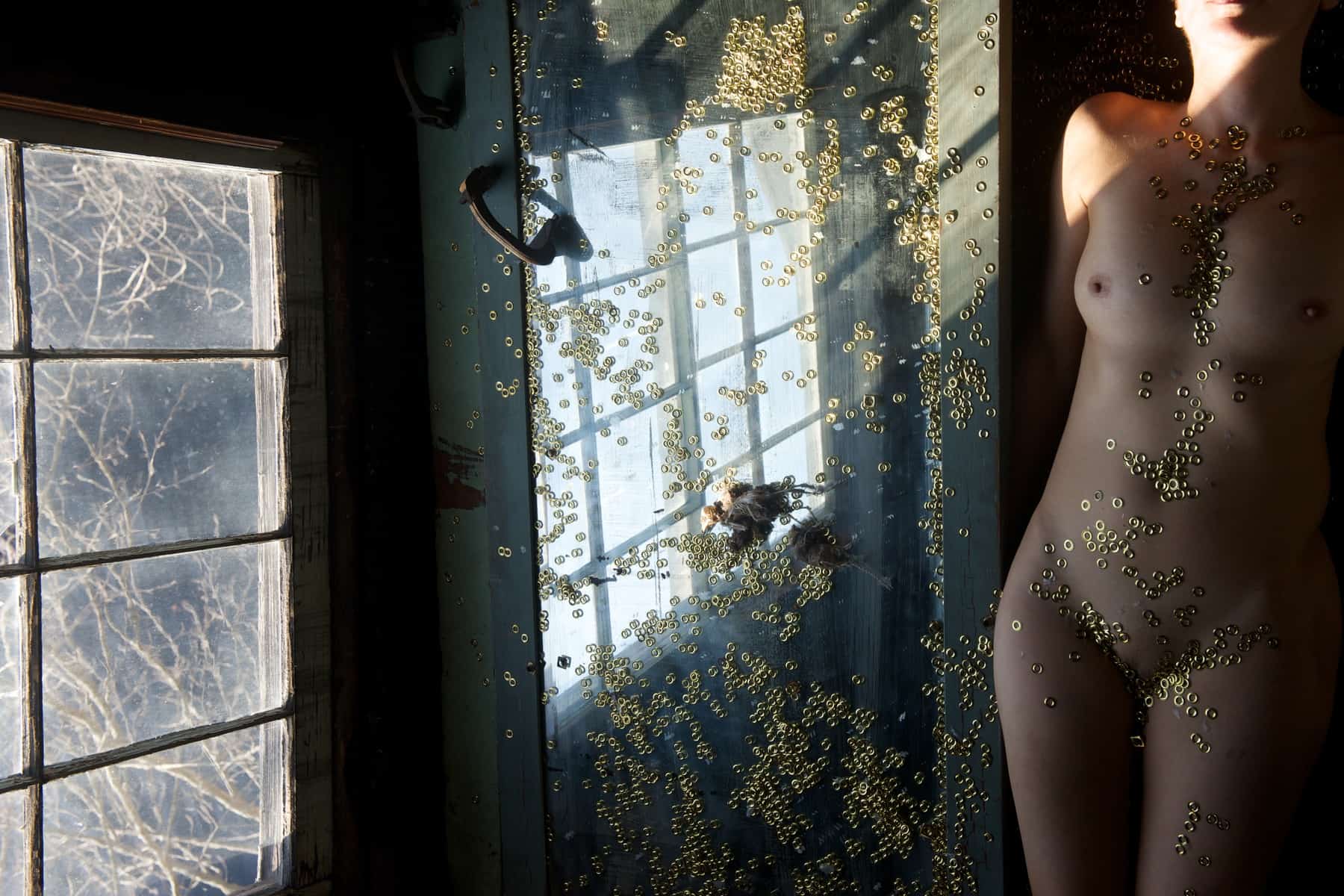 Scaglione’s own story is rooted in her native Italy. Her family immigrated from rural Calabria to Westerly when she was 12, and the move was, understandably, of dramatic consequence. “With a plane ride, I moved from native to stranger, from insider to outsider,” she says. “I looked at the inside as I was looking through a peephole, not really part of my community, a bit isolated. That psychology shaped the way I looked at the world around me. When I photograph, the camera helps me see the world the same way I was psychologically seeing—an outsider looking in.” 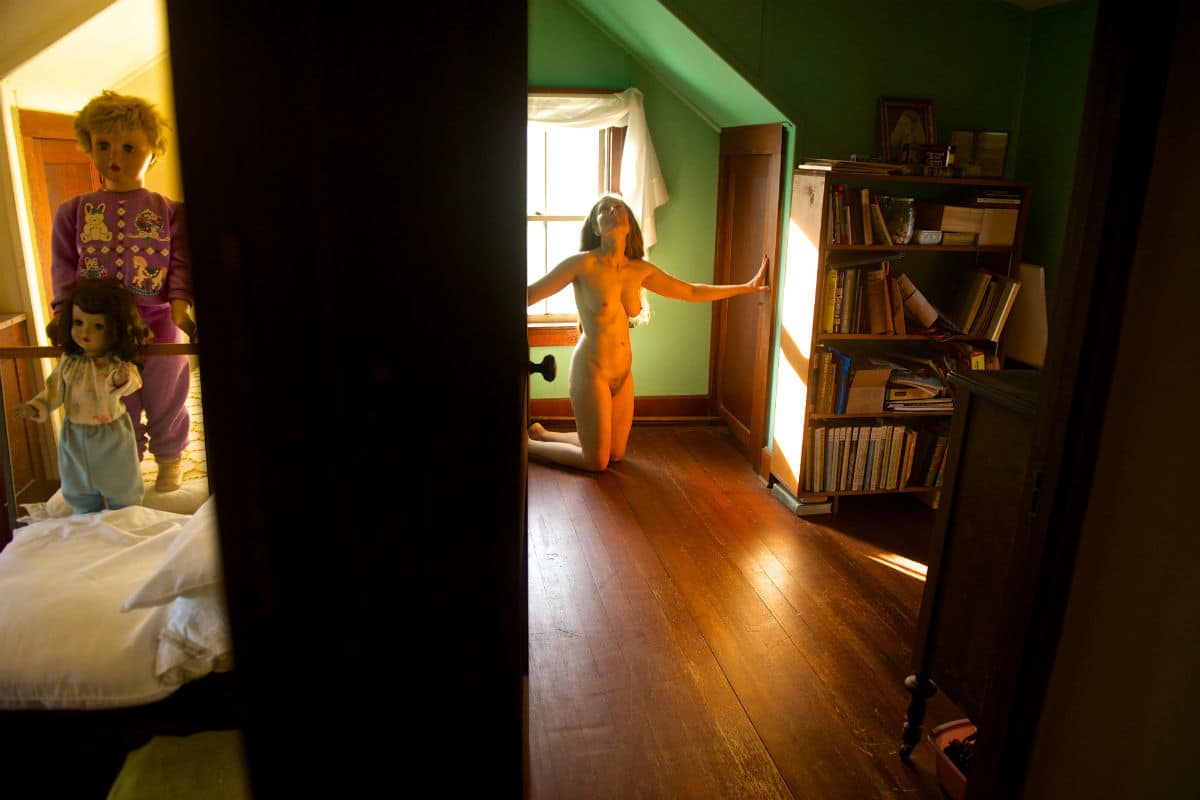 The Prayer. Photo courtesy of the artist.

Incidentally it was when Scaglione traveled back to Italy for college that she honed her artistic career, first experimenting with photography while taking pictures of her extended family. Scaglione also works as a wedding photographer to tell as she describes it, “a beautiful story that will always be remembered through pictures.” She has managed Photo-Op, an organization that is dedicated to promoting local photographers around the country.

If her photography might seem a bit surreal at times, Scaglione says that’s exactly the point. “With each image I want to attain uncomfortable truths, things that we feel but don’t want to know,” she says, “In each one of us there are layers of truth and those layers open little by little.” 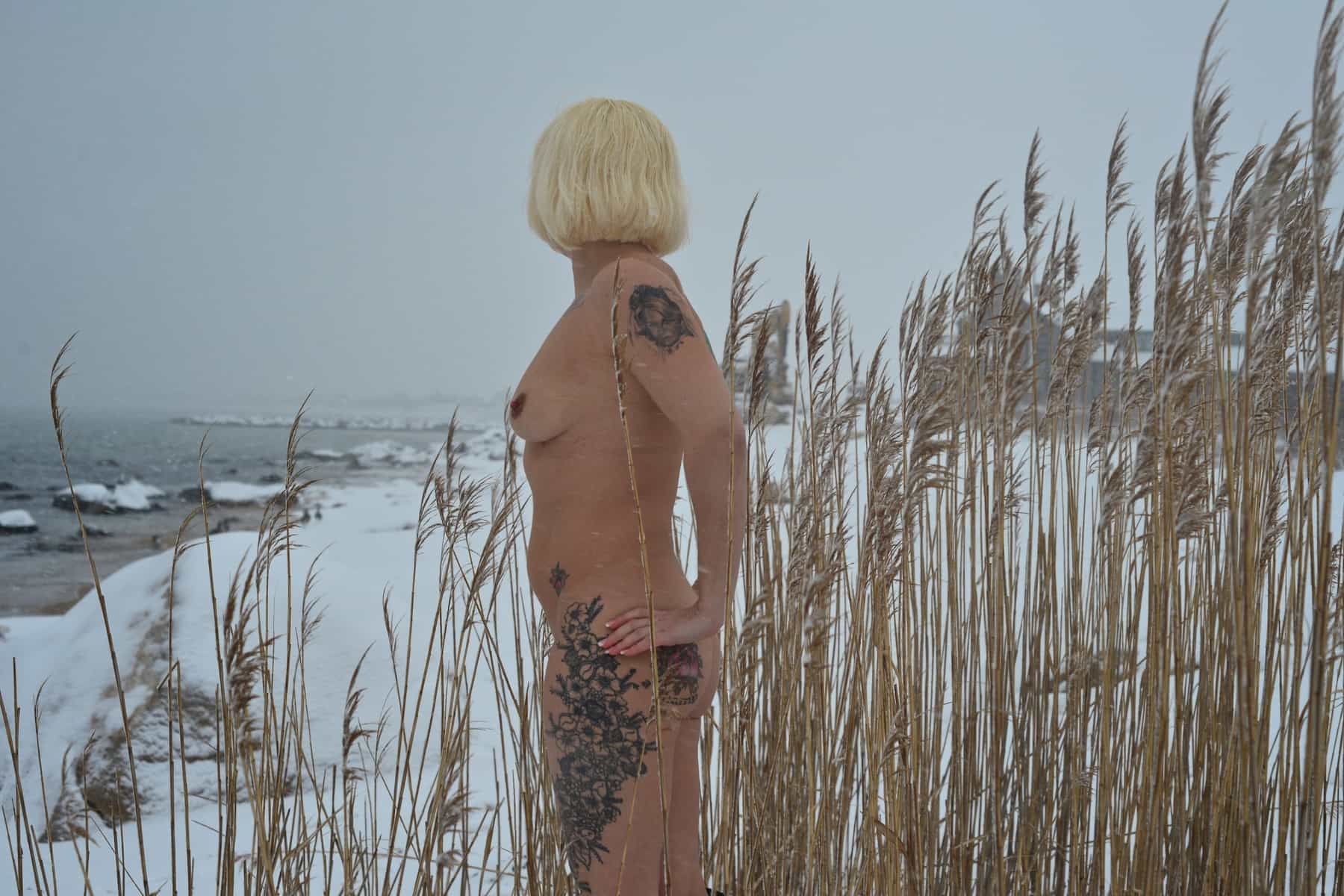 The Snow Storm. Photo courtesy of the artist.

“I would like the viewer to ask questions and to tell me what they think about the images,” Scaglione says. “I am honoring my past of miscommunication by trying to [do so] with my photographs. It drives my work because as a child and still as an adult, I am learning how to communicate.”