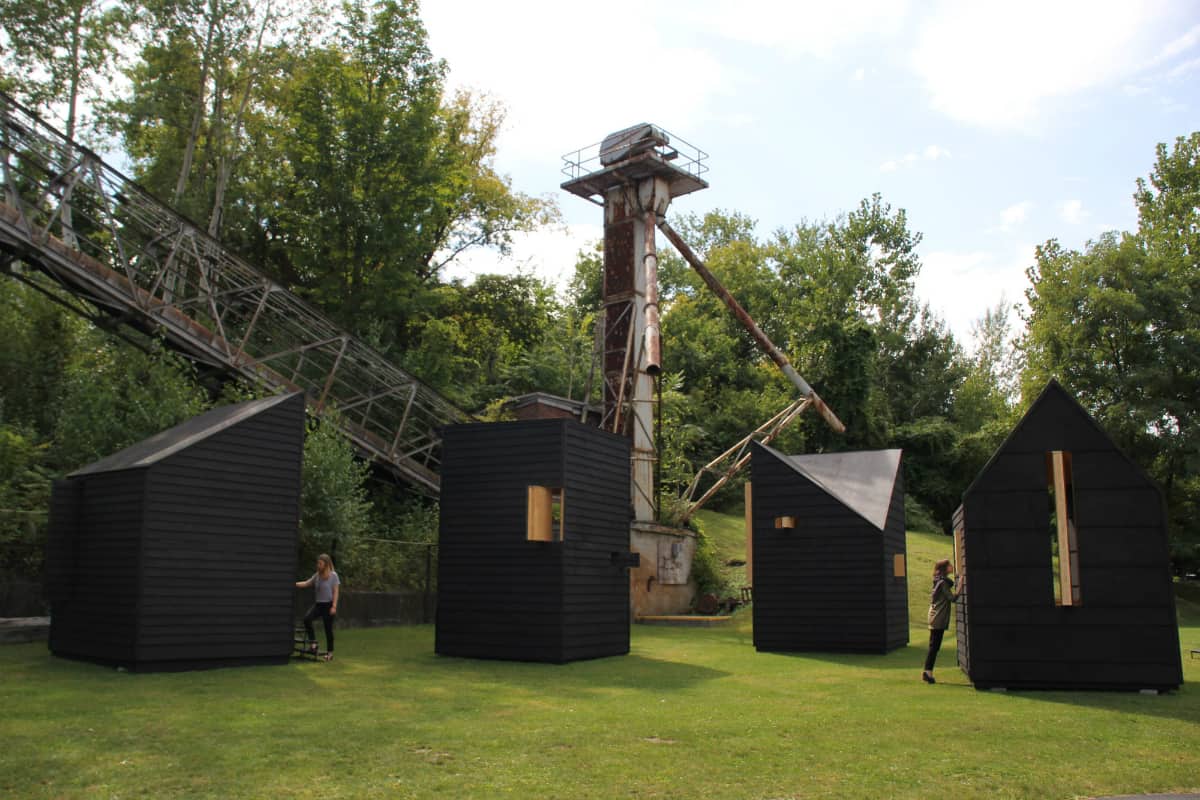 Five mysterious black structures that have appeared on the Mass MoCA campus are the work of architects Tessa Kelly and Chris Parkinson. Called the Mastheads, they’ll be there through October and offer writers a chance to get down to work, and to link their current efforts to the literary past of the Berkshires.

Kelly is from Pittsfield and began devising a Pittsfield-centric project while working on her master’s thesis in architecture at Harvard. Her partner Parkinson moved to Pittsfield with her, and the two concocted an architectural project celebrating something unique about Pittsfield. “The idea was to create something smallish scale that we could feasibly get done,” Kelly says, “and bring new creative people into the city of Pittsfield to introduce them to this place in hopes of secretly recruiting a younger creative set to look at Pittsfield in a new way.”

Each structure is based on the historic home of a Berkshires writer. This past July was the first season of the Mastheads program inviting five writers from around the country to spend the month working in the tiny writing studios placed around the Berkshires. The Melville and Hawthorne studios were at Arrowhead, now home to the Berkshire Historical Society; the Holmes and Longfellow studios were at Canoe Meadows, Holmes estate and a meeting place for the Fireside Poet group; and the Thoreau studio was in Springside Park, which was on Thoreau’s path to Mount Greylock. 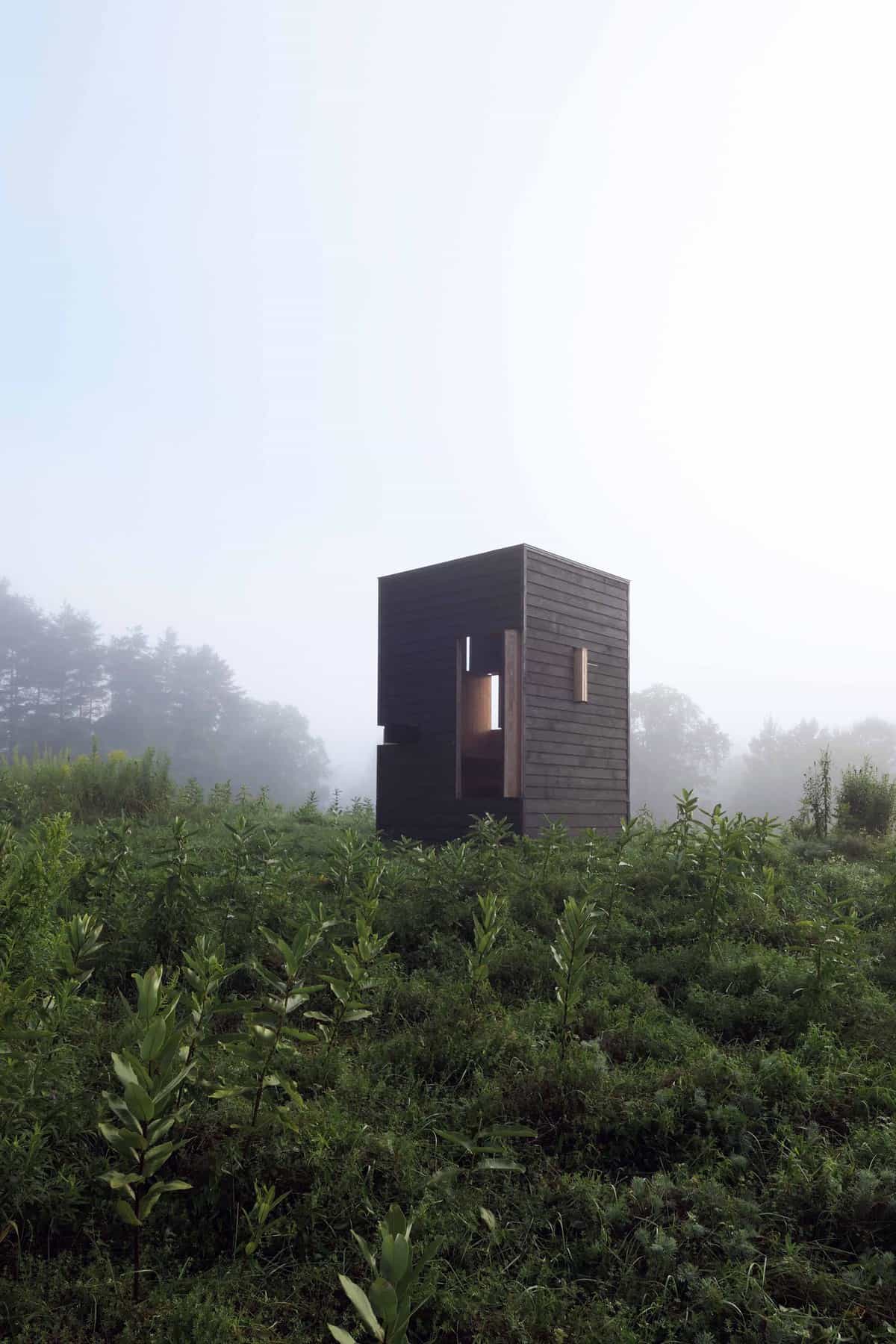 “The approach we took with all of them was to simultaneously look at the houses themselves but also to understand what works they were actually producing when they were in those houses,” says Kelly, “and to think about ideas we could take from the thinking they must have had to write those works, and then somehow set up those conditions in the studios.“

Portland OR-based writer John Lusk Babbott worked in the Holmes studio through July and said it was a productive time for him. “The interior was pale, grained pine and larch, and was fragrant with wood, pine tar, and stayed comfortable well into the afternoon despite the summer heat,” says Babbott. “To write in an environment like the one The Mastheads offers is to write truly in situ, and to do so as many hours as desired, for 31 days in a row.” 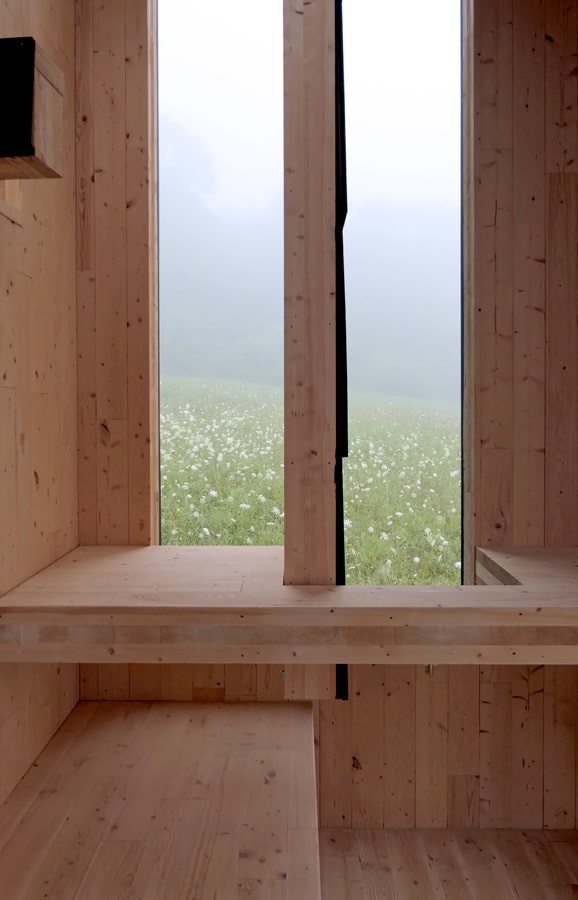 Comfort was a big part of the architects’ consideration. Each studio features a built-in desk and bench, along with a chair, as well as various-sized operable panels in the walls. Cross-ventilation created by these keeps the atmosphere fresh, and the use of cross-laminated timber to build the structures maintains the night-time cool throughout the day. 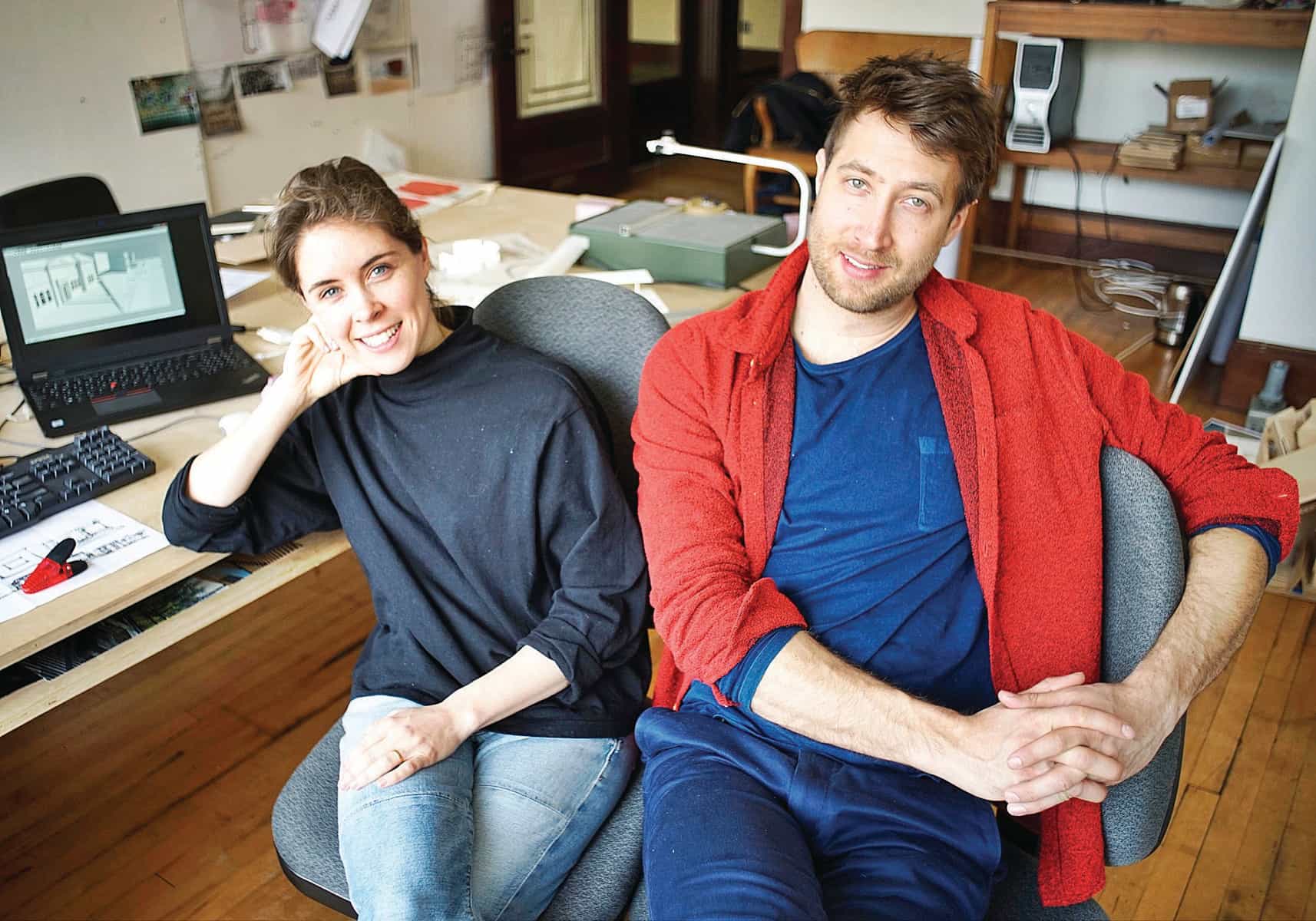 Tessa Kelly and Chris Parkinson. Photo by Ben Garver of the Berkshire Eagle. Provided courtesy of the architects.

Kelly says that while they are unsure if Mass MoCA will repeat the project in 2018, it will return to Pittsfield next summer, though the Mass MoCA location has been unique to the architects, giving the studios a chance to stand united for a change. “When they were in Pittsfield, writers were alone in one vast studio, so this was our first time seeing them all together as a little community,” Kelly says.

Top image: The Mastheads at MassMoCA. Photo courtesy of MassMoCA