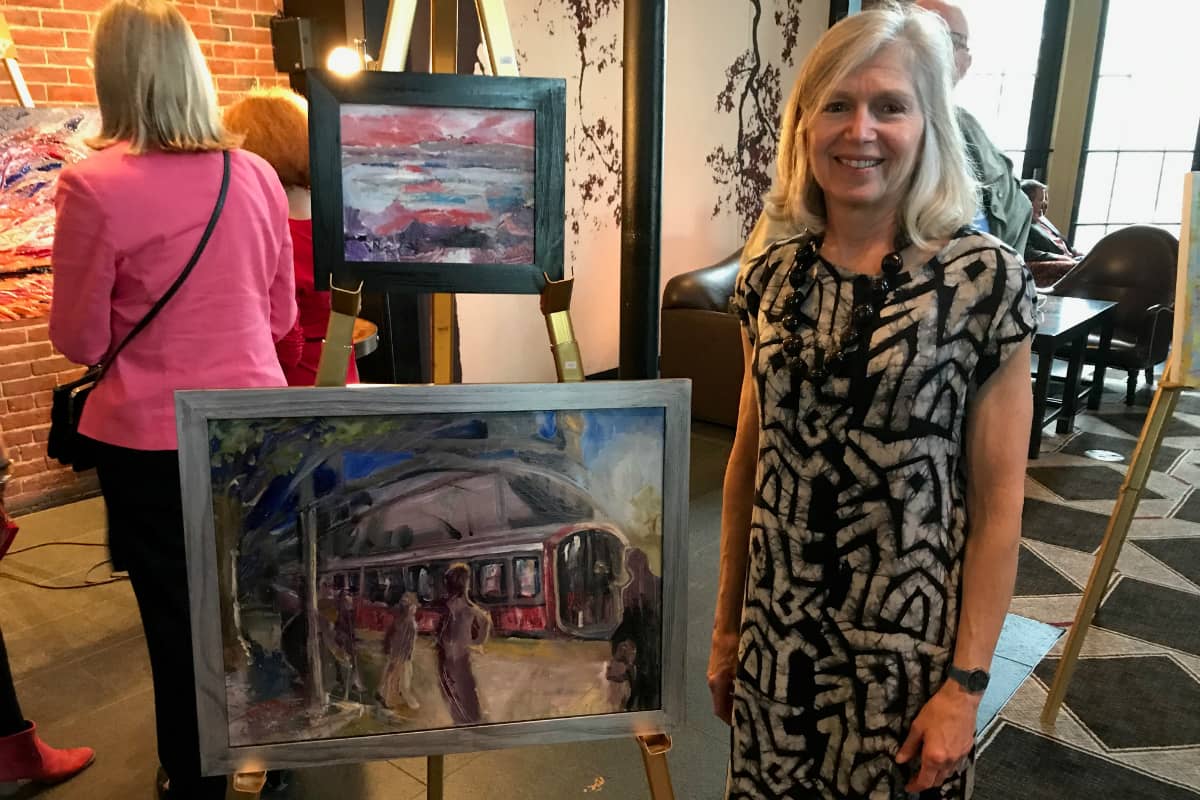 Red Line, a new audio serial by Gail Spilsbury, takes listeners on a bumpy ride through love and learning in Boston.

Gail Spilsbury places a major emphasis on setting in her writing. Whether her stories take place in the olive hills near Rome, where she lived for three years and made olive oil; or within the surrounding natural beauty of Washington, DC, where she and her foreign service family were based in between deployments; setting is central for Spilsbury. This time she is setting her story a little closer to home—on the Red Line.

Spilsbury was writing the Red Line as a novel when she read a New York Times article on the rise of fiction podcasts. “Instantly I knew I wanted Red Line to be a podcast,” says Spilsbury. “The medium was perfect for it as my protagonist, Pia LoMonte, was telling readers her story in an intimate voice already.” 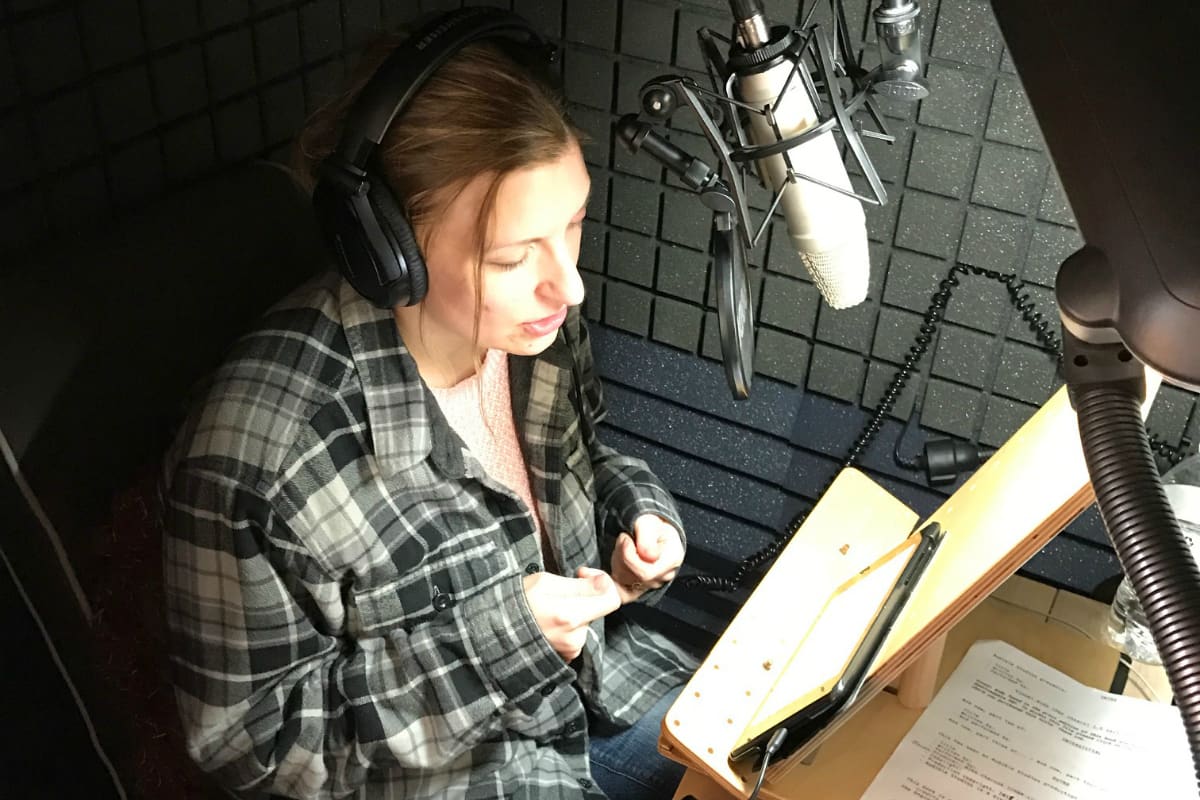 When we interviewd Spilsbury, the Red Line Podcast had recently aired its 17th episode and Pia’s story is now well underway. LoMonte, 29, has arrived at the Haskell School located in the Boston suburb of Wessex. But her dream is to live in downtown Boston near the Red Line.

“The idea for the story was born in a moment of hilarity with a millennial friend as we discussed the pitfalls of relationships, and that living near the Red Line was so important to quality of life in Boston that a woman or man would stay in an awful relationship just to keep that proximity to the subway,” Spilsbury says. “The original title of the story was ‘I Did It for the Red Line,’ but that was too long for a podcast cover. That line is still in one of the 21 episodes.”

The amount of changes that have taken place in the last ten years surrounding social media and the way we communicate with others was a key source of inspiration for Spilsbury when writing the Red Line. “[The podcast] takes place in our times, and our crazy political and globally challenged times fascinate me—they form my backdrop,” Spilsbury says.

Many listeners will find they can relate to protagonist Pia—especially millennial listeners, Boston transplants, or those just starting out in their careers. “I wanted a young female protagonist for a number of reasons—that part of life when you embark on your dreams is so wonderful but it also involves finding out what the workplace is really like,” says Spilsbury. “We can love our jobs, our work, our institutions, but we also inevitably find bad characters there spoiling the environment. Pia falls right into this on her first job, just as we all have.”

The themes in the Red Line are universal, we’ve all experienced them—this is what makes the podcast so entertaining, that and the fact that Boston simply makes for a great setting. “I grew up here and returned here because Boston is alive, intelligent, creative, and innovative,” says Spilsbury. “The sheer amount of education happening here—in all branches of life pursuits—means there are hundreds of thousands of students, professors, and those who graduate and stay. It’s a mecca for depth of knowledge and output.” 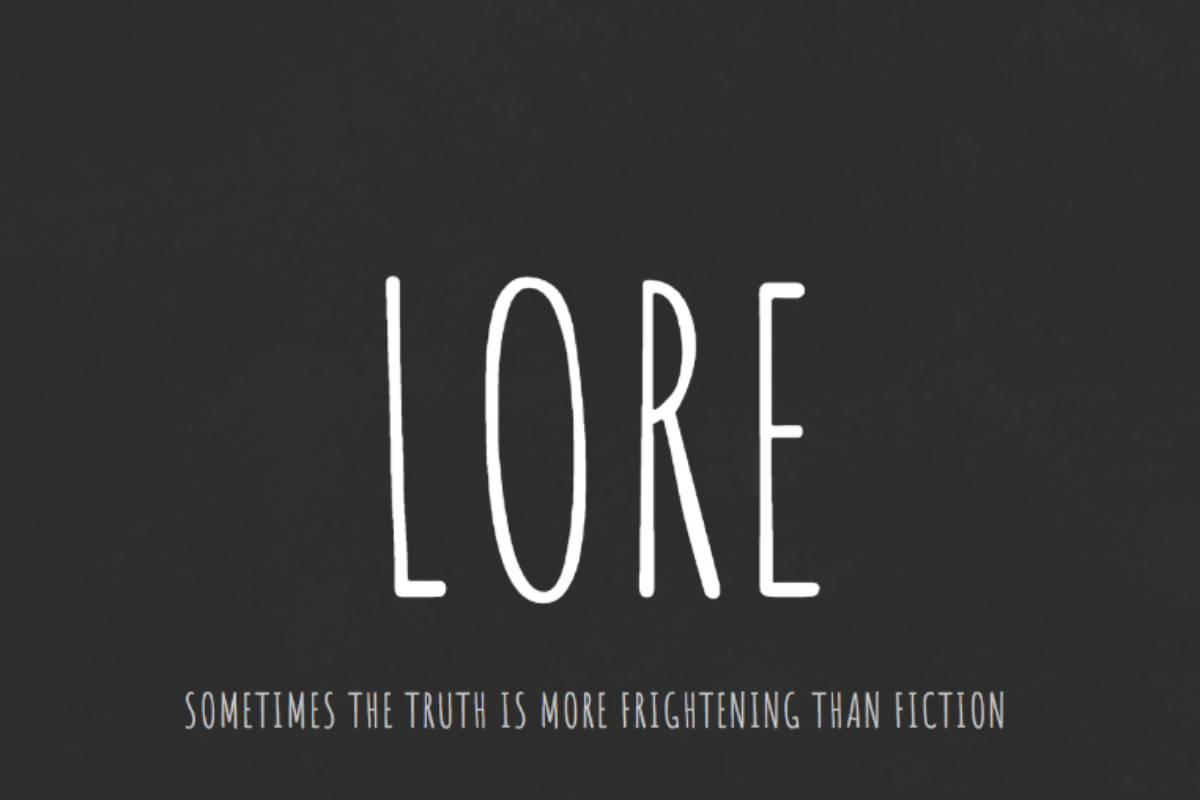 Everyone knows New Englanders love to spin a good yarn, so we’ve hunted down some unique New England podcasts just for you.