For 15 years and counting, Swale has been one of Vermont’s most important bands, and the reasons why are innumerable.

Swale is a fearless outfit that rolls the dice—musically speaking—with each catchy, bewitching track. They blend the best elements from various genres—including country, soul, indie rock, and pop—to create evocative, edgy sounds that stick in the brain like barbed wire. All four members sing and all four members possess sublime voices that compliment each other across the 15 stellar tracks that comprise the band’s latest offering, There’s No One Here.

Swale began in 2002, brought together by a common gig: they were all members of the house band for a Burlington burlesque show. Since forming, two members have married: today, keyboardist Amanda Gustafson and guitarist Eric Olsen have two children. “The whole nine yards,” Olsen says, “and it all came from playing in the band.” 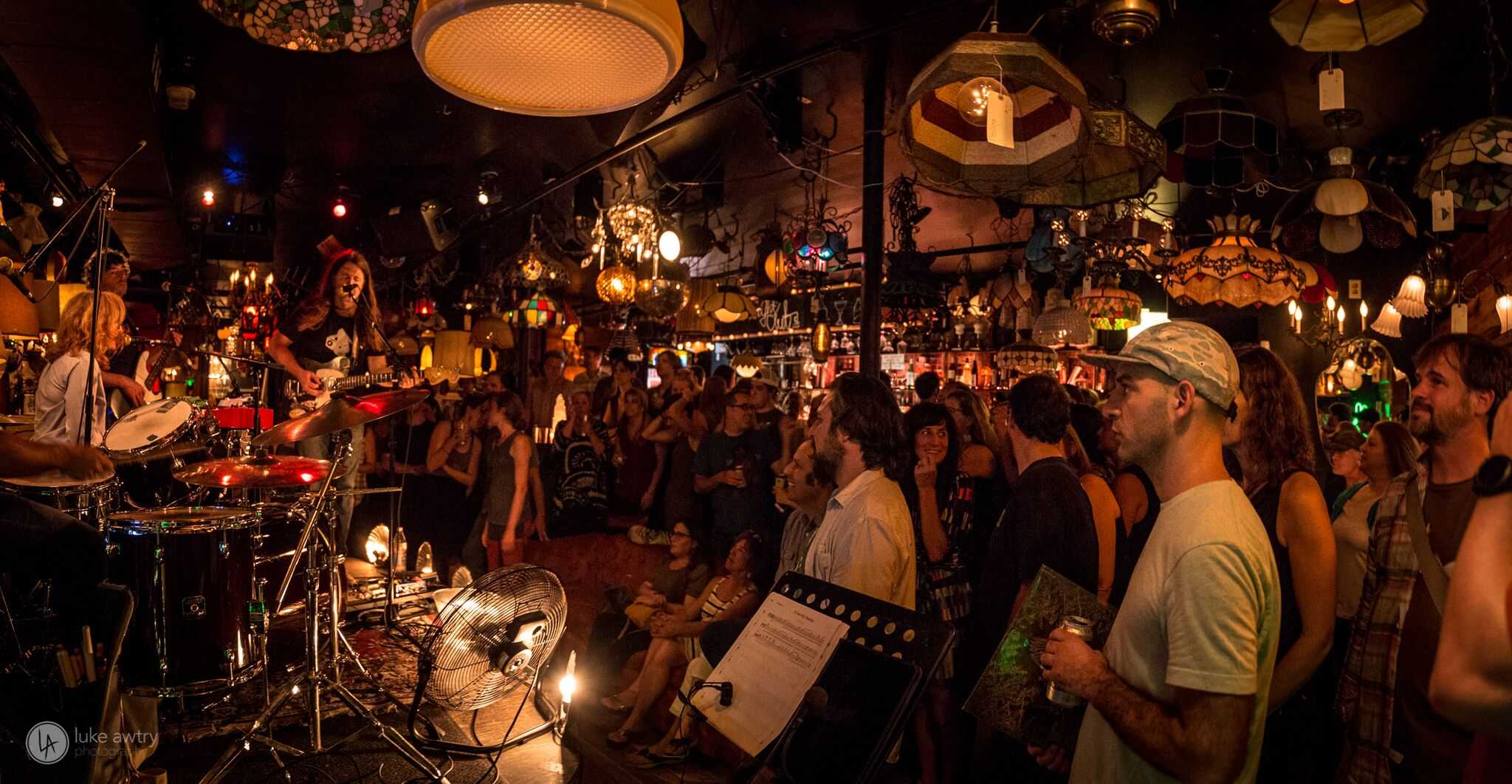 For those unfamiliar with Swale, There’s No One Here wouldn’t be a bad place to start. The double-LP is the culmination of years of creative collaboration and genuinely leaves the listener feeling satisfied. “We feel like we had a lot of success on this one in terms of cohesion and everything,” says Olsen. “It just all fell into place. Not that we haven’t done the job in the past—this one just feels really good.”

The entire band—rounded out by drummer Jeremy Frederick and bassist Tyler Bolles—have spent decades living in Vermont after first calling places like New York and Connecticut home. According to Olsen, Swale’s sound is a byproduct of living in Burlington. “The seasons and the temperament of the people here plays a huge part in who we are and what we do,” Olsen says. “I feel like there’s a lot of Vermont in our songs. [On 2012’s A Small Arrival], we have a song called ‘Middlesex,’ which is all about the town. I feel like our music would be much, much different if we were living somewhere else.”

“We’re kind of entrenched in our lives in Vermont,” he adds. “We’re kind of doing exactly what we love doing, and we are fortunate enough to have people that buy our records and come to see us. We get to record with amazing musicians here. I mean, it’s all there.”

Indeed, Olsen notes, the vinyl version of Swale’s latest is “a fully New England package,” from start to finish. “The record was pressed at a plant in Burlington, we are able to write it here, record it here, there’s pine imagery on the cover,” Olsen says. “I’m not sure what more there is than that, in terms of what’s satisfying for us.”