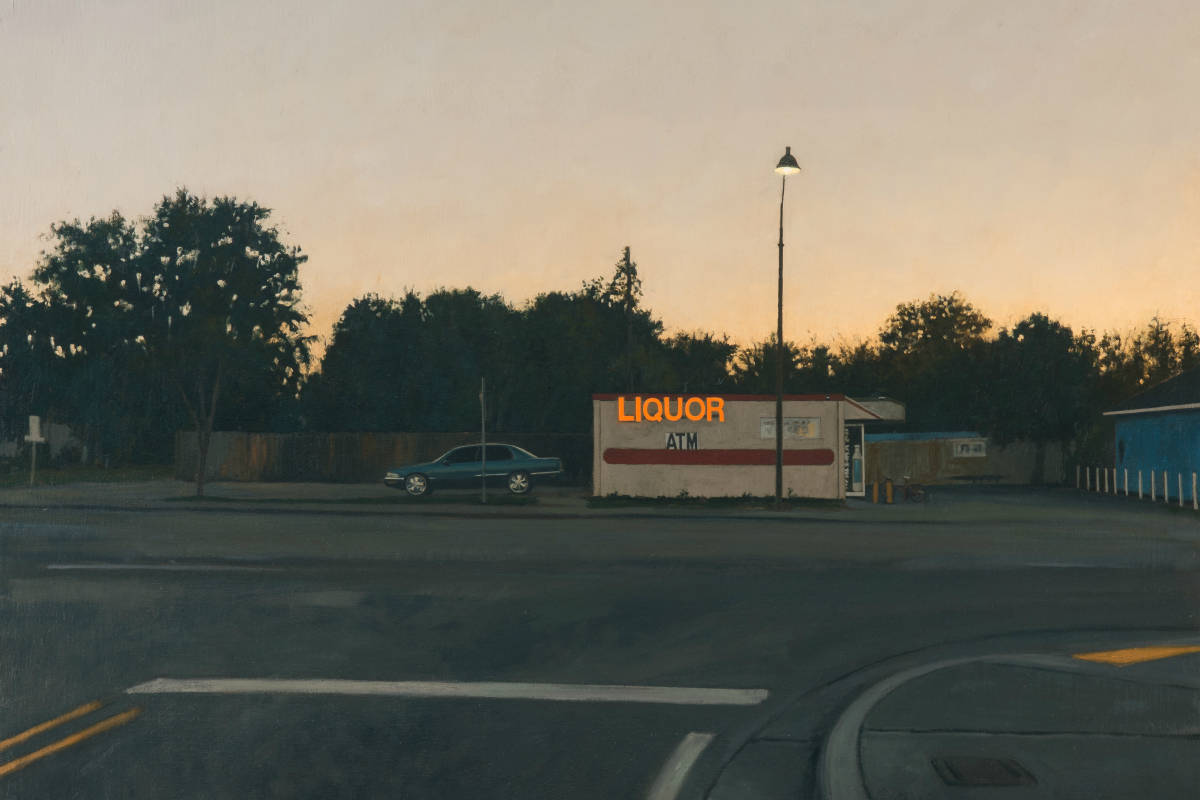 He painted; they wrote. Such was the genesis of Night Stories, a new exhibition and collection of short fiction from Linden Frederick and 15 of America’s best novelists and screenwriters.

Writers have often told the Belfast, Maine-based realist painter that his atmospheric scenes of small-town American locales at dusk suggest a story. Frederick wondered what would happen if he reversed the tradition and had prose “illustrate” his paintings. Night Stories first exhibited from May 11 to June 30 at New York City’s Forum Gallery, which has represented Frederick since 2004. The show, now on view at the Center for Maine Contemporary Art with the accompanying book release, has been nine years in the making.

With the help of author and friend Richard Russo—the two grew up “10 miles apart in upstate New York” but didn’t meet until about a decade ago while they were both living in Maine—Frederick recruited a cadre of writers whose accolades include Pulitzer prizes, National Book awards, an Academy Award, and a Newbery Medal. The list boasts impressive New England litterateurs. Lois Lowry, Lily King, Tess Gerritsen, Elizabeth Strout, and Russo himself represent Maine; Dennis Lehane grew up in Boston, Massachusetts; Andre Dubus III teaches at the University of Massachusetts Lowell. 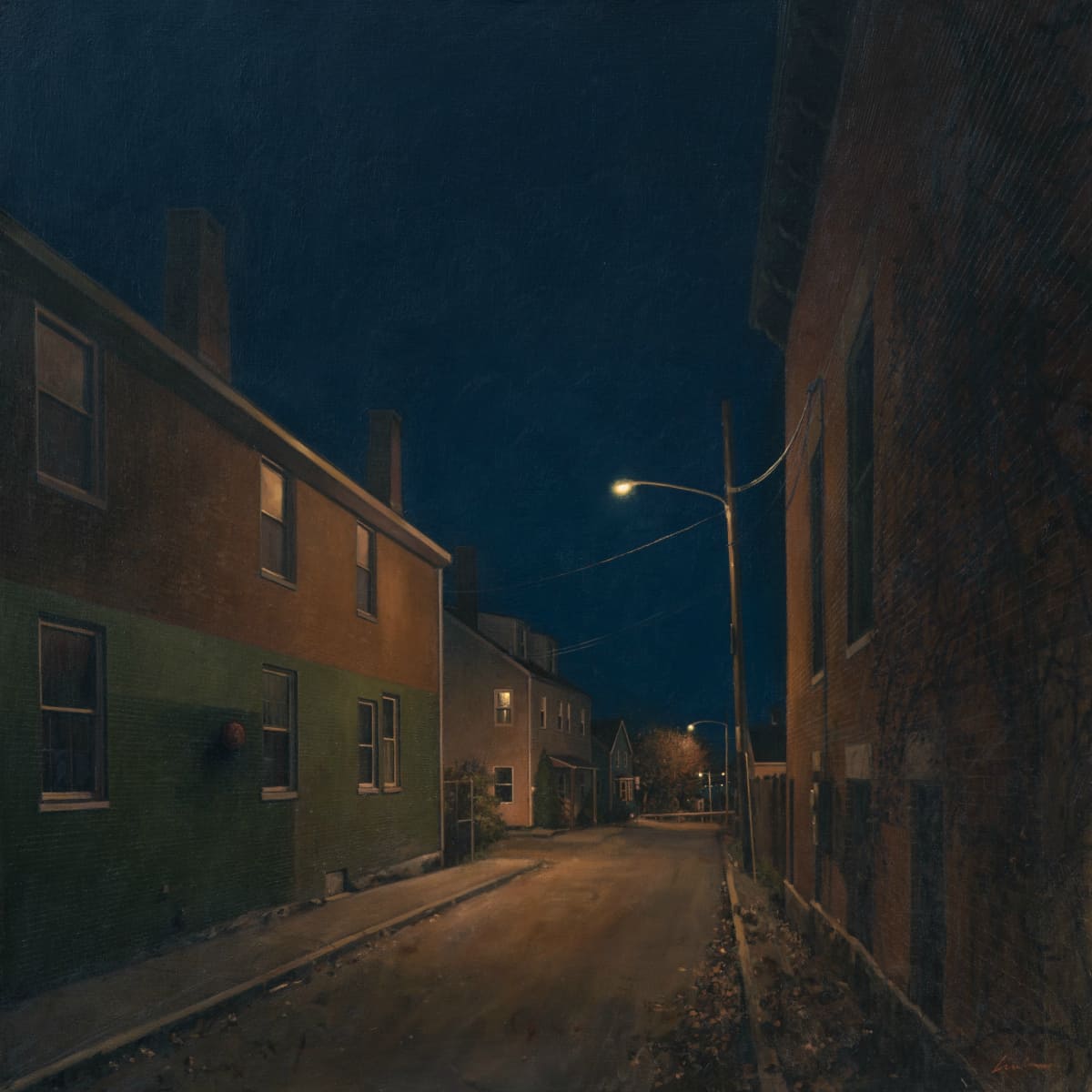 Hollywood screenwriting legends Lawrence Kasdan and Ted Tally also grace the list, as do renowned authors based around the country: Anthony Doerr, Louise Erdrich, Joshua Ferris, Ann Patchett, Luanne Rice, and Daniel Woodrell. Frederick was keen on these 15 writers less for their particular bibliographies and more for their broader talents as storytellers. He provided each of them a 5 x 5-inch study of the larger painting to use as inspiration for a story. Painter and writers worked from there mostly separate from each other, although “in a couple of cases,” Frederick says “I got the stories back before I finished the big pictures,” and used some ideas from the narrative in the final painting.

The fiction component of Night Stories tracks small-town characters through situations that alternately evoke yearning, remembrance, regret, or tenderness. It’s alarmingly intimate writing often tinged with the melancholy that Frederick captures through his use of light and space. “I think the melancholy is important,” he says. “Melancholy is not entirely a negative emotion. Sometimes it’s pensive, thoughtful, contemplative.” 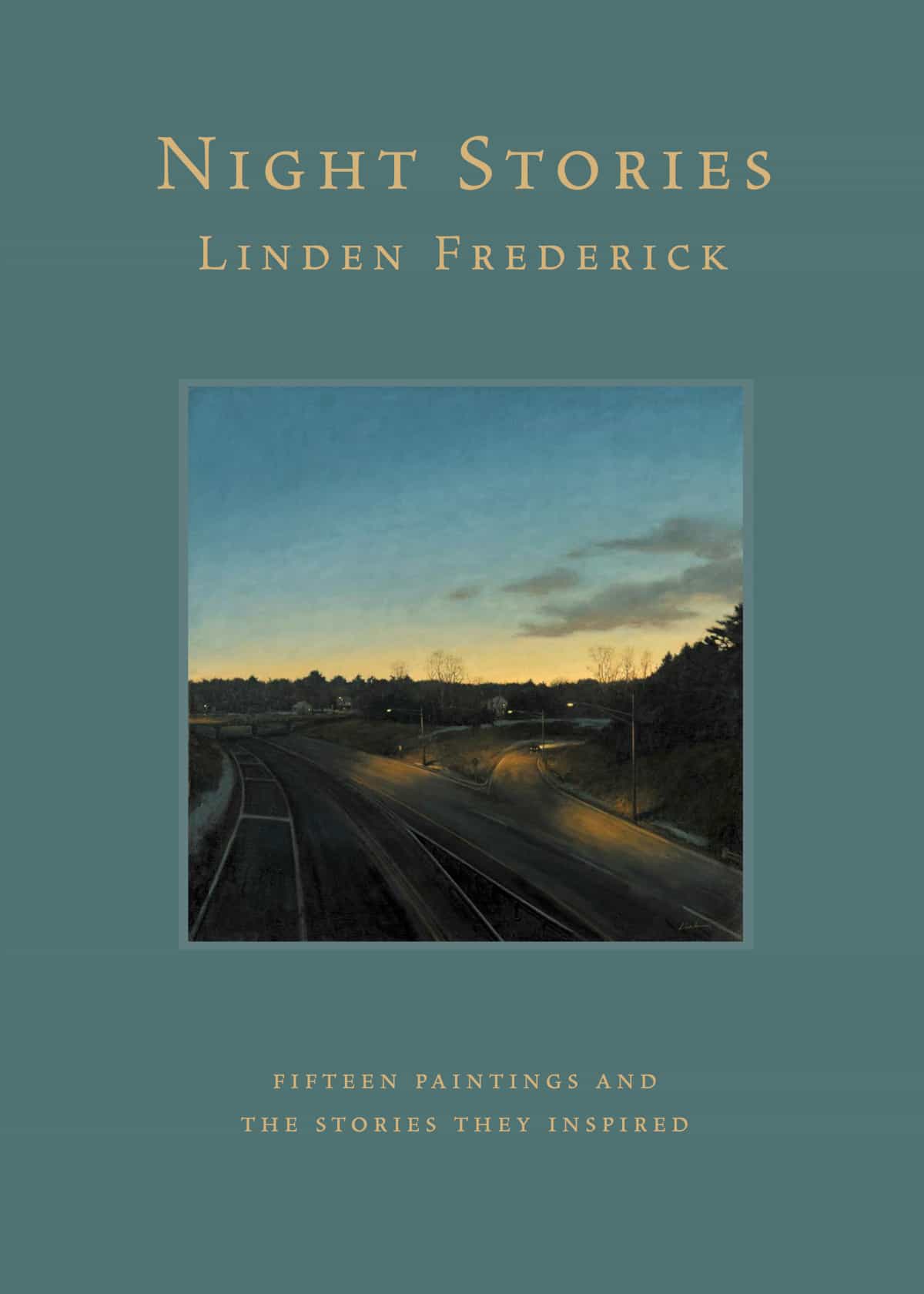 Frederick focuses on mood more than narrative when he works. “I never have a specific story in mind. Ever,” he says. “It’s usually I see something and it’s a visual thing, it’s a cultural thing, it’s a personal thing.” He moves carefully from the joy of initial inspiration through the struggle, experimentation, and calculation of his process.

Belfast has been Frederick’s home since 1989, and while it doesn’t feature in all of his work, he does find the town generally inspiring. “I don’t think it’s quite like everywhere else. There’s still pockets, there’s still storefronts, there’s still the lonely gas station that hasn’t been gentrified or modernized totally. That to me is just interesting.” 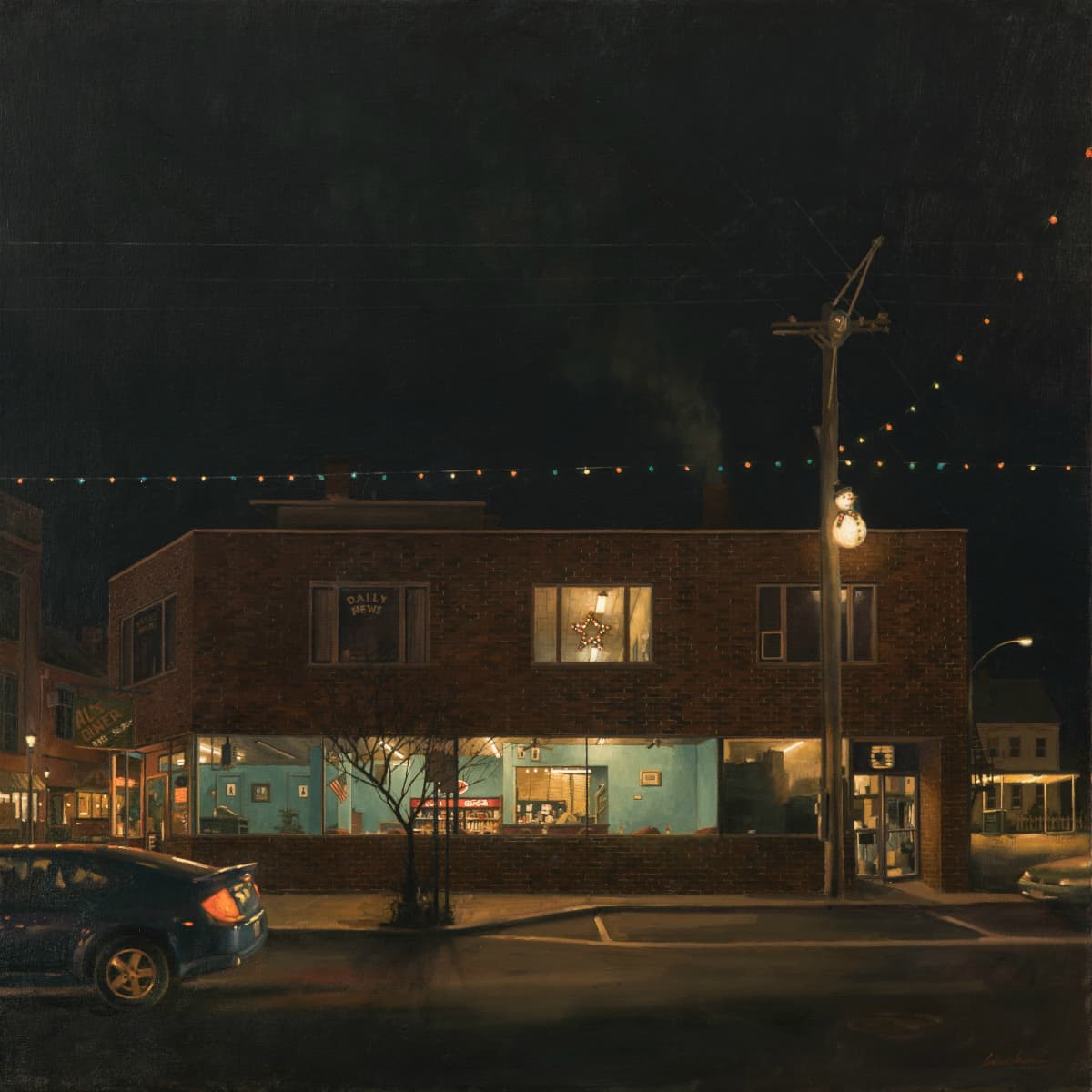 “Writers on the other hand—they’re the ones that use words to do what I do visually. So in this partnership we’re giving the viewer, the reader, kind of a double whammy. And I think that’s why this show has worked so well because it’s a double. You’re getting it from both directions: you’re getting the verbal, you’re getting the visual.”

Night Stories allowed Frederick to make the exact kind of work he would normally, only this time the fiction he was told he inspired was fully realized. “It was a culmination of something I’d been thinking about for a long time, which is: what would happen if the top notch creative writer were to take my picture a little further into the realm of a narrative?” he says. “I read the stories with relish.”