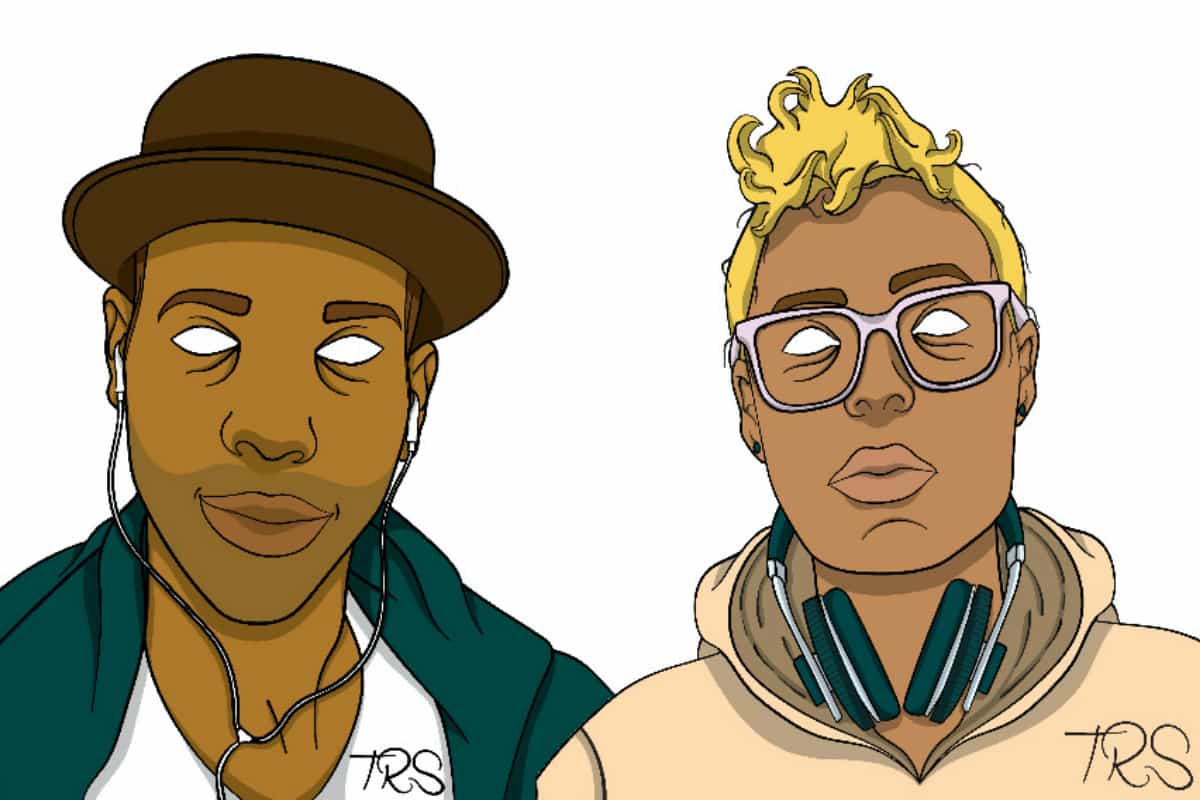 Nasir Thato Marumo and Alfred “Freddie” Kimani host The Rap Scholars podcast, an audio collage out of Western Massachusetts that seeks to facilitate “a new generation of rap criticism,” using “podcast as pedagogy.” As you can tell by the podcast title and tagline, both Marumo and Kimani are academically-minded when talking about hip hop and rap music. However, their approach to criticism and podcasting in general is quite inclusive. The Rap Scholars feels more like a conversation between learned friends rather than an elitist cacophony of buzzwords and academic jargon. Their scholarship and deep knowledge of hip hop and rap music is real, but never isolating.

The Rap Scholars podcast covers a broad range of topics and artists, analyzing everything from the current Jamaican trend in rap to the emotional side of trap. Soon, they’ll have even more voices on the podcast with a new feature called Reason Battles where the hosts and guests face off about pertinent topics in rap and divisive artists within the genre.

We chatted with Marumo and Kimani about their contemporary approach to rap music criticism, misconceptions about the genre, and the true origins of hip hop. This Q & A has been edited for brevity and content.

NTM: For me, this means that we want to use the framework of a podcast and the casualness, tangentiality, and conversational quality of [podcasting] as a way to teach. I had a mentor who basically showed me that the way that I existed was already a form of study. I think black kids are always taught that we don’t know anything and that the knowledge we do have is not legitimate. So podcast as pedagogy is trying to legitimize a conversational study of hip hop culture that is accessible and not elitist, and prioritizes conversation.

Especially when talking about rap music and hip hop in academia, there’s certain ways you’re supposed to talk and certain kinds of things you’re supposed to say. To me, those are the least interesting things that are happening in rap. I learn the most about rap from the people who are actually creating this music, which is young black kids in high school and middle school even. Like 21 Savage—he’s basically a baby.

AFM: I love the diasporic aspect of the podcast. Tying all these conversations back to its roots either from an African Diaspora or Jamaican Diaspora. I think when people get to see where these roots and diasporic vibrations are coming from, it can maybe lead to a more interesting conversation.

Why use podcasting as a primary medium for your message?

AFM: I firmly believe that hip hop is mainly an audio format. I didn’t see any video format being able to highlight hip hop as well as a podcast. Also, podcasting gives us the option to throw in music, dedicating time to the entire audio of a song and being able to speak on that. Listeners can enjoy the song and listen to the narrative we’re building around it. [Podcasting] just seemed to be the clearest way to present these topics.

NTM: I want to be a rap critic and a cultural critic. Podcasting, to me, is the most contemporary way to engage in that kind of analysis. It’s really important to me that we play the entire song we’re talking about and that we bring in other voices, and podcasting allows us to do that.

Once I realized performing was more a way for me to think about and understand what rappers are doing, rather than my personal career path, I immediately jumped to podcasting. For me, it was the next logical step after realizing I didn’t want to be a rapper, because I had the skills to do it. Also, I was having so many in-depth and inspiring conversations with scholars around me who think about rap. There’s not a lot of millennial rap critics; it feels like there’s a hole in the criticism. For example, most of the people talking about trap music in media are shitting on it, calling it “mumble rap,” and saying it’s meaningless.

AFM: Right off the jump, throughout the decades there’s been this misconception, [spun] by a lot of media outlets, that hip hop leads to violence. It’s pitched as a clear correlation by so many representatives and so many leaders. It’s wrongly become this harmful visual and that misconception itself can cause harm. If you’re a person who truly loves this music and sees yourself identifying with a lot of the verbiage behind it, then it’s hard to see yourself fitting into a society that sees this thing you love, and so many do love, as leading to violence. That’s something that’s a constant struggle and has been perpetuated throughout the decades from rap groups like N.W.A. and films like Boyz in the Hood, to rappers now like Kendrick Lamar.

NTM: I feel like there’s so many misconceptions. For me, every time we talk about the origins of hip hop, it starts with DJ Kool Herc who was Jamaican, but that’s where the story always begins and ends, which to me is so false. Hip hop and more generally Black American music and Jamaican music have been in this really interesting cultural conversation since at least the 1940s. Part of my mission is to do a little bit of a revisionist history of hip hop to give credit to Jamaica where it’s due, which is all throughout the entire culture and especially in the history of rap.

In terms of new misconceptions, rap is still a pretty young genre and is made up of so many sub genres. Every five or six years there’s a new kind of rap being made. A new misconception is that the priorities of hip hop are always going to be the same or that the things that make you a good rapper are always going to be the same. But those things are changing as our culture is changing, as new young people are innovating in our culture. There’s a disconnect between what critics expect rappers to do and what their priorities actually are. With the podcast, we want to usher in the new generation of rap criticism that meets contemporary rap music on its own terms.

Top image illustration of Marumo and Kimani by Madda Illustrations