Few things are as wholesome as cracking open a bottle of milk (dairy-based or not). The drink’s infantile banality offers a soothing constant amid the increasingly nightmarish absurdity of our modern world. What could be more comforting than washing down a savory sandwich with chalk water while adjusting your kiddie overalls? Sure, rosy-eyed yearning for the mythic “simpler times” can occasionally produce nostalgic junk (the shallow charms of La La Land come to mind), but some cultural signifiers of yesteryear are well worth revisiting and preserving. One fine example: the mid-century milk cap.

Sitting comfortably at the intersection of careful design and commercial hokeyness, the milk cap was once a signature of the dairy business. The caps handsomely marked a bottle of milk (or buttermilk, eggnog, heavy cream, or orangeade) with its place of origin through two-tone art, multiple font styles, and the occasional aphorism. You may still see some of them around smaller farms nowadays, but these caps have mostly disappeared from containers on refrigerator shelves.

Ryan Arruda, a graphic designer and writer from Rhode Island currently based in Worcester, Massachusetts, took a liking to the caps when he first saw them at the Brimfield Antique Show. Since they’re considerably cheaper than typical relics of bygone eras, Arruda scooped up enough to create Vernacular Circles, a “visual survey” that’s one among many artistic projects in his online workshop Midnight Umbrella. 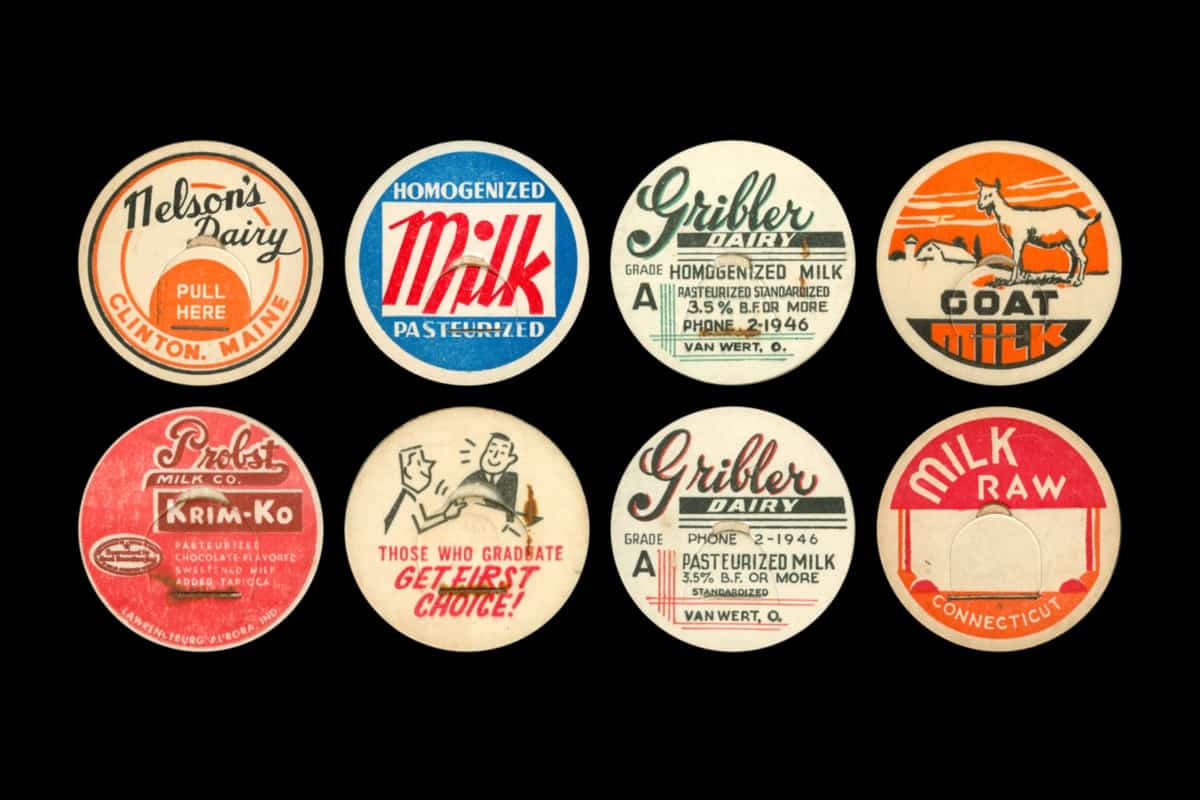 “These graphic artifacts are scrappy. They’re efficient. They have limited resources, but they make as big an impact as they can,” Arruda writes of the milk caps highlighted in Vernacular Circles. “What’s also striking is that these pieces’ ephemeral design feature production techniques—type on a curve, overprinting, custom lettering—whose labor investment is easy to underestimate, especially in comparison to the convenience our contemporary tools afford.” 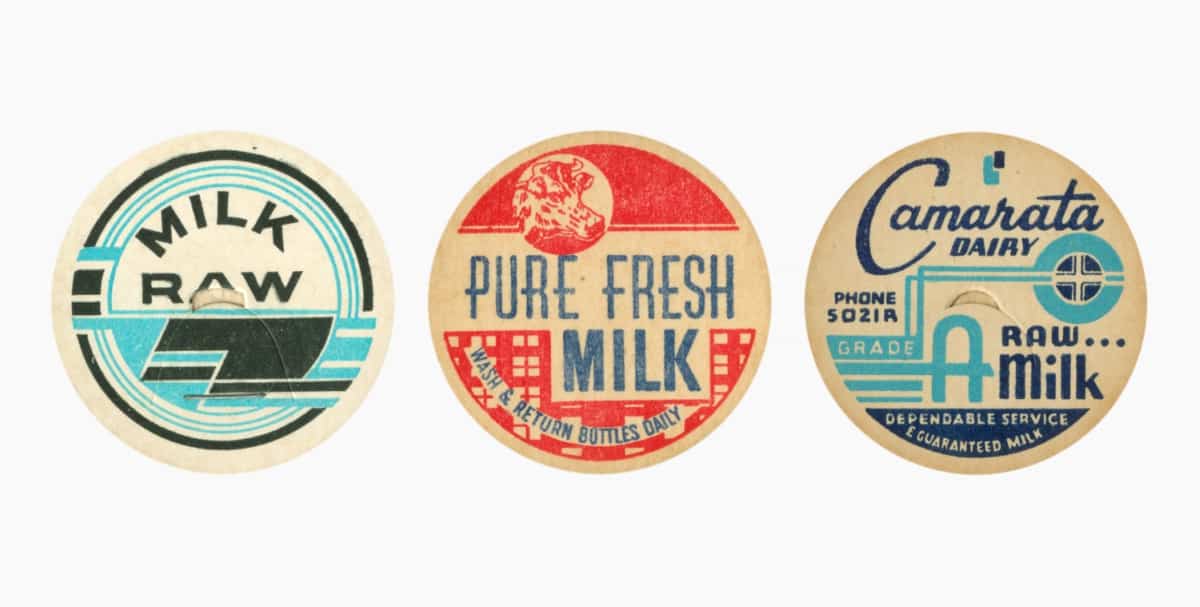 Vernacular Circles includes vintage caps from around the country, but Arruda’s collection features plenty of New England dairy art history. Hillsdale Farm in Tamworth, New Hampshire, Alford Lake Jersey Farm of Union, Maine, and Ira D. Whitney Milk from Stamford, Vermont, are just a few of the long lost establishments maintained for the record. Bottles from these shuttered businesses and other defunct dairies in Connecticut and Massachusetts have previously been up for auction on eBay, further evidencing the value of this archive project.

Its heyday might be behind us, but the microscale art of the milk cap lives on in New England, proof that sometimes the right mix of nostalgia and pure artistic appreciation can go a long way in holding open a valuable window into the finer crafts of the past.

All images courtesy of Ryan Arruda and Vernacular Circles