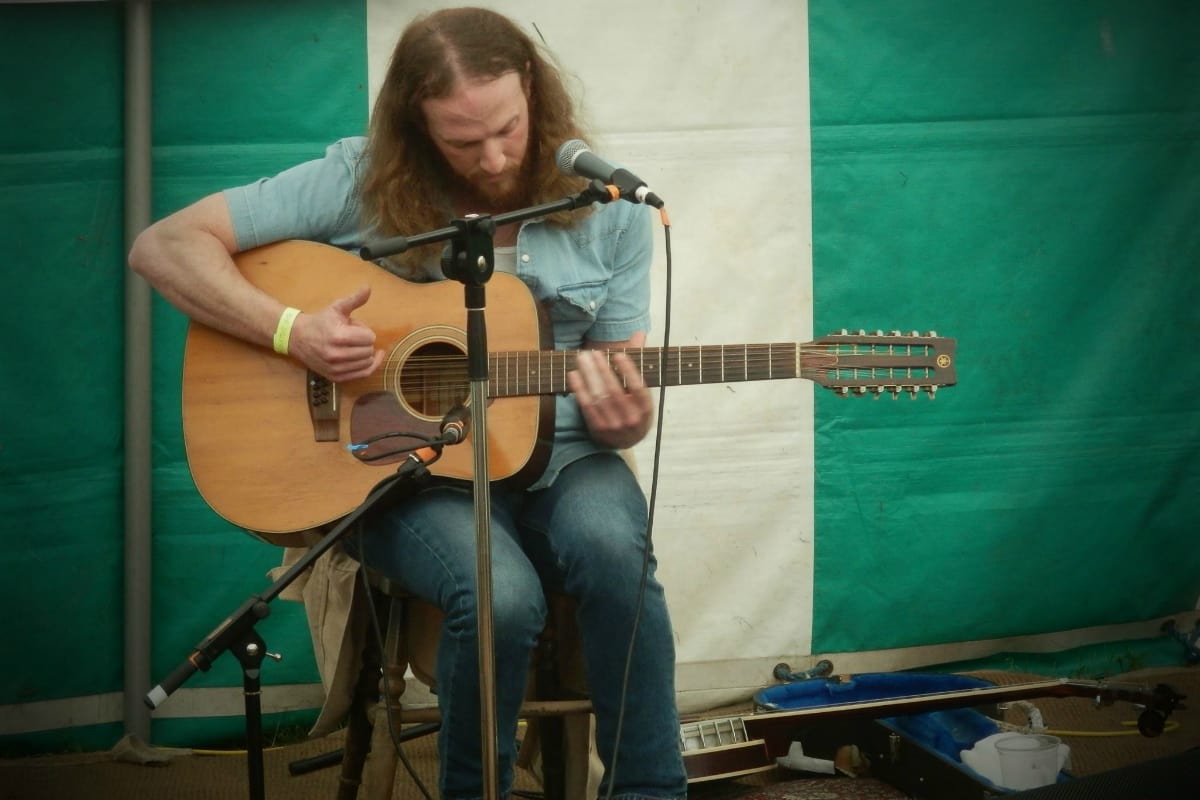 Anthony Pasquarosa wanted to make a spaghetti Western soundtrack. The Belchertown, Massachusetts, guitarist and multi-instrumentalist didn’t let himself get hung up on the fact that he didn’t have a film to score. He created the soundtrack all the same, a sort of psychic hypothetical score, conjuring shootouts, dusty streets, galloping horses, criminals, and a desert desolation. The record, Abbandonato Da Dio Nazione, is hypnotic and dark, part flamenco flourish, part psychedelic drone, part old-time ramble, part rebel raga. Brooding organ, lonesome slide guitar, and meandering banjo lines all intersect on the instrumental record. The title translates roughly to “Godforsaken Country,” which is, incidentally, the title of the first track on the recording that Pasquarosa, who teaches art in the public school system by day, recorded at home by himself as the spirit struck him.

Inspired by the soundtrack to the Charles Bronson spaghetti Western Chino, the main theme of which is, according to Pasquarosa, “basically a hippie folk-rock song,” the guitarist decided to think in terms of a story. “I just started messing around with some ideas,” says Pasquarosa. “The [hypothetical] movie would be sort of loosely based on the life of Cole Younger, who was a real American outlaw.”

Pasquarosa read up on Younger’s life. He felt that a story—a former Confederate soldier who turns to a life of crime, gets captured, serves time, and lives on to be a kind of wild west-show celebrity—had some kind of elemental resonance, something that pertained to a buried national truth, or maybe just a good plot. Younger is also the subject of an iconic old time song, “Bandit Cole Younger,” variations of which were recorded by Dock Boggs and others. The titles for the tracks from Abbandonato Da Dio Nazione are all lines from the “Bandit Cole Younger” ballad: “With Knives, Guns and Revolvers,” “The Robbing of the Northfield Bank” and “Godforsaken Country.”

Old time is one of Pasquarosa’s musical foundations. But he’s a thoroughly eclectic 21st Century player and listener, steeped in punk, classic rock, jam band music, and vintage recordings from the 1920s. The wide-ranging eclecticism applies to his visual arts practice as well; Pasquarosa generally hand-makes limited edition prints to accompany his musical releases, which often take the form of what he calls “strange CD-Rs and tapes.” The cover of his new record includes hand-drawn artwork by Paquarosa, a kind of outsider-art movie poster with a composite image of a guy sporting a third eye, hands loading a pistol, and the contours of a bank building. “I have these ideas and I make stuff, and then I just move on and make something else,” says Pasquarosa. 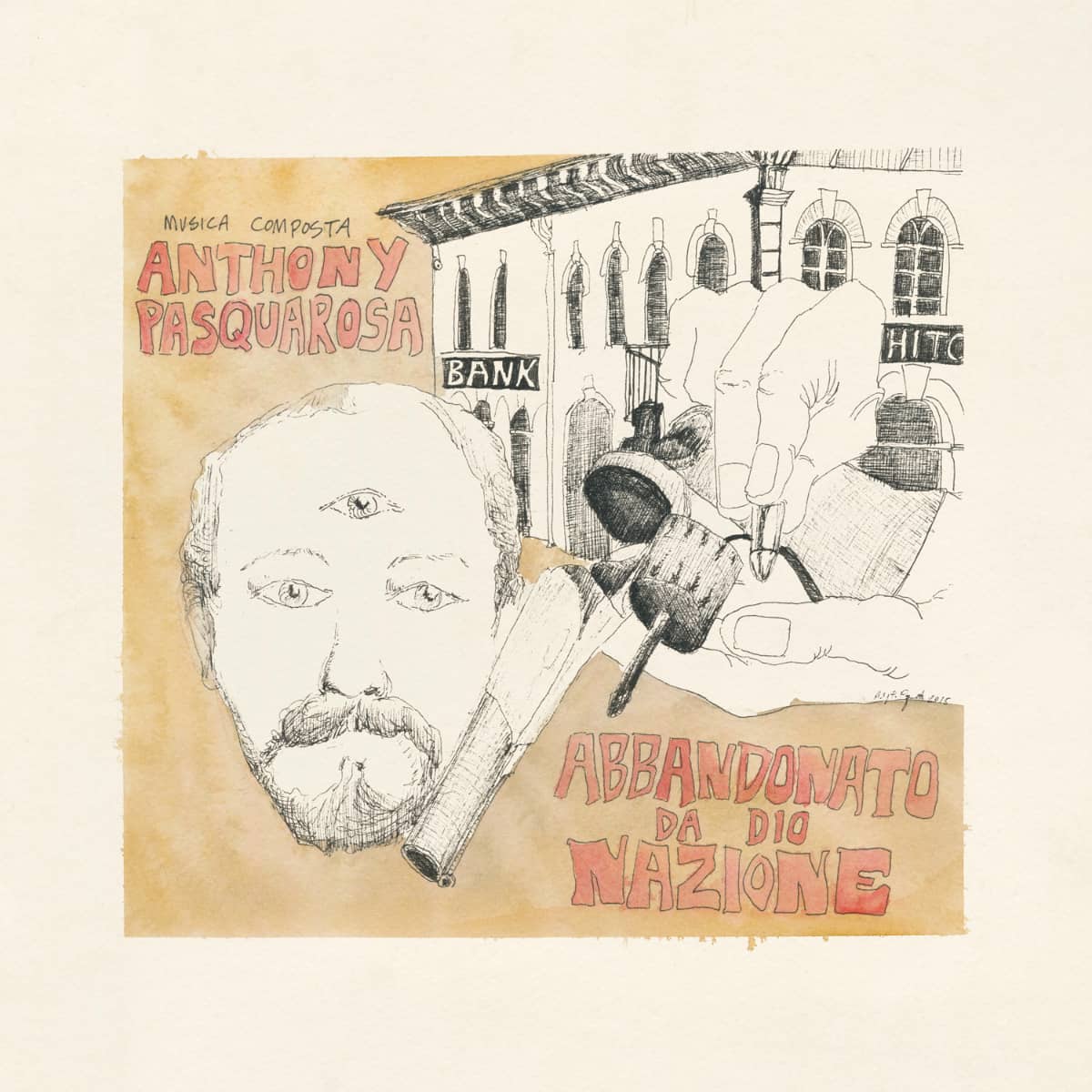 He also coaches JV baseball at the high school in nearby Palmer. (His voice was hoarse when we spoke, maybe from calling out plays.) Pasquarosa, 32, says he’s treated nicely by the art and music communities in western Massachusetts, but he doesn’t necessarily go out of his way to tour in support of his records or to display his visual art in local galleries. His professional life allows him to operate this way. “In a lot of ways, teaching, or having a job,” says Pasquarosa, “it just sort of funds the bad habit of playing music.”

Want to hear what Pasquarosa is listening to? Check out our Take a Listen Spotify channel to hear. While you’re there, check out the playlists of other musicians we’ve featured and the Take staff. Enjoy!