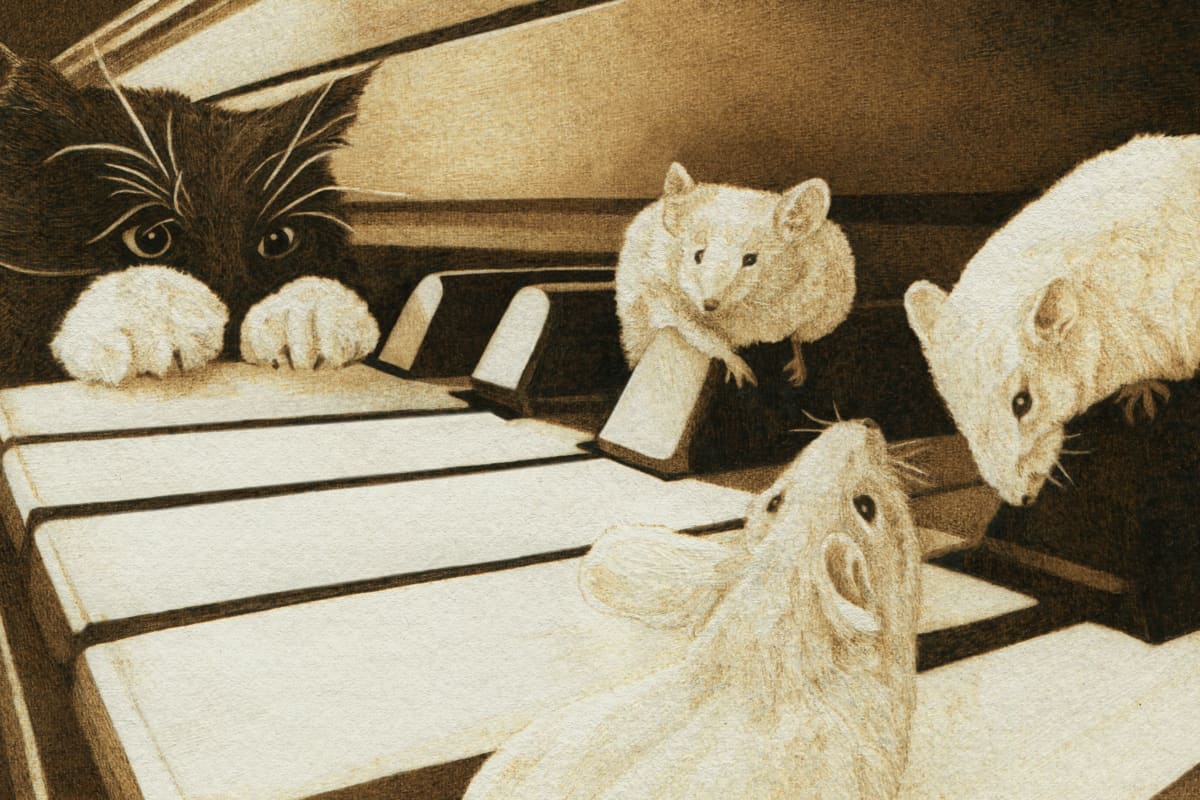 Pyrographer Cate McCauley on the power of using her expert illustration skills to create fine art with a fiery twist.

Cate has been making art as long as she can remember, “As a kid, my first paying gig was getting a nickel for every time I didn’t go out of the lines of one of my coloring books…really, I would never go outside”. Her father, also an artist, inspired her love for working with wood. “When I was growing up, my stepfather designed movie sets for Hollywood, so I got used to working with wood and building things.

In 1975, at the early age of 16, McCauley began her career as an artist apprenticing at a commercial art and photography studio – a year later, she was the art director. Before our era of digital art, she spent much of her artistic time and energy honing her technical skills and would soon be well known for flawless pen and ink illustrations. From mapping the ocean floors to complex illustrations of animals and nature, Cate Mccauley developed her photo realism illustration to a point of perfection. 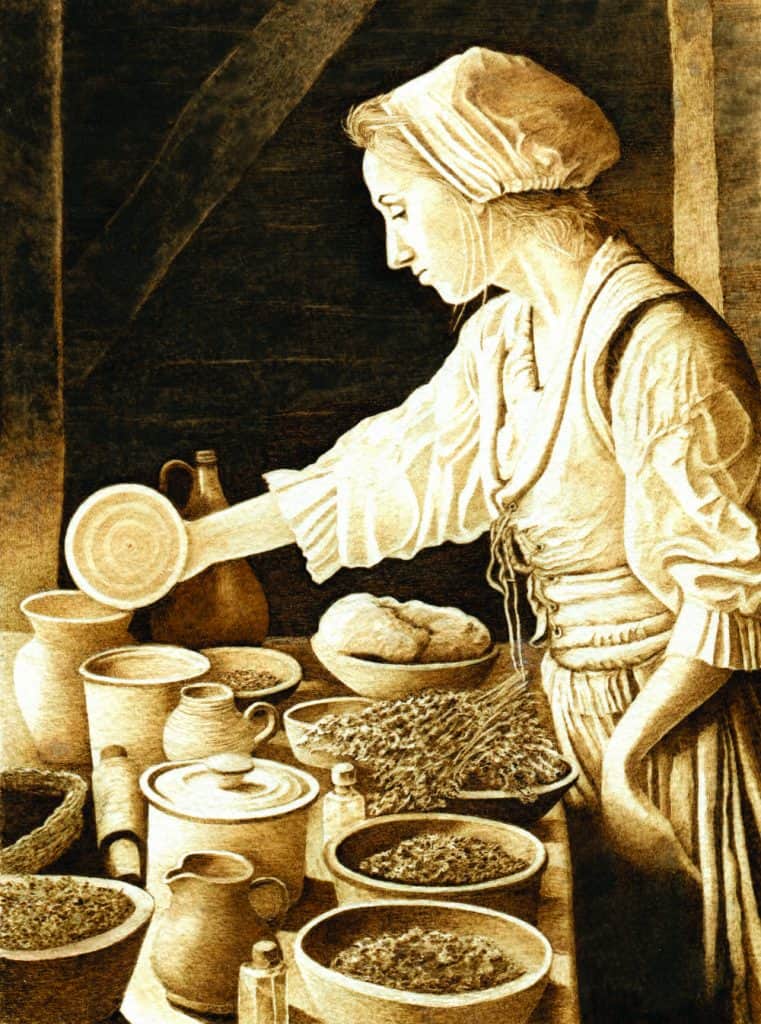 Her introduction to the world of pyrography began with a gift from a friend, “She got me one of those low wattage wood burning sets, and I started out just making little gifts.” Her fascination and skill in the firey technic grew, but did not immediately overtake her life since, at that time, she was still a bit busy running her own ad agency, “…but when my stepfather passed away,” she said, “it was a game changer, and a year later was my first Pyrography art show.”

For those of us unfamiliar with the craft, pyrography, also referred to as “pokerwork” or “wood burning”, is a Greek word that literally means “writing with fire” and the technique dates all the way back to the 17th century. Wood burning needs to be worked on organic, natural materials. Lightly toned hardwoods are traditional, but pyrography can be done on any untreated surface; gourds, leather, certain fabrics and paper. Paper? Yes, paper.

McCauley uses a Nibsburner, an electric machine that heats metal-tipped pens to 500-900 degrees Fahrenheit. The ability to control  temperatures enables McCauley to create depth and shade by creating different tonal values of the strategically burned wood or paper. Although she started out making most of her illustrations on Russian Birch plywood, she now uses mostly specialized paper in an attempt to choose more sustainably sourced materials. 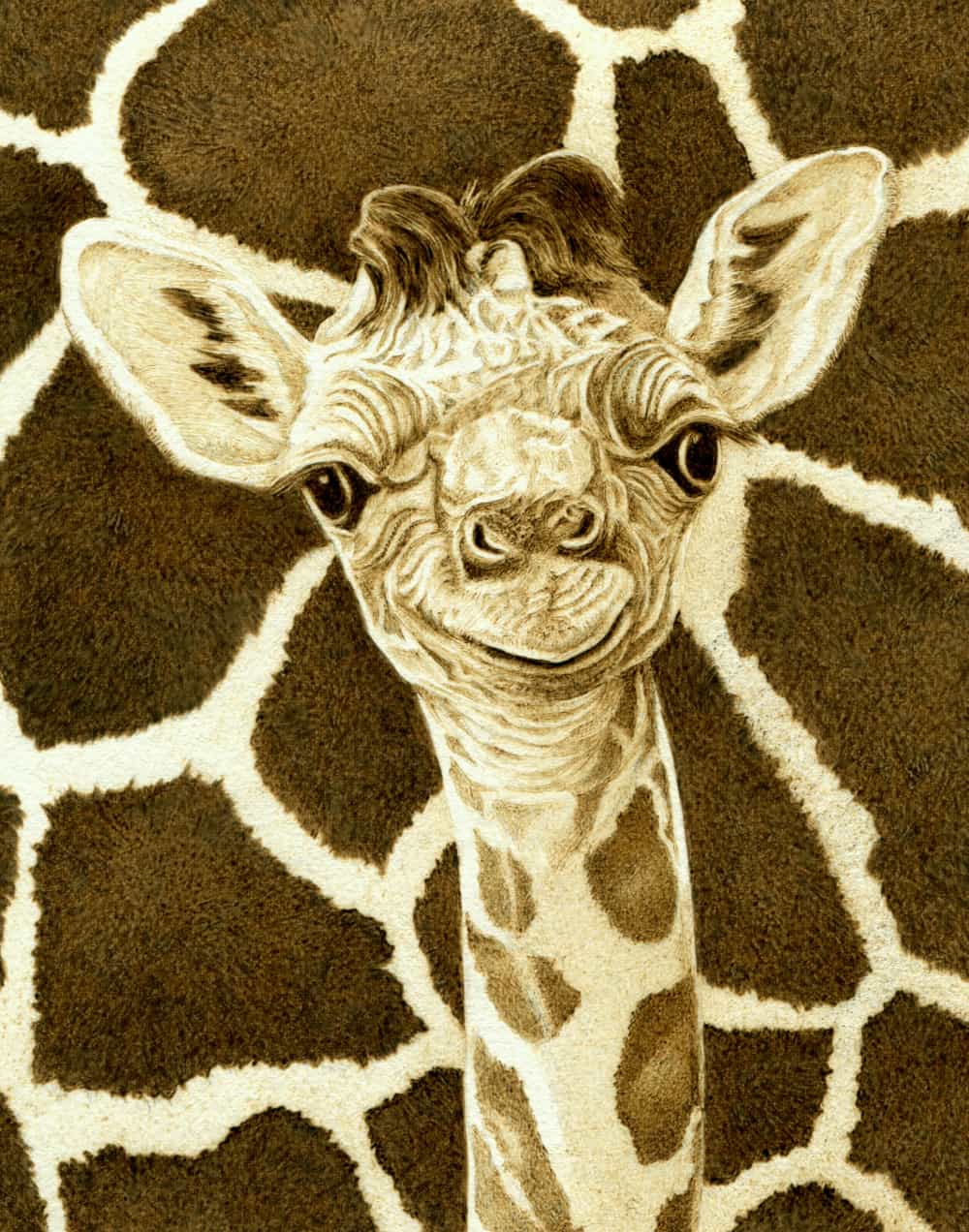 McCauley uses a type of heavy-weight, cold pressed, watercolor paper, whose natural cotton fibers enable a wide variety of burn contrast, giving her work richer sepia tones and a deeper hue variation relative to her works on wood. Her background in finely detailed line work renders beautifully with this highly specialized technique, her subjects seem to live inside the page. It’s a tremendous amount of steady work considering each piece can take between ten and fifty hours, depending on the level of detail and size.

Her flamed work has been exhibited at the Warwick Museum of Art, the Audubon Society of Rhode Island, and countless art festivals, including the hugely popular Scituate Art Festival. She can be found more often than not in her studio (which is bigger than her house!) fingers aflame, imaginatively capturing everything from the owls in her backyard, to the daily chores of a kitchen.

Cate McCauley is a pyrographer and a photographer living in Rhode Island. Be on the lookout for Cate’s work at the Artists for the Bay Show & Sale December 1, 2016 though January 31, 2017. To see more of her work, head over to her website.