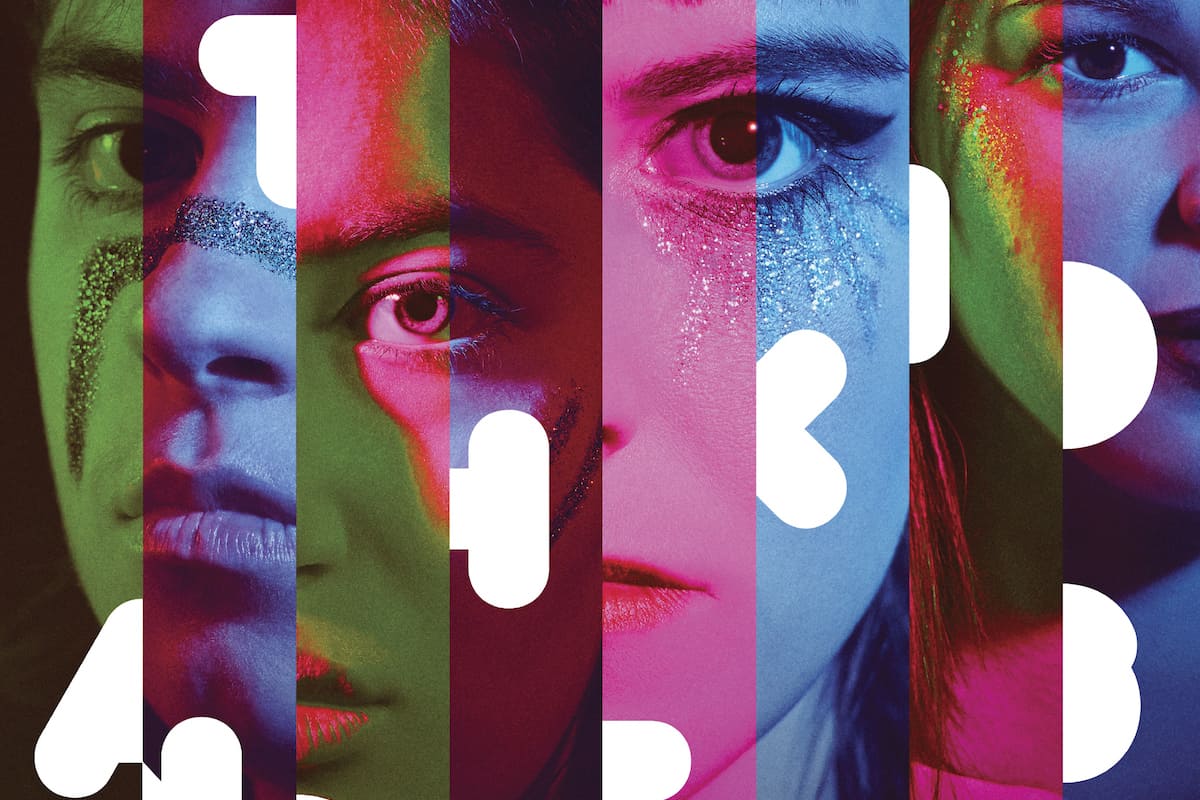 This article originally appeared in our April/May 2016 print issue.

It’s a cold day in January when I speak with Hannah Mohan, guitarist/singer and primary songwriter for the western Massachusetts-based And the Kids, who calls me from amidst a month-long recording session at Montreal’s Breakglass Studios. Friends Share Lovers, the 10-song album they’re crafting with the aid of Canadian producer/musician Jace Lasek, is scheduled for release in June on Northampton, Massachusetts’ Signature Sounds label.

“We’re in the studio only during Mercury in retrograde,” Mohan notes, referring to the astrological phenomenon that’s customarily associated with confusion and delay.

Part of the reason the band is recording in Montreal is that keyboardist Megan Miller is Canadian and had the unfortunate experience of being deported from the United States a while back. New York native Taliana Katz, who had just begun playing with the band when they performed for National Public Radio’s Tiny Desk Concert series last June, has assumed bass duties and was unceremoniously tossed into “the mom van” for two North American tours with the bands Highly Suspect and Ra Ra Riot, including a stop at Austin, Texas’s requisite South by Southwest rock roundup in March.

“I had just gotten back from India and moved up to western Mass. from New York,” Katz says of her whirlwind induction by fire. “When I got there, we talked about Tiny Desk and decided that it probably wasn’t a good idea for me to play it because I had just started. But when we went to the label to do a preview of the concert, we tried it as both a trio and a Hannah-[and]-Becca-[Lasaponaro] duo, and [Signature Sounds] decided that it would be all three of us. It was a pretty surreal experience!”

When I ask if the band has considered moving to a big city like New York or L.A., their answer is appropriately adventurous.

“We are constantly considering every city we go to,” Mohan laughs. She says she’d like to stay in Montreal but admits that the non-Canadian band members would then likely have similar problems to the border woes Miller has suffered. “Yeah, we already decided—no more deportations.”

The group came together at the Institute for Musical Arts (IMA), a nonprofit music education facility in the hills of Goshen, Massachusetts, dedicated to supporting women and girls in music. The camp was cofounded by Ann Hackler and June Millington, the latter a Filipina musician who fronted the trailblazing early ’70s all-female band Fanny. After Mohan and drummer Lasaponaro dropped out of high school, they were encouraged to see what the place might have to offer them. 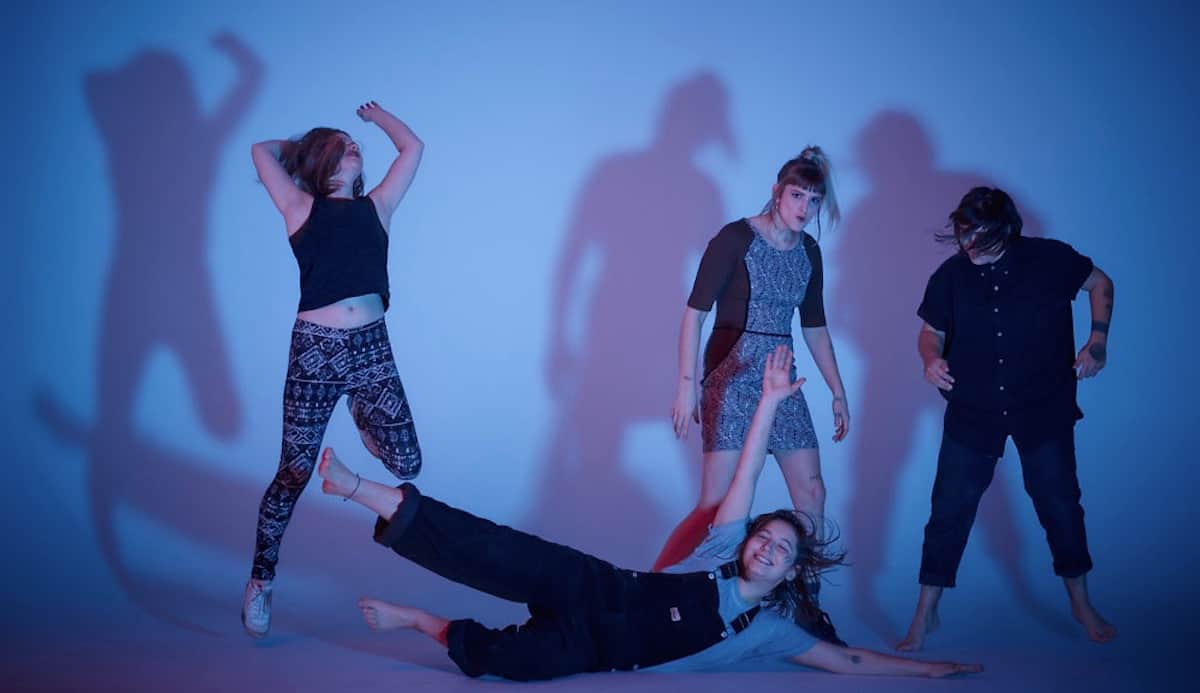 And the Kids | Photo by Pierre Manning

“Our parents sent us to the IMA to make sure that we were actually doing stuff,” Mohan chuckles. The band’s name stems from a Peter Pan-ish tale of teen rebellion and resourcefulness that brought Mohan and Lasaponaro together during their wayward youth.

“It used to be ‘And the Kids and the Pirates,’ ” says Mohan. “We had a group of friends, and we all lived on this island [in the Connecticut River] for one summer. We built a huge fort out of all these tarps and just…lived on this island,” she laughs. “Sometimes we’d go out for supplies. To everyone else we were just ‘The Kids,’ but to us, we were ‘The Pirates.’ ” The name was eventually shortened to keep it simpler.

The band’s music is, like its musicians, unusually original and not at all constrained by any conventional pop sensibility. Buoyed from a young age by a strong network of supporters, they’ve been allowed to grow artistically in a way that is rare in the music biz—a way that is perhaps aware of the commerciality of the medium but not at all beholden to it or even that interested in it.

Frontwoman Mohan is a striking individual who’s remarkably confident and comfortable in her own skin—skin that’s been customized with unapologetic, unconcealable tattoos including a solid black line that dramatically splits her lower lip and gives her a tribal aura, and the words Folk the System emblazoned across her upper chest.

Her voice sirens in a mellifluous, elfin vibrato from the upper octaves, a sound that makes your spine tingle a little in a rare way, like the first time you heard Judy Garland’s “Over the Rainbow.” Mohan’s singing has been compared to that of ’80s punk/new wave icon Siouxsie Sioux, though she points mostly to more contemporary artists like Feist and Arcade Fire as influences and even some much older favorites like Buddy Holly and Jimmy Rogers.

“I grew up listening to country music. Oddly enough, my parents were really into pop country. And then I met Rebecca, and I started listening to ’60s rock. That’s kind of where I think the structure comes from, and then…I don’t know, I like noise music…a lot of different stuff.”

Lasaponaro has added to the mix some interesting percussion—another quality that gives the band a unique sound—including sleigh bells and glockenspiel, an instrument she describes as “what I imagine magic must sound like.”

She adds, “I think the percussion instruments add a little ear candy to the music—something people are maybe not expecting to hear, and when they do, they’re like, ‘What was that?’” 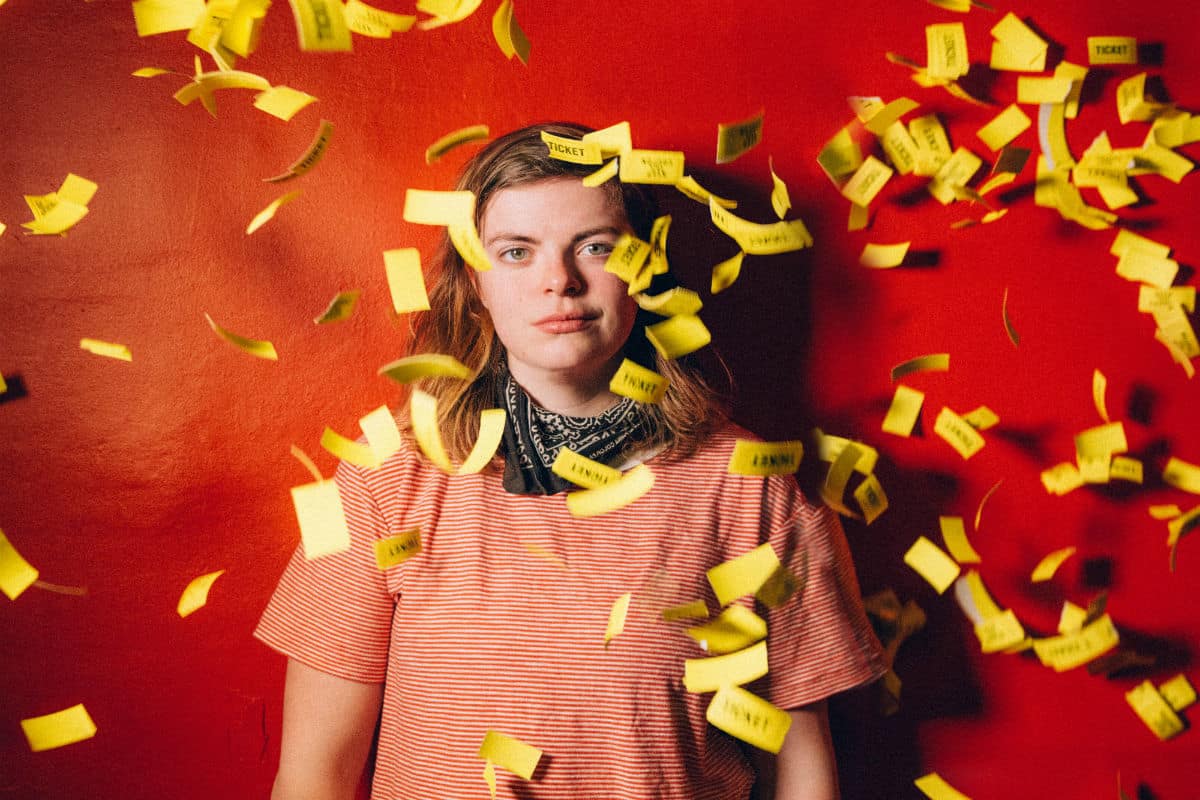 Abbie Morin: Working 9 to 5 And Then Some