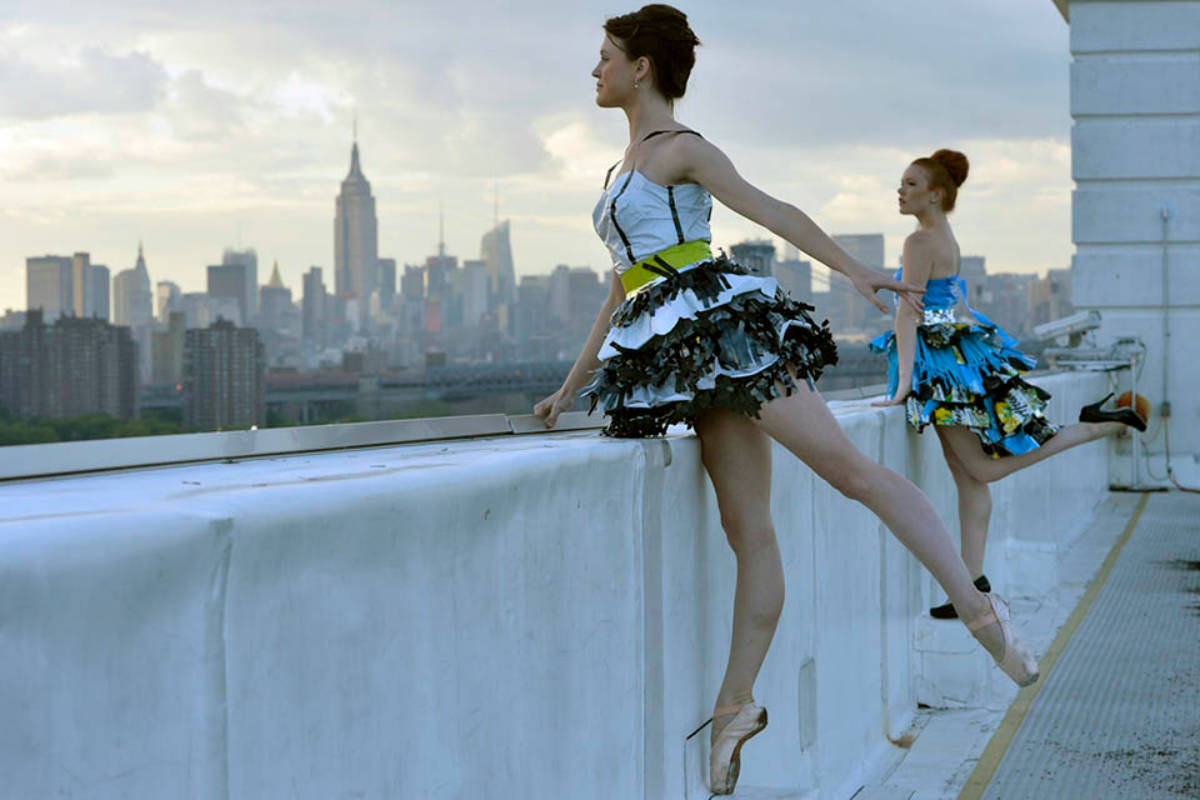 At Hartford’s Trashion Fashion, students and designers show us what can happen when we turn garbage into wearable art.

Some people look at the breadth of our planetary pollution problem—in particular the plastic clogging our oceans and seas—and just throw up their hands. Amy Merli started Trashion Fashion, a Hartford-based program that uses fashion and design to educate communities about the problem of waste. By turning unrecyclable, uncompostable materials into wearable art, Trashion Fashion sends a strong message about what we choose to throw away, and the possible opportunities beyond the garbage bin that exist for items like K-cups.

Merli, whose background is in stage management and dance, launched the idea in 2011. “It was one of those things I saw at a runway show,” she says. “I saw something made from trash and I was like, ‘Oh, that’d be really cool to put that together, but bring it together with dance.’” 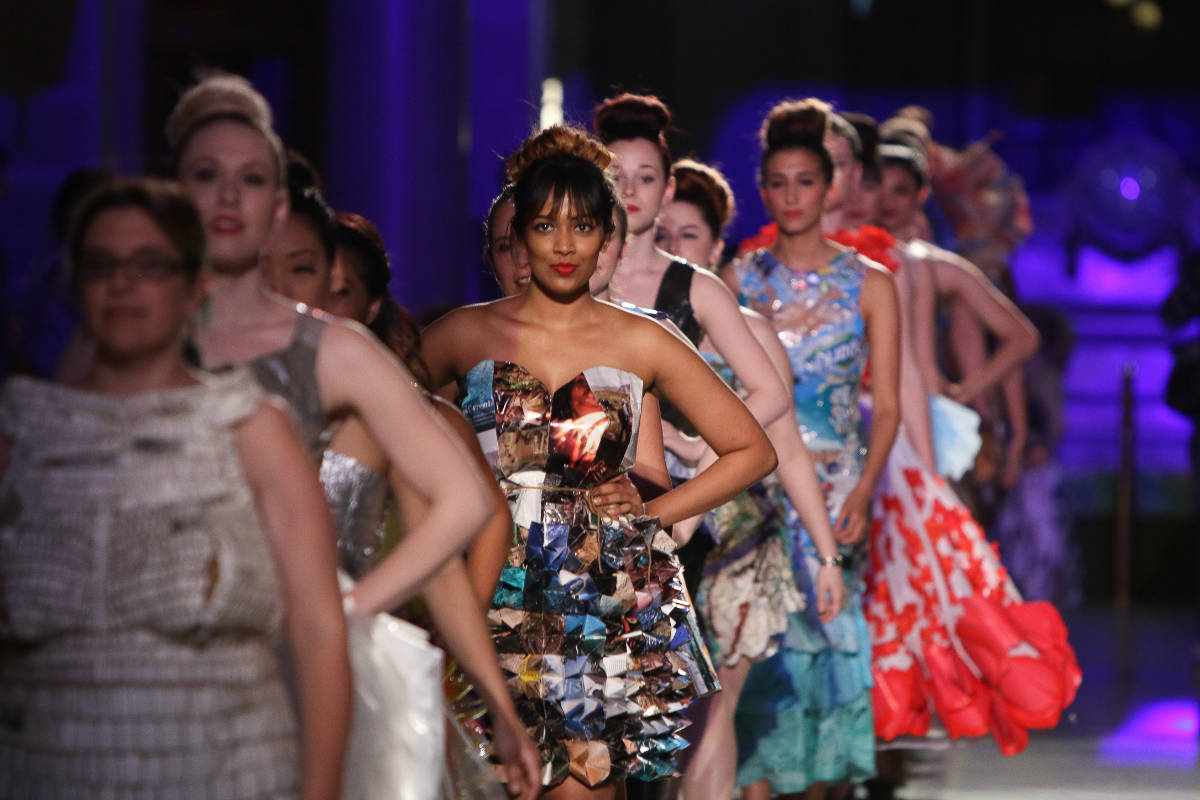 Since that first trash-as-fashion show, Trashion has grown throughout Connecticut and expanded into New York and Washington, D.C. Trashion Fashion visits schools and, online, has reached 45 different countries, many of whom have contributed designs to Trashion Fashion shows.

There’s a “nice, growing movement of environmental enthusiasts and activists” in Hartford, Merli says, which is something she loves about the city. Connecticut’s efforts in general to be a green state have kept Merli here since childhood. She grew up in Harwinton, where her mother strictly enforced recycling, and studied dance at the Hartford Conservatory.

Now, she finds herself surrounded by likeminded people with similarly enthusiastic ideas about upcycled trash. “Last year, we had this artist who had been collecting gum wrappers since the ’70s,” Merli says. Other students and artists have used little bits of plastic and styrofoam to create clothing, or old wires and CDs, shower curtains, bubble wrap and, of course, K-cups. One person made a piece out of crotcheted VHS tapes. 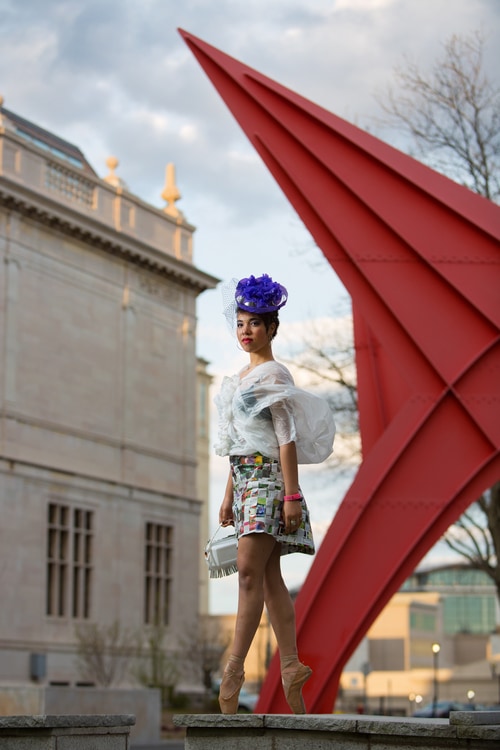 Merli encourages her designers to use materials that can’t be recycled. If you glue together and paint a bunch of tissue and newspaper, you’re essentially rendering formerly recyclable material into nonrecyclable material, which is antithetical to the spirit of the show. By focusing on garbage that truly can’t be reused, she says, you start to pay new attention to the little items we throw away but don’t think about.

“People who come to the show or the designers who are involved, as they start to investigate their lives, they’re not passengers,” Merli says. “They’re active members of life and society. And they’re like, ‘Oh, yeah, there’s these little doohickeys that I get at Home Depot and can’t throw away.’ Thinking of trash this way is “an investigation of your whole world,” she says. “I’m giving people trash OCD.” 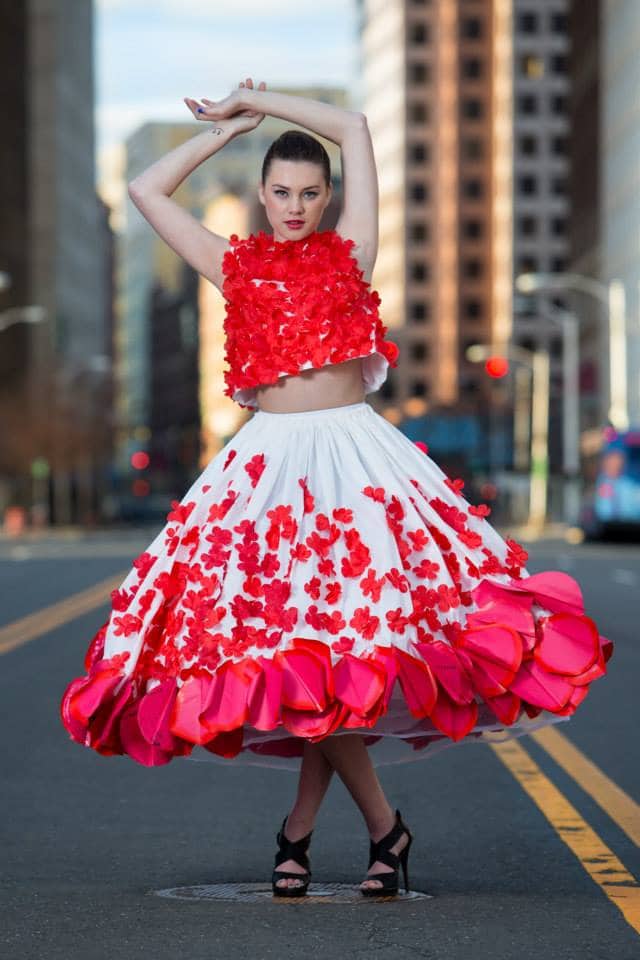 That’s the objective of Trashion Fashion: to start a dialogue. “This is a a platform for something we all connect with,” Merli says. “We want to have that conversation. ‘Wow, that’s made from what?’ And it’s like, ‘Let’s talk about this. Let’s go into it.’ We use fashion to make a statement. To actually make change.”