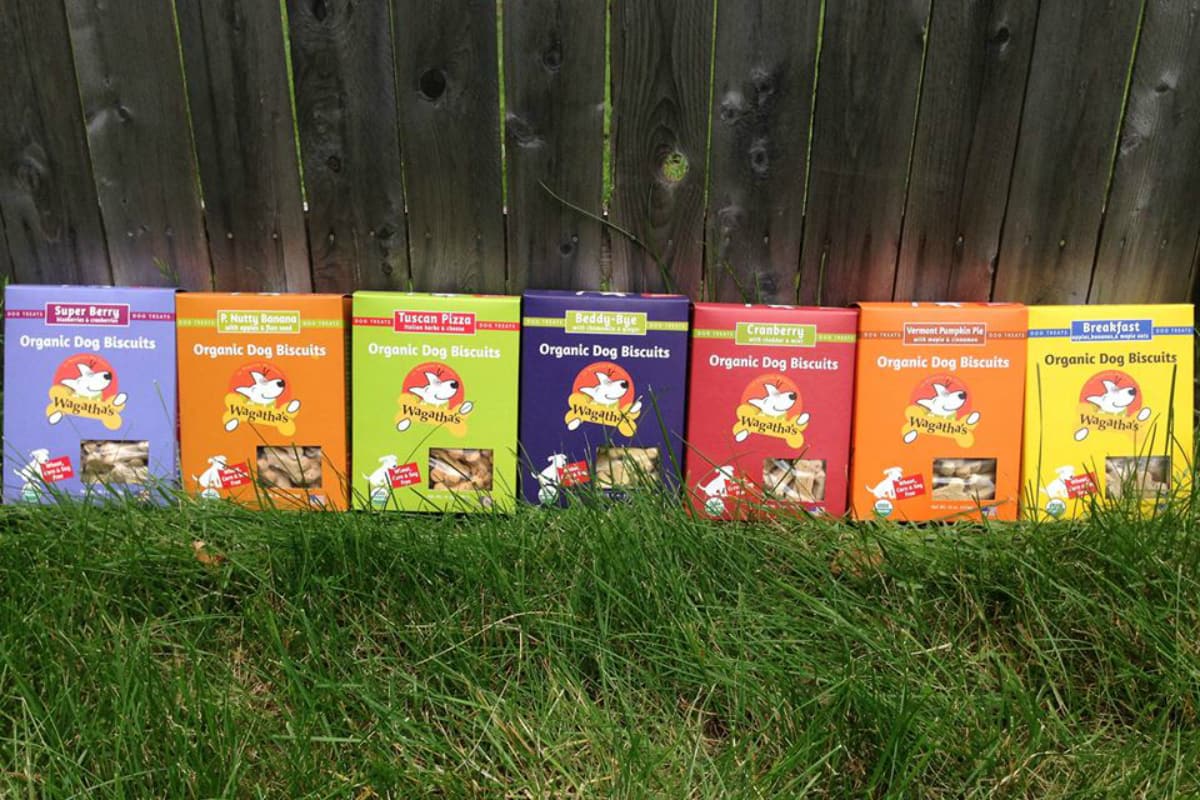 Before Wagatha’s, Neil Reilly was a commodities trader. More specifically, he spent 20 years yelling and screaming in the cotton futures trading pit.

Like many New England transplants, Reilly moved to Vermont in the late ’90s to escape the full-time chaos of the trading pits in favor of a better place to raise his family. In search of the right opportunity to partner with someone of similar values to build a company with integrity, humor, and friendship, Reilly met former business partner Norman Levitz, a chef and culinary educator.

Levitz recently stepped down, but the organic dog biscuit company they built together, Wagatha’s, is thriving 10 years later. Production has grown significantly from the initial product launch in 2007 of one toasted whole wheat biscuit sold in one Vermont pet store. Now Wagatha’s biscuits—in 11 flavors—can be found in stores, including Whole Foods, throughout Vermont, Connecticut, New York, Maine, New Hampshire, and Massachusetts. 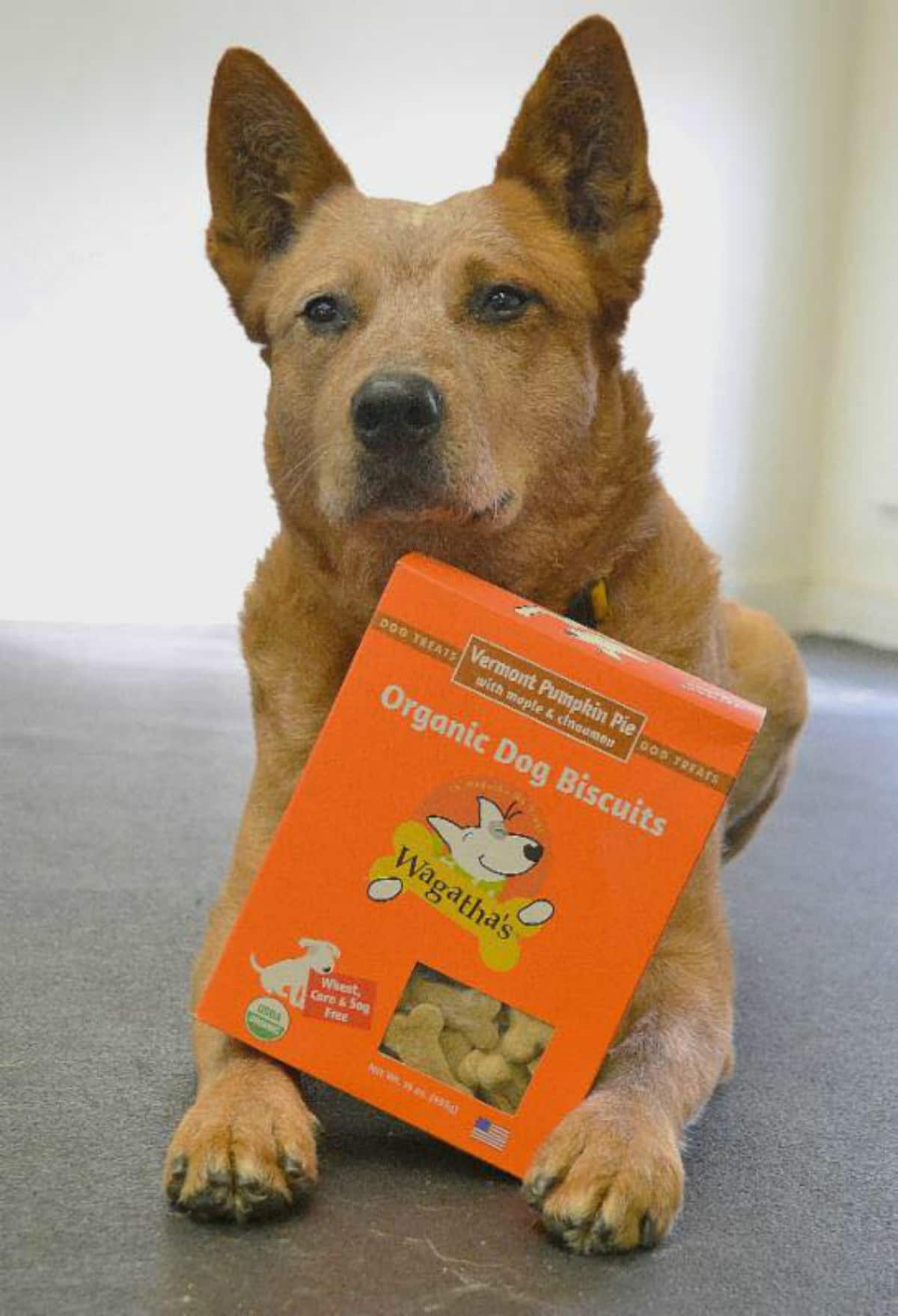 Wagatha’s production takes place in a 4,000-square-foot bakery in Manchester, Vermont, capable of producing 150,000+ biscuits daily. It’s here that Wagatha’s produces its array of versatile flavors, from pumpkin pie to Tuscan pizza to nutty banana. “We are always toying with new flavor profiles,” says Reilly. “For instance, recently we have been discussing the idea of a coconut flavored biscuit; I happen to love coconut and it’s very good for dogs.”

The biscuits are made with only the highest quality organic ingredients. Reilly has his own on-site taste tester—his 9-year-old Cavachon named Maggie. “She comes to work at Wagatha’s and helps us test new biscuit flavors,” Reilly says. “It’s a tough job, but someone has to do it!”

Wagatha’s currently has 10 employees, many of whom have been with the company since its inception. It’s also a family business. “My wife, Erin, who is a singer and songwriter by trade, works at Wagatha’s a few days a week and has even written an incredible story, Wagatha’s Tale, that we hope to incorporate into the brand going forward,” Reilly says. His son, James, also does marketing events for the company, and his daughter, Carly, has been helping out with social media and the website.